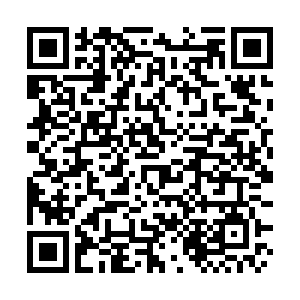 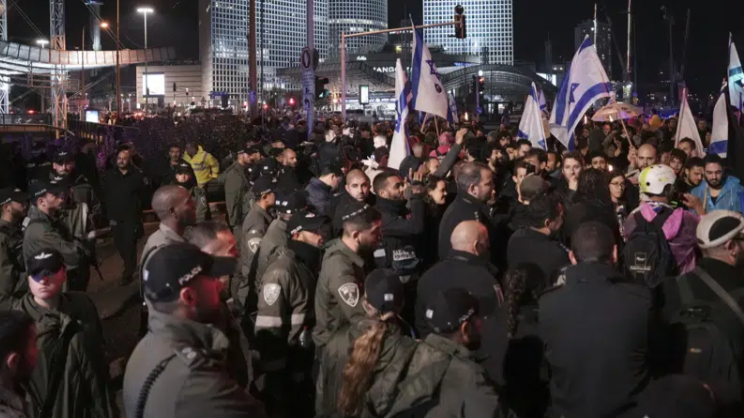 Israeli police officers prevent protesters from blocking a highway during a rally against the government's plans to overhaul the country's legal system, in Tel Aviv, Israel, January 14, 2023. /AP

Israeli police officers prevent protesters from blocking a highway during a rally against the government's plans to overhaul the country's legal system, in Tel Aviv, Israel, January 14, 2023. /AP

Tens of thousands of Israelis gathered in different Israeli cities on Saturday evening to protest the new government's plan to implement widespread reforms of the judicial system.

Israeli media quoted the police as saying that over 80,000 protesters held the main protest in Tel Aviv. Smaller demonstrations were also held in other cities, in what was called one of the largest protests in the country in recent years.

The protesters in Tel Aviv held signs such as "Stop the craziness - fight for our country," chanting slogans against Israeli President Isaac Herzog who has so far remained silent on the controversy engulfing the country.

Last week, Israeli Justice Minister Yariv Levin announced a series of reforms, including giving the parliament the ability to override supreme court rulings with a simple majority. In addition, politicians will have greater influence in the appointment of supreme court judges and legal advisers to ministries.

Opponents say these reforms will weaken the supreme court and undermine democracy in the country.

The new Israeli government, the country's most right wing in history, has promised to implement widespread reforms in several areas since being sworn in two weeks ago. The judicial system has been the focal point of these reforms, which have aroused heated debate and strong protests.