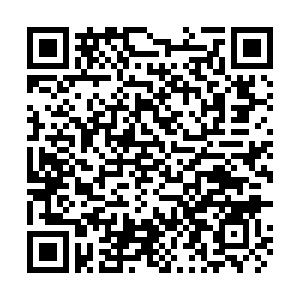 Storm-lashed California is bracing for what may be a final battering of rain and snow starting late Sunday, adding to the damage unleashed by a weather system that has caused severe flooding and killed at least 19 people across the state.

Residents across a swath of central and southern California should prepare for heavy rainfall and snow, with the potential for flooding and mudslides in a region saturated after three weeks of storms, the U.S. National Weather Service (NWS) said.

The latest burst of precipitation is expected to hit the mountain ranges north of Los Angeles and east of San Diego the hardest, dropping 5 to 10 centimeters of rain from late Sunday into Monday, according to Marc Chenard, a meteorologist at the U.S. NWS.

"The worst of it is definitely behind us, but there is still that threat for tonight into tomorrow for some additional impacts," Chenard said in an interview, adding that he expected drier conditions to follow to wrap up the month. 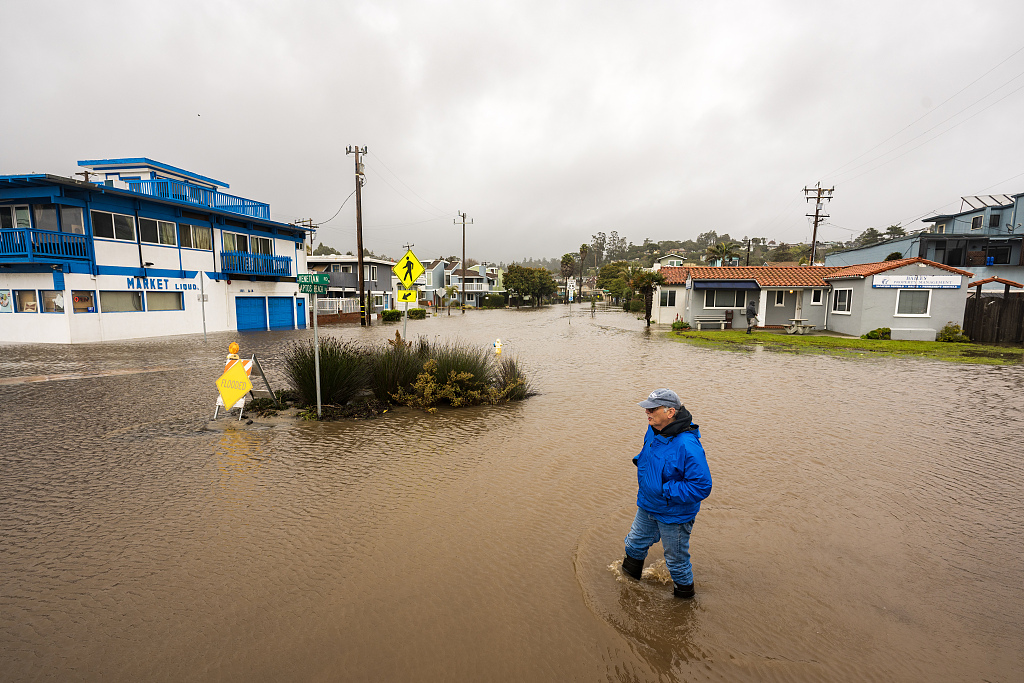 A pedestrian wades through a flooded neighborhood in Aptos, California, US, on Saturday, January 14, 2023. /VCG

A pedestrian wades through a flooded neighborhood in Aptos, California, US, on Saturday, January 14, 2023. /VCG

Since December 26, the Golden State has been pounded by a string of so-called atmospheric rivers – storms akin to rivers in the sky that carry moisture from the Earth's tropics to higher latitudes, dumping massive amounts of rain.

At a briefing on Saturday, California Governor Gavin Newsom cited estimates that 83 to 94 trillion liters of water had fallen in the past 16 to 17 days due to an unprecedented "stacking of these atmospheric rivers."

Newsom urged residents to remain vigilant despite the forecasts for lower levels of rainfall heading into Sunday, as even moderate amounts of rain could cause flooding and mudslides due to the ground being so saturated. The U.S. NWS has in place warnings for possible flooding in areas along the California coast from San Francisco down to the state's southern tip.

Large stretches of central California have received over half their normal annual rainfall since the storms began last month, causing thousands of homes to lose power and prompting the evacuations of entire towns.

As of Sunday morning, 14,411 people were evacuated across the state, said Jonathan Gudel, a spokesperson for the state Governor’s Office of Emergency Services.

One such evacuee was Steve Summey, a 70-year-old Vietnam War veteran who had his RV motorhome evacuated to higher ground due to concerns that the swollen Russian River in Guerneville, about 120 kilometers north of San Francisco, would overflow.

"It rained so hard, my RV shorted out. We are going through a lot of stress. The water came up real close to our place," Summey said on Sunday, adding that recovering from the storm damage would strain his tight finances. "We are hanging in there the best we can."