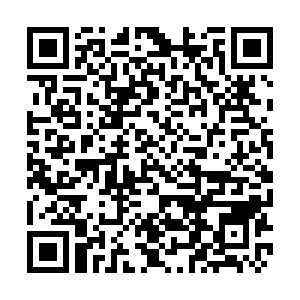 China and Egypt will closely synergize development strategies and accelerate the promotion of major cooperation projects, the building of the Belt and Road Initiative (BRI) and the outcomes of the China-Arab State Summit, Chinese Foreign Minister Qin Gang said on Sunday.

Qin made the remarks while meeting with Egyptian President Abdel-Fattah El-Sisi in Cairo, the capital of Egypt.

He said China and Egypt are like-minded and always help each other, forging a deep friendship in the cause of pursuing development, promoting peace and safeguarding justice.

With high mutual trust and close exchanges between the two heads of state, Qin said a strong impetus has been injected into the China-Egypt comprehensive strategic partnership.

The Chinese side appreciates the Egyptian side's firm adherence to the one-China principle, Qin said, adding that China also supports Egypt's development path suited to its own national conditions and safeguarding its national sovereignty, security and development interests.

China praises and supports Egypt's positive role in promoting peace and stability in the Middle East, Qin said, expressing willingness to jointly promote the region's long-term peace and stability and an early and just settlement of the Palestine issue.

For his part, El-Sisi hailed China as "a great country whose development is unstoppable," adding that the Egypt-China friendship is unbreakable.

He said Egypt will continue to adhere to the one-China principle and firmly oppose any external forces interfering with China's internal affairs.

El-Sisi said that the two countries have jointly built the BRI, which has yielded fruitful results, adding that Egypt welcomes more Chinese enterprises to visit Egypt for investment and business.

Noting that China recently optimized and adjusted its COVID-19 prevention and control measures, he said the Egyptian people warmly welcome Chinese friends to visit Egypt as soon as possible.

El-Sisi also expressed his hope to work with China to strengthen coordination in international and regional affairs to promote Arab-China and Africa-China cooperation. 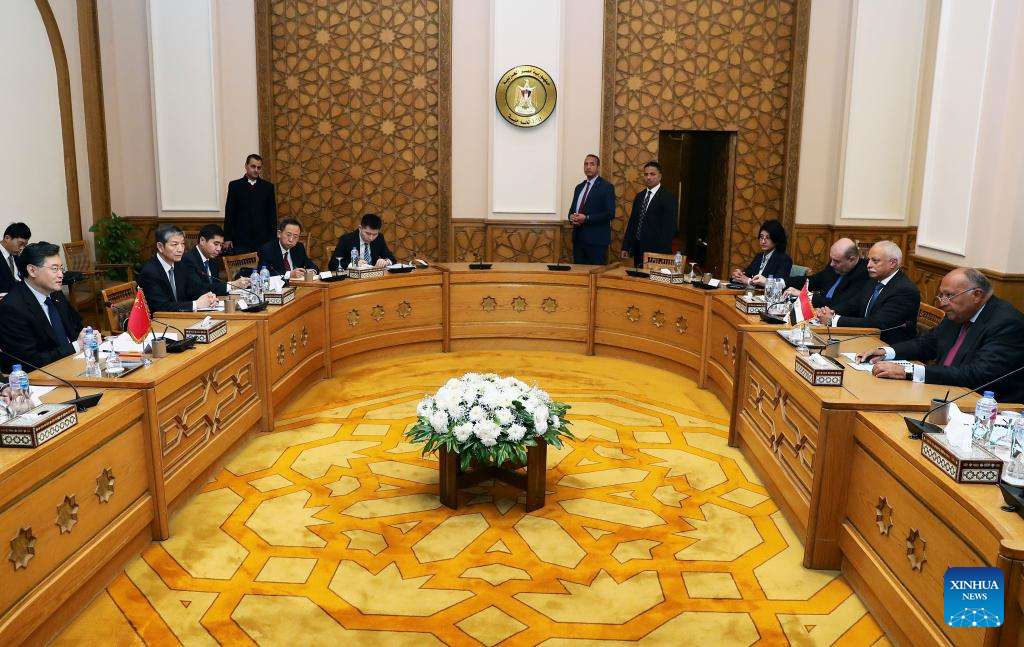 Both foreign ministers spoke highly of the role of China and Egypt in solidarity and cooperation, forging ahead together and the strategic significance beyond the bilateral scope.

The two sides agreed to work together to implement the important consensus reached by the two heads of state, constantly push forward bilateral relations, strengthen multilateral coordination, safeguard the basic norms of international relations and defend international fairness and justice.

Qin told reporters on Sunday that during his visit, both sides exchanged in-depth views on implementing the important consensus reached by the two heads of state and reached a broad common understanding in bilateral relations and regional and international affairs of mutual concern.

Both sides agreed that China and Egypt share solid strategic mutual trust and should continue to firmly support each other on issues concerning each other's core interests and major concerns, he said.

Both sides agreed that the joint building of the BRI achieved fruitful results and holds great potential, Qin said, adding that China is willing to work with Egypt to jointly implement the Global Development Initiative and encourage more Chinese enterprises to visit Egypt for investment and business to achieve mutual benefit and win-win results.

He added that both sides agreed to expand cultural and people-to-people exchanges and promote exchanges in think tanks, youth and media.

The two countries share a similar view and stance on regional and international affairs, he said, calling for closer coordination and joint promotion of the political settlement of the regional hotspot problems to safeguard the common interests of developing countries.