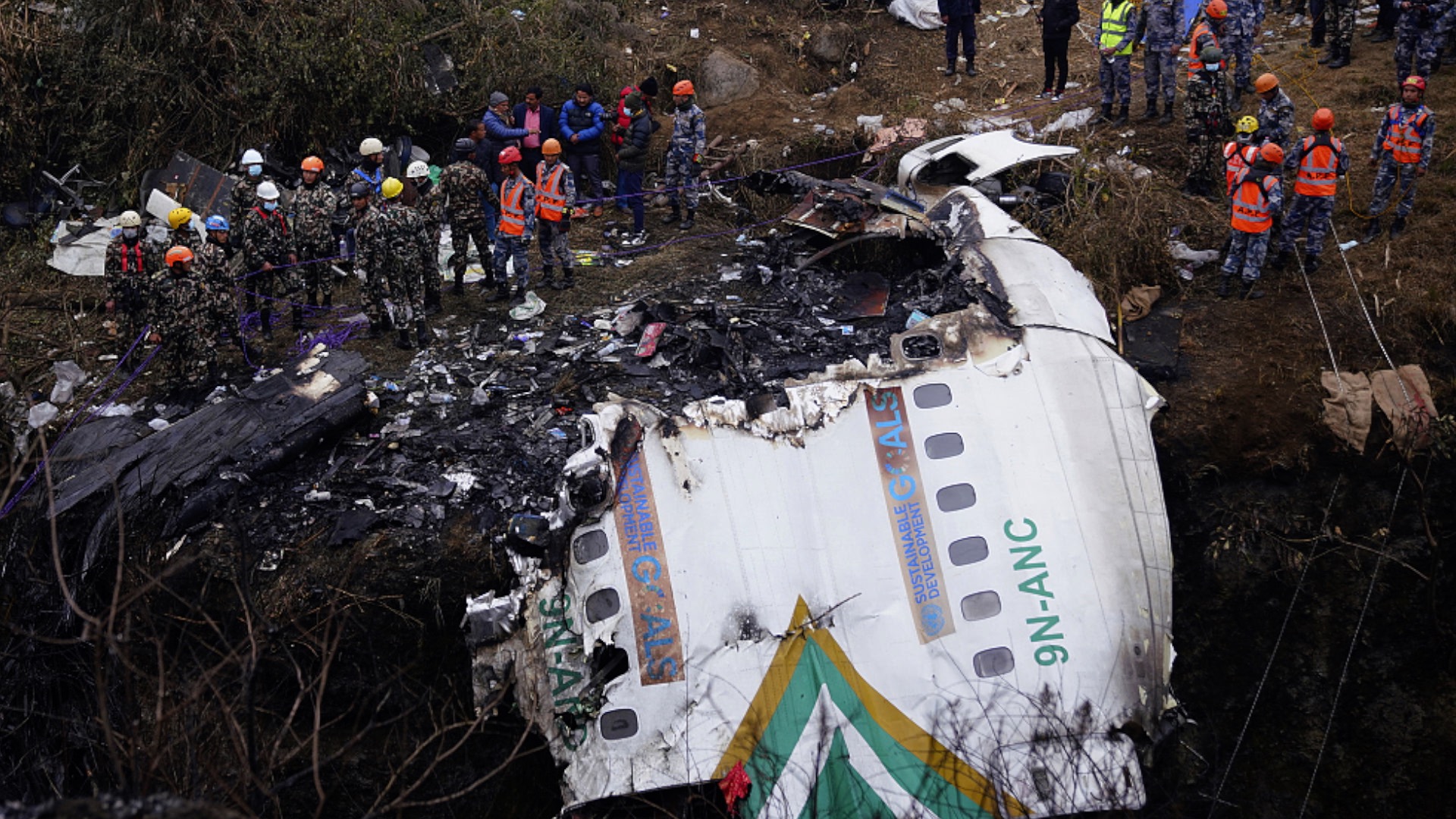 Rescuers have so far recovered 68 bodies out of the 72 people onboard Yeti Airlines' ATR 72 aircraft that crashed in the tourist city of Pokhara minutes before landing on Sunday in clear weather.

The plane, on a scheduled flight from Kathmandu to Pokhara, gateway to scenic Annapurna mountain range, was carrying 57 Nepalis, five Indians, four Russians, two South Koreans, and one person each from Argentina, Ireland, Australia and France.

Pokhara police official Ajay K.C. said the search and rescue operation, which stopped because of darkness on Sunday, had resumed.

"We will take out five bodies from the gorge and search for the remaining four that are still missing," he said, adding that the other 63 bodies had been sent to a hospital.

Rescuers were also searching for the black boxes, a cockpit voice recorder and flight data recorder, as they looked for survivors, said Jagannath Niroula, a spokesperson for Nepal's civil aviation authority.

Nepal declared a day of national mourning on Monday and set up a panel to investigate the disaster and suggest measures to avoid such incidents in future.

Yeti Airlines canceled all its regular flights for Monday in mourning for the victims, except for emergency and rescue flights.

Authorities said bodies will be handed over to families after identification and examination.

There was no immediate indication of what caused the crash.

Nearly 350 people have died since 2000 in plane or helicopter crashes in Nepal, home to eight of the world's 14 highest mountains, where sudden weather changes can make for hazardous conditions.