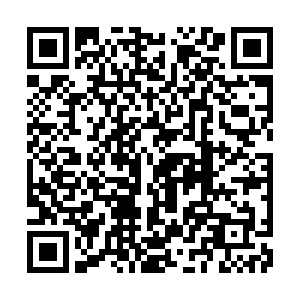 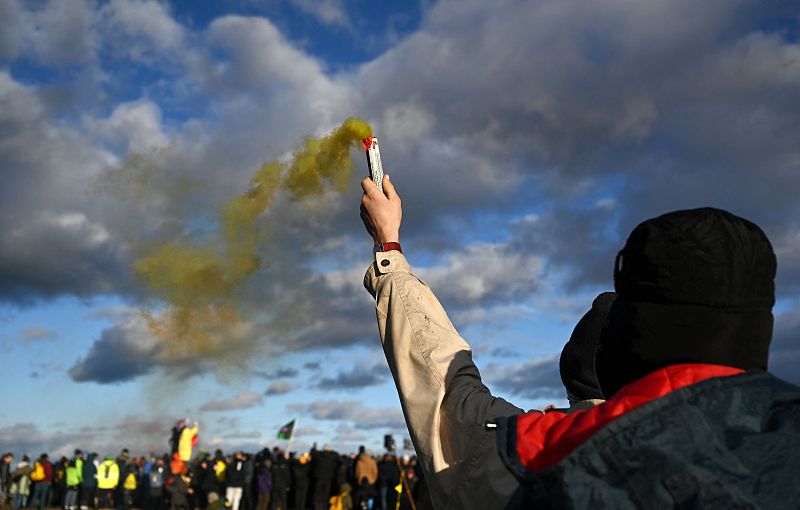 An activist burns a flare at the Garzweiler lignite opencast mine ahead of the imminent clearance of the nearby village of Luetzerath, western Germany，January 8, 2023. /CFP

An activist burns a flare at the Garzweiler lignite opencast mine ahead of the imminent clearance of the nearby village of Luetzerath, western Germany，January 8, 2023. /CFP

Police on Sunday said they had almost finished clearing climate activists from a German village being razed to make way for a coal mine expansion, as both sides accused each other of violence.

In an operation that began on Wednesday, hundreds of police have removed around 300 activists from the hamlet of Luetzerath in western Germany.

The clearout had initially been expected to last weeks, but police said on Sunday only two activists remained in the village, holed up in an underground tunnel.

"There are no further activists in the Luetzerath area," they said.

The site, which has become a symbol of resistance to fossil fuels, had attracted thousands of protesters on Saturday, including Swedish climate activist Greta Thunberg.

Organisers said that 35,000 protesters demonstrated, while police put the figure at 15,000.

Protest organizers reported that dozens had been injured in clashes with police.

Indigo Drau, a spokeswoman for the organizers, said the police had gone in with "pure violence" while trying to disperse the demo.

Officers had "unrestrainedly" beaten protesters, often on the head, the organizers said.

At least 20 activists had been taken to hospital for treatment, said Birte Schramm, a medic with the group. Some of them had been beaten on the head and in the stomach by police, she said.