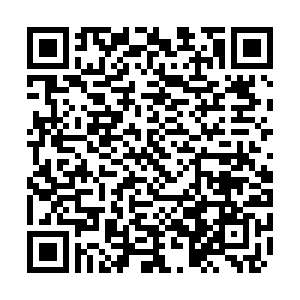 During his talk with Zambry, Qin said China is ready to work with the new Malaysian government to fully leverage the role of the high-level committee on China-Malaysia cooperation and other mechanisms, continue to promote high-quality Belt and Road cooperation, and make solid progress in key projects.

China is willing to deepen cooperation with regional countries to jointly safeguard regional peace and stability, and looks forward to working with Malaysia to deepen and consolidate the comprehensive strategic partnership between China and the Association of Southeast Asian Nations, he said.

The Malaysian government and various sectors of the society hold objective and just views on China's epidemic prevention policy and welcome Chinese tourists to their country, Qin said, adding that China commends them for all this.

Zambry, for his part, congratulated Qin on taking office as Chinese foreign minister. He said Malaysia and China enjoy long-standing friendship and his country regards China as an important partner and attaches great importance to its relations with China.

Malaysia is willing to strengthen high-level exchanges and people-to-people communication with China and tap the potential of Belt and Road cooperation to achieve greater development of bilateral relations, Zambry said.

During the conversation with Battsetseg, Qin said China is willing to strengthen exchanges with Mongolia at all levels and deepen cooperation in various fields to make new progress in jointly building a community with a shared future.

Recently, China has optimized and adjusted its prevention and control measures in light of the changing situation of the epidemic, including introducing new policies aimed at facilitating cross-border travel, Qin said.

China appreciates Mongolia's scientific and objective stand and its support for normal people-to-people exchanges between the two countries, Qin said.

For her part, Battsetseg said as neighbors connected by mountains and rivers, Mongolia and China are exemplary partners of cooperation in the region and good brothers who work together in fighting the pandemic.

Mongolia will as always stick to the one-China principle and is willing to further enhance high-level exchanges and deepen pragmatic cooperation with China to make contributions to regional and international peace and stability and to push the Mongolia-China comprehensive strategic partnership to new levels, she said.