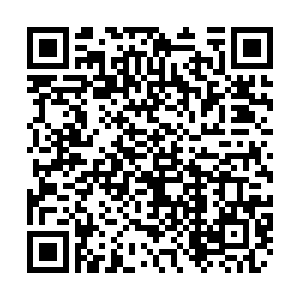 China's economic growth last year beat market expectations, as gross domestic product (GDP) for the full year 2022 expanded by 3 percent from a year earlier to 121 trillion yuan (about $18 trillion), data from the National Bureau of Statistics (NBS) showed on Tuesday.

The economy's 3-percent growth was relatively fast in light of unexpected situations and in contrast to major economies such as Germany, the U.S. and Japan, Kang Yi, director of the NBS, said in a press conference on the same day.

The annual GDP growth rate was better than the 2.7-percent estimate in a Bloomberg survey of economists and 2.8-percent forecast in a Reuters poll. The economy also registered a 2.9-percent gain in the fourth quarter, well above the consensus forecast of 1.6 percent. 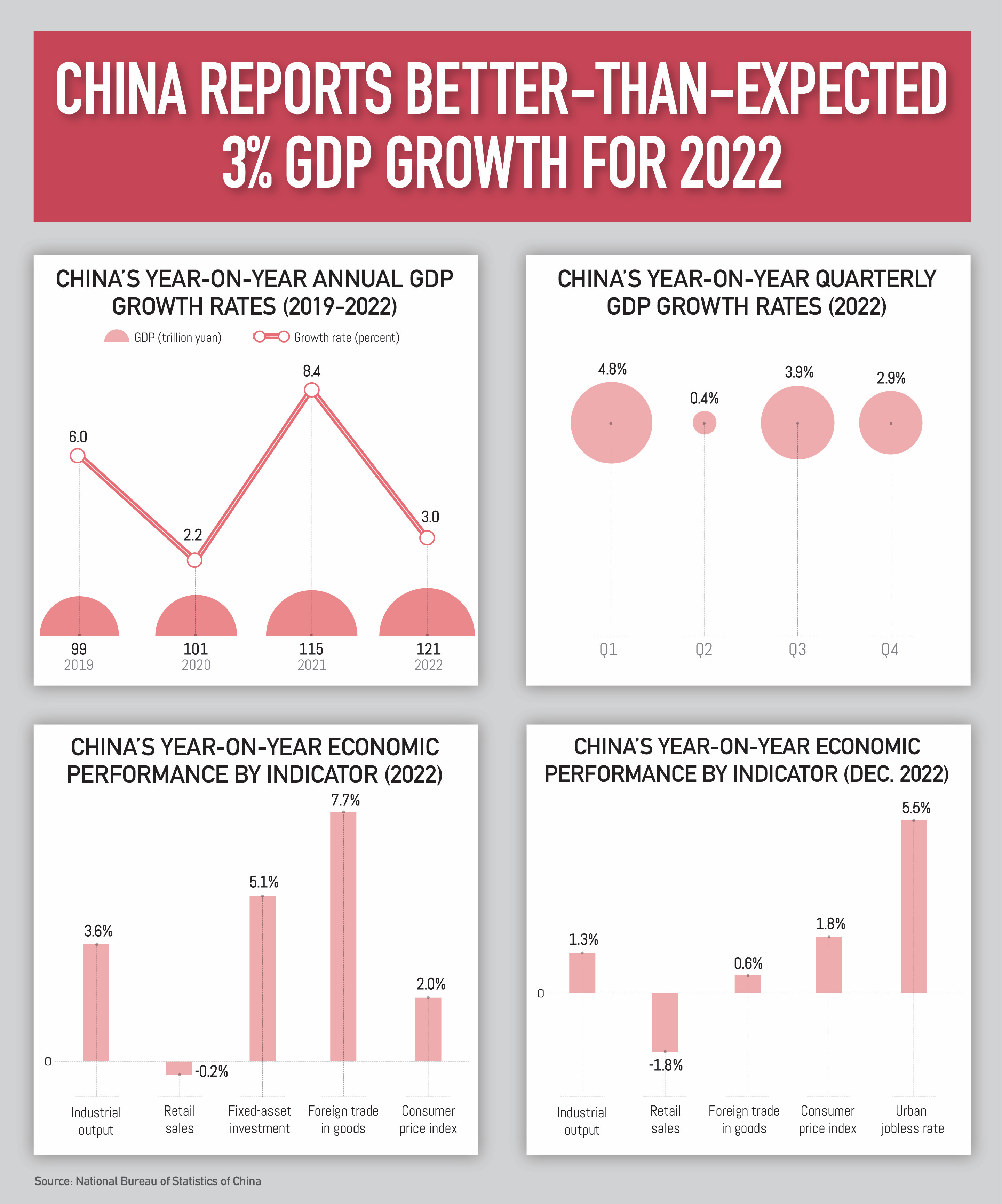 For 2022, China's industrial output rose by 3.6 percent from a year ago in 2022, while retail sales contracted by 0.2 percent. Fixed-asset investment gained by 5.1 percent last year, slightly above the 5-percent increase expected by Reuters.

China's consumer prices remained stable last year in face of sharp rises in global food and energy prices as well as high pressure from imported inflation, with consumer price index up 2 percent, which was in stark contrast to the high inflation in major economies.

The country's employment situation is generally stable, as the country created 12.06 million new urban jobs last year, exceeding the annual target of 11 million. The country will continue to conduct an employment-first policy in 2023.

China's population shrank in 2022 for the first time in six decades, which will impose long-term challenges on the economy, as the labor market, demand for housing and the pension system will be affected in coming years.

"The foundation of the domestic economic recovery is not solid yet as the international situation remains complex and severe while the domestic pressure of demand contraction, supply shock and weakening expectations is still looming," the NBS said in a release.

The indicators in December topped market expectations, with consensus forecasts for industrial output, fixed-asset investment and retail sales at 0.1 percent, 2.0 percent and -9.0 percent respectively, according to Nomura.

"Supply disruptions due to a surge of COVID cases and slowing export growth may have contributed to the slowdown in industrial output growth," said Nomura, adding that retail sales growth rebounded mostly due to a sharp increase in stockpiling of daily essentials such as food, drinks and medicines that was prompted by reopening in December.

The NBS data also showed unemployment eased, as urban jobless rate dropped to 5.5 percent in December from 5.7 percent in November.

Outlook for GDP growth in 2023

Chinese policymakers have vowed to prioritize economic growth in 2023, underpinning consumption and investment to strongly boost market confidence. The government will likely maintain its accommodative policy stance, according to Nomura.

A Reuters poll forecast growth to rebound to 4.9 percent in this year, with most economists expecting growth to pick up from the second quarter. Meanwhile, economists expect a 4.8-percent growth in a Bloomberg survey. Major banks such as Morgan Stanley, Bank of America and Citigroup expect growth to near 5.5 percent or higher.