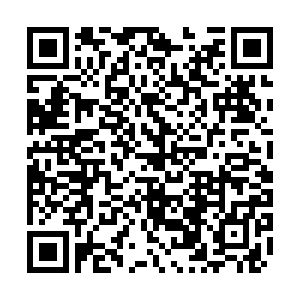 Liu made the remarks when delivering a speech at the World Economic Forum (WEF) Annual Meeting 2023 in Davos, Switzerland.

"Government has a key role to play on major issues, despite temporary resistance and some setbacks," Liu said, calling for courage to uphold truth and law of economics, and address complex issues pragmatically with plain and simple solutions.

Liu said the international macro policy coordination needs to be strengthened and a good balance between inflation and growth should be struck.

The vice premier said all parties should pay more attention to the negative spillover effect of major countries' rate hikes on the emerging markets and developing countries so as not to add to more debt or financial risks.

China stands ready to work with all parties to find solutions to debt issues of some developing countries, he said.

Most countries in the world are keenly aware of the urgency of climate governance, Liu said, urging the need for common actions. "In 2022, China's economic growth was three percent and we managed to keep jobs and prices stable," Liu said ,adding that urban surveyed unemployment rate was 5.6 percent, CPI was two percent, and current account surplus was slightly above two percent of GDP.

China will continue to try to make progress while maintaining stability, and follow a proactive fiscal policy and a prudent monetary policy in 2023, he said, adding that China will maintain reasonable economic growth and keep prices and jobs stable.

"If we work hard enough, we are confident that growth will most likely return to its normal trend, and the Chinese economy will see a significant improvement in 2023," said the vice premier.

Over the past decade, China's GDP grew from 54 trillion to 121 trillion yuan; average life expectancy rose from 74.8 to 78.2 years; and contribution to global growth reached around 36 percent, he said.

Liu hailed China making such achievements for its adherence to regarding economic development as the primary and central task, all-round opening-up, upholding the rule of law, pursuing innovation-driven development, and making establishing a socialist market economy the direction of reform.

China has conducted massive "blood transfusion" to the real estate sector and helped it with "blood formation" to greatly enhance the liquidity situation of real estate companies and expand effective demand, leading to noticeable improvement of the supply and demand in the market, Liu said.

He said China is stepping up efforts to foster a new development paradigm with domestic circulation as the mainstay and domestic and international circulations reinforcing each other.

For domestic circulation to function well, it must rely on international division of labor and cooperation, as well as more foreign trade and investment, Liu said, adding that the new development paradigm of dual-circulation is to be pursued in an open economy.

"China's national reality dictates that opening up to the world is a must, not an expediency," he said, calling for opening up wider and making it work better.

China opposes unilateralism and protectionism, and looks forward to strengthening international cooperation with all countries for world economic stability and development, and the promotion of economic re-globalization, he added.