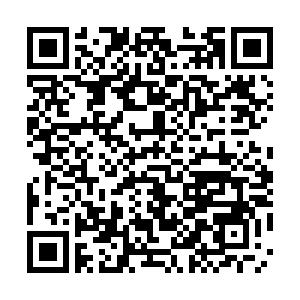 The U.S.'s banditry in Syria has made Syria's energy crisis and humanitarian disaster even more devastating, the Chinese Foreign Ministry said on Tuesday.

The remarks were made by Wang Wenbin at a regular press briefing in response to Syrian reports that U.S. forces smuggled 53 tankers of stolen Syrian oil to its military bases in neighboring Iraq on January 14.

Wang said that the U.S.'s illegal plundering activities in Syria have become flagrant.

According to Syria's official data, he said, over 80 percent of Syria's daily oil production was smuggled by the U.S. occupation forces during the first half of 2022, and earlier this month, it stole 60 tankers and trucks of oil and wheat from Syria.

The U.S. is greedy in stealing Syria's resources, while "generous" in providing foreign military aid up to billions of or even tens of billions of dollars, he noted.

However, whether the U.S. is "grabbing" or "giving", the outcome is the same, that is, to plunge other countries into turmoil and disaster, so as to maintain its own interests and hegemony, said Wang, adding this is the reality of the so-called U.S.'s "rule-based order."

The U.S. has retained a military presence in oil-rich areas of northeastern and eastern Syria since 2014.

According to the official data from the Syrian government, between 2011 and the first half of 2022, the U.S.'s smuggling activities have cost Syria more than $100 billion of losses.

(Cover: U.S. troops drive trucks to pass through an oil field in the town of al-Qahtaniyah, Syria, August 4, 2020. /CFP)