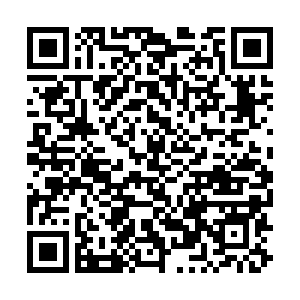 A Chinese envoy said Tuesday that dialogue is the only realistic way to resolve the Ukraine crisis.

"Dialogue and negotiation is the only realistic and feasible way to resolve the crisis," Dai Bing, China's deputy permanent representative to the United Nations (UN), told the Security Council briefing on Ukraine.

China hopes that all parties concerned will exercise rationality and restraint, engage in dialogue, and commit themselves to resolving common security concerns by political means, he said.

"The international community should focus on promoting peace talks, encouraging Russia and Ukraine to return to negotiations, and accumulating conditions of an early ceasefire and cessation of hostilities," he added.

"Any incitement of hatred and inflammation of tensions should be rejected. In this process, religion should become a positive force in advocating peace and promoting unity, and build peace in the minds of the local people," said Dai.

Turning to religious issues in conflict situations, the envoy said that "we have seen that in some conflict areas, religious issues, if not handled properly, tend to intensify conflicts, and are not conducive to resolving hatred and achieving reconciliation."

"China has always maintained that the freedom of religion and belief should be fully protected and respected, and that exchanges between religions and sects should be strengthened, mutual respect fostered, and the peace of culture advocated, so as to inject positive energy into the political settlement of hot spot issues," the envoy noted.

According to Dai, at the open meeting on Ukraine held in the council last week, many countries stressed that 2023 should be a year of peace.

"This is also China's strong wish," he said. "China will continue to uphold an objective and impartial position, and work with all peace-loving countries to build international synergy and play a constructive role in a peaceful resolution of the crisis in Ukraine."