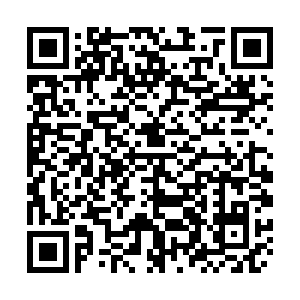 "We shall anchor all our efforts in the Charter, in respect for international law – and, urgently, around the Sustainable Development Goals," the UNGA president told the informal briefing on the president's priorities for the resumed 77th session.

Speaking of the status quo of SDGs, the UNGA president said that "our priority is to prepare for the SDG Summit in September – the midpoint of the 2030 Agenda."

"In spite of so many woes, I still believe that 2023 is off to an auspicious start," Korosi said. "We gather in a chamber literally designed to inspire the 'realization of the great human dream.'"

"In our world of torn trust and massive breakdowns, I am asking you to aim for breakthrough," he urged.

"By September, we will need honest accounts of what has been achieved and what has not, so we can close the gap between reported national successes and visible global failures," the UNGA president added.

"To get there, we will need a clear vision of what is at stake, what are the time frames and political responsibilities for making progress," he said, noting that one of the UNGA priorities for this year is water action.

The assembly will hold the UN Water Conference in March – the first since 1977, "that I hope will bring a new 'Paris moment,'" Korosi said.

He noted that efforts will be made "to go beyond the traditional debate on the difficulties of water cooperation by establishing a global water information system to support regional and local predictability and resilience."

Turning to transformation, the PGA said that a core priority will be "to advance discussions on a methodology for measuring sustainability transformation in a way that integrates human well-being, natural capital and sustainable economic development."

"We call this the 'Beyond GDP' initiative, foreseen already in the 2030 Agenda but not fully developed yet," he stressed.

Korosi also called for efforts to "reform our whole economic thinking," adding that "it is on us to design the future of the UN – to agree on solutions that will reinvigorate multilateralism, restore trust and renew the agenda of peace."