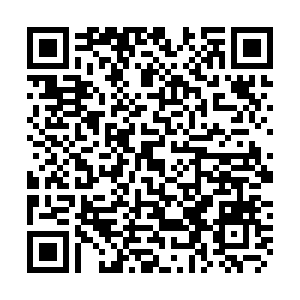 This combo photo shows Chinese President Xi Jinping extending festive greetings to all Chinese people when he holds virtual talks with the general public from across the country ahead of the Spring Festival in Beijing, capital of China, January 18, 2023. /Xinhua

This combo photo shows Chinese President Xi Jinping extending festive greetings to all Chinese people when he holds virtual talks with the general public from across the country ahead of the Spring Festival in Beijing, capital of China, January 18, 2023. /Xinhua

This year's Spring Festival, or the Chinese New Year, falls on January 22, which is the most important holiday in the Chinese calendar and an occasion for family reunions.

During virtual talks with the general public from across the country ahead of the Spring Festival, President Xi Jinping wished Chinese people of all ethnic groups healthy and happy lives in the Year of the Rabbit and expressed his hope that the country will enjoy prosperity, on Wednesday.

He spoke with medical workers in a hospital, senior citizens at a welfare home, workers at an outlying oilfield, travelers and staff members at a high-speed railway station, vendors and customers at a wholesale market, and people in an ethnic minority village via video link, and expressed his warm care and sincere concern.

Expressing his sincere greetings to the general public and to those who are still working hard at their posts, Xi said his heart is linked with the hearts of the masses.

The Chinese president appreciated the efforts and contributions made by the general public to overcome all kinds of difficulties and challenges in the past year, which was extraordinary and difficult. 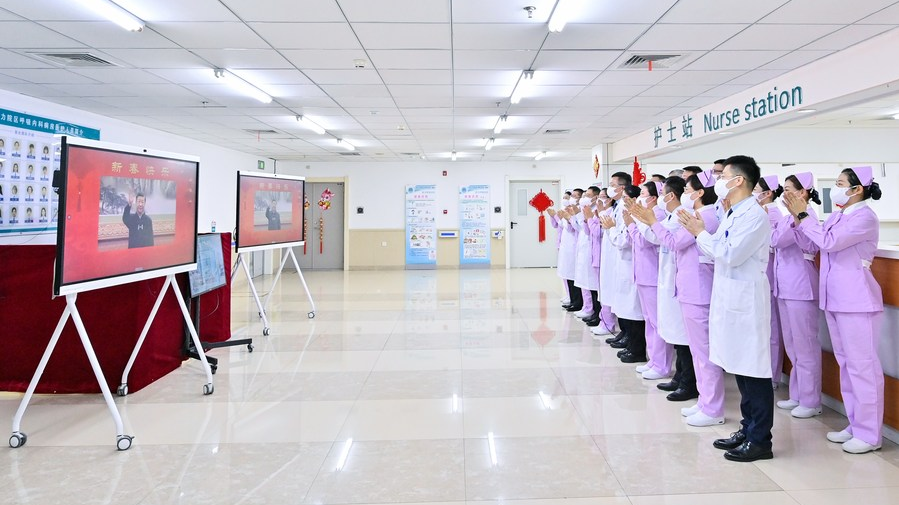 With the management of COVID-19 downgraded from Class A to Class B since January 8, China shifts the focus of its COVID-19 response from infection control to the prevention and treatment of severe cases.

But people's health remains on top of the government's agenda as the prevention measures enter a new stage.

Talking about the country's COVID-19 response, Xi on Wednesday said the light of hope is right ahead.

"We have now entered a new phase of COVID-19 response. Tough challenges remain, but the light of hope is right in front of us. Perseverance means victory," Xi told healthcare workers and hospitalized patients from the First Affiliated Hospital of Harbin Medical University in northeast China's Heilongjiang Province via video link. 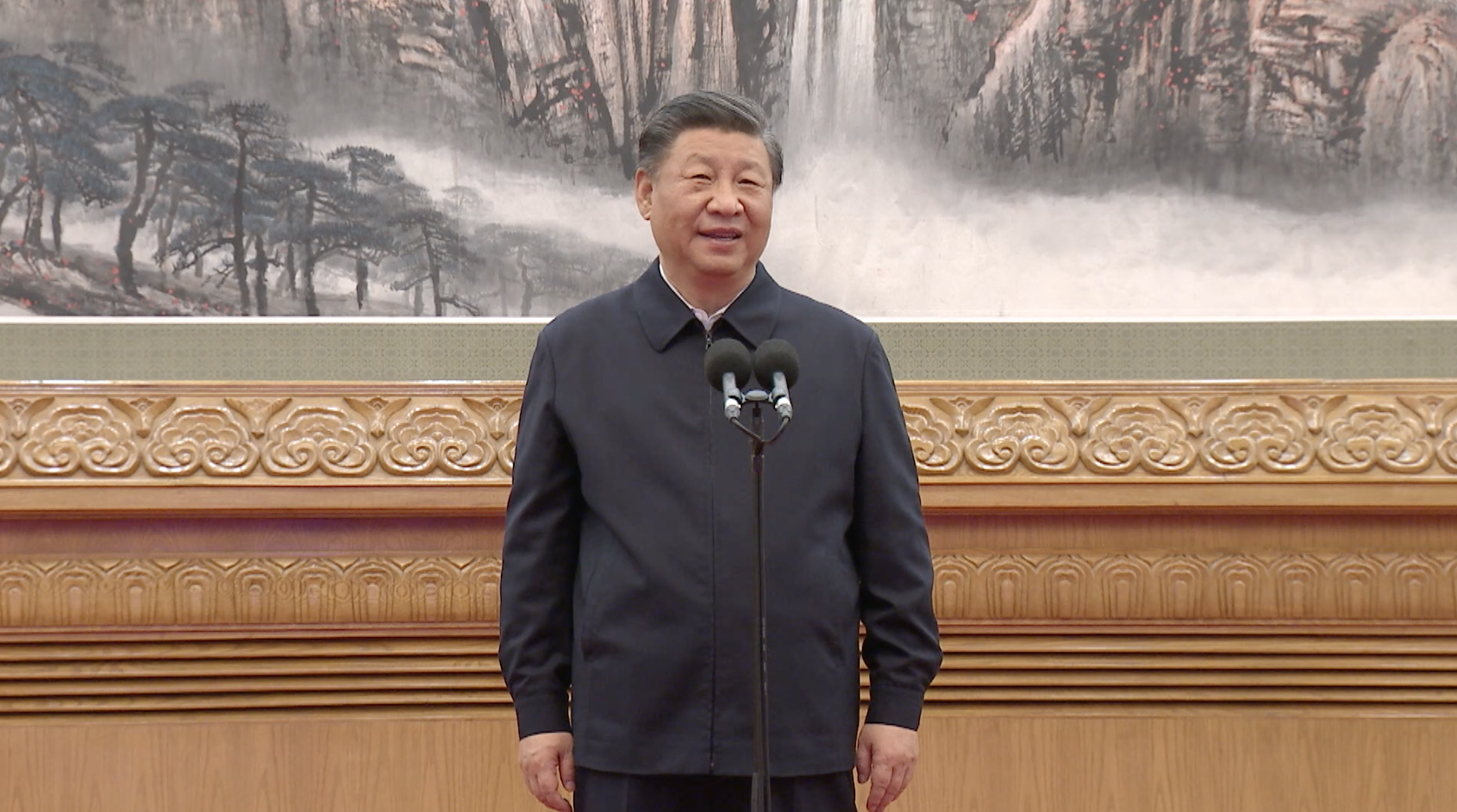 While talking via video link with older people and staffers at a welfare home in Fuzhou, capital of east China's Fujian Province, on the same day, Xi said stricter epidemic prevention and health management measures should be taken at nursing homes and welfare facilities to prevent clusters of infection, as older people are the top priority in the current COVID-19 response stage.

He urged efforts to increase medical resources and the supply of medical services and drugs, and to prepare for medical treatment of severe cases in particular. 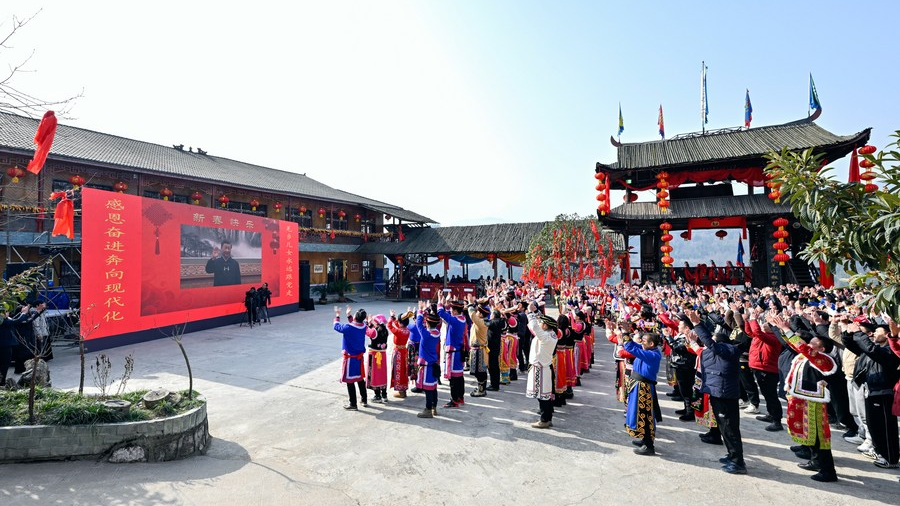 Chatting with villagers in Mianyang, southwest China's Sichuan Province, via video link, Xi said he was primarily concerned about rural areas and rural residents after the country adjusted its COVID-19 response measures.

He called for improving medical care for those most vulnerable to the virus in rural areas, and ensuring the health of rural residents and their normal running of work and life to the maximum extent possible. 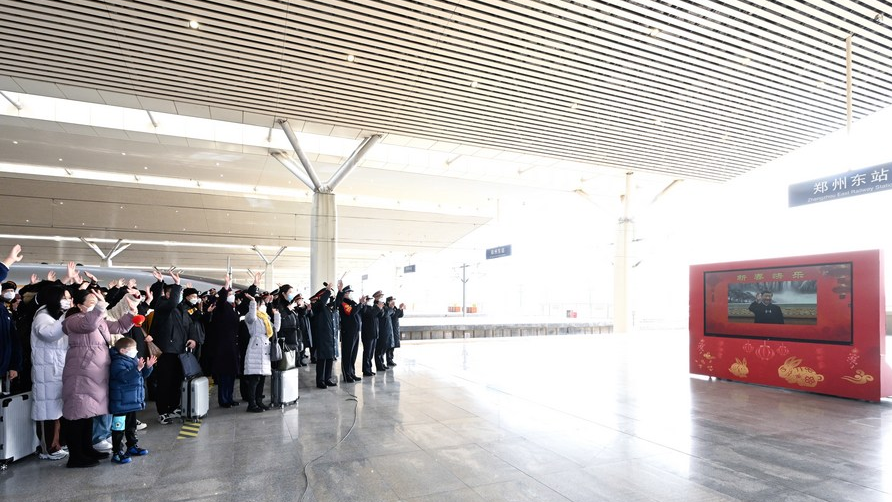 As the first travel rush after the country optimized its COVID-19 policies, the Chinese Ministry of Transport estimated that more than 2.1 billion passenger trips would be made during the Spring Festival season and the total number of trips on air, railway and road is expected to double the number of last year, and reach 70.3 percent over the same period in 2019 before the pandemic hit.

The Chinese president asked the passengers if they were heading back home for family reunions or out traveling and reminded them of safety awareness during their trips, during virtual talks with passenger railway staff of Zhengzhou East Railway Station.

He called for efforts to ensure safe and sound trips for the people and smooth and orderly flows of essential supplies and strengthen the monitoring and early warning of extreme weather conditions and carry out safety overhauls to prevent major safety accidents. 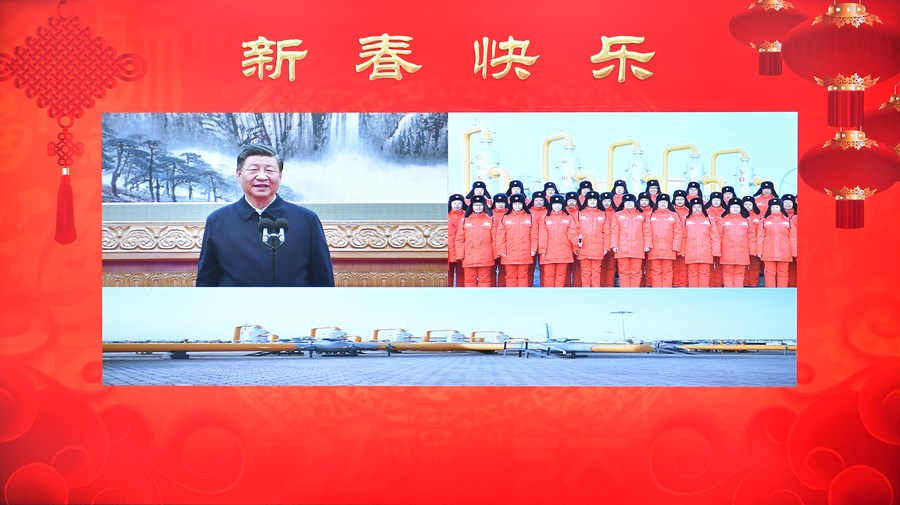 The Chinese president also expressed his concern with energy supply and price of commodities during the Spring Festival season, which both have a greater effect on the people's livelihood

Noting that winter is the peak season for energy use in China, Xi said that no efforts should be spared to ensure the supply of coal, electricity, petroleum and natural gas, and to keep their prices stable, during his virtual talk with employees of the Tarim oilfield in northwest China's Xinjiang Uygur Autonomous Region. 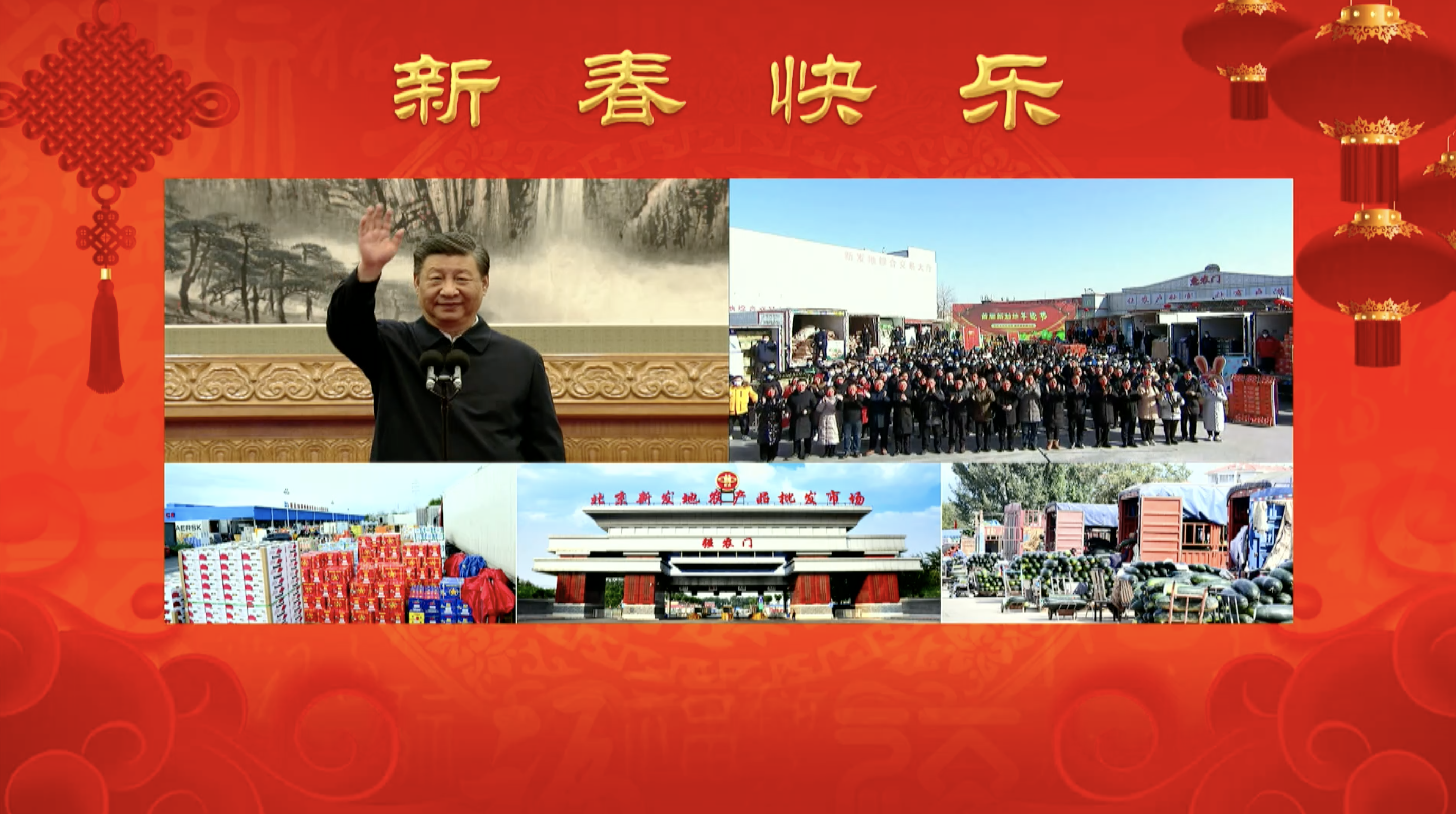 When talking with vendors and customers at the Xinfadi wholesale market, a major fresh-produce marketplace in Beijing, Xi said people's "vegetable basket," "rice bag" and "fruit plate" are related to thousands of households and are the most basic livelihood of the people.

Smooth delivery, sufficient and diversified provisions, and the stable market price of these commodities should be guaranteed during the holiday so that people can have a happy and sound Chinese New Year, Xi said.