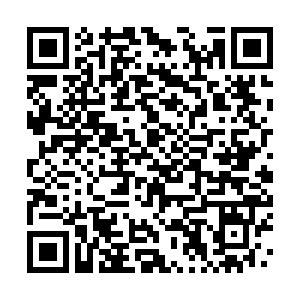 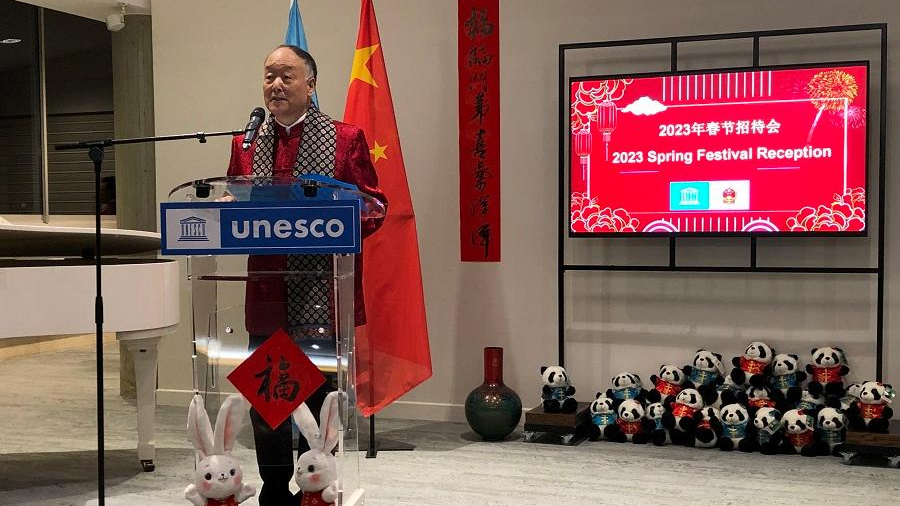 This was the first time that China held a Chinese New Year reception at UNESCO headquarters since the outbreak of the COVID-19 pandemic, the delegation said.

Yang Jin, permanent representative of China to UNESCO, extended his New Year greetings to all the guests.

"Stepping into the New Year of the Rabbit, we wish to strengthen our collaboration and friendship with you all to better practice true multilateralism and to further contribute together to UNESCO's great endeavors," Yang said.

After three years of combatting the COVID-19 pandemic, he said that China is regaining its momentum and ready to work hand in hand with peoples across the world to create an even brighter future for humanity.

Firmin Edouard Matoko, assistant director-general of the Africa department of UNESCO, said that UNESCO is grateful to China for actively participating in all their ground-breaking initiatives, notably in response to COVID-19.

He said the strategic relationship between China and UNESCO has reached a higher level, which is "the result of everyone's joint efforts with goodwill."

"Let us look forward with optimism to the year ahead, a year in which international cooperation and multilateralism will bring more prosperity and hope to the world, to UNESCO and to China," he said.

More than 300 delegates from various countries participated in the event. While enjoying Chinese delicacies, they watched a live performance of Chinese folksongs, including Mayila, Harvest Gongs and Drums and Moonlight on the Spring River.