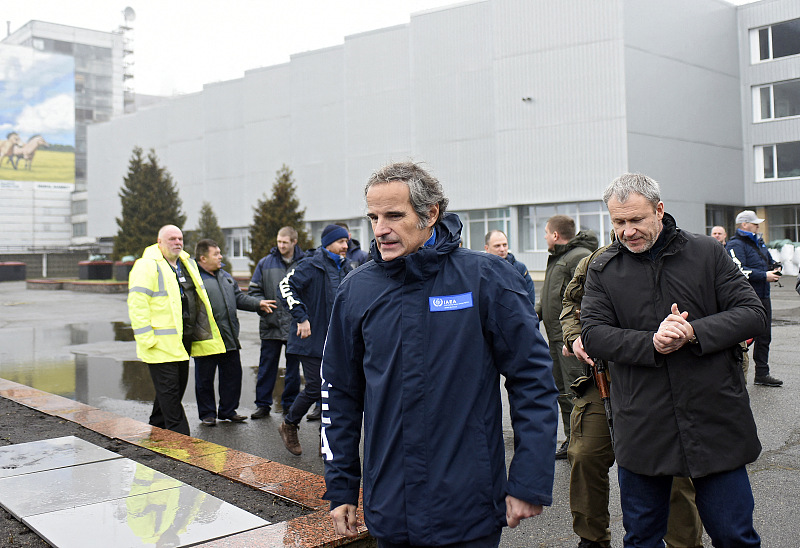 While speaking at a joint briefing with IAEA Director General Rafael Mariano Grossi, Ukrainian Prime Minister Denys Shmyhal said that the mission at Khmelnytsky NPP in western Ukraine is to start working in the coming days.

"Today, I heard from Director General Rafael Grossi assurances of full support from the IAEA for our efforts to ensure nuclear safety, including at the Zaporizhzhia NPP," Shmyhal said.

"We are working on the issue of organizing a safety zone around the Zaporizhzhia NPP, and we are making progress on this matter," Grossi was quoted by the Interfax-Ukraine news agency as saying.

According to an IAEA statement issued on Tuesday, the experts will monitor key nuclear safety and security systems, provide technical assistance, assess the plants' needs and report to the IAEA headquarters.

"With IAEA teams permanently present at all of Ukraine's NPPs and the Chornobyl site, the Agency will have around 11-12 staff simultaneously on the ground in the country, an unprecedented undertaking by the organization," the international nuclear watchdog said in the statement.

On January 16, the IAEA established its mission at the Pivdennoukrainsk nuclear power plant in southern Ukraine.

In August 2022, the IAEA sent its monitoring mission to the Zaporizhzhia nuclear power plant in southern Ukraine, which Russian forces have controlled since March.