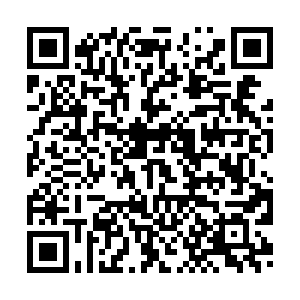 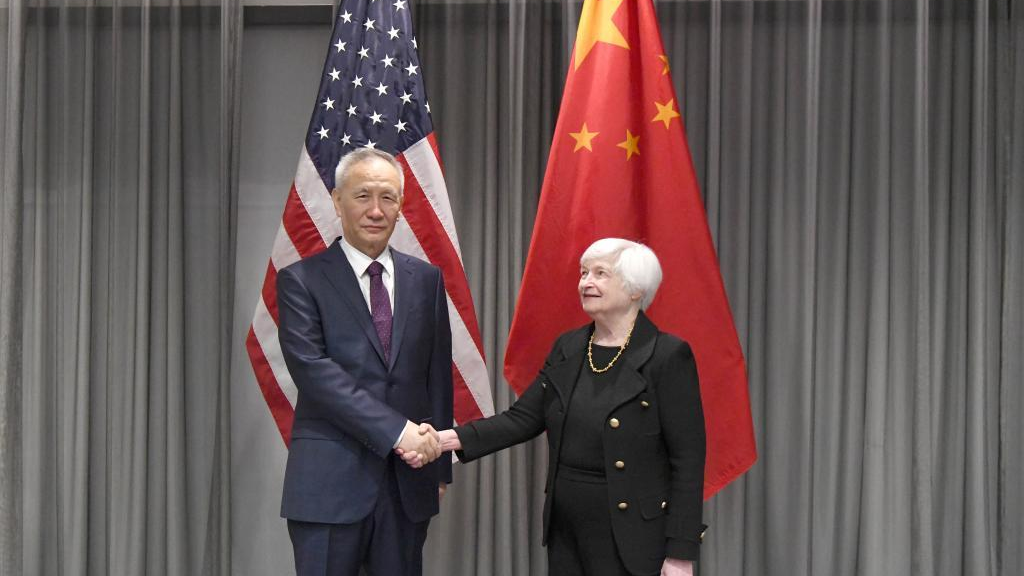 Editor's note: Yuan Sha is an associate research fellow at the Department of American Studies, China Institute of International Studies.The article reflects the author's opinions and not necessarily the views of CGTN.

The meeting is part of the ongoing China-U.S. high-level engagement to carry through the important consensus reached between President Xi Jinping and President Joe Biden at the sidelines of the G20 summit in Bali, Indonesia, last November.

The economic teams of the two countries have kept communication channels open to maintain the good momentum of the bilateral relations and discuss coordination of macroeconomic and financial policies. Secretary Yellen also hinted at visiting China soon, maybe after Secretary of State Anthony Blinken's visit to China in early February.

The meeting also comes at a time when the two countries have many pressing issues to discuss.

China's economy has been hit hard by the highly contagious Omicron variant. According to preliminary statistics, China's gross domestic product (GDP) in 2022 reached 121.02 trillion Chinese yuan ($18 trillion), up by 3.0 percent over the previous year, which exceeded expectations but still below the 5.5-percent target.

Now as China optimizes the COVID-19 policy, the country would unleash greater potential in economic development, as Vice Premier Liu laid out an optimistic vision in addressing the World Economic Forum in Davos, Switzerland, on January 17.

Since China has served as a key engine of the global economic growth during the past decade, it's in the interest of the U.S. to join the economic resurgence with China. The U.S. has secured better-than-expected economic performance and low unemployment in 2022, but stringent monetary policy aimed at curbing the four-decade record high inflation puts downward pressure on economic growth. As Secretary Yellen warned recently, the U.S. government is facing another shut-down crisis due to the debt limit impasse. How to avoid a hard landing of the U.S. economy in 2023 would be a top priority of the Biden administration.

The U.S. economic woes are also a shared concern of China since the Federal Reserve's interest rate hikes have negative externalities in exporting inflation and U.S. debt sustainability is also important to China, the second-largest holder of U.S. debt.

The raging COVID-19 pandemic and ongoing Ukraine crisis has complicated bilateral economic relations. With the energy and food crises, supply chain disruptions, rampant inflation and rising debt levels, the world risks heading into recession or even stagflation. More ominously, these tendencies give rise to a wave of counter-globalization, trade protectionism, tech nationalism and bloc confrontation, which risks bringing the world into a new Cold War. The International Monetary Fund cautions that fragmentation could cost the global economy up to 7 percent of the GDP.

Accordingly, the meeting of the top economic officials of the two largest economies sent positive signals to the business sectors of the two countries and around world. Then how to carry out concrete steps is a question. There are three areas that need urgent action.

The first area is tariffs. The Biden administration has kept most of the Donald Trump-era tariffs on Chinese goods. But through the years, it has become clear that those tariffs hurt both sides. According to the latest data, China-U.S. trade grew by 3.7 percent in 2022, defying talks of decoupling by U.S. politicians and demonstrating the resilience of the bilateral economic relations, which are by no means a zero-sum game; any man-made disruption would only prove futile and self-hurting.

The second area is high technology. The Biden administration adopted a "small yard, high fence" strategy to contain China's high-tech development, by tightening export controls, enhancing two-way investment screening and pushing for supply chain restructuring. Given the high stakes of global supply chain stability and security, the two sides need to have an in-depth discussion on this front. Anyways, a "tech-decoupling" would also hurt the interests of U.S. domestic industry, workforce, allies and partners, as well as U.S. credibility as a reliable trading partner.

The third area is global economic challenges. Confronted with an uncertain global economic prospect, the two countries share common interests and responsibilities in maintaining global stability and prosperity; thus, we need to coordinate more on major economic challenges and inject more certainty into the world economy. It's exciting to see the two sides talking about cooperation on climate finance, which would be a future growth point for global sustainable development. The two sides also need to cooperate on addressing the global debt problem while avoiding malign competition, as the U.S. has peddled the misleading "debt trap" narrative to countries in Africa and elsewhere.

In a word, vibrant bilateral economic and trade relations are conducive to both China and the U.S., as well as the world at large. It is not enough to just build the "floor" and stabilize bilateral relations, but is rewarding to carve out a path for co-existence and co-prosperity.