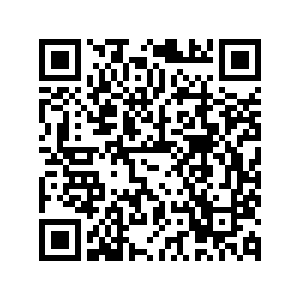 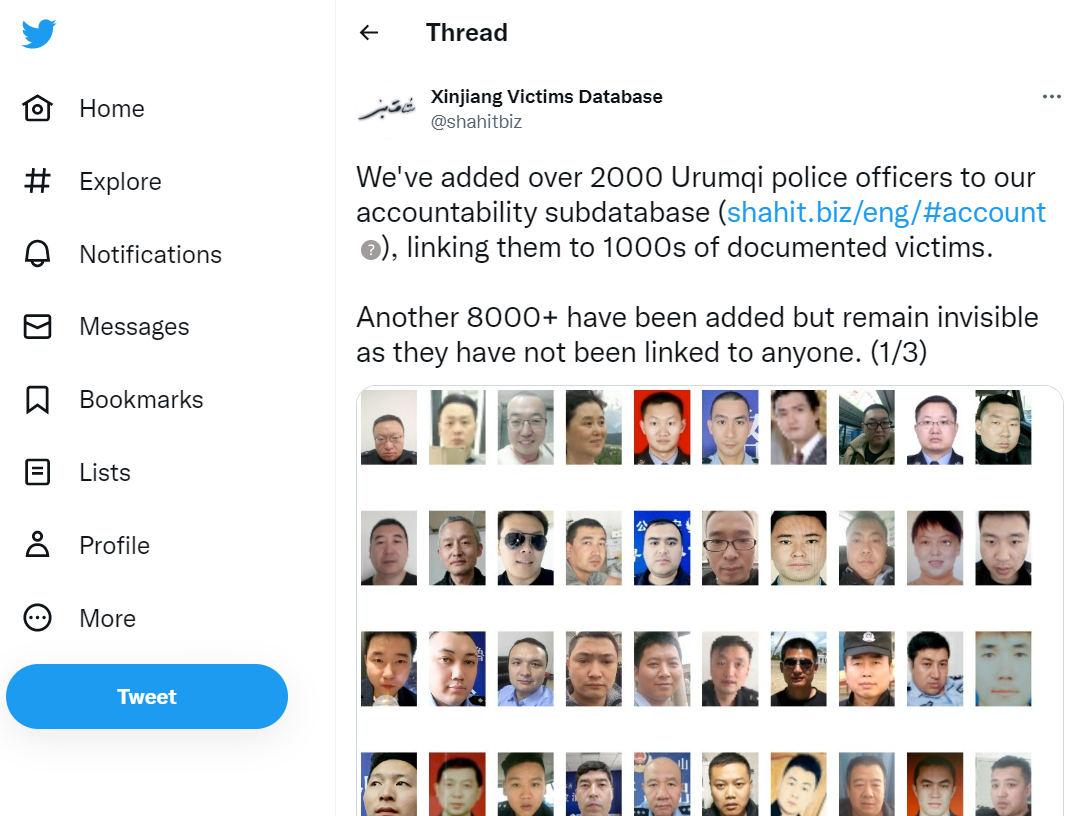 A screenshoot of a tweet of the "Xinjiang Victims Database" on January 6, 2023, which posts a list of what they claim to be "over 2000 Urumqi police officers."

A screenshoot of a tweet of the "Xinjiang Victims Database" on January 6, 2023, which posts a list of what they claim to be "over 2000 Urumqi police officers."

The connection between Chinese actors, Western YouTubers, and a German politician may not seem obvious at first until one looks at the "accountability" list on the "Xinjiang Victims Database," which recently tweeted that it had added over 2000 Urumqi police officers to the list.

The list claims not to be a hit list or a judgment but classifies individuals who have been linked to the claimed victims in their database. However, considering events in Xinjiang Uygur Autonomous Region, over the previous years, have been politicized through propaganda funded by Western governments, arms companies, and big tech, the hit list claim is vacuous, since a full list with phone numbers, can be requested.

Xinjiang does have prisons and has a complex security situation. Like neighboring Afghanistan, it had a serious problem with terrorism, which was fueled by the tragic events that took place in Afghanistan over the previous two decades. With this in mind, if there are real police officers on the list (and this is up for debate), then they, along with members of their families, who appear on the edges of some pictures, could be targeted by terrorist groups.

The list's validity is questioned by it containing Chinese actors Andy Lau, Chow Yun-Fat, and the Singapore singer Tanya Chua. Their mugshots were posted for all to see on Twitter despite none of them leaving the lucrative entertainment industry to work as police officers. Their inclusion whips up an image of the Cold War American comedy film "Police Academy: Mission to Moscow" but the consequences and the foundations of their inclusion is serious.

The celebrities appearing in the list speaks to a level of Sinophobia where anything will be believed by a Western audience who are taught to hate China but know very little about what they are supposed to hate. At best, I assume what should have been more than one person vetting this list was unable to pick out well-known faces from the Chinese entertainment industry where "all Chinese look alike."

Imagine Jonny Depp, George Clooney, and Kylie Minogue appearing on a supposed police list posted on Twitter, by a group in China that linked them to a false narrative of genocide and slavery! It wouldn't happen, the Chinese know too much about the West. If this hypothetical case did occur, on the one hand, hilarity would ensue. On the other hand, these celebrities would be well within their right to sue and the Twitter account would likely be taken down.

In response to what has been predominantly hilarity in China, those behind the database explain on Twitter why these celebrities appeared. They state that the list came from a file cache from the "Intercept" and most police officers didn't have corresponding photos while those that did, didn't always use their own image. As such, when parsing the images, encoded in long strings in the data dump, the pictures of celebrities had appeared which were then posted online.

This explanation is still problematic. First, it highlights a dubious level of competence by those who originally posted the pictures. Second and more importantly, it muddies the quality of the data at its source. People may use different pictures on their social media accounts but official data does not contain celebrity pictures.

In this circus, mixed in with a list of alleged policemen are the Shanghai Daily columnist Andy Boreham, English teacher Fernando Munoz Bernal, and owner of Taps Brewpub Daniel Dumbrill. All of them are listed as linked to "the detention, surveillance, denial/discrimination, and exploitation of documented victims," which raised more doubts over the credibility of the evidences regarding the Xinjiang claim.

A screenshoot of the website of the "Xinjiang Victims Database."

A screenshoot of the website of the "Xinjiang Victims Database."

Considering the flakey evidence, the dubious funding behind the claims, and an agenda that seeks to spark a new Cold War, questioning more and raising the serious inconsistencies, of which this list appears to be part of, is more important than ever.

This is not about China against the West. For those who have lived through Iraq's Weapons of Mass Destruction lies and the dubious case for invading Afghanistan, what is at stake for prominent spokespeople in the list like Margaret Kimberley, from the Black Agenda Report, the political commentator Einar Tangen, and Juergen Kurz from the German Green Party who point out the mountain of inconsistencies, the twisting of narratives, and creation of facts is world peace and the survival of humanity.

The fact that these well-meaning people with genuine concerns are put on such a politicized list with celebrities Andy Lau, Chow Yun-Fat, and Tanya Chua only reaffirms their belief that what is taking place in Xinjiang is getting distorted for political aims, where human rights concerns are leveraged for a pro-Cold War agenda.