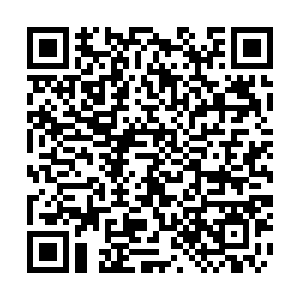 From iron meteorites falling out the sky to the sparks of molten steel flying out of a furnace, the element of iron has been embraced by the universe. Accompanied by roaring flames, it echoes the melody sounded by the string of sweat beads rolling off the human brow. The molten steel in the midst of a fiery blaze embodies the element's incandescent beauty and strength. 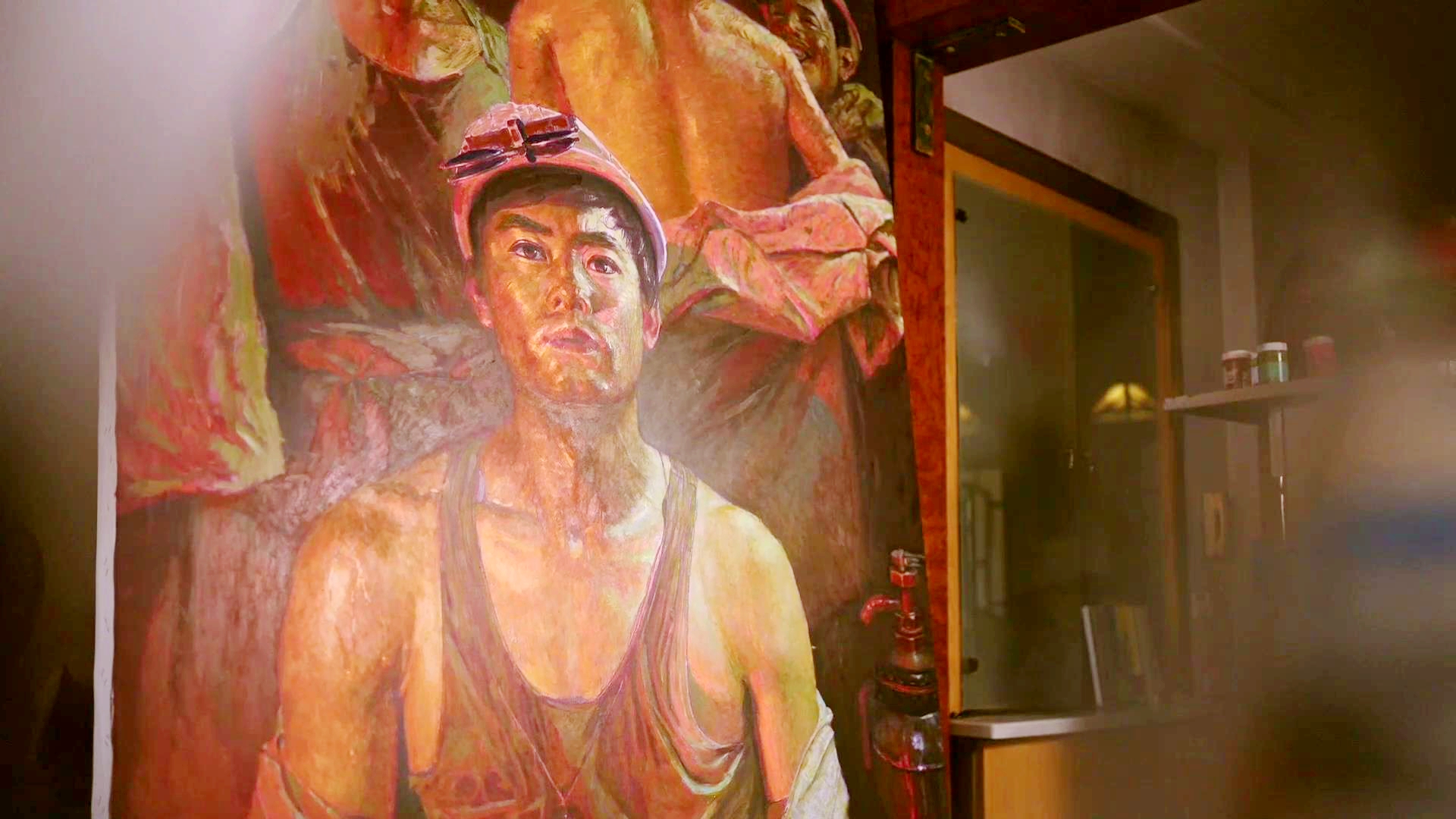 This brings viewers to the appearance of molten steel in fine art. In the history of modern China, one of the best-known oil paintings depicts a moment in a steel plant. Composed by artist Guang Tingbo, "Molten Steel and Sweat" portrays the dauntless spirit of the country's workforce as China was setting out on a new path four decades ago. 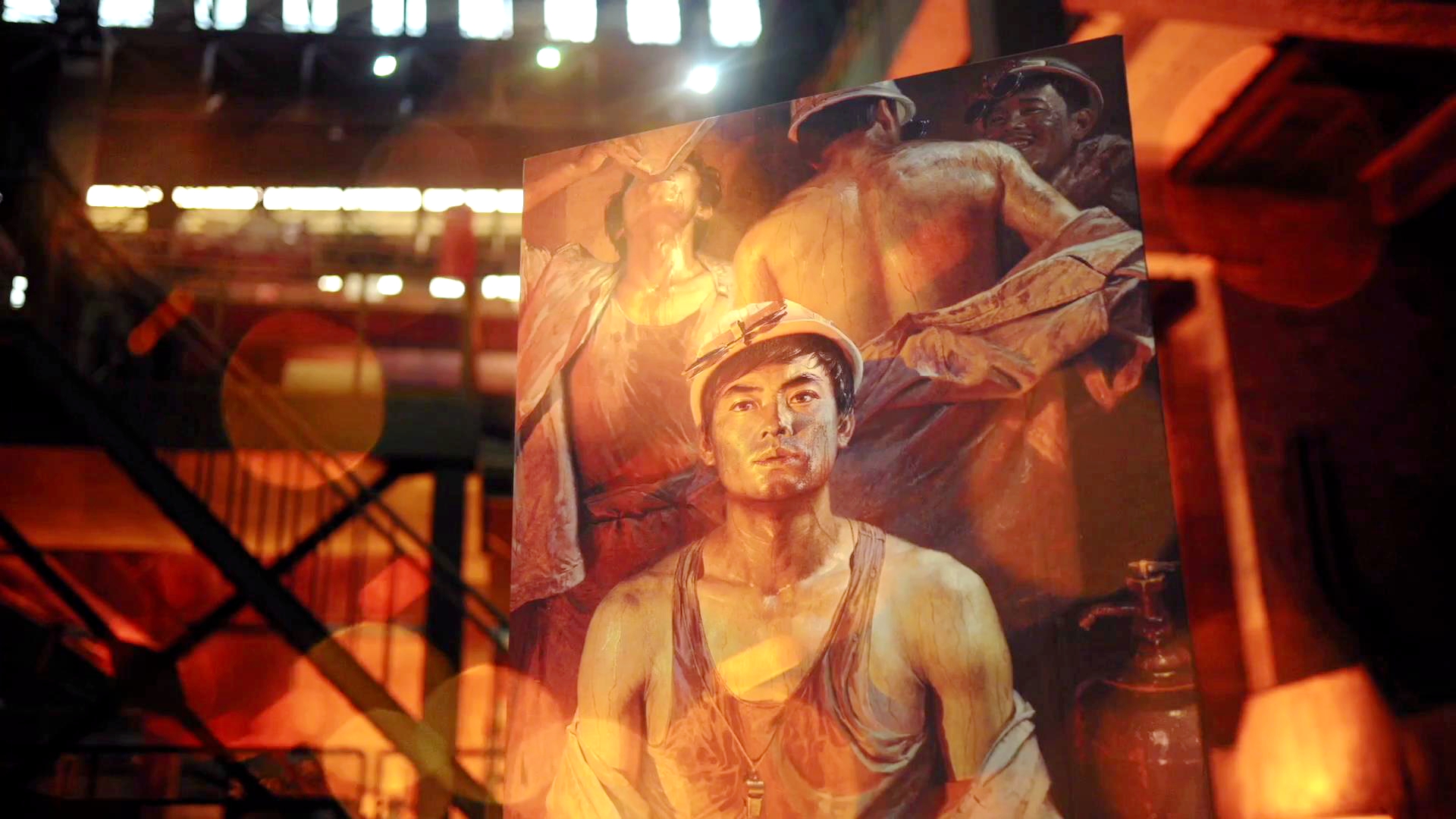 With its extraordinary verisimilitude, the image focuses on the most crucial factors in steel-making - the power and strength of human will that is tougher than any metal. It materialized not out of oil colors, but rather from the searing flames. The intensity of the human figure is conveyed through the knit brows, the rivulets of sweat, and the unwavering gaze into the molten steel.

This painting was crafted over a period of three years. In the late 1970s, as China began to recover and prosper, an uplifting spirit was capturing everyone. In the prime of his life, Guang felt the urge to pick up his brush and portray this inspiring era that was rapidly unfolding.

In the beginning, Guang was at a loss as to how to approach the subject matter of a steel plant. He found himself boxed in by an invisible wall that kept him from the ideal image. To surmount the obstacle, he took the bluntest approach by settling in the workshop and sketching whatever met his eyes. 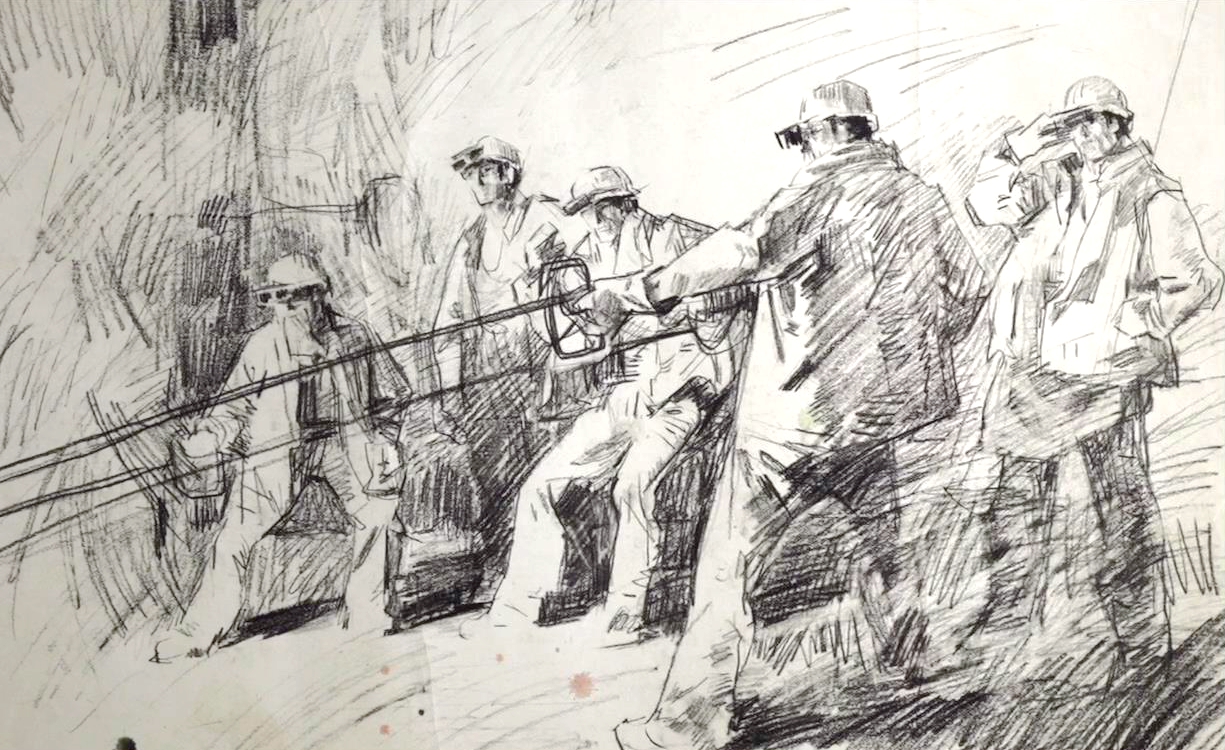 A sketch of steel workers created by Guang Tingbo /CGTN

A sketch of steel workers created by Guang Tingbo /CGTN

From 1979 to 1981, Guang paid numerous visits to steel plants in Dalian, northeast China's Liaoning Province. He produced over 100 detailed sketches and dozens of drawings to record the scenes before the furnace. Even as he came to feel the passions of the times and the workers' devotion, Guang was still unsure about how to compose the image. He refused to dash off a routine depiction of a steelmaking workshop. The ideas stored in his head underwent numerous revisions, until a casual encounter inspired him. 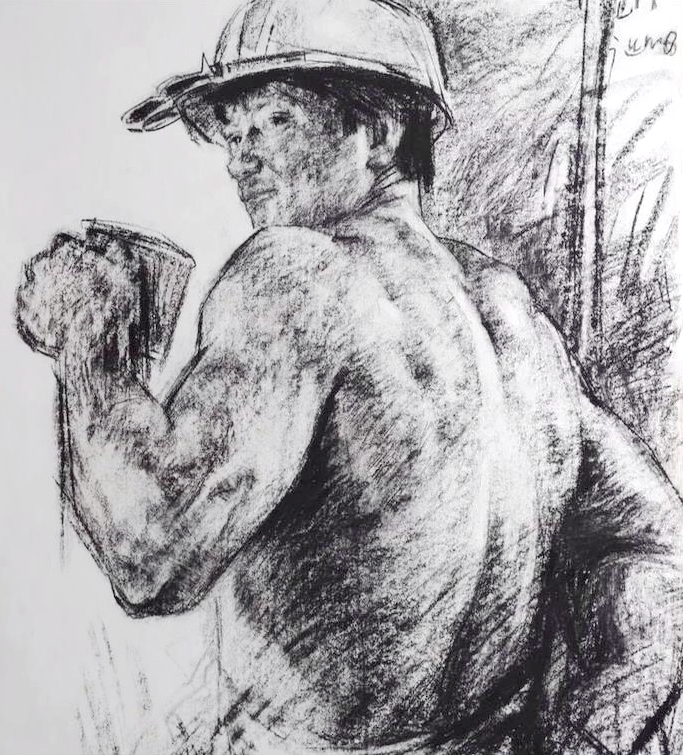 A sketch of a steel worker created by Guang Tingbo /CGTN

A sketch of a steel worker created by Guang Tingbo /CGTN

As Guang puts it, the thing that inspired him was sweat. He was impressed as a worker walked past, and the beads of sweat on his face sparkled like gold from the reflection of the furnace flames. At that very moment, Guang came to realize how to compose the painting.

The artist decided to capture the human figure in its various postures at rest. To visualize the workers' hard labor and unconquerable spirit, he filled the scene with the most concrete details, including the bulging veins, the strong sinewy hands and the sweat dripping off the arms and shoulders. The fleeting, vivid expressions and gestures of the workers moved through his mind's eye in slow motion, like images on the silver screen. 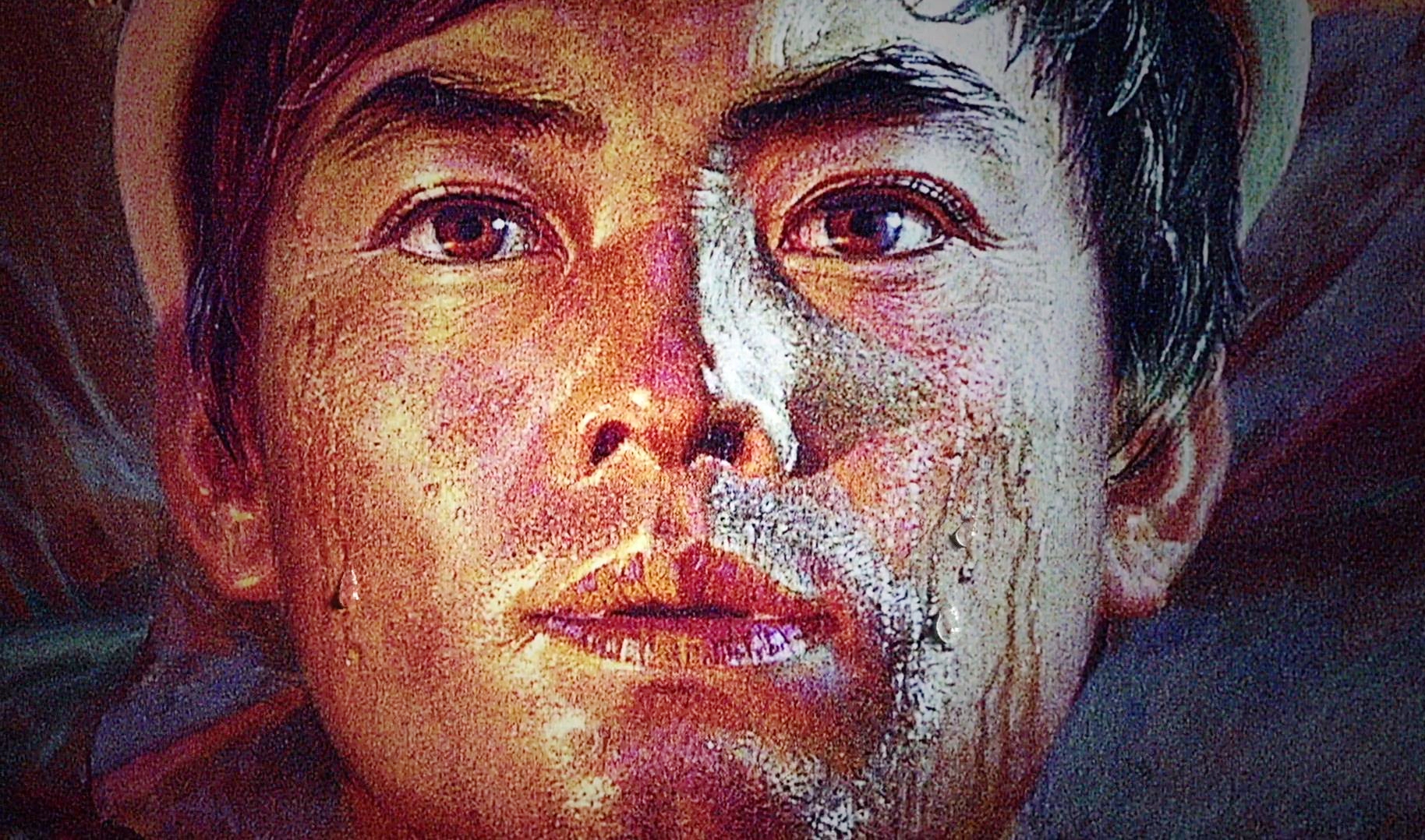 In his first draft, Guang was eager to crowd all these details into the artwork. The next draft proved more judicious and targeted. And then the third and the fourth drafts were done… Working in the heat of high summer, Guang was covered in sweat much like the figures on his canvas. 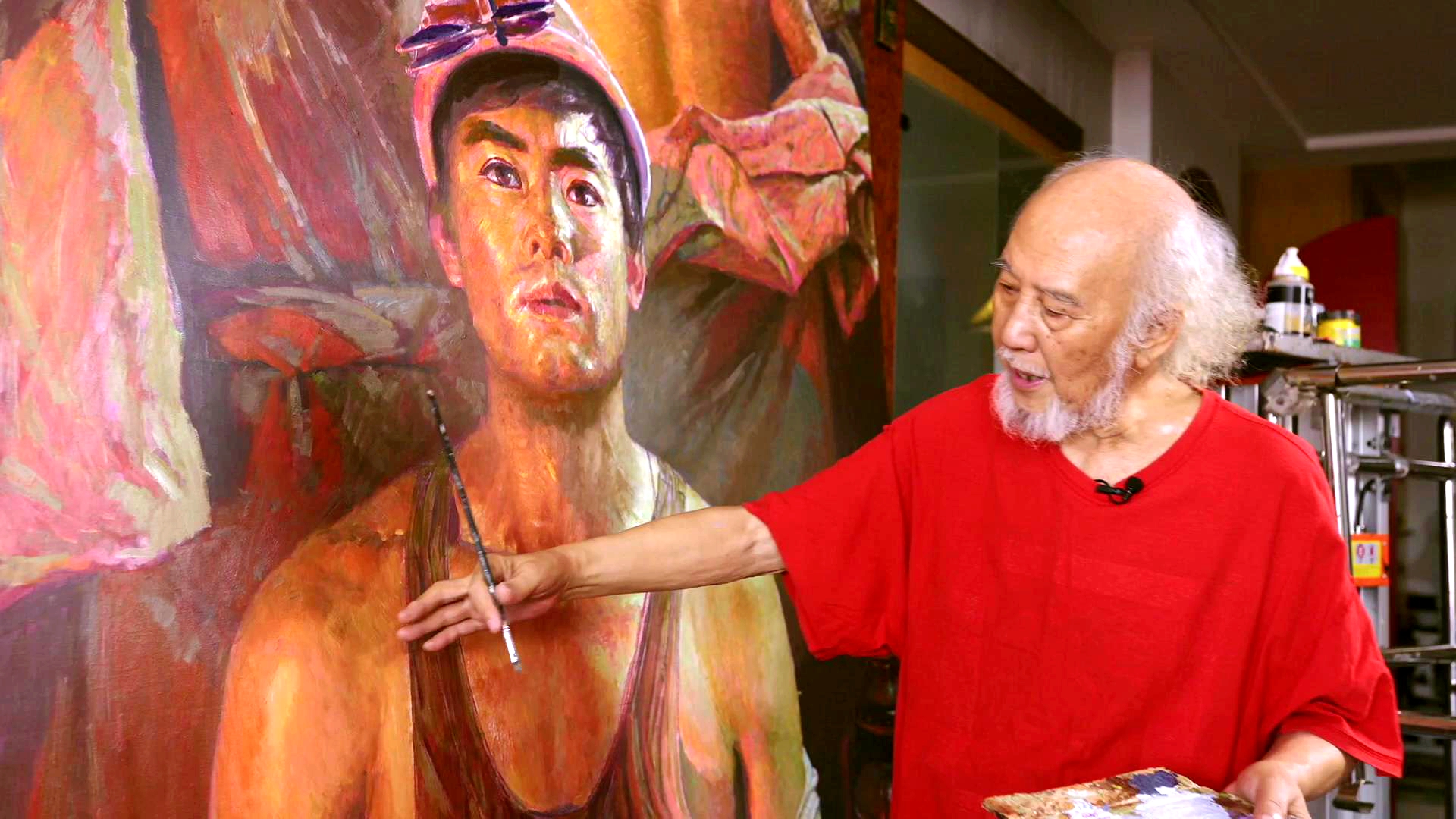 Guang Tingbo introduces the details of his painting "Molten Steel and Sweat." /CGTN

Guang Tingbo introduces the details of his painting "Molten Steel and Sweat." /CGTN

"This painting is an oblique reminder of how steel is forged and how molten steel and human sweat have interacted. All accomplishments come after strenuous effort, sweat and toils. It's both educational and inspiring by presenting this eternal truth," said Liu Xilin, an art critic from the National Art Museum of China.

The sweat conveys the most essential insights into human endeavor and art. Perseverance is bound to prevail. Perhaps each era and each individual have to surmount an invisible wall, which takes grit and courage to conquer. Then the human spirit will fly and soar like the sparks from the furnace.