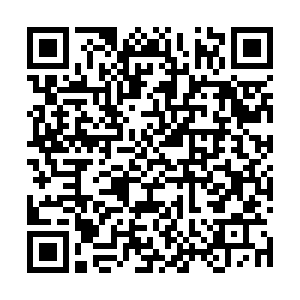 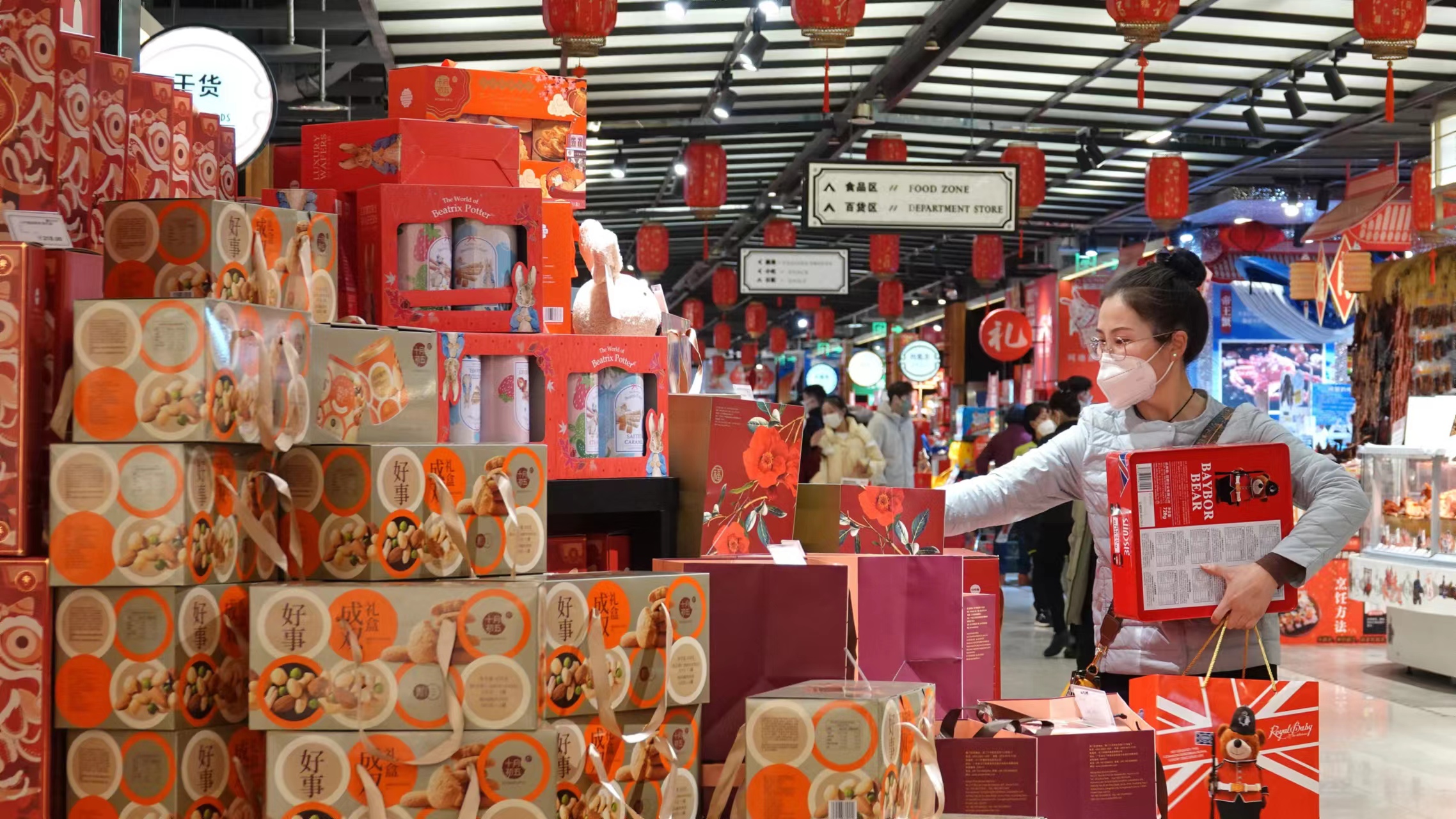 Goods for the Chinese New Year in a supermarket in Zhengzhou, capital of central China's Henan Province, January 19, 2023. /CFP

Goods for the Chinese New Year in a supermarket in Zhengzhou, capital of central China's Henan Province, January 19, 2023. /CFP

Synonymous with the theme of reunion, Chinese New Year is the most important festival of the year for Chinese people. They rejoice in the festive atmosphere and typically take part in a series of rituals, including giving gifts to their loved ones.

Young people have become the main shopping force during the New Year season, and their spending habits are influencing lifestyles.

He Xiaochun bought a smartphone for his grandmother as a gift for the coming festival, which starts on Sunday. He plans to teach her to use the messaging app WeChat during the vacation so that they can see each other more often through video calls.

He studies at university in Beijing and can only see his grandmother, who lives in Chongqing, a municipality in southwest China, once or twice a year.

"Using a mobile phone specially designed for seniors, she cannot see me when I call," said He. "It's time to let her experience and share the digital life."

Showing love and care for senior family members through gifts is a popular trend among Chinese consumers, with over 70 percent of them saying they buy goods for their parents, according to a report released by online shopping platform Jingdong last week.

Online shopping festivals are held on all major platforms to seize the shopping spree before the Chinese New Year. The number of consumers was 1.4 times that of the same period last year during the recent week-long festival on live-streaming platform Douyin, China's version of TikTok.

Wang Lili, 35, is not going to the make the journey to her hometown during the festival this year.

She is expecting a baby born in the Year of Rabbit in February, but now lives in Chengdu, capital of southwest China's Sichuan Province, far away from her family home in Handan, north China's Hebei Province.

Thanks to convenient e-commerce platforms, Wang was able to send New Year gifts to her parents and relatives in advance.

Besides people who can't go home, those who want lighter suitcases while traveling also buy gifts online. In most cases, the presents arrive before the purchaser.

An increasing number of consumers are placing orders online and asking for goods to be delivered to their hometowns rather than where they live, according to data from multiple online shopping platforms in China.

For example, orders placed from the cities of Beijing and Shanghai and the provinces of Guangdong, Jiangsu, Shandong and Zhejiang increased 34 percent year on year during Jingdong's recent New Year shopping festival.

The number of orders processed by logistics service provider Cainiao for direct delivery during the festival is expected to increase by 30 percent compared to the same period last year. The goods transported are normally drinks and ready-made gift boxes.

New Year must-haves, such as couplets, red envelopes and paper-cuts for window decorations with the image of a rabbit, are selling well this year.

In the culture of Han Chinese, it is traditionally believed that people may come across more difficulties in their own zodiac year. Thus, people born in the Year of Rabbit expect to receive something red to resist bad luck during the festival.

When preparing for the celebrations, food is at the top of Chinese consumers' shopping lists.

In recent weeks, consumption of meat, fruits, snacks and beverages has increased significantly. Meat, tea and liquor have been popular gifts for most families since ancient times.

With a wide range of presents to choose from nowadays, some young people crave new gift-giving ideas. 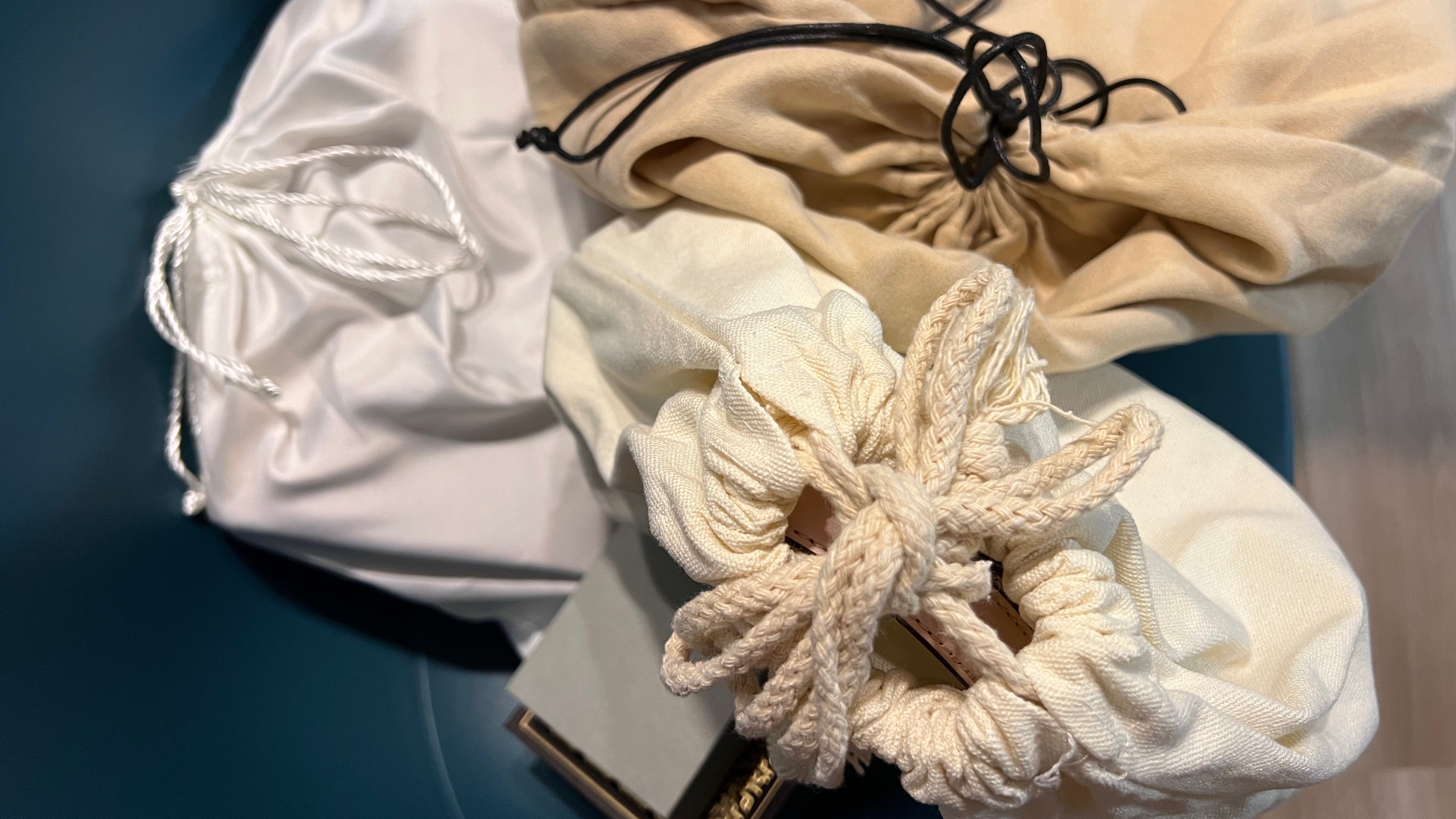 For Hailey Yu, preparing proper New Year gifts for her parents has always been a headache, especially for her father. Instead of asking them what they want, Yu aims to give them a surprise. She has given clothes, bags or jewelry for her mother, and phones or tablets for her father in recent years.

"My mother is usually happy with whatever I buy, but my father will give detailed feedback. He requires the gift to be practical, not showy," said the 27-year-old. This year, she prepared wine and an accompanying set for her oenophile father.

"Giving gift money in red envelopes would be much easier, but I am afraid they wouldn't accept them," said Yu, who works in Beijing and will go back to her hometown in Dalian, northeast China's Liaoning Province on Friday.