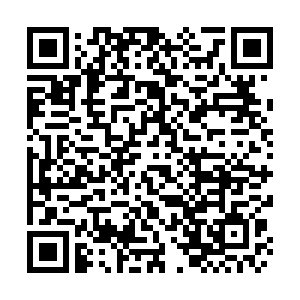 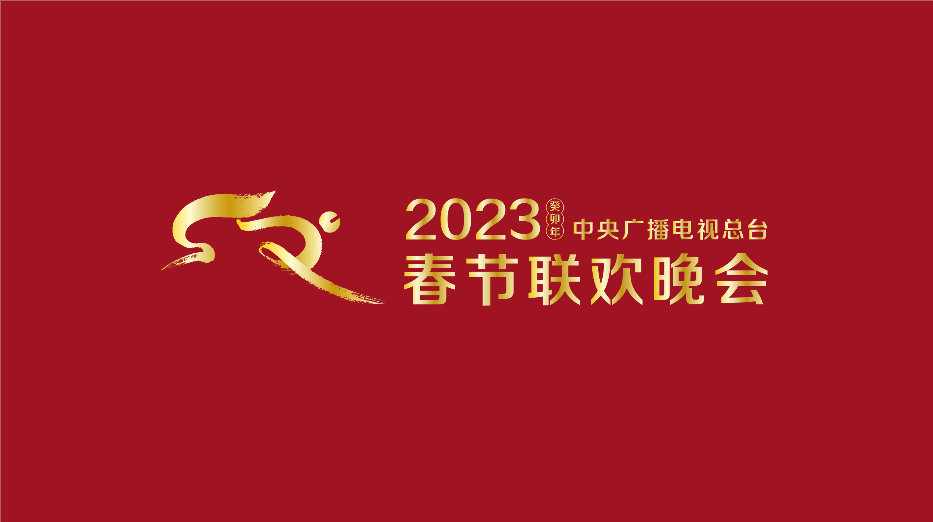 The official logo for the 2023 Spring Festival Gala. /CMG

The official logo for the 2023 Spring Festival Gala. /CMG

With 40 heartfelt programs, the gala presented a high-quality cultural feast, highlighting the beauty of China in a magnificent context for global audiences. 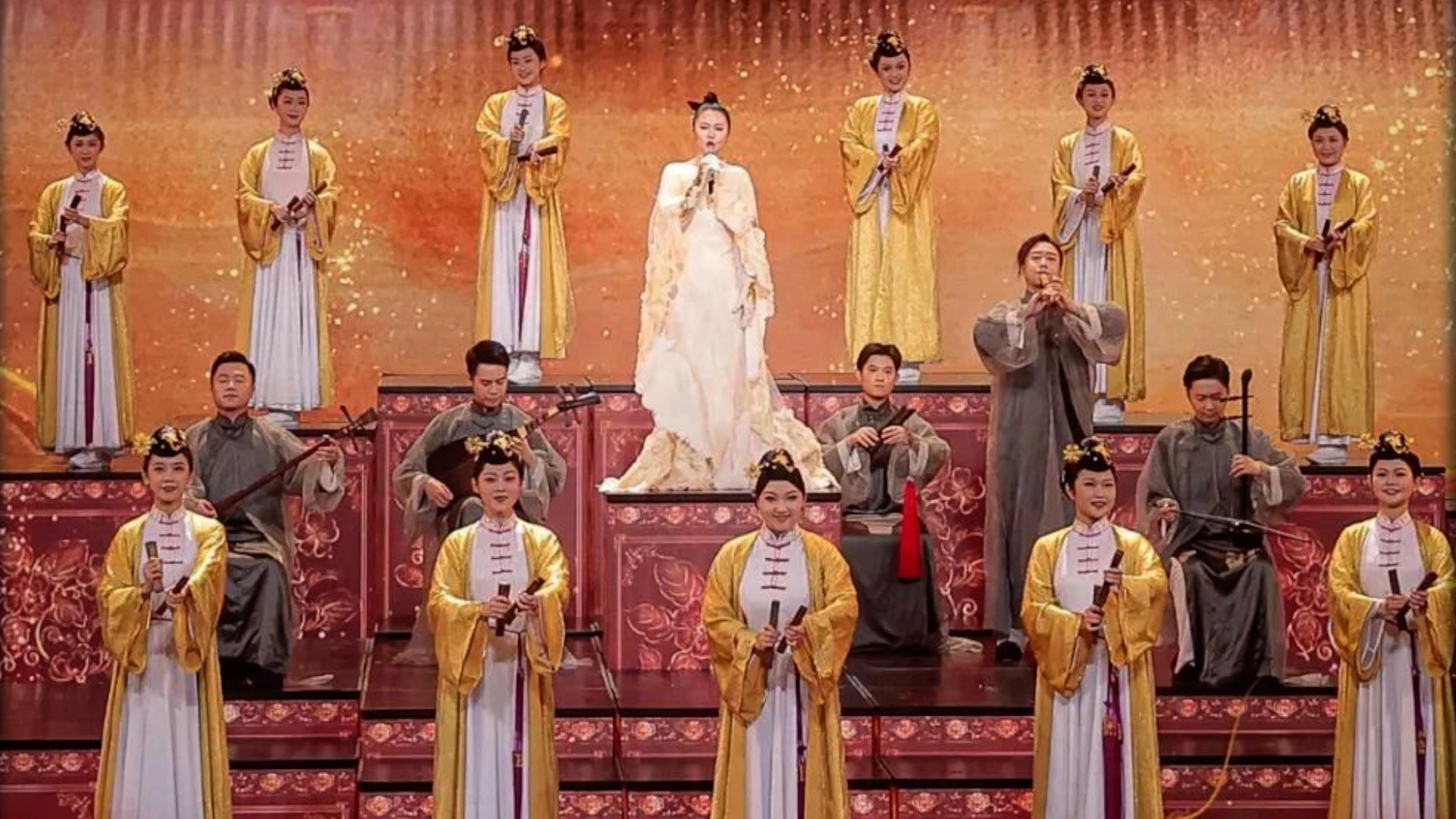 Program "Hundreds of Birds Coming Home," a song and dance performance based on Cantonese Naamyam, also known as Narrative Songs, brought a glimpse of splendid traditional Chinese culture. Originating in south China's Pearl River Delta region, Naamyam was initially performed by blind people in the form of storytelling and singing. 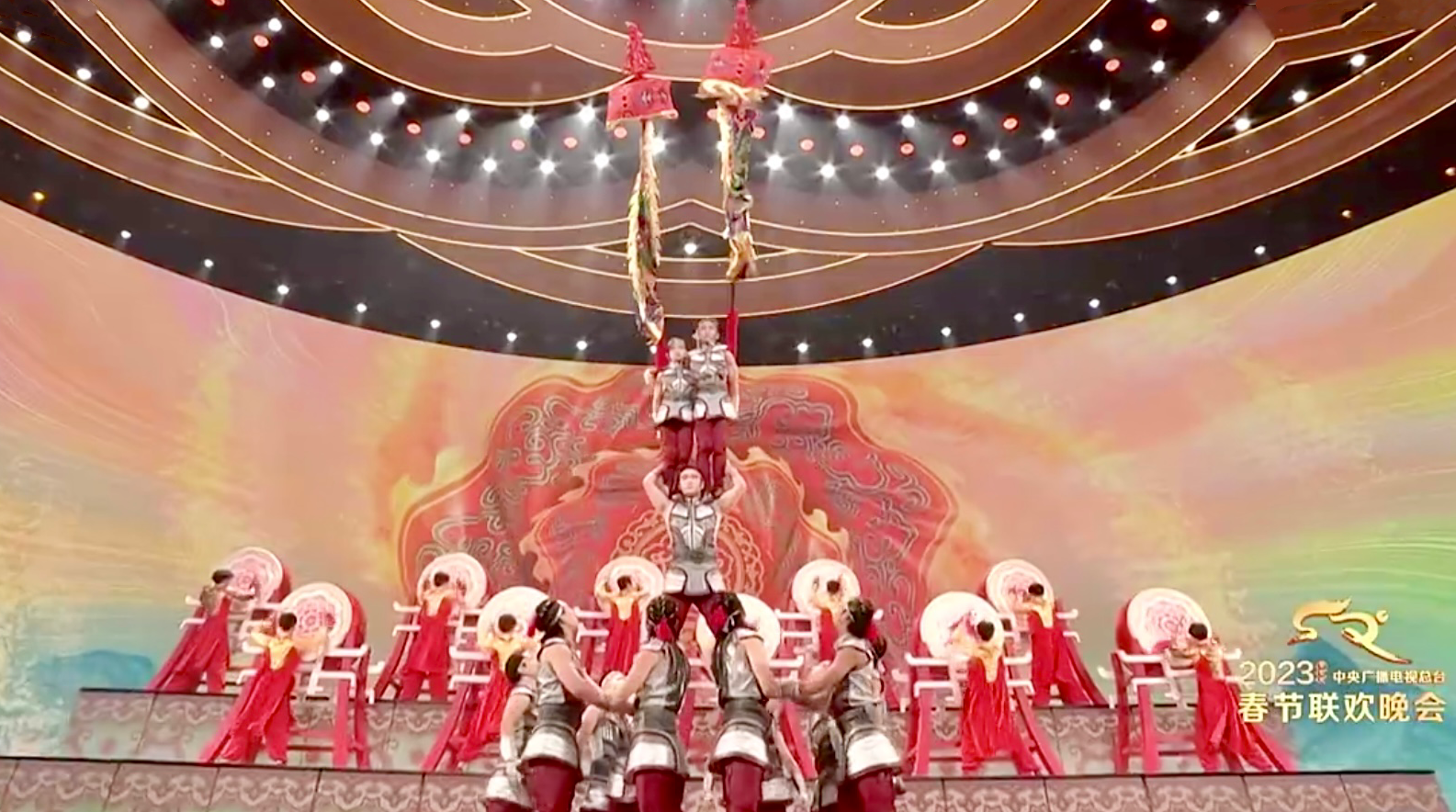 Performers from Cangzhou City, north China's Hebei Province, and Jilin City, northeast China's Jilin Province, presented the acrobatic performance "Dragon Flying Over China." The performance was based on a military training session of the Chinese army in the Tang Dynasty (618 – 907). It was a perfect display of skills and power. As many as ten new moves were added to Saturday's performance, which also included elements of Peking Opera, Chinese martial arts, and traditional dances.

The Chinese-dragon-shaped gonfalons performers used were called "Zhong Fan (Chinese gonfalon)" in Chinese. Each is six meters tall. None of them ever touched the ground during the performance. While the performers were tossing, catching, and passing the gonfalons to each other, they also completed a series of moves that dazzled the audience's eyes. 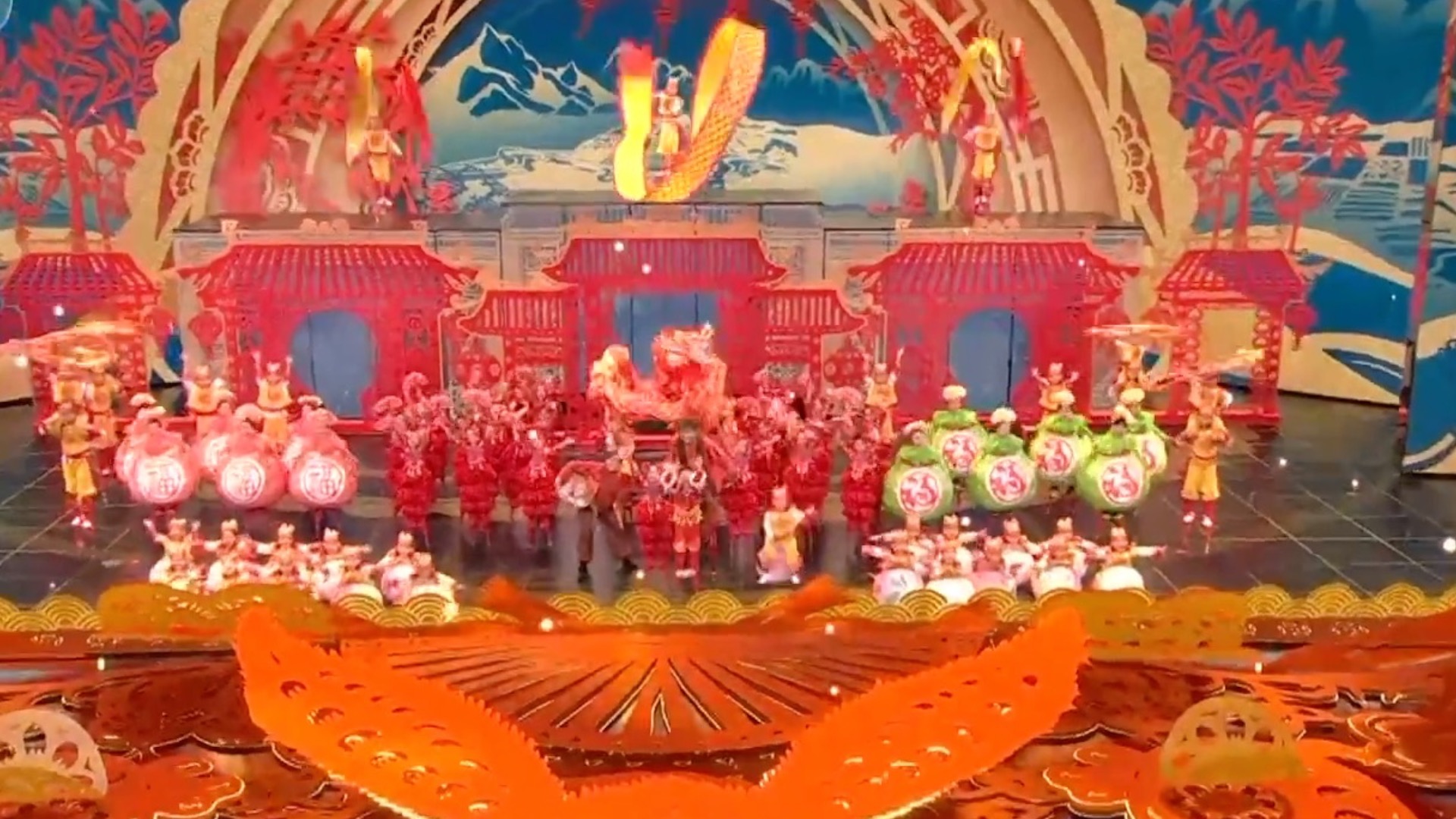 Performers from Laizhou City and Zhao Yuan City, east China's Shandong Province, presented a youthful folklore program called "Me And Grandpa Walking On Stilts." Stilt walking has been a tradition to celebrate the Spring Festival in northern China. Performers usually dress in special costumes and walk in certain formations. It's very popular among the elderly and children. Chinese parents often take their children to visit their grandparents during the Spring Festival. Walking on stilts is one of the traditional entertainments the different generations of people can enjoy together outside.

The performance on Saturday night reproduced the above heart-warming moments in real life. It was a combination of traditional dance and yangko dance of Haiyang City, east China's Shandong Province. Moreover, like an opera, it told a happy story about children learning how to walk on stilts from their grandfathers and joining the elderly in the yangko dance. 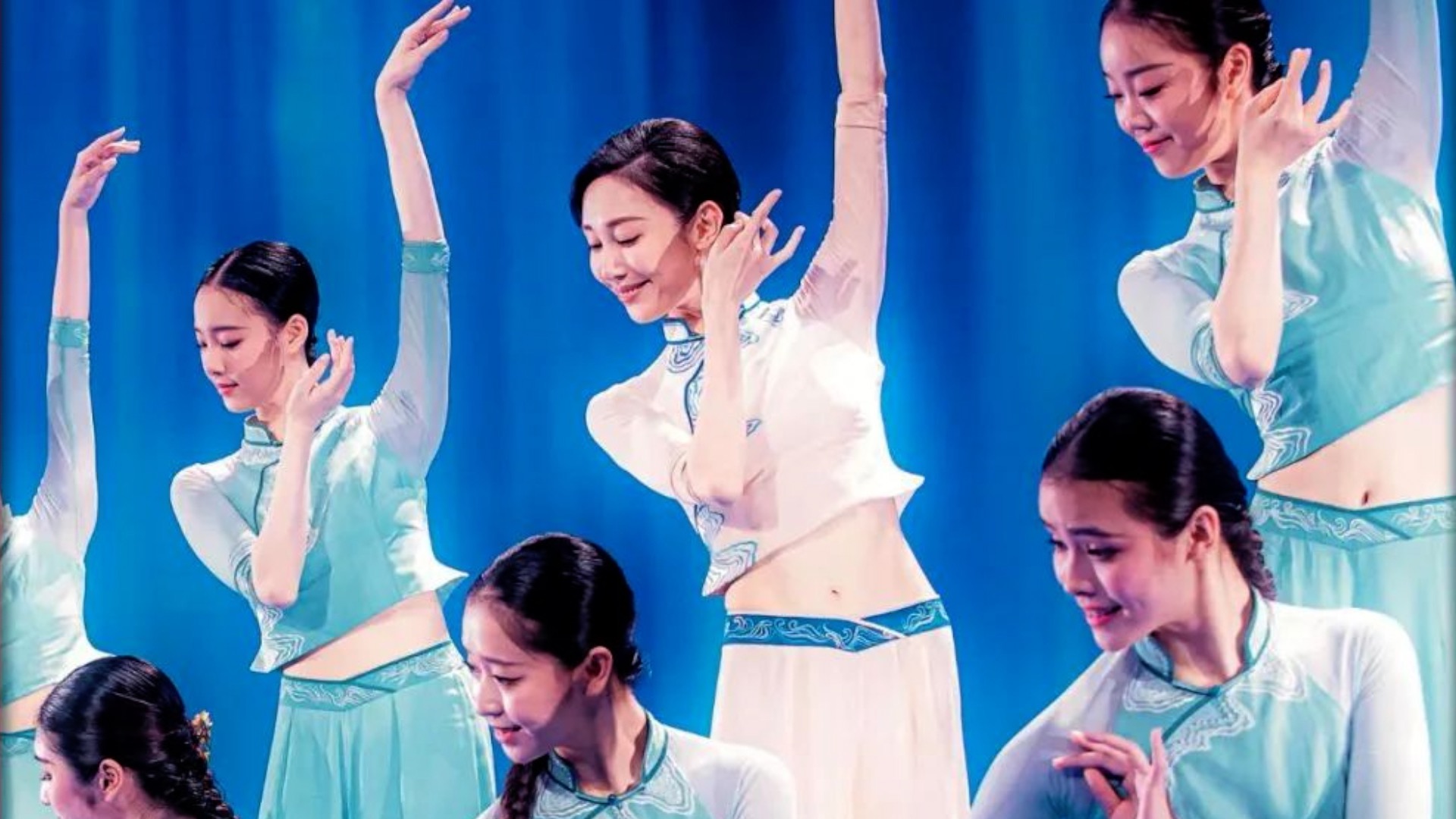 In the dance drama "Stepping Stones," veteran dancer Zhu Jiejing, along with dancers from Zhejiang Conservatory of Music, use their graceful dance moves to present a scene of walking on a stone bridge in the memories.

The dance drama was inspired by the Dingbu Stone Bridge in Wenzhou, east China's Zhejiang Province. "Dingbu" represented the original form of the bridge which was arranged with stones resembling piano keys. The bridge has a total length of 144 meters and 233 steps. Each step is divided into two levels - the higher level can be used for people carrying a shoulder pole or walking when the water is rising, and the lower level can accommodate two people walking side by side.

The integration of Chinese traditional splash ink landscape painting and modern light and shadow technology presented a picturesque visual feast for the audience. 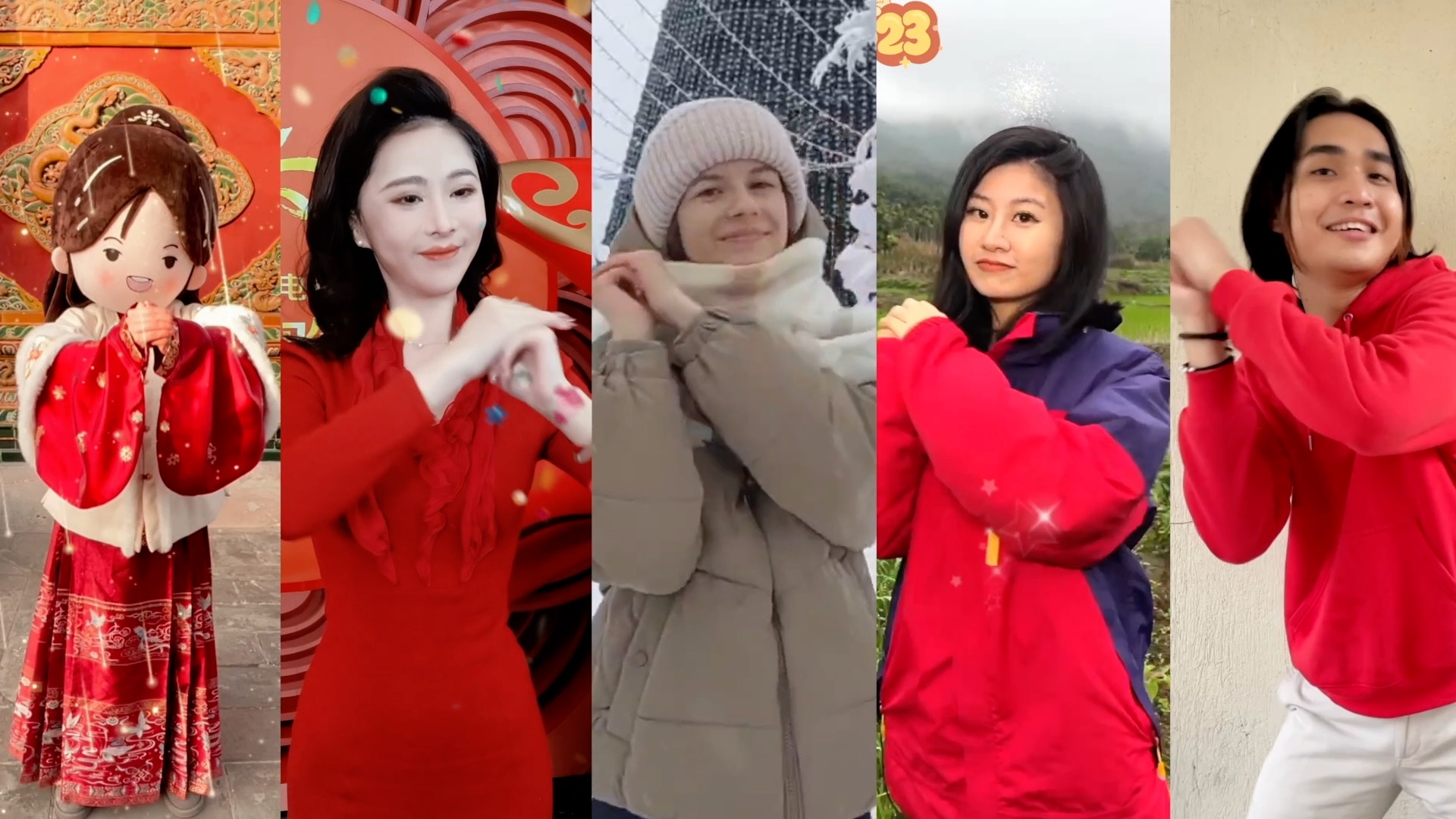 On the day of the festival, CGTN also brought the Spring Festival "Super Night" gala at 7:30 p.m. BJT to global audiences to showcase the vigor and charm of traditional Chinese culture.

As 2023 marks the Chinese Zodiac Year of the Rabbit, CGTN presented a special performance - the "New Year Rabbit Dance," to audiences. CGTN has launched an online dance challenge in January, inviting fun makers around the globe to show their dance moves as we usher in the Year of the Rabbit. The #NewYearRabbitDance challenge has garnered over 170 million views of videos created by online users worldwide.