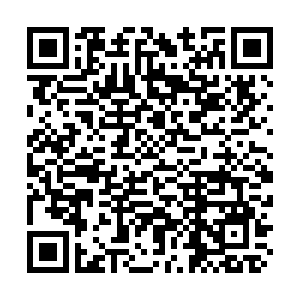 The 40-year-old Spring Festival Evening Gala presented Saturday by China Media Group (CMG) has attracted 11 billion views via all its media channels, with people aged 15 to 44 making up 50.5 percent of total viewers. This means the scale of the event's livestreaming on new media reached a historic high.

Also known as "Chunwan," the gala is annually broadcasted live on TV on the eve of Chinese New Year. It is China's most celebrated festivity, with millions of people watching the event at home with their families as a way to celebrate the arrival of the new year.

CMG has made full use of its integration of various media platforms, refreshing the record for the multimedia broadcasting scale of the gala. The gala's ratings on CMG's TV channels accounted for 76.2 percent of China's TV market, an increase of 2.1 percent from last year. On new media, it attracted 188 million viewers, a 56.7 percent rise from a year before.

Up until 2 a.m. Sunday, the event generated 607 topics that appeared on trending searches across all online platforms, with 51 of them making the top one searches. Chinese social media Weibo saw 22 words related to the gala going viral among its users.

The gala's international broadcasting has also set a number of new records. CGTN's TV channels in five languages as well as its new media platforms in 68 languages enabled 173 countries and regions and over 1,000 media organizations to live stream the event. Up until 8 a.m. Sunday, CGTN's all online channels generated more than 1,900 reports related to Chunwan, attracting 277 million views.

Foreign media's reporting on the festivity has also risen sharply. The 46 Chunwan reports produced by CCTV+ were adopted and broadcasted 838 times by 231 TV outlets from 56 countries and regions. Among these outlets, 54 percent were from G7 countries and 64 percent from G20 countries.