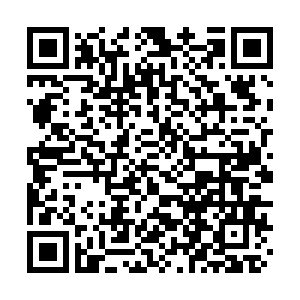 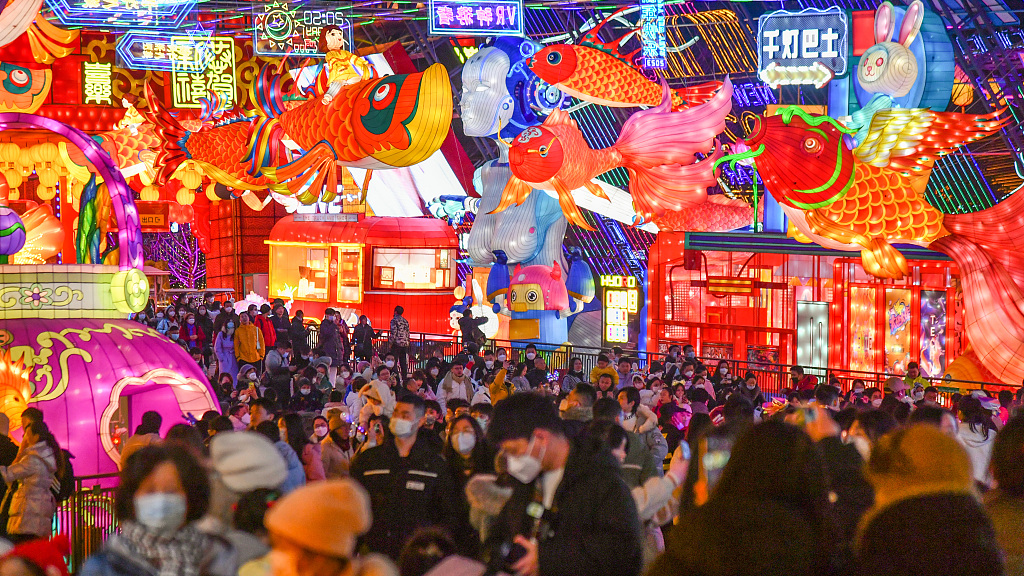 With the continuously optimized COVID-19 prevention and control policies, cities in China have regained its hustle and bustle and seen the rebooting of the domestic consumer market, while the Spring Festival, the most important Chinese holiday of the year, is impending.

By January 13, a total of 23 Chinese provinces, municipalities and autonomous regions have released their GDP growth targets for 2023 – falling between 4 and 9.5 percent, which demonstrates strong expectation nationwide in economic recovery from the pandemic. In line with the priorities highlighted by the annual Central Economic Work Conference held last month, the economic work plans of provinces this year all emphasize expanding domestic demand and that the recovery and expansion of consumption should be given top priority.

Many local governments have launched an array of policies to spur consumption. Retailers around the world aspire to reinforce sales during major holidays, which are expected to have a "multiplier effect" on revenue generation. This effect is more extensive when the authorities implement additional policy measures to boost consumption.

Consumption vouchers can leverage a larger consumer market with a small government subsidy. For instance, in east China's Zhejiang Province, more than 250 special promotion activities are to be held across the province during the Spring Festival, together with consumption vouchers worth of over 1.6 billion Chinese yuan ($237.8 million). Shanxi Province in north China plans to issue 1,500-yuan vouchers per person for people with needs.

In the northern coastal metropolis Tianjin, 115-million-yuan ($17.2 million) vouchers have been issued since January 11, with four sponsored categories of automobiles, home appliances, retails and catering services.

In the first 11 months of this year, retail sales of consumer goods in China edged down 0.1 percent year-on-year. The service-related sectors, which might have taken the heaviest losses during the pandemic, is the first batch to see a revival. Roads, subways, restaurants, shopping malls, and movie theaters are flooded with consumers again.

Meanwhile, traffic congestion is creeping back up. Outside restaurants, we can see throngs of people crowd outside waiting for seats during peak hours. It can be anticipated that catering consumption, driven by local demands, will resume.

Customers in malls are also soaring these days and flocks of people are leaving with shopping bags full. Concerning the film industry, in the coming months, movie theaters are predicted to almost return to the pre-pandemic level. Several new film trailers have been spread on social media, including "The Wandering Earth II," a prequel to the 2019 sci-fi blockbuster "The Wandering Earth," detonating the Spring Festival film market. And the pre-sale box office of four movies has surpassed 200 million yuan ($29.5 million).

Shanghai announced that it would start issuing specialized movie ticket couple worth a total of 20 million yuan to attract movie-goers to cinemas and boost the movie market. Each person can receive a discount of 20 yuan per ticket. The promotion event will cover 330 cinemas across Shanghai and is expected to benefit up to one million consumers.

The consumption recovery momentum is boosted by short local tours and long tours across the country. First, with this year's Spring Festival travel rush (chunyun) kicking off two weeks ago, people are reuniting with their family and friends after homeward-bound travel, and the number of passenger trips is expected to surge 99.5 percent from last year to reach nearly 2.1 billion.

Moreover, the passenger flow to many leisure and entertainment venues such as ski resorts and beach resorts have seen a significant increase in numbers. Chinese social media platforms have been recently filled with photos and videos of people skiing and snowboarding. 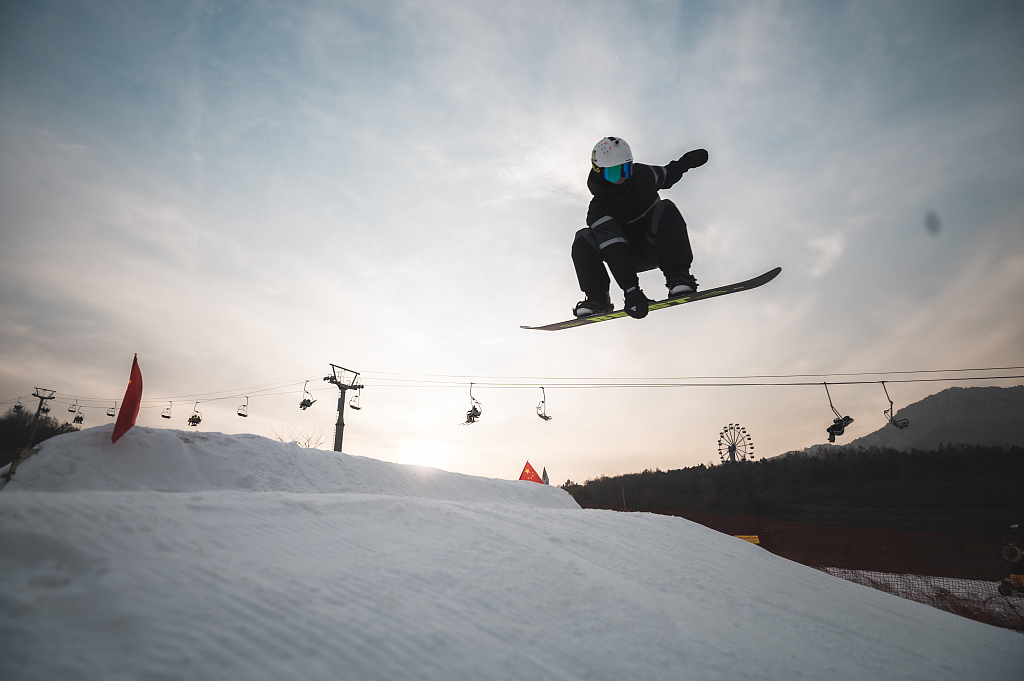 Thanks to the promotion of the 2022 Beijing Winter Olympics, more and more people are enjoying winter sports. In Beijing, most skiing resorts were open in early December 2022, following the relaxation of COVID-19 restrictions. Many ski reports nationwide have already ushered in the first wave of the peak season on New Year's Day.

Long-time wait could not thwart the joy of enthusiastic ski-lovers. It is reported that over the last weekend at the Yuyang Ski Resort in Beijing's Pinggu district, it could take at least 15 minutes for one to queue up and get a pass for skiing. And before that, many people needed to queue in longer lines for another half hour to rent ski gears before they could set foot on the pistes. There is good reason to believe that China's ski industry will rise to new heights soon.

In the southmost Hainan Province, more than one million tourists have swarmed into the island in the three-day New Year holiday, and generated over 1.5 billion yuan of tourism revenue. The rising trend of enthusiasm for travel is highly possible to extend into the seven-day Spring Festival holiday.

In the short run, China's consumption market will pick up, especially during the Spring Festival, with consumption related to services and travel registering a distinct rebound. In the long term, consumption will drive economic growth in China.

Many experts have forecast a "stagflation" (stagnation and inflation) that the global economy will experience in 2023. As China's market order gradually restores, demand that has been previously contained by the pandemic will be released, we shall rest assured that the country can provide strong impetus for global economic growth.