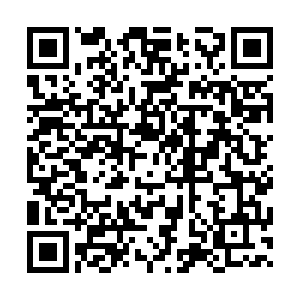 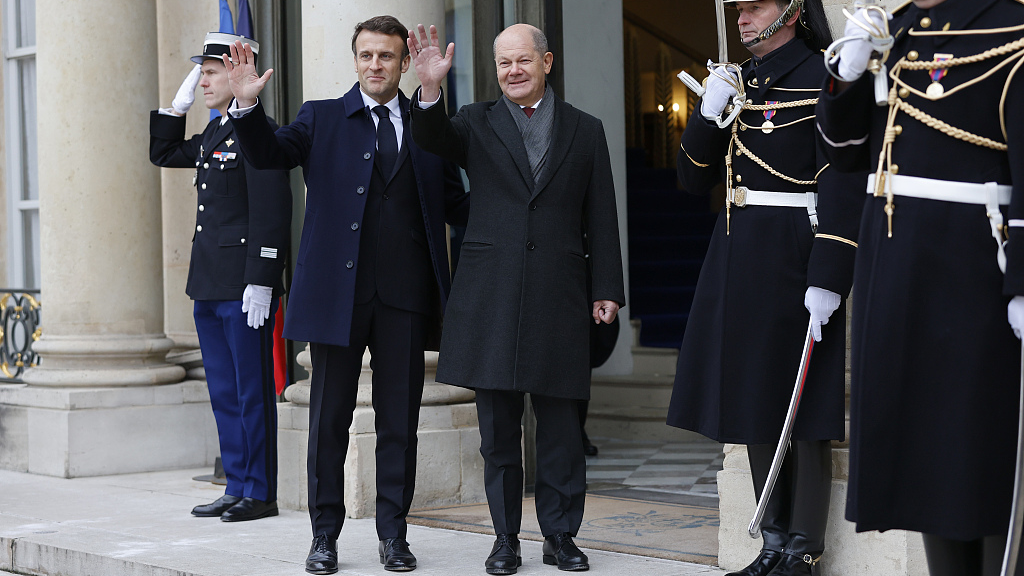 Energy transition is vital to cut greenhouse gas emissions, battle air pollution, improve energy security, generate high-tech jobs and foster innovation, as well as to enable sustainable development and climate resilience. After the pandemic, the recent global crisis has redrawn global attention toward energy poverty, with which Europe is struggling.

On January 22, German Chancellor Olaf Scholz and French President Emmanuel Macron met in Paris to discuss the European Union's (EU) response to America's discriminatory Inflation Reduction Act (IRA), which may help the Joe Biden administration to further its "Made in America" approach, but threatens to regenerate a new transatlantic trade war.

Cooperation is essential to support a clean, green and renewable energy transition, but the U.S. is taking it as an opportunity to fragment the world and strike a blow to the EU economy by cutting the bloc's companies out of the U.S. domestic clean energy market with an intent to make Europe more dependent on Washington.

The $369 billion package provides industrial subsidies and tax credits for domestic production of electric vehicles (EVs), renewable energy, sustainable aviation fuel, hydrogen and other green industries, if they are mostly processed and manufactured in North America and "risk luring" the European businesses to move their investments to America.

At the annual meeting of the World Economic Forum, von der Leyen unveiled the Union's "Green Deal Industrial Plan" and shared her gripes toward the IRA. Taking note of China's progress in clean-tech innovation, EVs and solar panels, she accused Beijing of encouraging energy-intensive companies in Europe to relocate production, yet stressed the EU needed to "work and trade" with the global leader in renewable energy.

China is the dominant supplier and manufacturer of a number of key clean-energy products for it has long committed itself into exploring new clean technologies and poured heavy investments into energy efficiency and wind, solar and other renewables. As Beijing moves on the center stage, the Chinese initiatives have helped drive down clean energy costs "for the benefit of the world."

In June 2017, China brought together the world's leading fossil fuel producers and clean energy proponents in Beijing on a single platform to accelerate the pace of energy transition. The meeting that comprised energy ministers and other high-level delegates from 22 countries and the EU – featuring a new Innovation Theater event to showcase game-changing innovations and inspirations from China – substantiated the fact that Beijing wasn't pursuing dominance but "a new era of shared clean energy leadership."

According to the International Energy Agency (IEA), China is predicted to account for almost half of new global renewable power capacity in 2022-2027 and will likely reach its 2030 target of 1,200 gigawatts of total wind and solar capacity "five years in advance." Beijing's growth in hydrogen production offers opportunities to decarbonize industry and transport; it is estimated to have invested $90 billion during the forecasted period, more than triple the investments by the rest of the world combined.

Following years of underinvestment in all forms of energy, including clean energy, the global energy supply shock is being exacerbated by the Ukraine crisis, directly impacting Europe. At this defining moment, China's achievements in clean-tech innovation and expansion across solar panels and EVs can facilitate the EU to write the "story of the clean-tech economy."

Industrial subsidies are one of the trickiest disagreements between Brussels and Washington. The EC and the EU leaders have repeatedly sought for the U.S. to end this discrimination. While Biden isn't ready to make a concession, his climate envoy John Kerry has downplayed the EU's concerns, seeking them to do the "same thing." 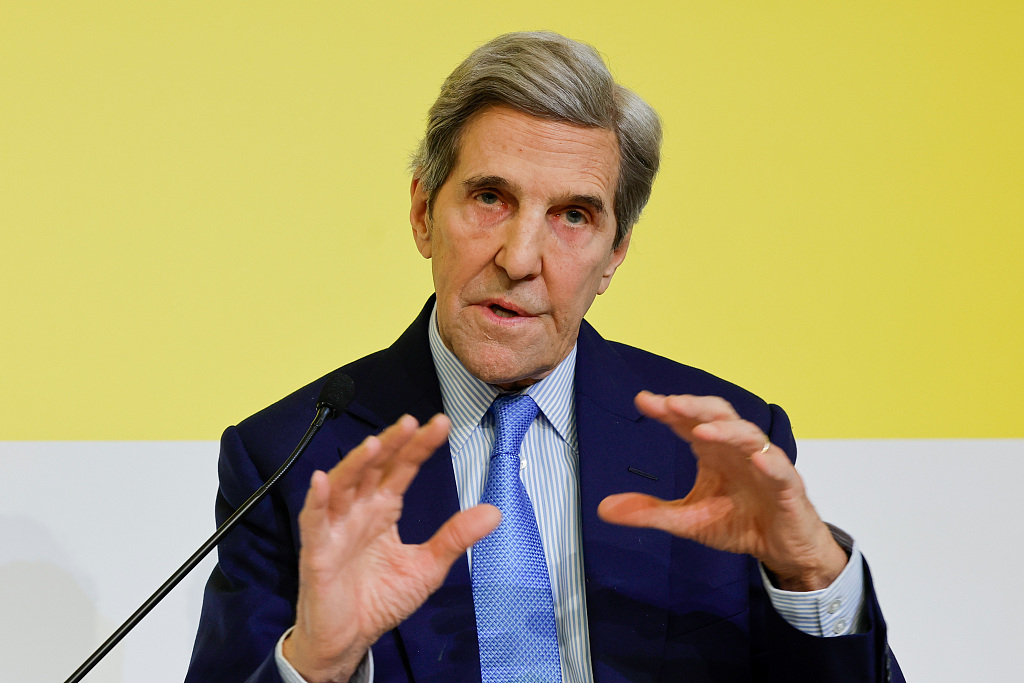 John Kerry, U.S. special presidential envoy for climate, speaks during an event on the sidelines of day three of the World Economic Forum (WEF) in Davos, Switzerland, January 19, 2023. /CFP

John Kerry, U.S. special presidential envoy for climate, speaks during an event on the sidelines of day three of the World Economic Forum (WEF) in Davos, Switzerland, January 19, 2023. /CFP

A deep sense of urgency has prevailed in the Union since a Korean solar energy company, Hanwha Qcellsa, announced its decision to invest $2.5 billion to manufacture solar panels in Georgia. The problem is the U.S. lacks enough labor support to implement such expansion plans. Still, Biden wants to divert all investments and manufacture everything in America, even as his efforts are obstructing the deployment of clean energy in the country and will delay global energy transition over higher costs of production.

This exemplifies that Biden's approach is wholly driven by the "America First" policy, regardless of whether this protectionism does much harm to global energy transition. His headstrong drive and impulsiveness, to impose its interests on the EU and make the bloc a "playing field," is urging the EU to take "very strong, positive and reassuring" measures to prevent an industry exodus and counter the discriminatory IRA funding by outlining its "own policy."

China has built the world's largest clean energy corridor and turned into a "veritable" green power thanks to mammoth domestic and outbound investments in renewable energy. The East Asian country is strengthening its position as a clean technology innovator through policy consistency spanning decades with innovation being central to China's targets of peaking its emissions by 2030 and achieving carbon neutrality by 2060.

Beijing and Brussels share common interests and objectives on clean energy transition. Since 1994, the two sides have held an annual dialogue to cooperate on energy issues including energy efficiency and the role of innovative energy actors. Bilateral collaboration mechanisms – such as the EU-China Energy Cooperation Platform, funded by the EU Partnership Instrument that is designed to promote the bloc's strategic interests – are there to forge innovative partnerships and create new models of sustainable growth to advance the global transition to net zero-goals and successfully implement the Paris Agreement.