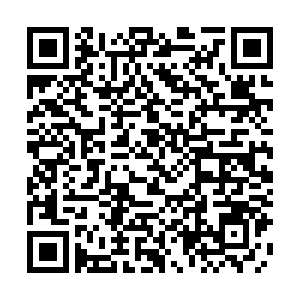 The Chinese Consulate General in Los Angeles confirmed on Monday that at least one Chinese citizen was among those killed in the Monterey Park shooting that left at least 11 people dead.

The fatal incident occurred at 10:22 p.m. Saturday local time in Star Ballroom Dance Studio, a popular ballroom dance facility that has been operating for about 30 years when it was hosting an event to celebrate the countdown to the Chinese New Year.

The mass shooting left 11 dead and 9 wounded as of Monday, according to the authorities. All victims are over their 50s.

California shooter kills himself after a massacre at dance club, motive unclear

"It is currently confirmed that a Chinese citizen was unfortunately killed in the incident," the consulate's spokesman said in a statement posted on its official website. "We are working with relevant domestic departments and the United States to assist in dealing with the aftermath."

The statement noted that the mass shooting, the most fatal one in the U.S. since the start of the year, happened in a local Chinese community during celebrations of the Chinese New Year and was "shocking and deeply regretted."

The consulate also expressed condolences to local Chinese communities, including Monterey Park, a city of 61,000 residents located on the eastern edge of Los Angeles with a majority Asian American population, while reminding local Chinese citizens of safety awareness.

The Chinese embassy and consulates in the United States have flown Chinese flags at half-staff to mourn the victims.

UN Secretary-General Antonio Guterres on Monday extended his condolences to the families and loved ones of the victims, and expressed solidarity with the Asian-American community in the U.S., according to his spokesman Stephane Dujarric.

Following the shooting, U.S. President Joe Biden on Sunday night ordered American flags on federal government property to be flown at half-staff until Thursday at sundown to honor the victims.