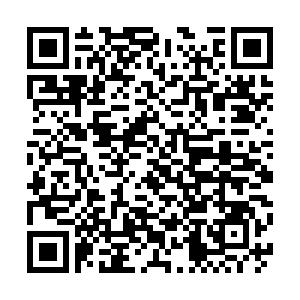 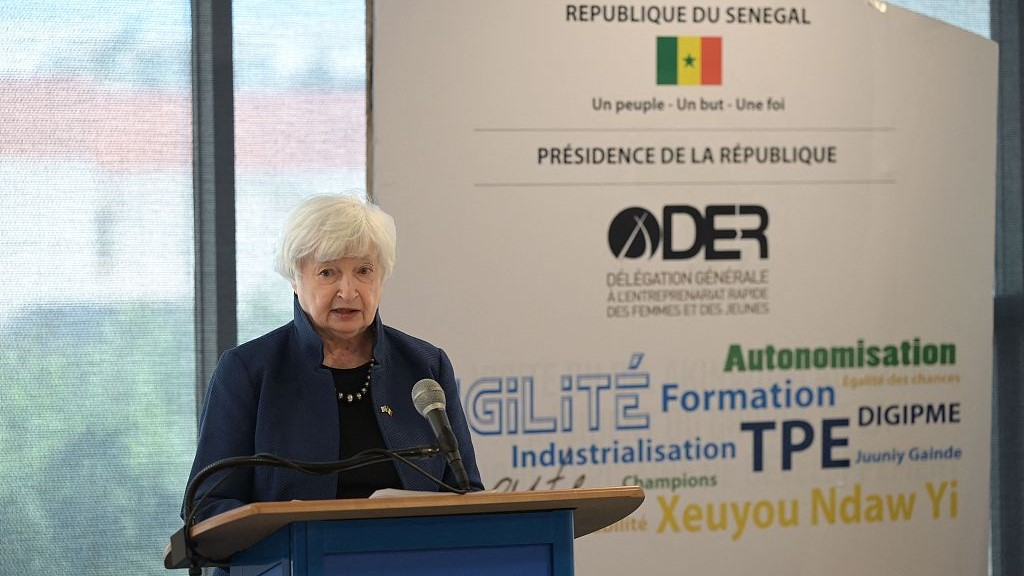 Editor's note: Bereket Sisay is a commentator of international affairs, with a special focus on Africa. The article reflects the author's opinions, and not necessarily the views of CGTN.

U.S. Treasury Secretary Janet Yellen is on a 10-day visit to African countries from January 17 to January 28 that aims at promoting economic ties along possible lines of partnership between the U.S. and Africa. On her second leg of a tour of African countries, she visited Zambia on January 23 and called on China to address Zambia's heavy debt burden. Yellen has demonstrated the U.S. commitment to continue alleging China-driven "debt-trap" problems in Africa while storming the global South-South cooperation that aspires to bring equal development for all.

Africa has long been engulfed by infrastructural development gaps, which have had a negative impact on its economic and social structures as well as its large population. It is an obvious fact that many African countries are deficient in financial capacity to build all these infrastructural projects and transform the status quo. As a result, the fundamental socio-political reality that has solely pushed the continent to seek loans from China was not created by any political factor, nor does China mandate that states be enticed to accept these loans. Chinese development assistance follows a casual business practice that prefers a recipient-driven model determined by bilateral deals as well as other important political and economic interests. Furthermore, Chinese loans to Africa are primarily low-interest rates with a longer maturity period and no strings attached, which is in sharp contrast to multilateral financial institutions that have experienced low demand rates.

Moreover, in 2022, the sub-Saharan African debt burden reached a record high of $789 billion, according to a World Bank report. Yet, among these, Chinese lenders constitutes only below one fourth of the total amount while multilateral financial institutions and commercial creditors hold nearly three-quarters of Africa's total external debt as global financial resources disclosed it.  Hence, if there are any responsible entities that would be accountable for Africa's heavy burden problems, it should be all the creditors, including multilateral institutions and creditors altogether; there cannot be any single actor blamed for all the mess. 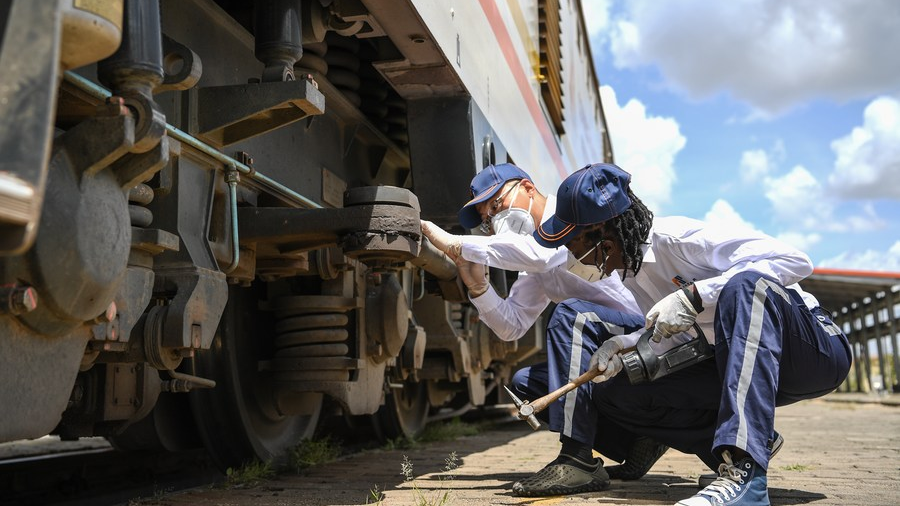 Despite this, U.S. politicians and their enablers have been peddling the narrative that African countries are burdened by debt imposed by the Chinese government. The so-called African "debt-trap" has long been touted by both Democrats and Republicans, and more importantly, it has been further advanced by value-laden U.S. corporations and agencies, including media outlets. Yet, no African countries are complaining about any forms of "debt-trap;" rather, the agenda is now being exported and more pronounced by outsiders. This clearly implies that the term "debt-trap" is a fairy tale and an obscuring description of China's relationship with Africa, intended to reverse the gains of this mutually beneficial partnership. However, there is not an ounce of truth regarding the narration; everything is destined to be nullified.

"Debt-trap" is an organized campaign and diplomatic containment strategy aimed at preventing Chinese economic and political influence in Africa. Thus, Yellen's trip to Africa, particularly to Zambia, goes beyond stated objectives and is slanted towards discrediting China's development financing assistance to African countries. It also has more to do with defaming China as a country that prefers to use accumulated debt to achieve long-term strategic political and economic goals. This single charge contrasts sharply with the pragmatic reality on the ground, which is that China is a reliable ally to many African countries.

China has also been actively engaged in the case-by-case debt treatment for some countries under the G20 Common Framework while mentioning China's decision to channel $10 billion to Africa countries from its share of the International Monetary Fund's new allocation of Special Drawing Rights, and this is in progress.

This all indicated that, despite all these allegations, China has been executing its responsibility of alleviating Africa's debt burden in line with the principle of common action and fair burden-sharing along with other creditors. Aside from that, African countries must implement appropriate fiscal and monetary policies to shift the economy into a positive trajectory and manage their sovereign debt.

The U.S., besides accusing China of driving Africa into a "debt trap," has been busy figuring out how to carve out a plan to recalibrate its relations with African countries to put the partnership on a new course that could counter China's further economic cooperation with the continent. The move also included exploring new areas of engagement as well as refreshing the existing trade and investment relations that experienced falloff and were also well below average in comparison to China.