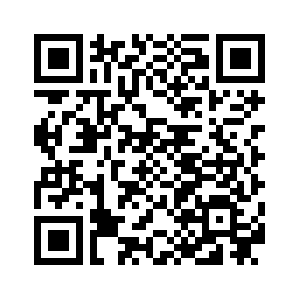 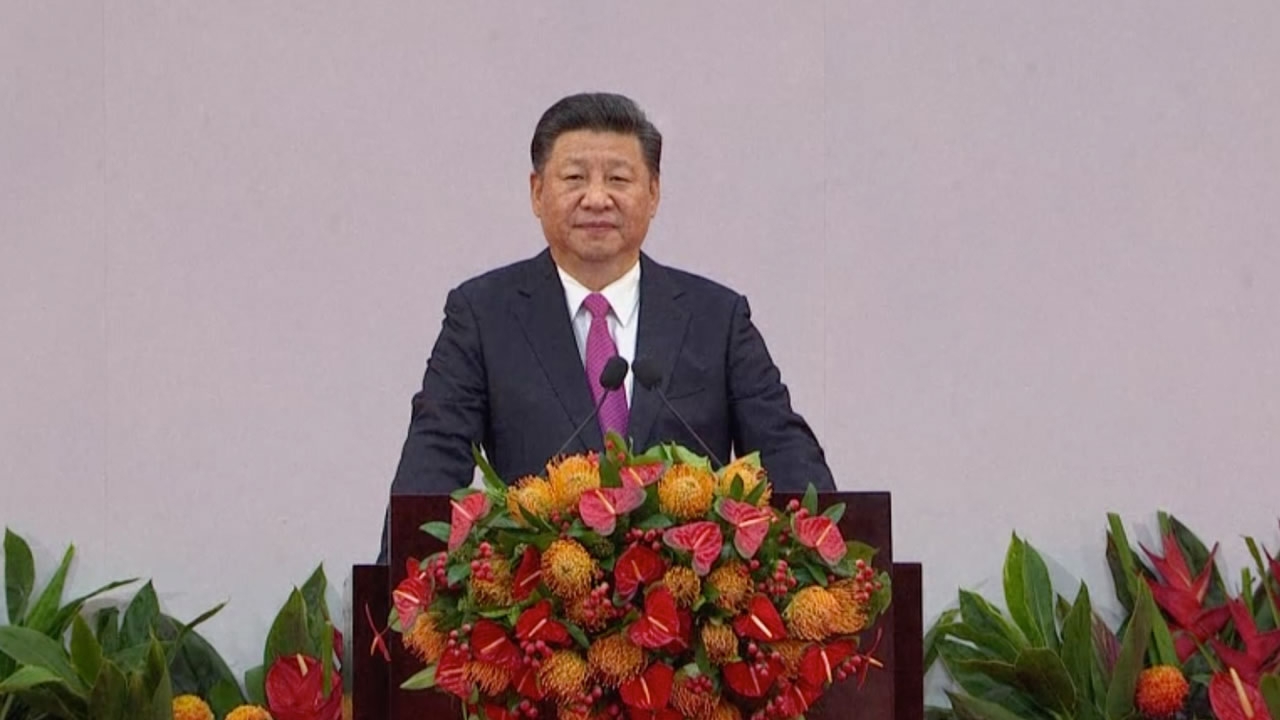 Chinese President Xi Jinping warned on Saturday that any attempt to undermine national sovereignty or challenge the central government's authority in the Hong Kong Special Administrative Region (SAR) would not be tolerated.
"Any attempt to endanger national sovereignty and security, challenge the power of the central government and the authority of the Basic Law of the HKSAR or use Hong Kong to carry out infiltration and sabotage activities against the mainland is an act that crosses the red line, and is absolutely impermissible," Xi said in a speech during a ceremony marking the 20th anniversary of Hong Kong's return to China at the Hong Kong Convention and Exhibition Center. 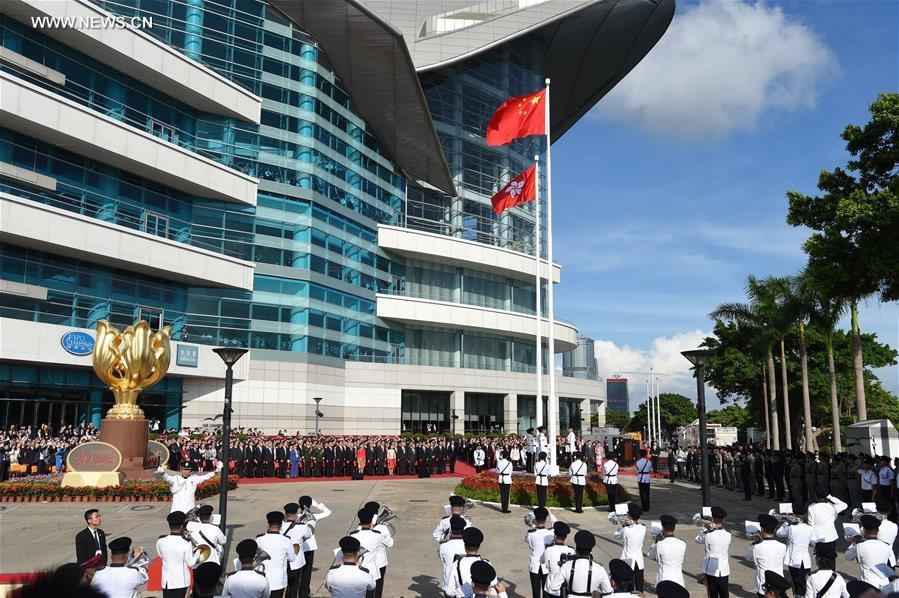 The Chinese president made the remarks while elaborating on how to implement the "One Country, Two Systems" principle in Hong Kong SAR.
Hong Kong's new chief executive Carrie Lam Cheng Yuet-ngor and her cabinet were sworn in at the ceremony.

Relations between 'One Country' and 'Two Systems'

During the past two decades, the practice of the "One Country, Two Systems" principle was a success recognized by the whole world, Xi said, calling it the best solution to Hong Kong's distinctive circumstances following its return to China after over a century under the British rule.
China has been striving to build a prosperous mainland under the socialist system and a prosperous Hong Kong under the capitalist system at the same time, said the Chinese president, who mentioned "One Country, Two Systems" 24 times in his 30-minute speech. 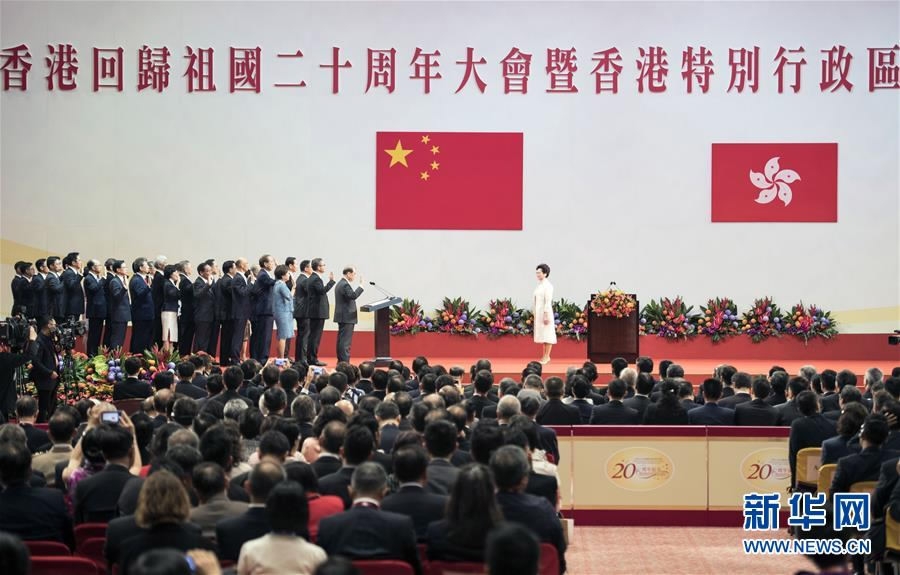 He reiterated that the central government will unswervingly implement the principle and make sure that it is fully applied in Hong Kong "without being bent or distorted".
Hailing "One Country, Two Systems" a great pioneering initiative by China, Xi said its practice, featuring socialism in the main body of the country and capitalism in certain regions, is unprecedented in human political history. "It is a breakthrough those before us made through exploration and with extraordinary courage. We the succeeding generation should practice and develop 'one country, two systems' with firm resolve," Xi said.
"In practice, we must strengthen the awareness of 'One Country,' firmly adhere to the principle of 'One Country' and properly handle the relationship between the SAR and the central government," he stressed.
While efforts should be made to uphold the "One Country" principle and maintain the central government's power, differences between "Two Systems" should also be respected and the SAR's high degree of autonomy must be guaranteed, Xi added. 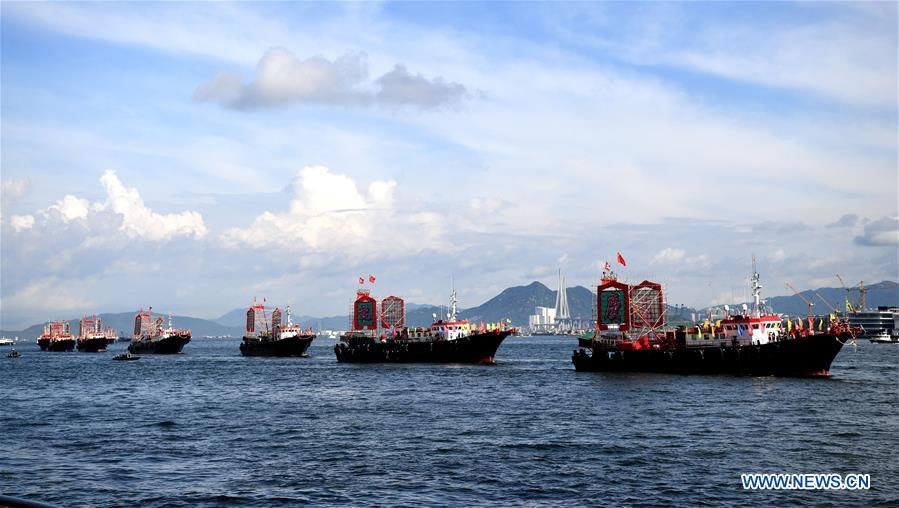 Hong Kong must be united

The Chinese president underscored the importance of maintaining harmony and stability in Hong Kong.
"Hong Kong citizens are enjoying unprecedentedly extensive democratic rights and freedom" since its return to China, Xi stated.
It is normal that different views and even major disagreement exist in Hong Kong, the Chinese president acknowledged.
Xi urged different social sectors of Hong Kong to build consensus and resolve differences through rational communication. 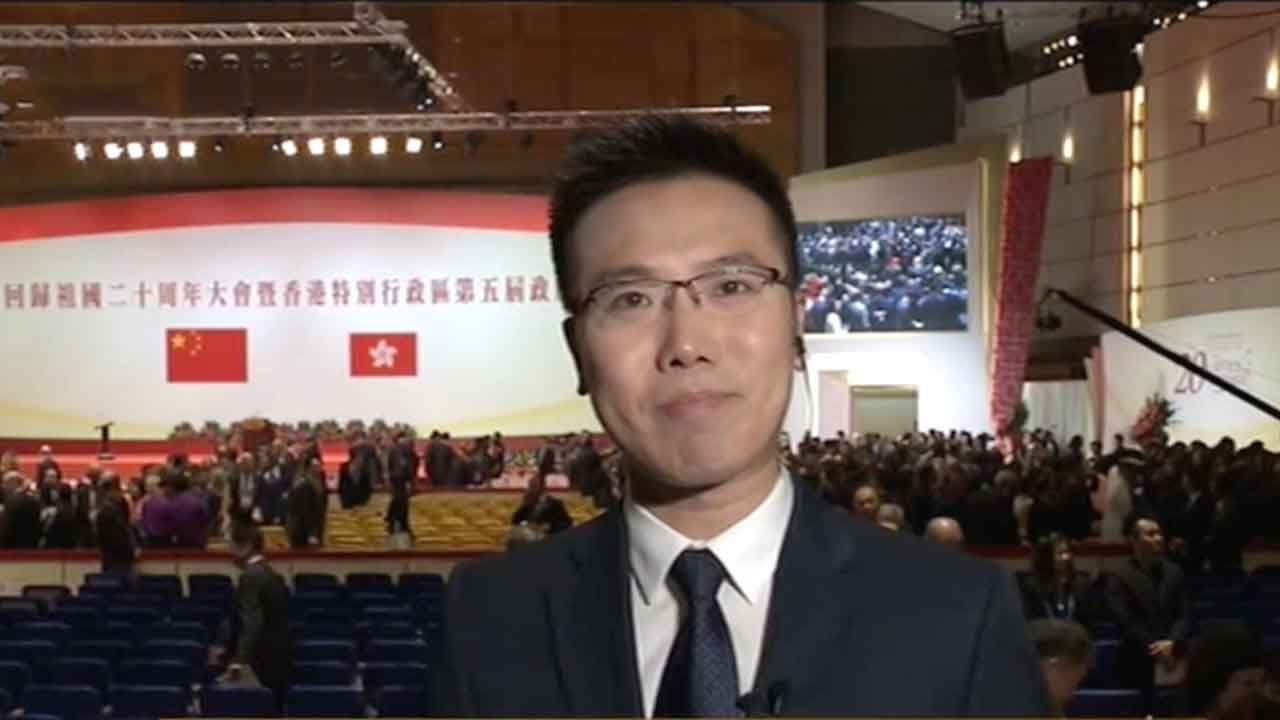 "The central government is willing to talk with anyone who loves the nation and Hong Kong and sincerely supports the 'One Country, Two Systems' principle and the Basic Law of the SAR, no matter what political opinions one holds," Xi noted.
With deepening adjustment in global economic structure and increasingly fierce competition in the world, Hong Kong is facing profound challenges and cannot afford to be divided, he said.
"It is only through unity and concerted efforts that we can build a prosperous Hong Kong, which is home to everyone here."
The newly sworn-in SAR government should unite all social sectors and put more emphasis on patriotic education among Hong Kong's youth, Xi told senior SAR officials attending the ceremony.

Xi said Hong Kong has been integrated into the "grand journey of the great rejuvenation of the Chinese nation" since its return to the motherland 20 years ago.
"The practice of the 'One Country, Two Systems' principle in Hong Kong has become an important part of the Chinese Dream," he stated.
He called on the SAR government to make concrete efforts to grow Hong Kong's economy, improve the livelihood of its residents and boost people's sense of gain.
The central government will continue to support Hong Kong to play significant roles in the Belt and Road Initiative, the development of the Guangdong-Hong Kong-Macao Greater Bay Area and the internationalization of the renminbi (RMB), Xi promised.

After the ceremony, the Chinese president oversaw the signing of a framework to deepen cooperation between south China's Guangdong Province, Hong Kong and Macao SARs and boost the development of the Greater Bay Area.
Lam, who was sworn in by Xi as the fifth-term chief executive of Hong Kong SAR, said in her inauguration speech that she was ready to accept the "greatest honor" of her life and take on the "greatest challenge" in her public service career, pledging to "resolutely do everything" within her ability to implement the "One country, Two Systems" principle, uphold the Basic Law and defend the rule of law. 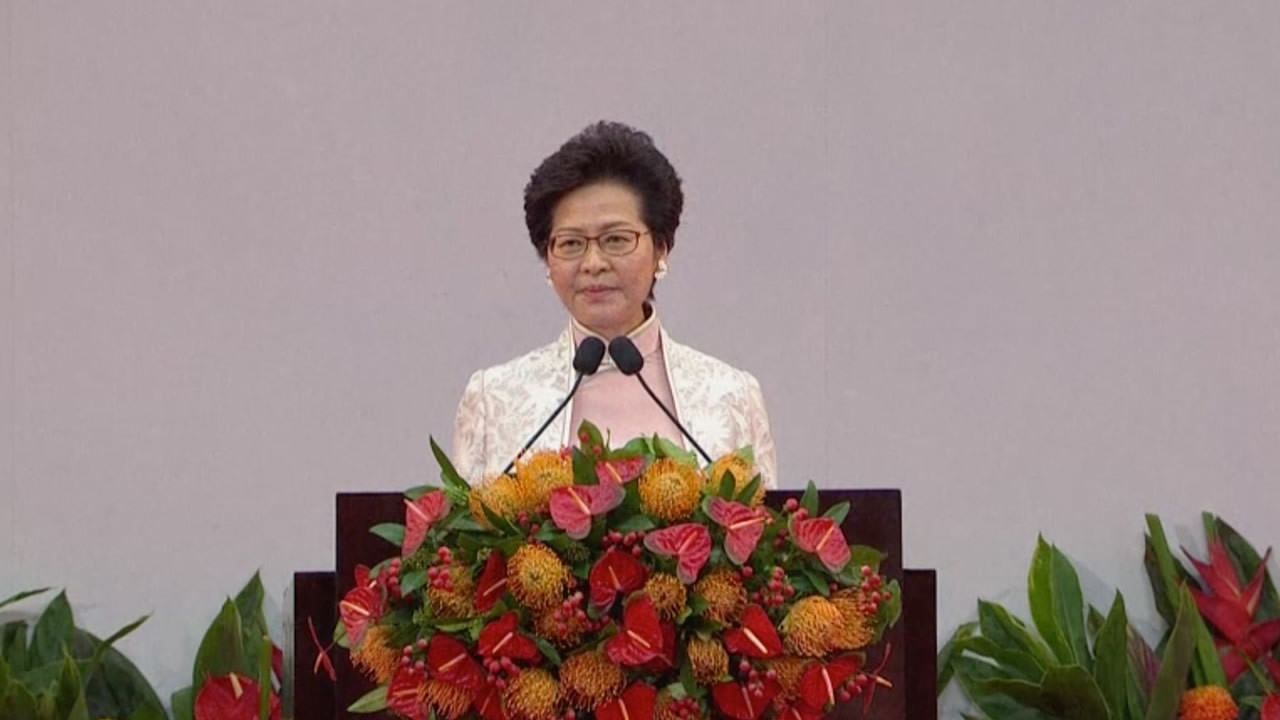 "As we capitalize on our strengths and harness the opportunities presented by our country's development, Hong Kong's future is indeed bright and promising," Lam said.
1973km