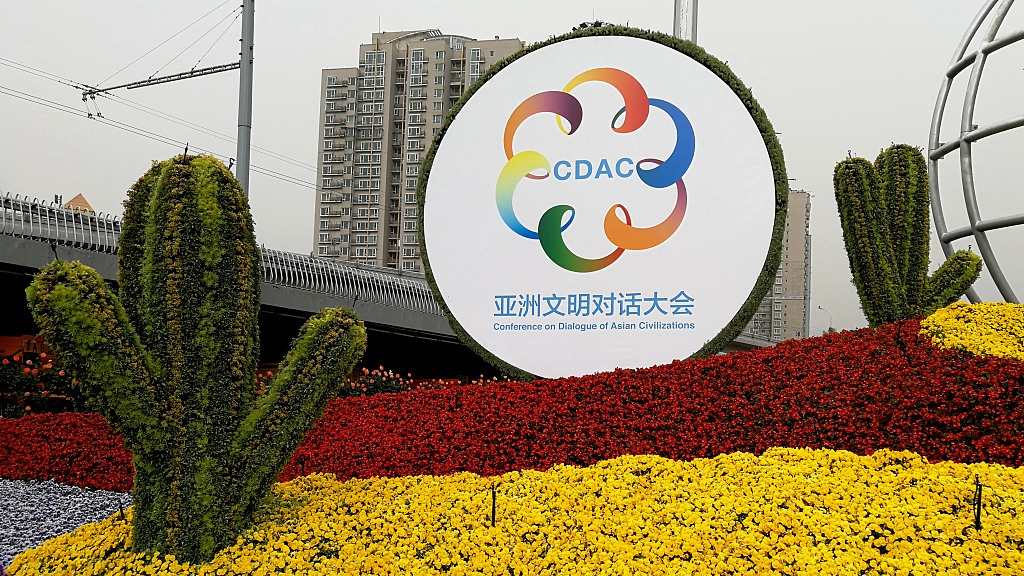 As the old Chinese saying goes, "If you only learn things from one's own will, you'll end up ignorant and isolated." The concept of cultural diversity, foreign exchange, and mutual learning have never been more important to humanity than it is today.
Nowhere is that truer than in Asia, a continent that accounts for 30 percent of the world's land area, some 60 percent of the total population, and is home to some of the world's oldest civilizations – including the Chinese, Indian and Mesopotamian.
All of this provides the backdrop for the first-ever Conference on Dialogue of Asian Civilizations (CDAC), a week-long event which kicked off on May 15 in Beijing under the theme "Exchanges and Mutual Learning among Asian Civilizations and a Community with a Shared Future."
The event brings together more than 2,000 people from 47 Asian countries and other parts of the world. 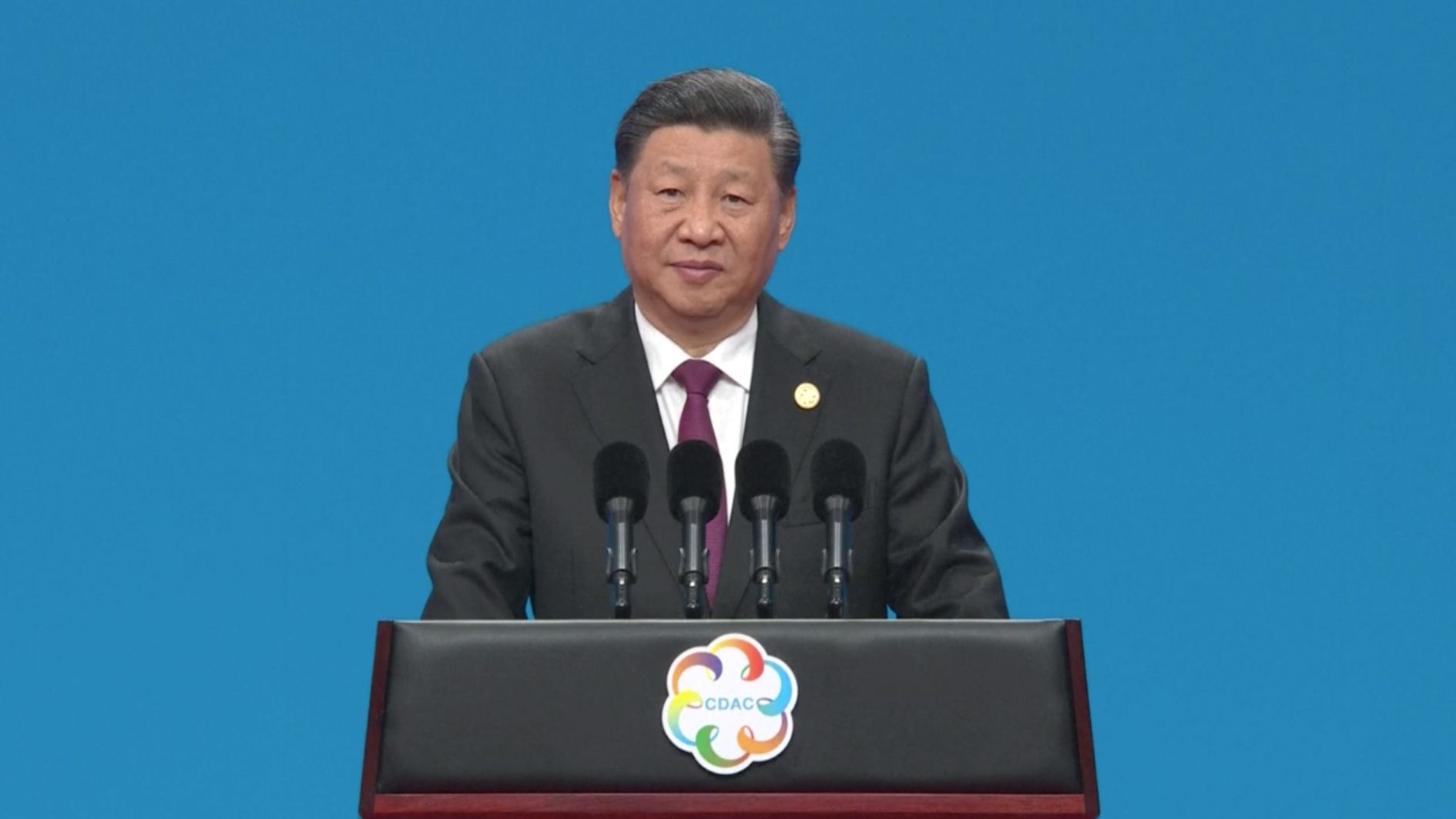 Chinese President Xi Jinping delivered a keynote speech at the opening ceremony of the Conference on Dialogue of Asian Civilizations (CDAC) in Beijing, May 15, 2019. /CGTN Photo

Chinese President Xi Jinping delivered a keynote speech at the opening ceremony of the Conference on Dialogue of Asian Civilizations (CDAC) in Beijing, May 15, 2019. /CGTN Photo

Chinese President Xi Jinping delivered a keynote speech at the opening ceremony at CDAC and said that no civilization is superior to another and willfully reshaping or replacing a civilization would be disastrous.
Prof. Wang Hui, who was once identified by the U.S. magazine Foreign Policy as one of the top 100 public intellectuals in the world, is a leading global scholar of Chinese intellectual history and literature at Tsinghua University.
He commented that the world is facing chaos and dangerous confrontations, and to find solutions through civilizational exchanges is significantly important.
Prof. Wang also analyzed the driving factors behind this conference: "In the last decade, Asian countries have many communications with the America and European countries, but very little with our neighboring countries."
Asia is home to some of the world's earliest known civilizations with three Asian regions developing early civilizations around fertile river valleys in Mesopotamia, China and India.
"Mutual learning" is also a keyword along with the development of Asian civilizations. Throughout history, technologies, agricultural products and ideas were constantly exchanged and shared, such as mathematics, wheels, metal-making, Buddhism, etc.
Examples also include the ancient Chinese Silk Road, along which handicrafts, languages, and religion were spread throughout Afro-Eurasian trade.
"The most important thing is to find a way to create an equal world," Professor Wang said. According to him, to some extent, Asia still faces a hegemonic structure as the influence left by colonialism in the 19th and 20th century is still present. On the other hand, the legacy of the Cold War still troubles this continent. 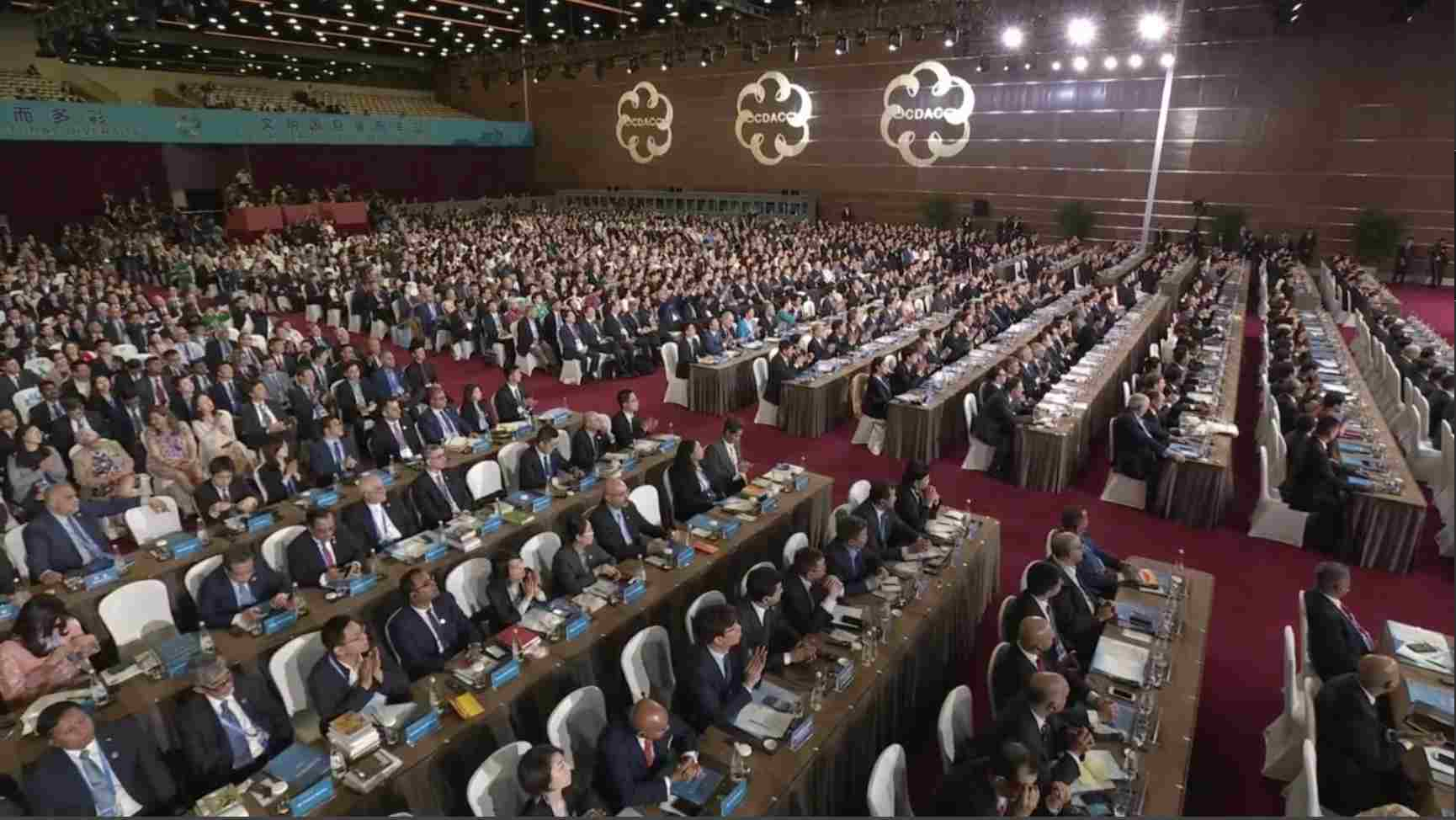 The opening ceremony of the Conference on Dialogue of Asian Civilizations in Beijing, May 15, 2019. /CGTN Photo

The opening ceremony of the Conference on Dialogue of Asian Civilizations in Beijing, May 15, 2019. /CGTN Photo

As the largest and most populous continent in the world, Asia geographically refers to a sweeping stretch of land and water from the Middle East to the Pacific Ocean—an area too broad to be treated as a single unit.
Professor Wang also raised the issue of how to define Asia: "It is difficult to say Asian identity is based on the sameness of cultures. Asia as a concept is at first designed by Europe and is used in relation to European countries." 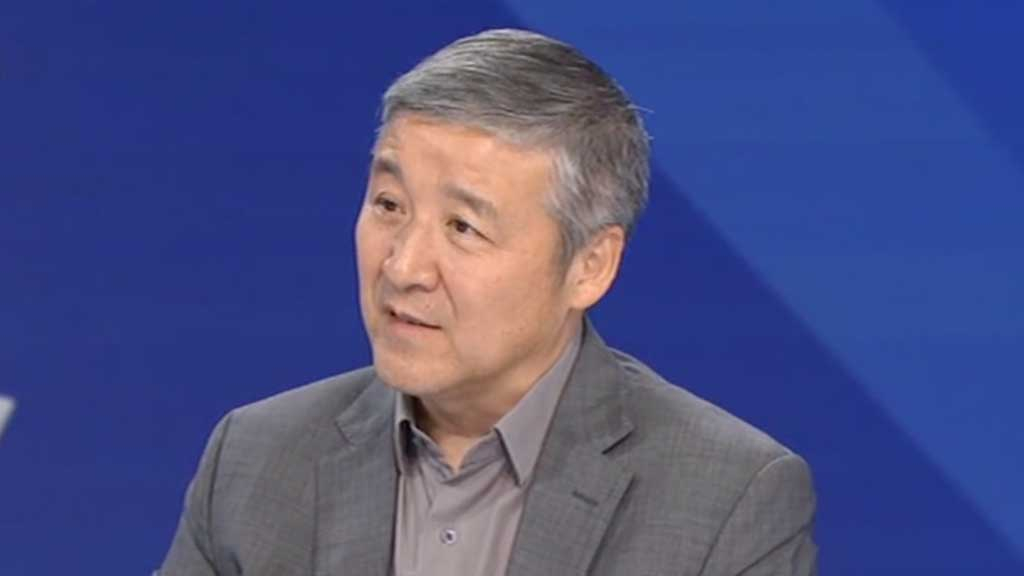 All national identities are in relation to otherness, and Asian countries are used to define themselves in Asian-West dichotomy, according to Professor Wang.
The U.S. State Department's head of policy planning Kiron Skinner's recently remarked that America's "great-power competition" with China is its first with a rival that is "not Caucasian" and a "fight with a really different civilization."
The rising of Asia or Asian identity has set off the alert of many Western observers as they see this trend as a threat to a Western-dominated value system.
Today, economically, the Asian continent is revitalized to become an engine that is significantly powering economic growth, globally. In 2018, according to the International Monetary Fund, Asia contributed more than one-third of the world's GDP.
Professor Wang takes a more historical view on the rising of Asian consciousness: "Asian identity emerged in the 20th century against colonialism and imperialism in independent movements. There should be some distinction between civilizational issue and political issue."
"The limited knowledge we have on cultures in our region or neighboring countries will lead to one-sidedness," he concluded.
SITEMAP
EXPLORE MORE
DOWNLOAD OUR APP