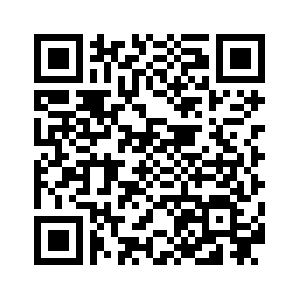 China’s Chunyun, the 40-day Lunar New Year or Spring Festival travel rush, is reported to be the largest human migration in modern times. The masses of humanity overwhelming train stations can put many in a negative holiday mood.
Last year China catered to 2.98 billion trips during Chunyun, among which 356 million were made by train, according to China Railway. The company predicted an increase of 30 million trips for 2018’s rush from February 1 to March 12. 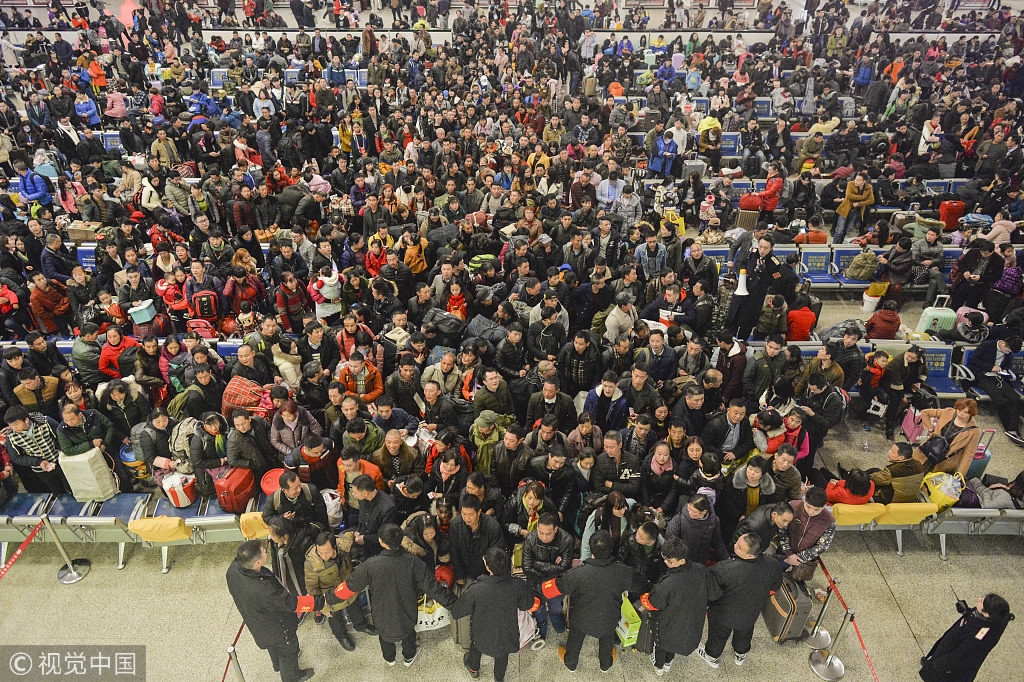 People are waiting to get on board during Spring Festival travel rush in 2017. /VCG Photo‍

People are waiting to get on board during Spring Festival travel rush in 2017. /VCG Photo‍

This year’s Spring Festival falls on February 16, and the Chunyun tickets sale has started on Wednesday. Travelers can buy tickets in up to 30 days online or through calls, or 28 days at ticket booths.
CGTN is giving you five tips to make your train trips much easier. 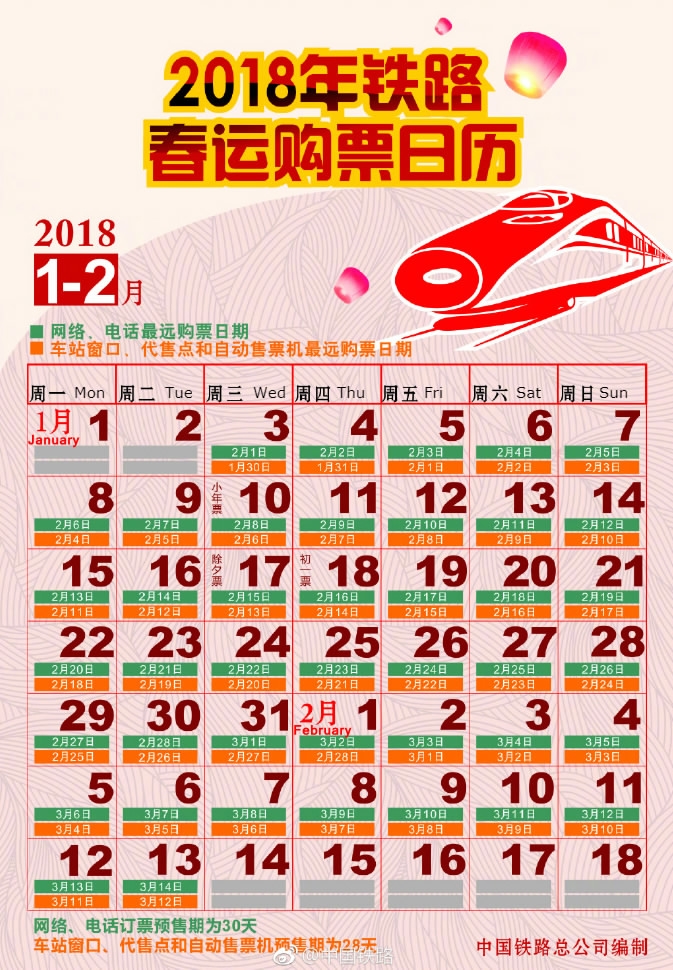 China Railway’s ticket website may have the world’s worst verification system as it has sparked outrage online.
The website’s CAPTCHA, a type of test used to tell humans and machines apart, provides a series of small and low-resolution images asking ticket buyers to identify certain objects. Four failed attempts will lead to the lock of their accounts for 20 minutes. For years, Chinese netizens have shared how this experience ultimately made them miss the tickets they wanted to buy. 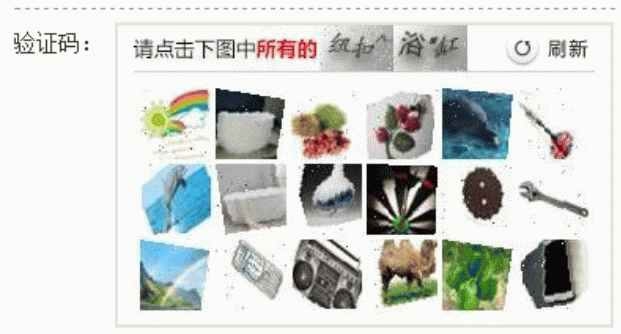 Thankfully starting at 2017’s Chunyun ticket sale, the company removed the step for a smoother buying experience. Long before that, however, many had turned to the third-party platforms such as WeChat and Ctrip to buy the railway tickets.
For this year’s ticket sale, the company keeps the frustrating step outside the image, but if it ever comes back, you know what to do. 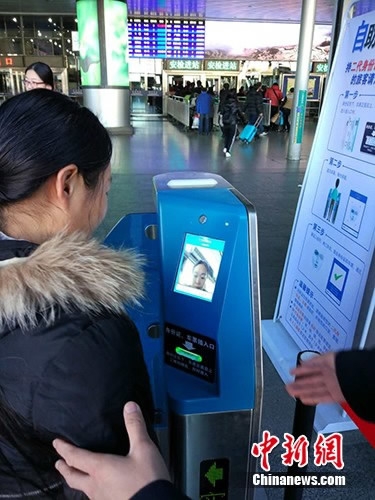 Many major cities in China has rolled out face scan check-ins in 2017. /China News Service Photo

Many major cities in China has rolled out face scan check-ins in 2017. /China News Service Photo

For those who are not fond of human interactions at any check-ins, this is good news.
During Spring Festival travel rush in 2016, Beijing Railway Station has first tested out facial recognition check-in system.
The technology saw a faster (usually around 5 seconds) and hassle-free experience, and was quickly rolled out in many other major cities in China throughout 2017, namely Shanghai, Zhengzhou in Henan Province, Xi’an in Shaaxi Province, Taiyuan in Shanxi Province, Wuhan in Hubei Province, Changsha in Hunan Province, Nanchang in Jiangxi Province, and Guangzhou in Guangdong Province.
Anyone traveling in these cities with a Chinese identification card and a blue ticket can choose face scan check-ins. Sadly, people with discount tickets and the red tickets without the built-in magnetic strips still have to go through manual check-ins. 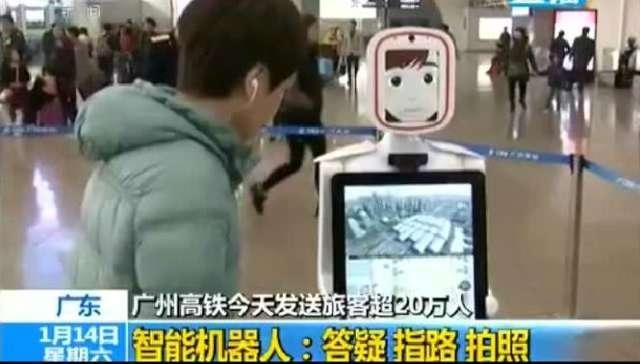 A robot is leading the way for a traveler in Guangzhou, Guangdong Province during 2017's Spring Festival travel rush. /CGTN Photo

A robot is leading the way for a traveler in Guangzhou, Guangdong Province during 2017's Spring Festival travel rush. /CGTN Photo

It’s not over once people get in the station because they may see an overwhelmingly large crowd and get lost.
Starting last Chunyun, many railway stations across China have placed robots onsite to help travelers navigate. With China’s effort to boost the artificial intelligence (AI) market and positive feedback the robots have received, travelers may see such robots on site again this year ready to serve the people. 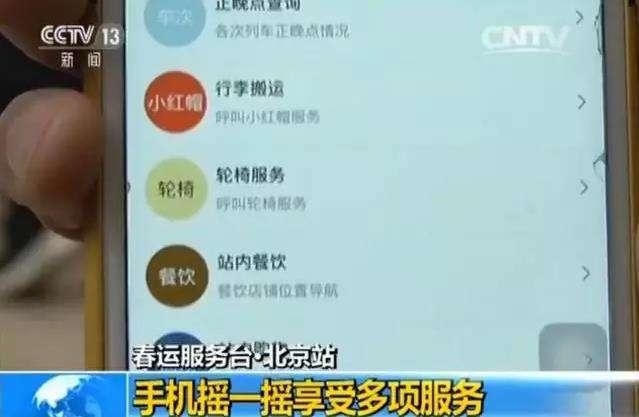 Beijing Railway Station joined hands with the messaging app WeChat starting last year. Using WeChat’s Shake feature, travelers can shake their mobile devices to trigger a list of services including navigation and wheelchair ordering.
Once on the train, China Railway’s official app, Railway12306, will take you from there. The company added food and taxi ordering features in its app this year to bring food to the passenger seats and taxi service outside the station with a few clicks.
(Top photo credit: VCG.)