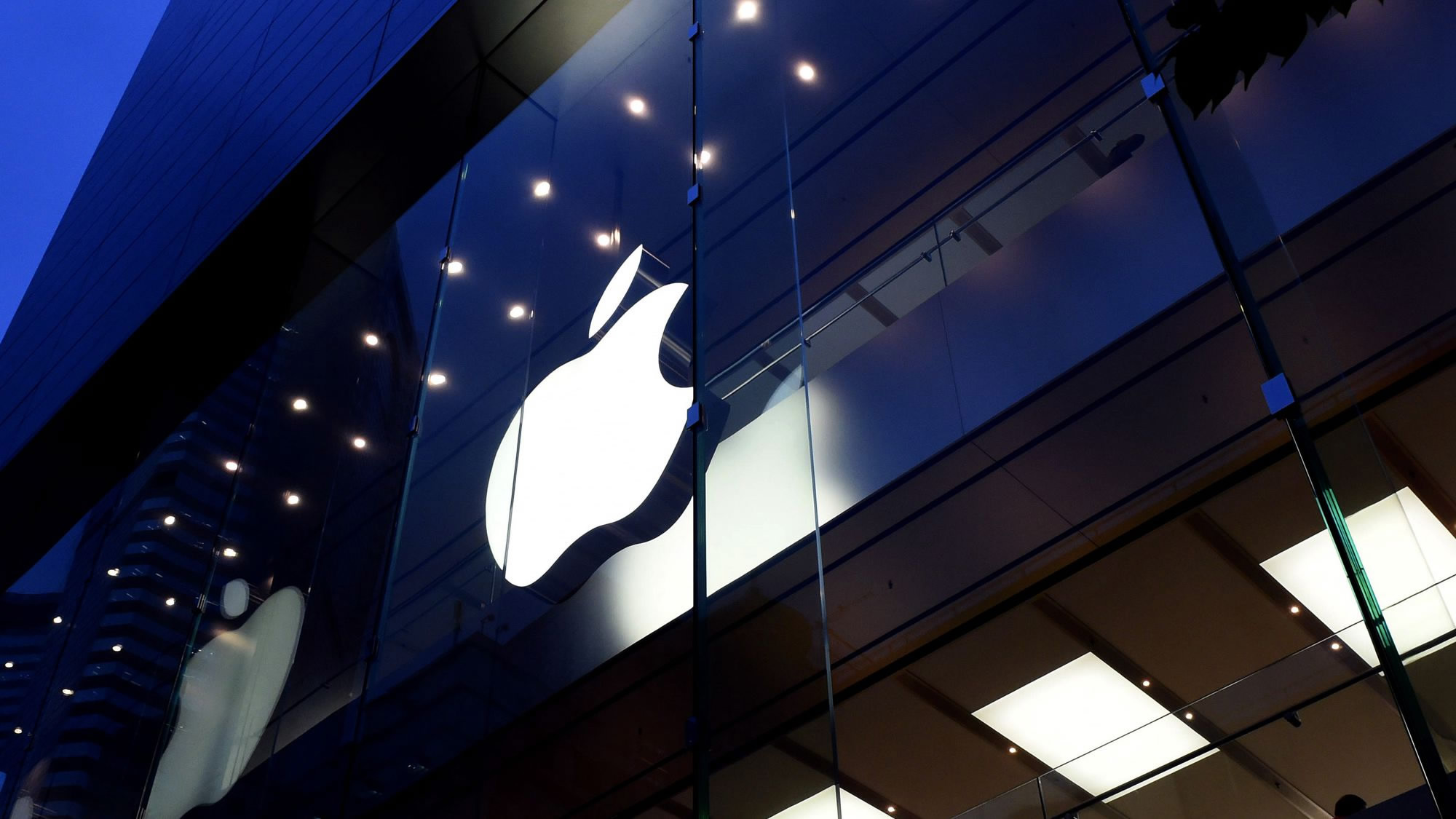 Apple’s earnings report for the first quarter of 2017 brought the tech behemoth incomplete joy: record-shattering sales catapulted by the iPhone 7, Apple Watch’s best quarter ever, expansion in the company’s services segment, but a slump in sales in Greater China.
The Cupertino-based company posted an all-time record quarterly revenue of 78.4 billion US dollars in the period running from October to December, a three percent increase from the same quarter last year.
Apple made 17.9 billion US dollars in profit, compared to 18.4 billion US dollars in the first quarter of 2016.
“We’re thrilled to report that our holiday quarter results generated Apple’s highest quarterly revenue ever, and broke multiple records along the way. We sold more iPhones than ever before and set all-time revenue records for iPhone, Services, Mac and Apple Watch,” CEO Tim Cook said. 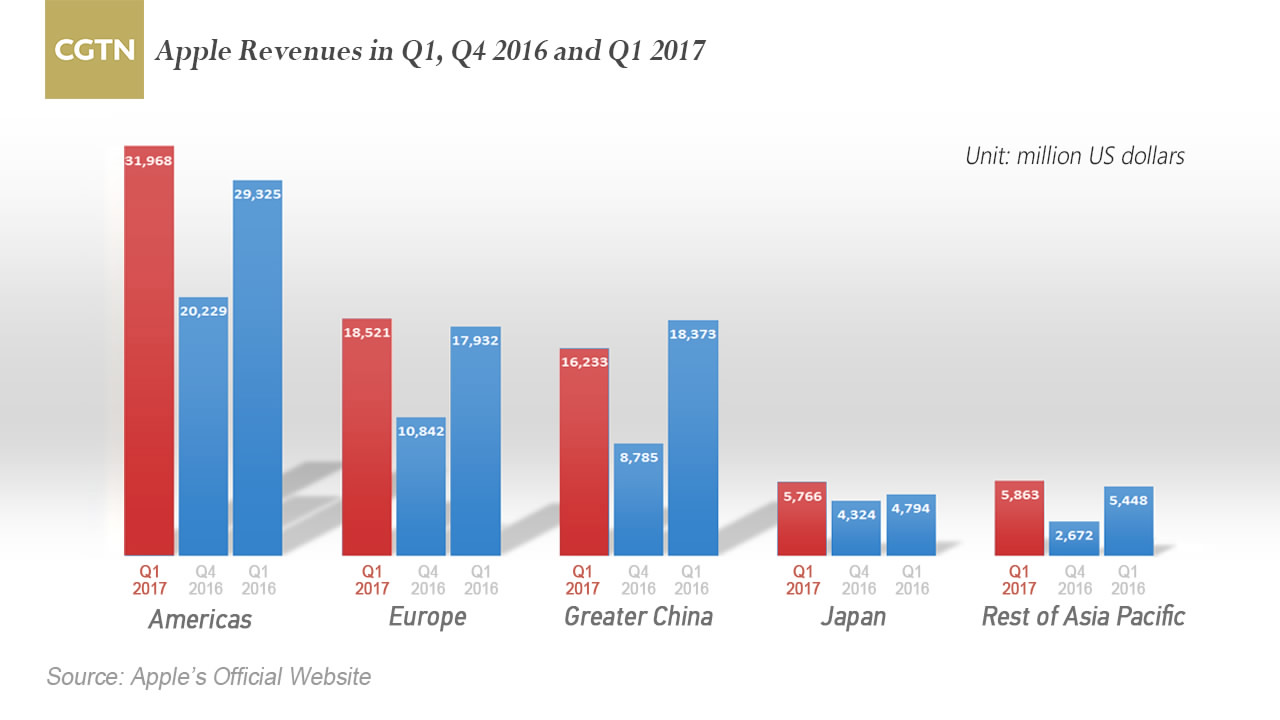 A total of 78.29 million iPhones were sold during the period, up from 74.78 million the year before. The US firm beat South Korea’s giant Samsung Electronics’ 77.5 million smartphone sales in Q1 of 2017 – the first time since the fourth quarter of 2011 – according to tech data firm Strategy Analytics.
While Europe and the Asia-Pacific region witnessed discernible growth and the Americas and Japan saw significant growth, Greater China faced contraction.
The market, which was once the growth engine of the company, seems to be turning into its Achilles’ heel as Apple comes under mounting pressure from homegrown brands.
The revenue in Greater China, which includes the Chinese mainland, Hong Kong, Taiwan, and Macao, stood at 16.2 billion US dollars in the quarter, down 12 percent. It marked the fourth straight fall in quarterly revenue in the market. 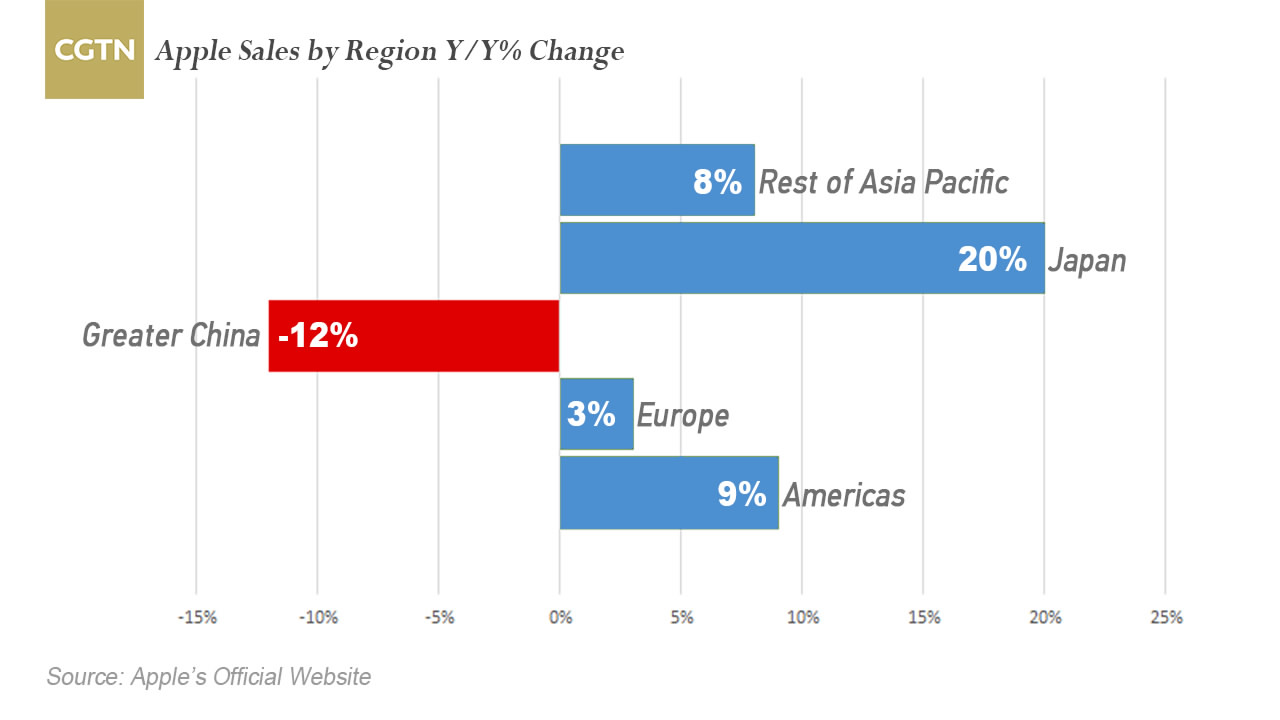 Greater China was the only market where Apple witnessed contraction in Q1 2017. / CGTN Photo

Greater China was the only market where Apple witnessed contraction in Q1 2017. / CGTN Photo

Cook conceded that there were challenges in China during a call with investors.
Chinese smartphone manufacturers Oppo and Huawei are eating through Apple’s market share in the region, according to data from Kantar Worldpanel.
Last year, Apple was toppled by Oppo with the iPhone losing its spot as the most selling smartphone in China – the first time in five years – to Oppo R9. iPhone 6s had a market share of two percent in comparison with Oppo R9’s four percent, a report published last week by Hong Kong-based Counterpoint Research has shown.
“Chinese consumers have shown a greater affinity to buy premium phones from local players,” Tarun Pathak, analyst at Counterpoint, has said.
Apple’s services, which include the App Store, Apple Pay and iCloud, increased 18 percent to 7.17 billion US dollars. 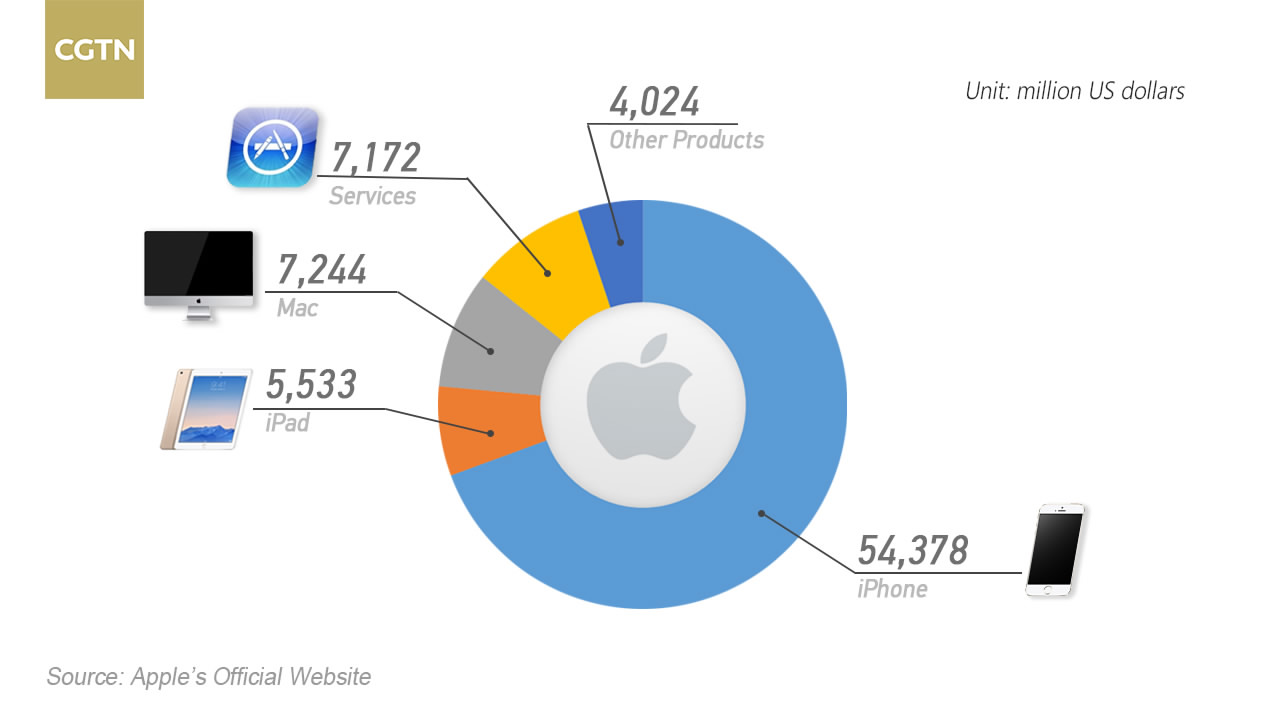 “Revenue from Services grew strongly over last year, led by record customer activity on the App Store. We are very excited about the products in our pipeline,” Cook noted.
Apple’s satisfactory report comes after a tough year for the tech giant, as the company encountered a decline in annual sales and profits last October – its first in 15 years.
The success of Apple relies heavily on the iPhone sales, which account for two-thirds of the company’s total revenue.
Apple predicts its revenue in the second quarter of 2017 to range between 51.5 and 53.5 billion US dollars. In Q2 of 2016, the company recorded 50.6 billion US dollars in revenue.