Opinion: One Year into the Brexit Process: What the Future will be?
Guest commentary by Zhang Bei 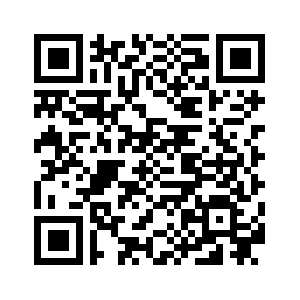 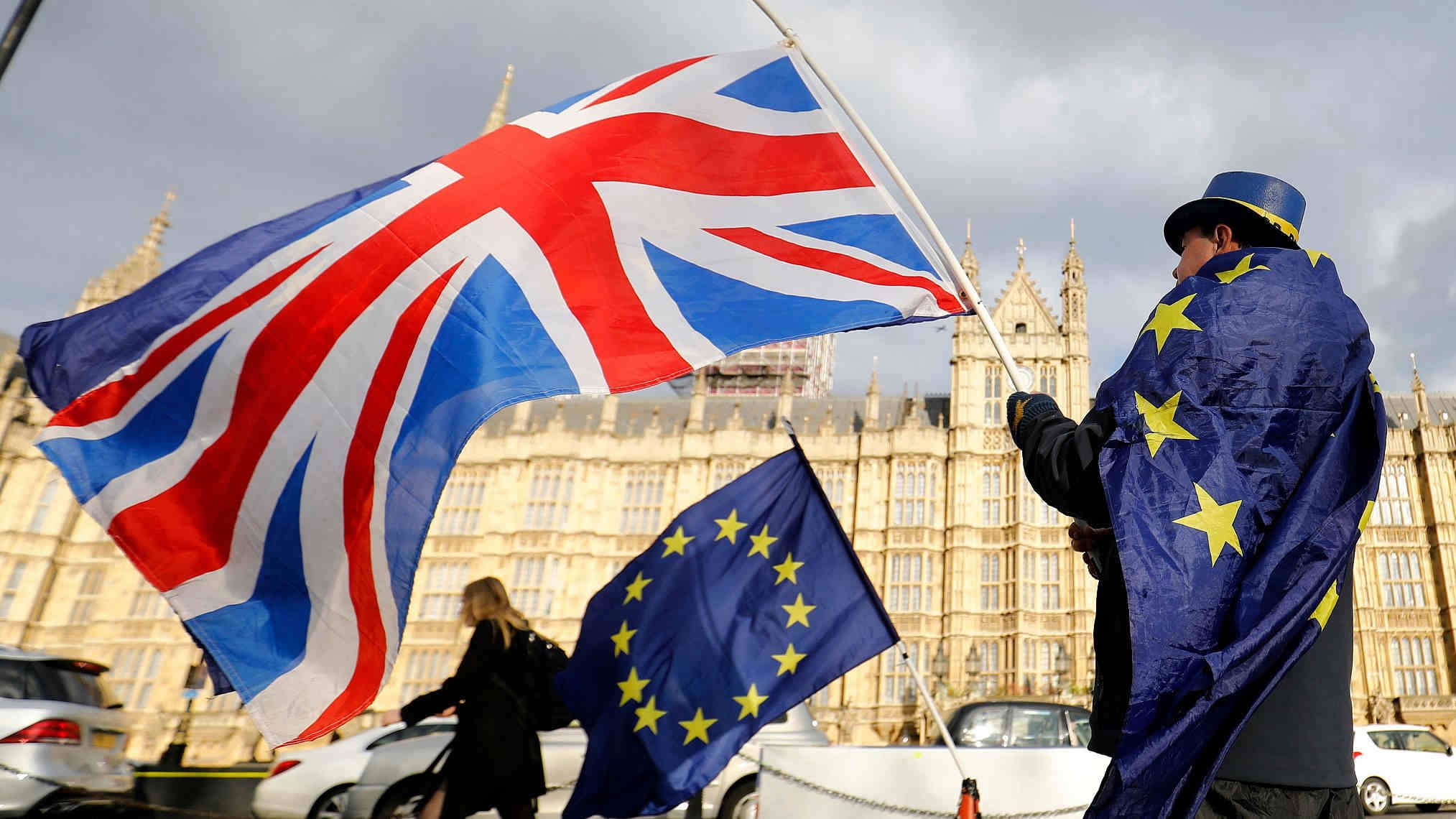 At an EU summit held in March, leaders signed off on the 21-month transition period and approved guidelines for the negotiation of future relations with the UK after Brexit. The formal adoption of the guidelines will give the negotiators the go-ahead to start phase two of the negotiations about the future of EU-UK relationship after Brexit.
A year after Prime Minister Theresa May triggered Article 50 of the Lisbon Treaty on March 29, 2017, the Brexit process has been pushing forward with various twists and turns. The process has not been without acrimony or even tensions from time to time between the two sides but the British side has made enough compromises on the UK’s financial obligations and the governance of the withdrawal so as to make this process move forward.
The past year of Brexit negotiations has been characterized by the EU’s relatively strong position and the UK’s weak stance in comparison. The EU clearly knows Brexit can trigger an existential crisis of the European project if it does not muster enough strength and solidarity between the remaining EU members. Therefore from the very beginning, the EU has taken a proactive approach by laying out the basic rules, such as “nothing is agreed until everything is agreed,” “no cherry picking” and setting the framework of the negotiations such as the two-phase structured talks. 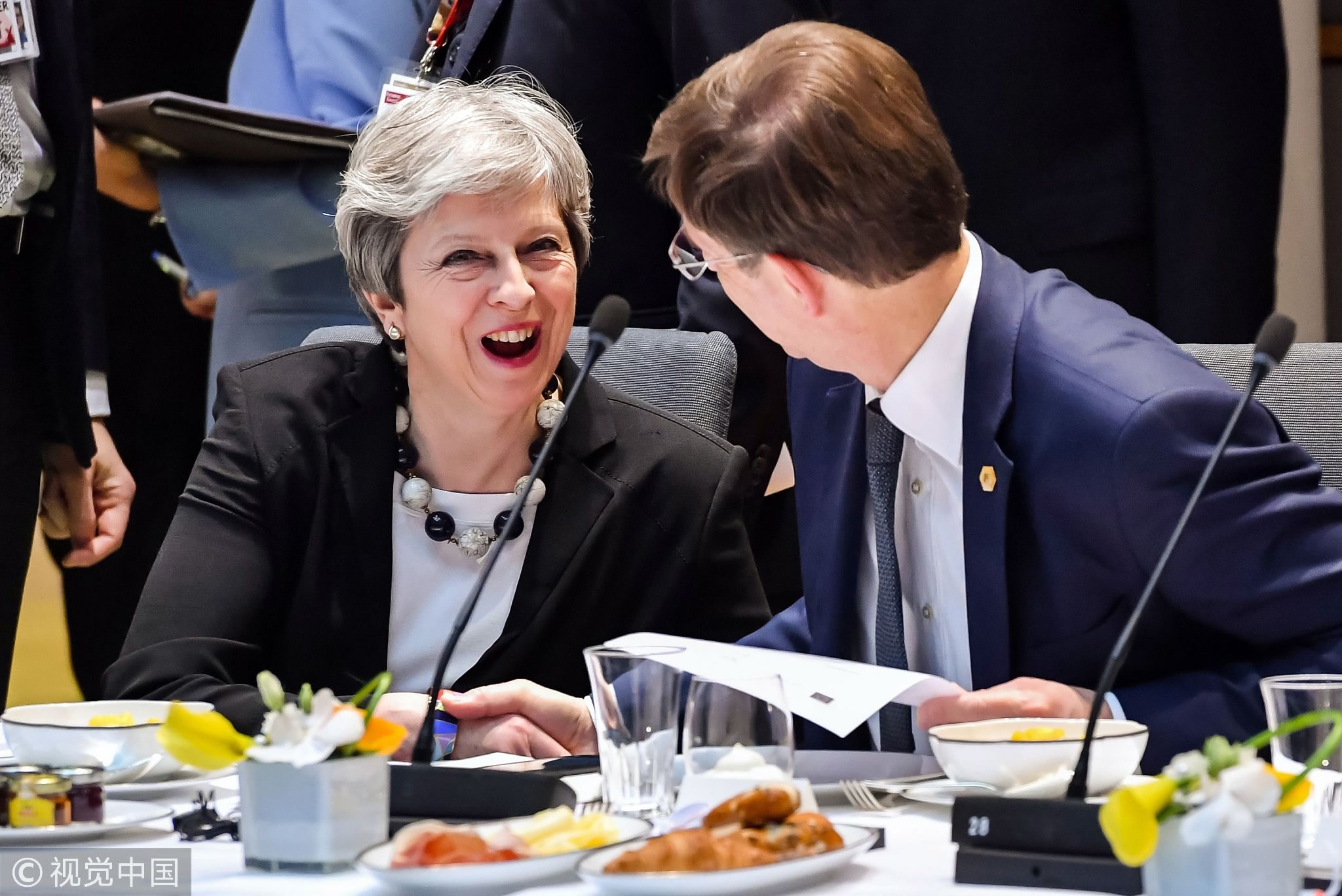 British Prime Minister Theresa May (L) speaks with Slovenia's Prime minister Miro Cerar during a breakfast meeting on the second day of a summit of European Union (EU) leaders at the European Council headquarter in Brussels, on March 23, 2018. /VCG Photo‍

British Prime Minister Theresa May (L) speaks with Slovenia's Prime minister Miro Cerar during a breakfast meeting on the second day of a summit of European Union (EU) leaders at the European Council headquarter in Brussels, on March 23, 2018. /VCG Photo‍

However, the UK’s situation is somewhat different. Due to the fact that there is only a fragile consensus, to say the best, on the substance of Brexit inside the Cabinet, the Parliament and the general public and that Theresa May is much weakened after general election in June 2017, the UK’s tough appearance cannot conceal the inner weakness of the British side. After all, it is the UK who stands to lose the most if the talks break down.
This newfound momentum after the March EU summit is good news for the EU and to a greater degree the UK as well. According to the newly released draft withdrawal agreement, the two sides have reached agreements on both citizens' rights and financial settlements.
The transition period will provide much-needed time for institutions and businesses to make preparations and adjustment for a different life after Brexit. Because of the UK’s red lines of rejecting the membership of both the single market and customs union, the basic framework of EU-UK trade relations is limited to a free trade agreement.
The British side has had high expectations of this bespoke free trade agreement such as the so-called “Canada Plus Plus Plus” raised by the UK’s chief Brexit negotiator David Davis a while ago. However, considering the limitations of an FTA and the guarded stance of the EU towards level playing fields and its decision-making autonomy, the final economic and trade agreement between the two will inevitably fall short of the UK’s expectation on market access in goods and, to a greater extent, services. Anti-Brexit, pro-Europe demonstrators protest in favor of staying in the European Union aboard an EU superhero Brexit battle bus in London, on March 29, 2018. /VCG Photo

Anti-Brexit, pro-Europe demonstrators protest in favor of staying in the European Union aboard an EU superhero Brexit battle bus in London, on March 29, 2018. /VCG Photo

Nevertheless, this new progress remains only a step and the Brexit negotiations are by no means at the end of the road. A lot more work is needed on important topics, in particular, Ireland and Northern Ireland. The commitment of both sides in preventing a hard border on the Irish Isle and in preserving the Good Friday Agreement in full does not have an obvious workable and practical solution straight away.
Currently, the “technical and innovative” solutions proposed by the UK are still deemed as unrealistic by many in the EU. In fact, Theresa May has been stuck in an Irish trilemma, leading many to predict that the Irish problem will be the ultimate barrier to Brexit and even bring the downfall of the May government.
Even if the hard Brexit process is completed against all the odds, the prospect for the UK after Brexit is not as rosy as those pro-leave pamphlets before the referendum proclaimed. The UK’s position of a downright rule-taker during the transition period and the pledge of “regulatory alignment” beyond transition in exchange for market access have revealed the limits of its autonomy. The cost amounts to self-inflicted harm. According to the government’s own assessment, an FTA agreement will lead to 5% drop in GDP in 15 years. True, the UK will “take back control” of immigration, economic and trade policies, but only to a limited degree and at a very high cost.
(Zhang Bei is an assistant research fellow at the Department for European Studies at the China Institute of International Studies. The article reflects the author’s opinion, and not necessarily the views of CGTN.)