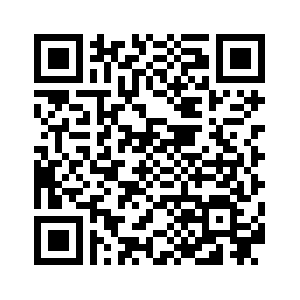 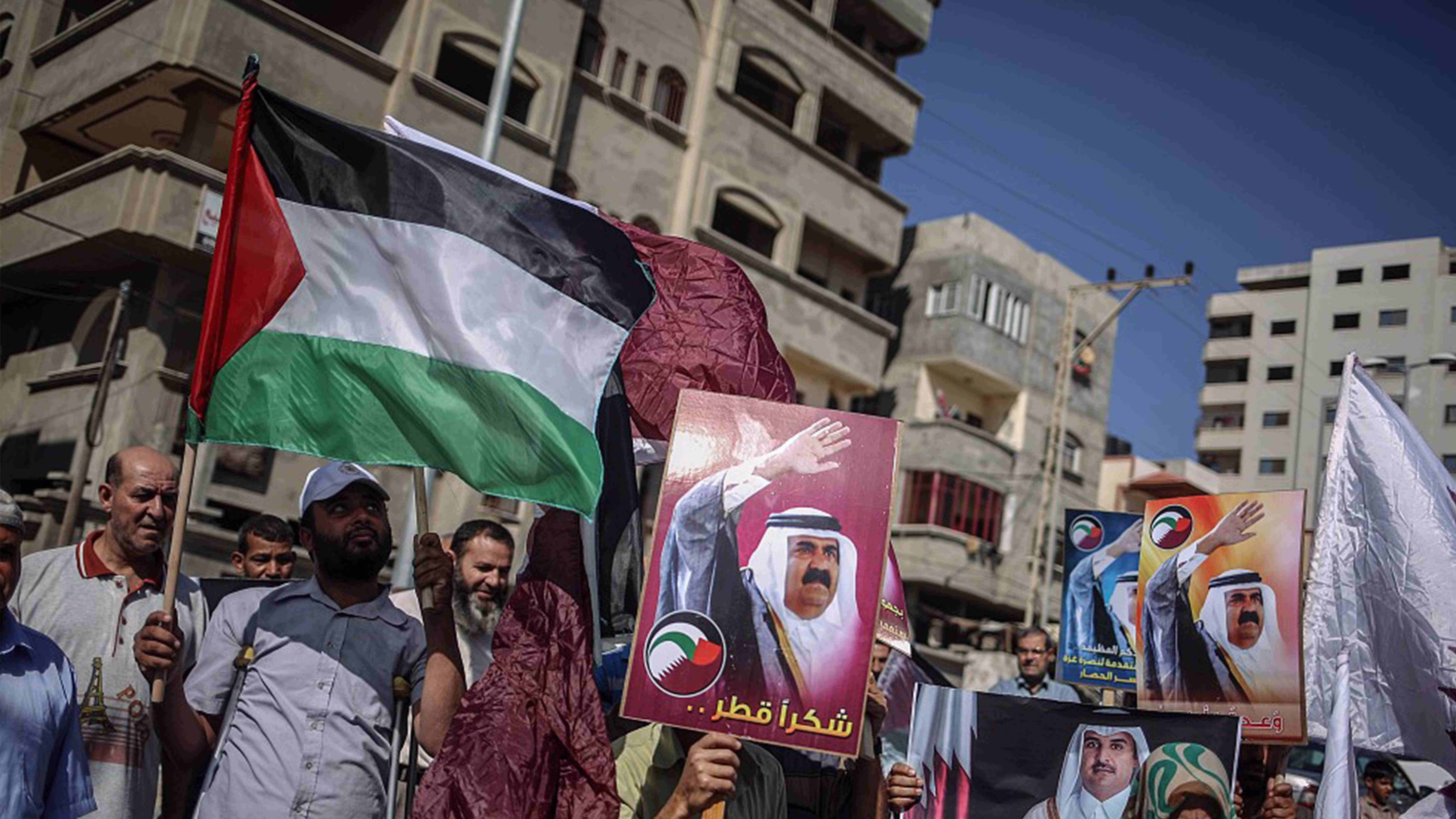 On the morning of June 5, the nation of Qatar woke up to find itself on an island. Over the span of 20 minutes, Bahrain, Saudi Arabia, the United Arab Emirates and Egypt announced they would cut ties with Qatar.
Land, sea, and air blockades were imposed, and five other Arab countries later followed suit. They accused Qatar of backing Iran and terrorist groups such as the Muslim Brotherhood, al-Qaeda and ISIL.
US President Donald Trump said Arab leaders followed his lead on isolating Qatar. However, Qatar said the charges were baseless, and these countries didn’t like its independence and its vision for the region. 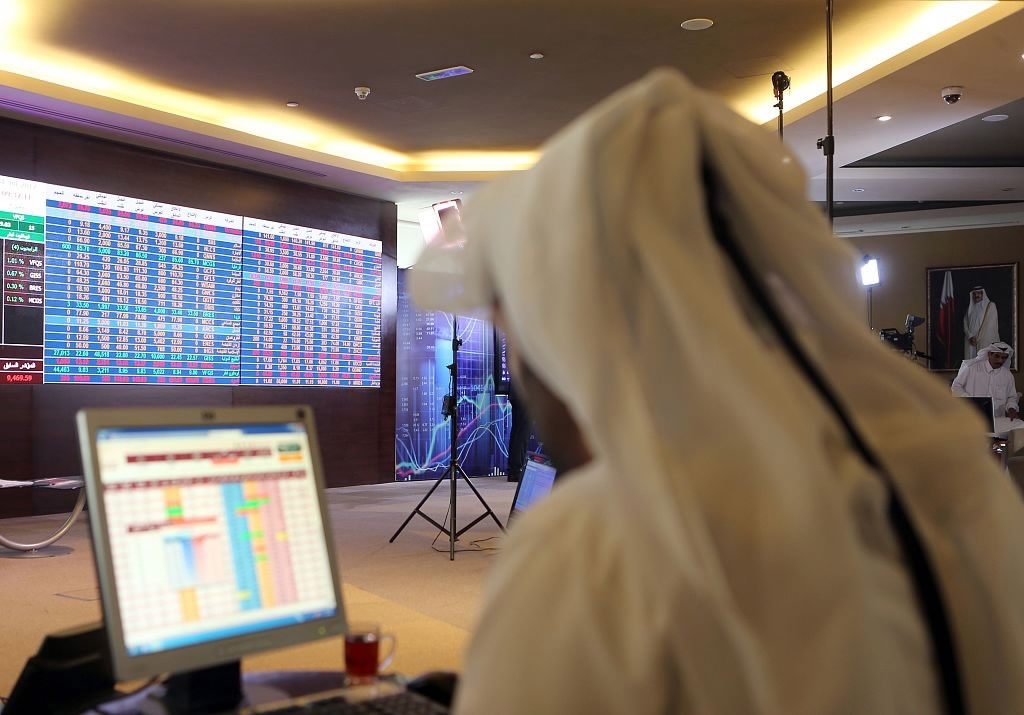 A Qatari trader following the stock market at the Qatar Stock Exchange in Doha on July 31, 2017. Qatar's economy has been hit by the sanctions imposed by a Saudi-led Arab bloc. /VCG Photo

A Qatari trader following the stock market at the Qatar Stock Exchange in Doha on July 31, 2017. Qatar's economy has been hit by the sanctions imposed by a Saudi-led Arab bloc. /VCG Photo

Qataris rushed to supermarkets to stock up on food and water. Turkey and Iran soon helped Qatar with basic supplies. Qatar Airways canceled flights to nearly 20 cities in the region, and the country's stocks sank about seven percent on the day ties were cut. Analysts said the political fallout could extend beyond the nation's borders as countries take sides in troubled nations like Libya and Syria.
A list of 13 demands were sent to Qatar on June 22. The monarchy was told to sever all ties with "terrorist organizations," downgrade diplomatic ties with Iran and shut down Al Jazeera. Rival countries also demanded that Qatar close a Turkish military base.
The country refused the list of demands, saying they were unrealistic and threatened its sovereignty, while its rivals vowed more pressure. 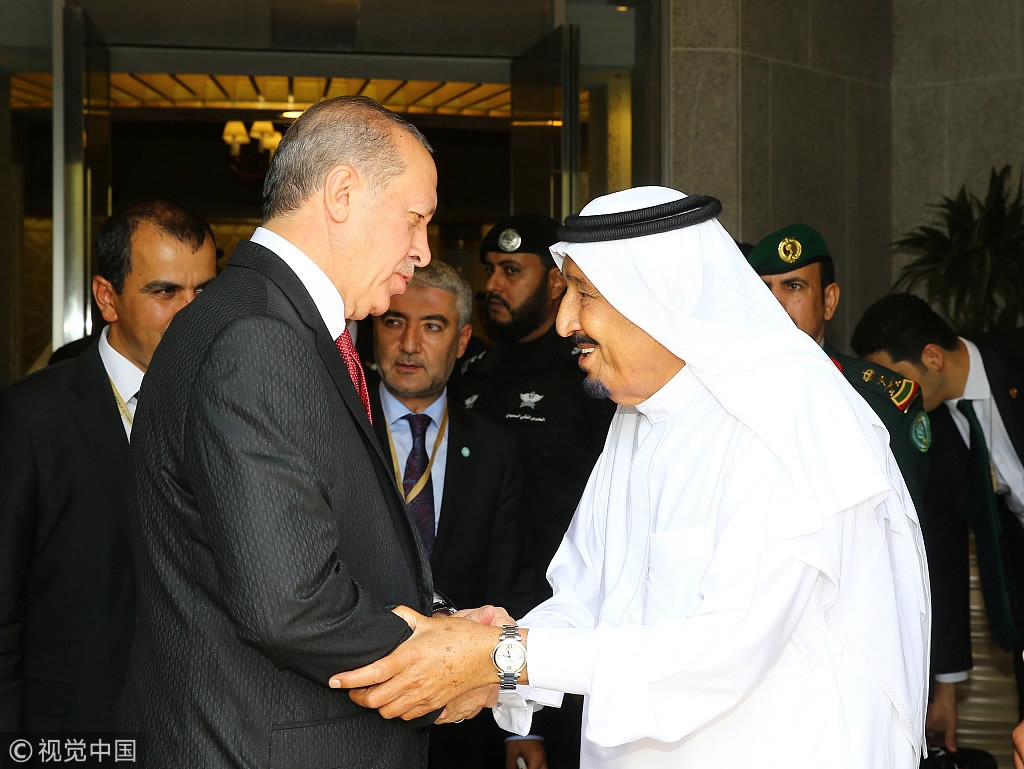 Kuwait, Turkey and the US intervened first, followed by Russia and France, but no major progress was made. Qatar and the US signed a deal against financing terrorist groups, but Qatar's rivals were not impressed. Qatari Emir Sheikh Tamim bin Hamad Al Thani and Saudi Crown Prince Mohammed bin Salman reportedly talked over the phone in September, but plans for negotiations were soon scrapped.
The isolation has only made Qatar closer to other powers like Turkey and Iran with Ankara deploying more troops to its military base in Qatar in a show of support.
Qatar sent back its ambassador Ali Hamad Alsulaiti to Iran on August 26. The envoy had been pulled earlier over Iran's clashes with Saudi Arabia. Iran's Foreign Minister Mohammad Zarif visited Qatar's capital Doha in early October to strengthen cooperation.
Tensions in the Gulf show no signs of easing. The world eagerly awaits its resolution.