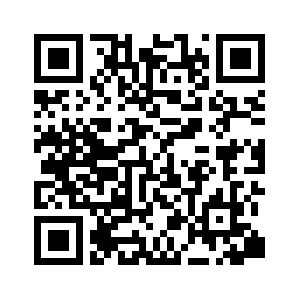 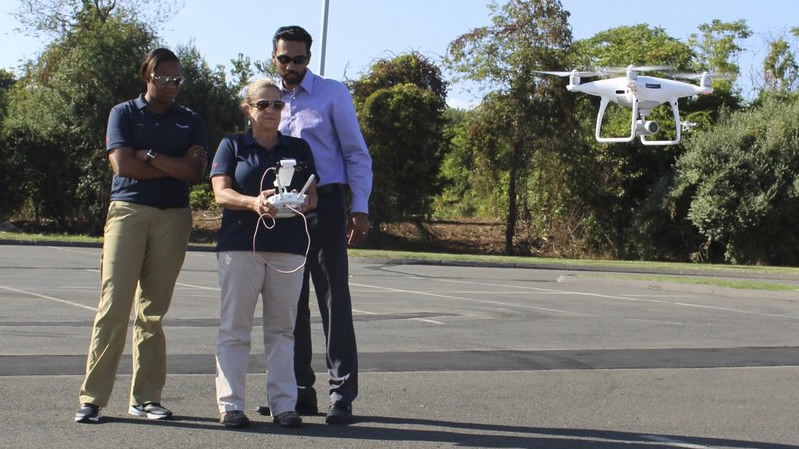 Insurance firms are using more drones than ever before as they head to Texas to evaluate the damage from Harvey.
Companies are using the drones on a much larger scale to record images, save time and spare human adjusters from venturing into potentially unsafe areas. Insurers have increased their fleets since the Federal Aviation Administration eased some restrictions a year ago, and tried them out in areas of the southeastern US hit by Hurricane Matthew last October.
Travelers Insurance, based in Hartford, had 65 certified drone pilots as of Friday among the 600 employees deployed to the Houston area. Claims specialist Laura Shell, who will be in Texas this week, spent last week at the company’s training center in Windsor, Connecticut, learning how to pilot drones.
“This is great,” said Shell, 55, of Lexington, Virginia, whose job typically has involved climbing a lot of ladders. “It’s going to allow me to get a look into areas that aren’t easily accessible and onto roofs and do it quickly.”
The drones will dramatically cut the time it takes to assess damage, according to Jim Wucherpfennig, vice president of claims for Travelers. The company has trained 300 employees as certified drone operators and expects to have about 600 by early 2018, he said. 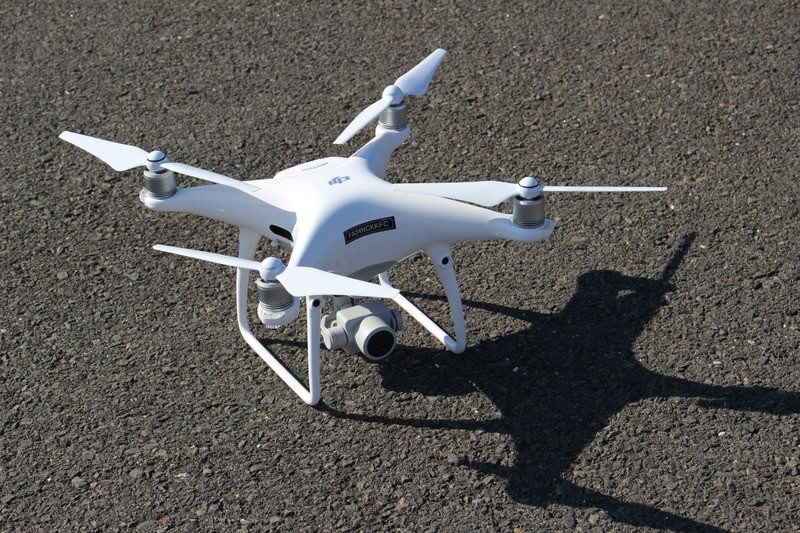 A drone sits in the parking lot of the Travelers training center in Windsor, Connecticut,  August 30, 2017. /AP Photo

A drone sits in the parking lot of the Travelers training center in Windsor, Connecticut,  August 30, 2017. /AP Photo

Instead of making two or three trips to a house, often with an outside contractor trained in setting up scaffolds and ladders, the adjusters will now be able to do detailed exterior inspections in one trip. The drone’s camera is linked to an application on the employee’s phone, allowing them to take measurements and shoot high-definition photos and videos, often while the customer looks on.
The drones do have limitations. They cannot fly in heavy wind or rain, and they cannot go inside homes to inspect the damage.
That’s one reason State Farm has decided, for now, not to use its drone fleet in Houston, spokesman Chris Pilcic said.
“With the damages caused by Hurricane Harvey, our claims adjustors will likely need to inspect both the interior and exterior of the home to assess coverage and damages,” he said. “For this situation, we find that the best way to service our customers and evaluate coverage and damages is through on-the-ground claims handling.” 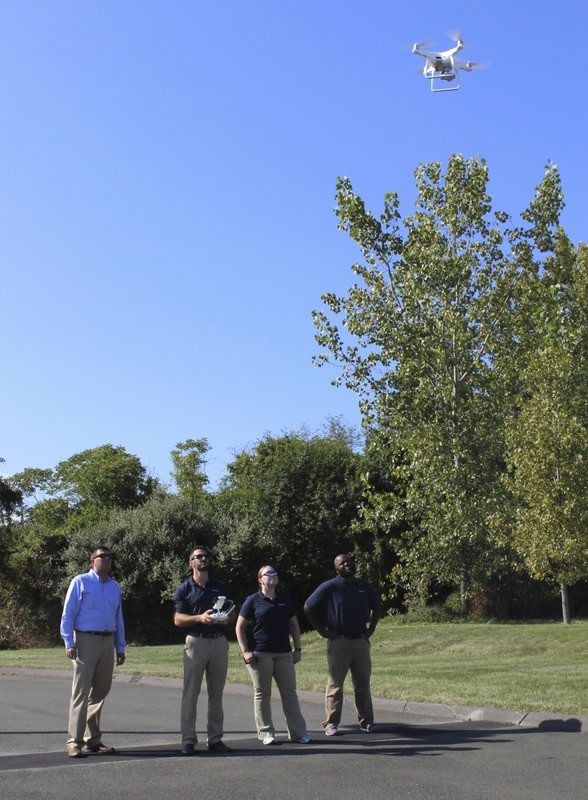 Most major insurers now have a fleet of drones, and the technology has become so inexpensive that even smaller companies are beginning to use it, according to Jim Whittle, chief claims counsel for the American Insurance Association. He said the benefits were evident in the response to Hurricane Matthew.
“If you had a good line of sight, for example, but you were stopped by nature or law enforcement from entering an area, you could put a drone in the area and get access to that property,” he said. “That could demonstrate immediately that that was a property that had considerable wind damage, let’s say, and allow the insurer to cut a check.”
Allstate has contracted with a third-party drone operator to do hundreds of inspections a day in the Houston area, spokesman Justin Herndon said. The company is also using fixed-winged aircraft, equipped with artificial intelligence technology, to assess damage to the entire region, comparing images from before and after the storm, he said.
“This is the widest-scale use of drones that we’ve ever been a part of to date,” he said.
People will use the information from the drones and planes to help make their estimates, Herndon said, but the technology won’t take the place of adjusters. Wucherpfennig concurred, saying Travelers claims specialists will almost always do an on-the-ground inspection to get a final written estimate. But, he said, the drones give them a head start.
“It’s all about getting the customer back on their feet more quickly, paying them more quickly so they can get their damages repaired as quickly as possible.”
Source(s): AP