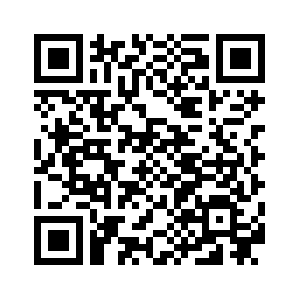 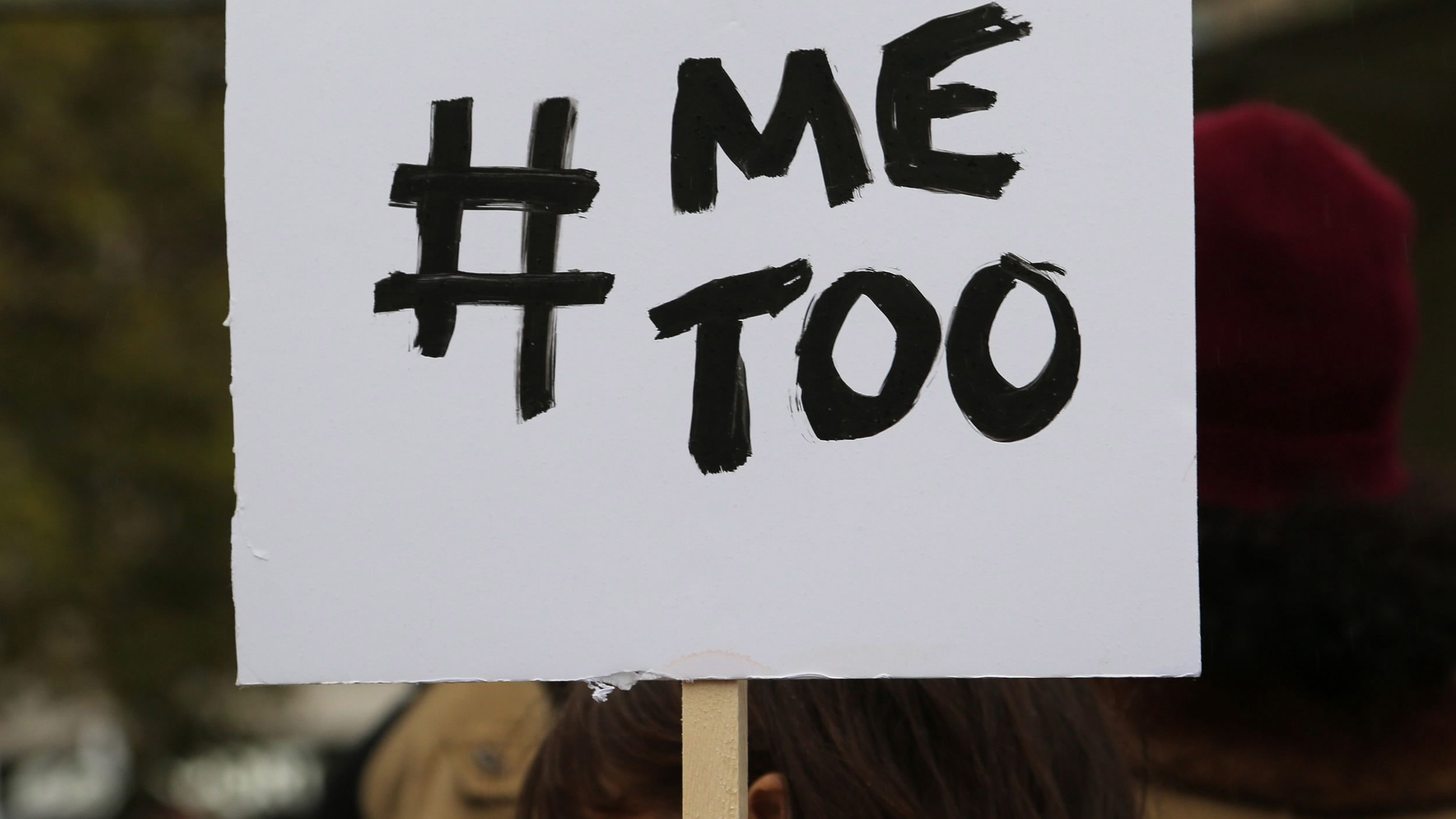 The Harvey Weinstein controversy and resulting #MeToo social media campaign have thrown workplace sexual harassment into the spotlight, with women encouraged to speak out about their experiences at the hands of colleagues. In China’s white-collar worker environment, is #MeToo making waves as well?
As further accusations against Harvey Weinstein continue to shock the world, accounts of other high-profile figures in the entertainment, business and European politics harassing co-workers and using and abusing their power for sexual gain are emerging on a daily basis. 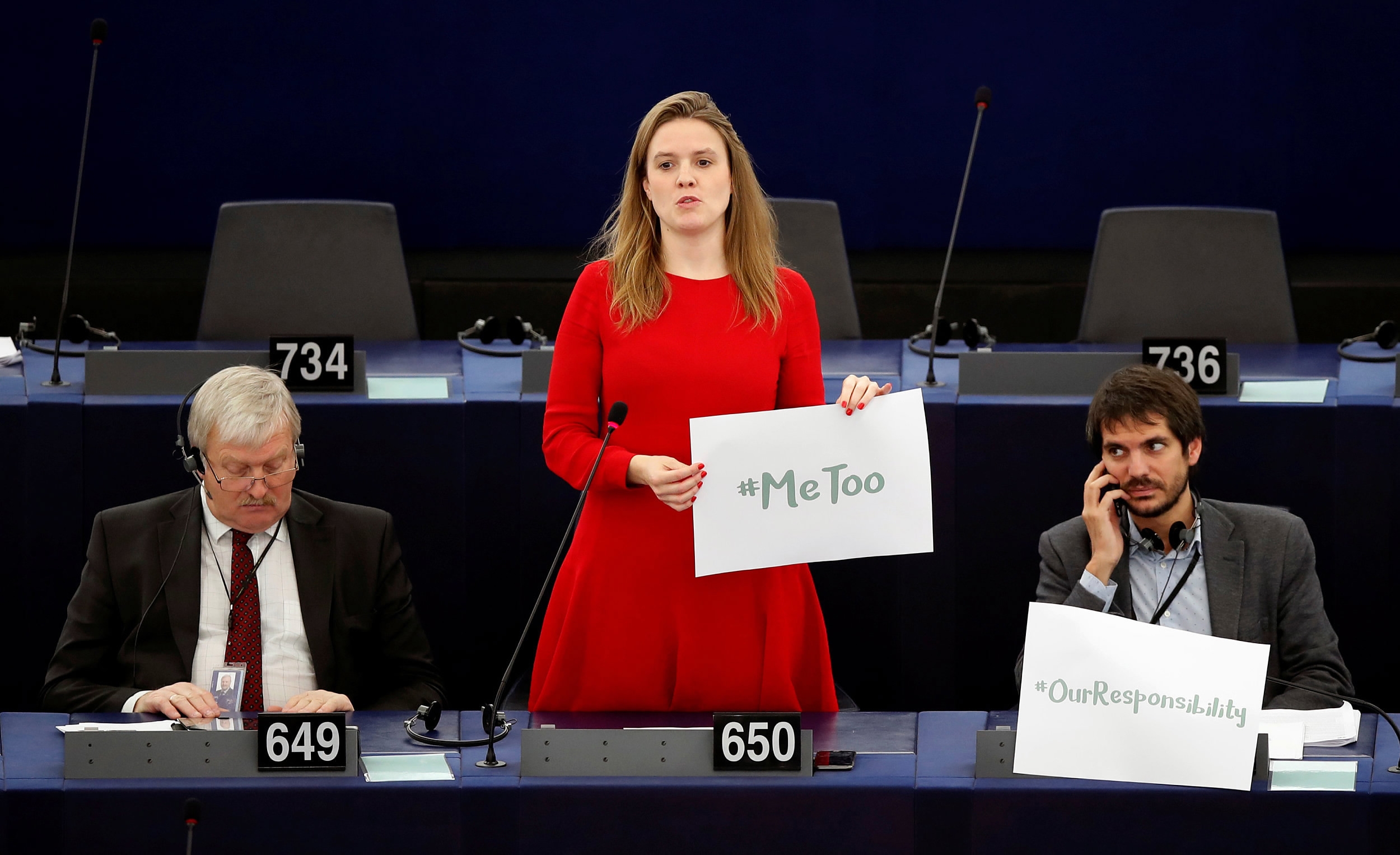 European Parliament member Terry Reintke (C) holds a placard with the hashtag #MeToo during a debate to discuss preventive measures against sexual harassment and abuse in the EU at the European Parliament in Strasbourg, France, October 25, 2017. /VCG Photo

European Parliament member Terry Reintke (C) holds a placard with the hashtag #MeToo during a debate to discuss preventive measures against sexual harassment and abuse in the EU at the European Parliament in Strasbourg, France, October 25, 2017. /VCG Photo

However, years of harassment at the highest level appear to be just the tip of the iceberg. A BBC report published earlier this month showed that half of British women – and a fifth of men – had suffered some form of sexual harassment in the workplace or a place of study.
While Twitter, Facebook and Instagram have seen the #MeToo hashtag spread rapidly around the Western world, is sexual harassment at work also a problem in China?
A recent article published by China Daily didn’t think so, claiming that China’s “commendable values and virtues” meant the Weinstein case was an exclusively Western affair.
China Daily pulled the article after receiving much criticism, especially after it published an article in August this year saying 53 percent of Chinese women had been harassed on the Beijing subway.
On Weibo, many netizens commented on stories concerning the Weinstein controversy, with @Linqianye saying “I wonder how many unknown secrets there are in the Chinese entertainment industry?”

Various studies conducted over the past decade suggest that in China, sexual harassment in the workplace happens on a similar scale to other countries.
In 2009, the Beijing-based Maple Women’s Psychological Counseling Center conducted a study of 1,500 people in major Chinese cities, which suggested that as many as 80 percent of people had encountered sexual harassment in some form.
A more recent survey conducted in December last year found that 40 percent of respondents had experienced harassment in some form, and of those, 80 percent said that it came from a boss or someone in a senior position. 54.4 percent chose to remain silent about being victims of harassment, and less than one in five filed official complaints. 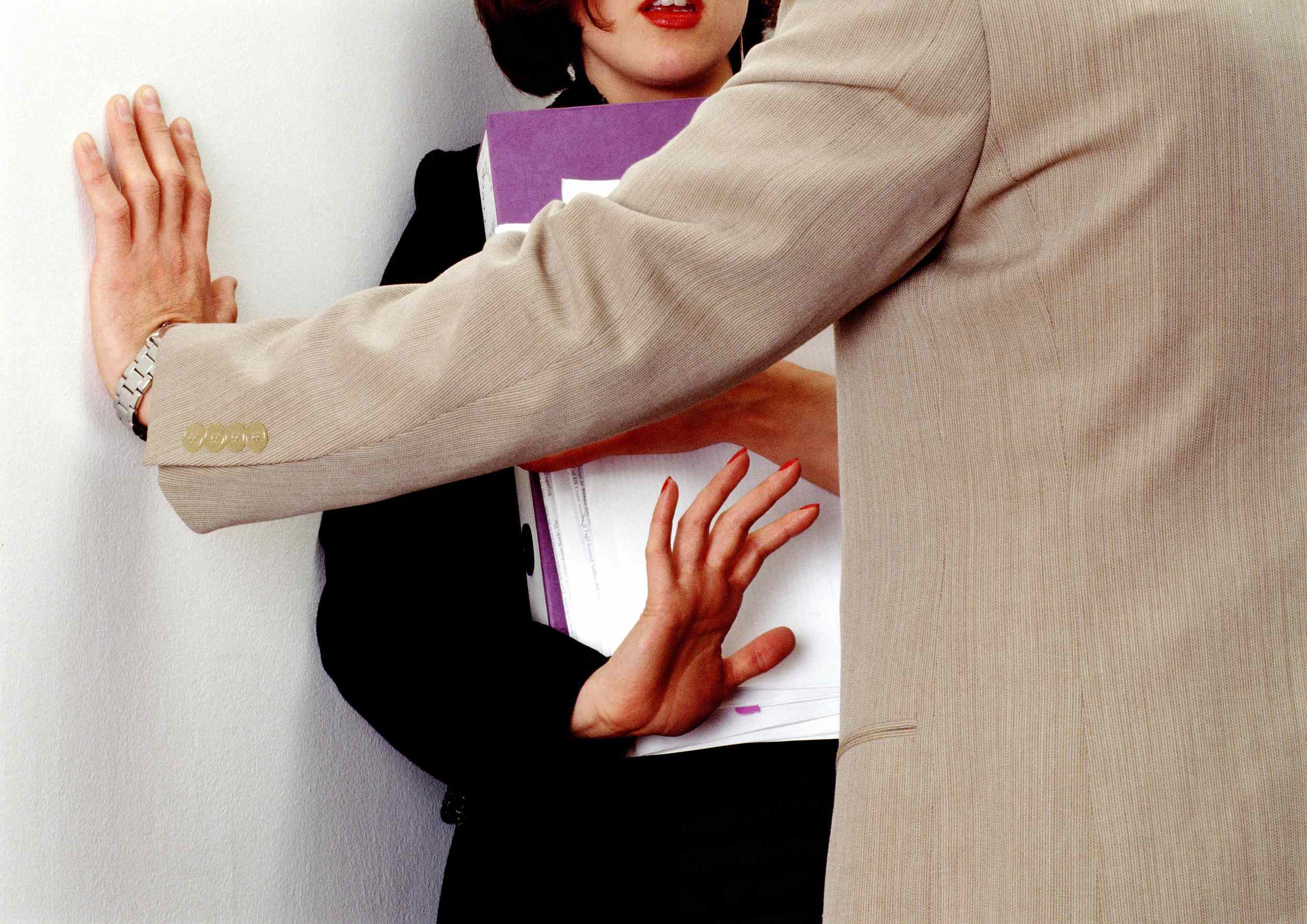 The survey was conducted after an infamous case, in which a Minsheng Bank employee posted screenshots of a Wechat conversation with one of her superiors, in which he threatened her with demotion if she refused his sexual advances.
A similar incident involving a senior analyst at China International Capital Corporation (CICC) sending suggestive messages to a younger female employee also sparked controversy after she leaked the Wechat screenshots online.
On Weibo, in response to the Wechat screenshot controversy, user @qixinxiang-2016 said “at big companies, abuse of power is a common problem, so much so that it has become common practice! First came Minsheng, then CICC, how many haven’t been revealed yet?”
On another thread about a woman from Jiaxing in Zhejiang Province who finally went to the police after six years of sexual harassment by a colleague, one netizen said “it’s the company’s fault. My friend was sexually harassed and finally took it to her company’s HR department. They accepted it, and asked if she needed counseling.”
While more companies are doing more to encourage staff to speak out about abuse at work, more still needs to be done to address a culture of keeping quiet and saving face – especially when the majority of cases involve aggression from high-level managers.

One challenge is how to define what actually constitutes of sexual harassment. The 2009 Maple Women’s Psychological Counseling Center study found that 90 percent of respondents agreed harassment could be verbal as well as physical, but only 60 percent agreed that sharing lewd photos and text messages count. 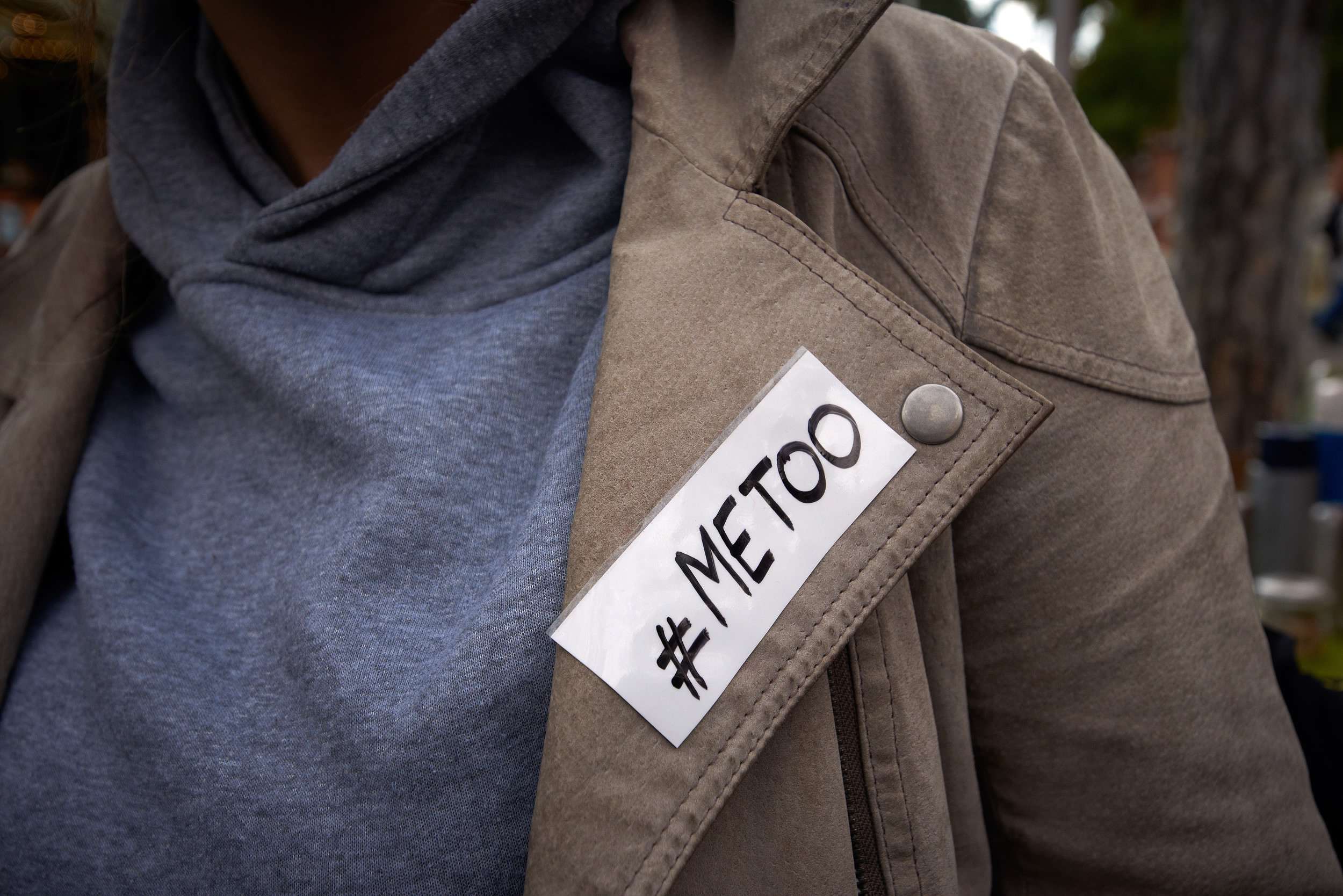 Half of the women who said they did nothing after suffering harassment said that to lodge a complaint would be making “a big deal out of nothing.”
Another concerning trend among China’s future workforce was revealed in a report last year by the China Family Planning Association, which suggested that one in three out of almost 18,000 college students in China had been sexually harassed or assaulted.
The study came out after a student at Beijing Normal University gathered reports of harassment on campus, and put together a map showing where more than 60 incidents of sexual assault had taken place in the last decade.
After bringing attention to the issue, the university itself responded with a statement online, saying it did not tolerate sexual harassment in any form and promised to take any allegations seriously.