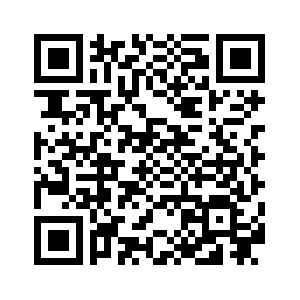 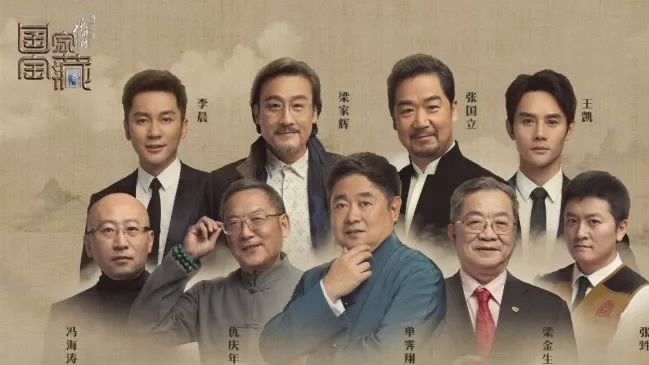 The Chinese variety show industry has recently witnessed the rise of a new black horse. After its debut last Sunday night (December 3), “National Treasure" originated by China Central Television (CCTV) has made quite a splash on China’s social media. The 10-episode program will run every Sunday on Channel Three of CCTV.
After airing just one episode, the show has received a score of 9.3 points on douban.com, one of China’s Rotten Tomatoes-like review aggregation websites. It also endured the evaluation of Bilibili.com, which is believed to be China’s biggest community for young people and the touchstone of pop culture.
Judging by the dense bullets of comments, it is not difficult to see how popular the show is among the younger generation. 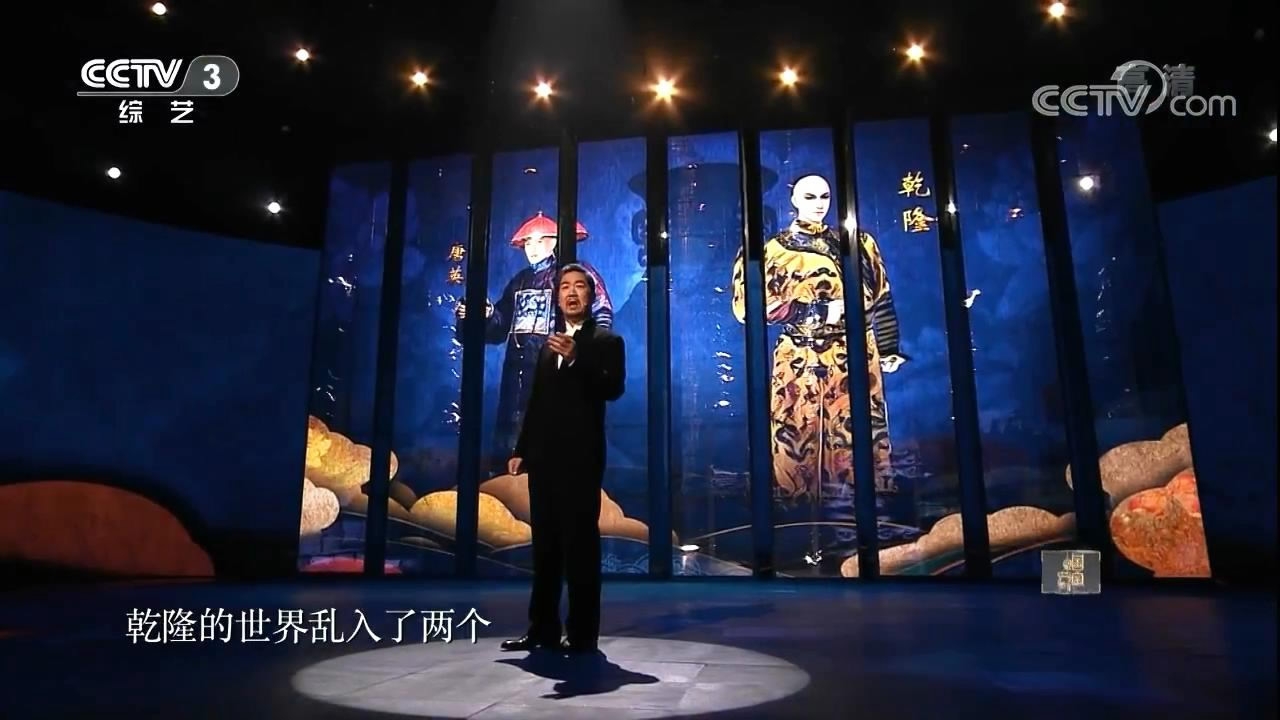 A screenshot of the show /CCTV Photo‍

A screenshot of the show /CCTV Photo‍

Bring relics back to life

Aimed at “bringing life to the national treasures," the show has collected 27 pieces of cultural relics from nine major museums across the country -- the Palace Museum, the Shanghai Museum, Nanjing Museum, Hunan Provincial Museum, Henan Museum, Shaanxi History Museum, Hubei Provincial Museum, Zhejiang Provincial Museum and Liaoning Provincial Museum.
The producers also invited 27 actors and another 27 ordinary people to be the “guardians” of the relics to tell their “previous and present life stories.” The celebrity guardian would stage a short play about the origins of each relic, and the other guardian would tell their own stories in relation to the relics.
Curators from the nine museums have formed a jury, who give expertise to the relics on display. 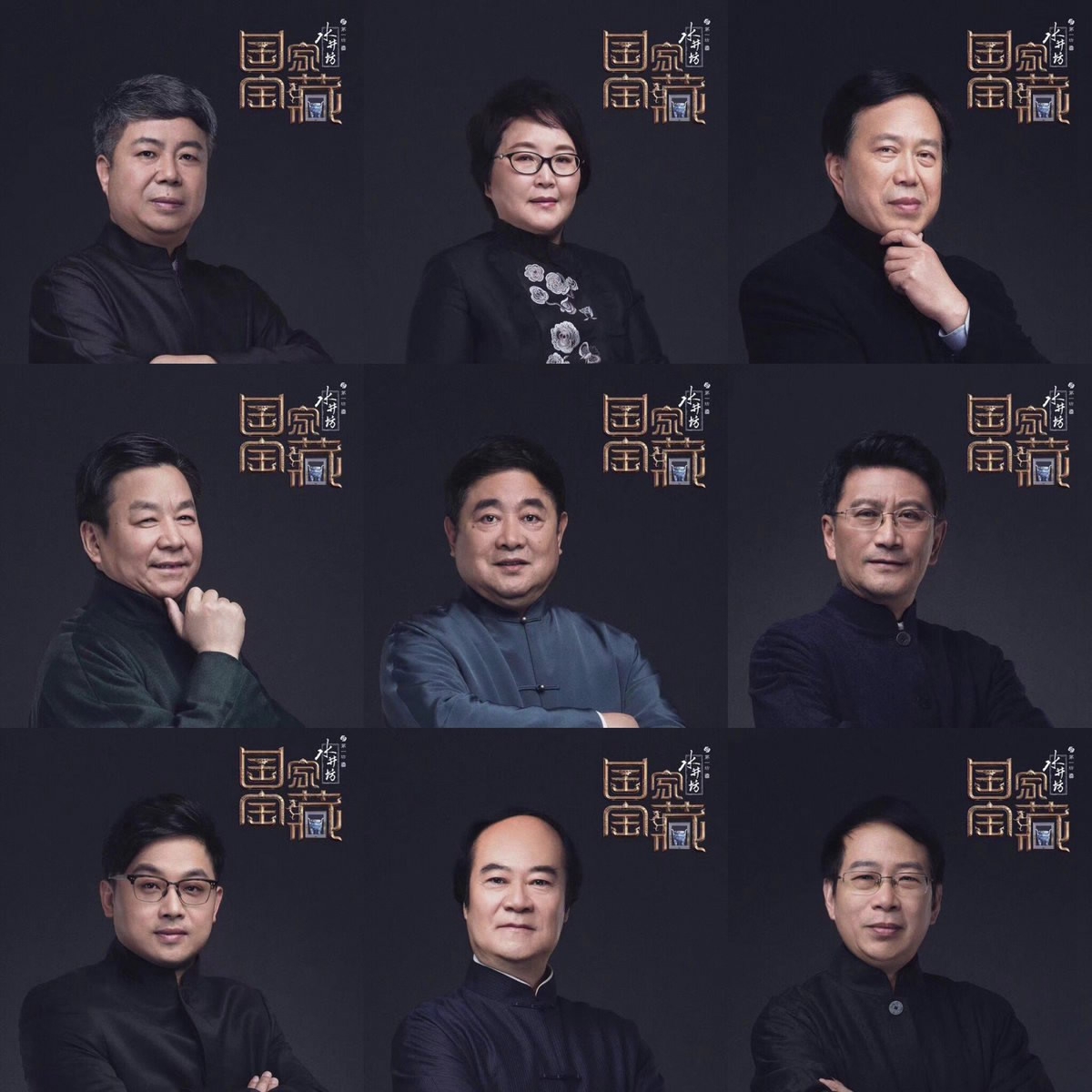 Audiences were not only attracted to the priceless cultural relics, but also by the story narrations, which have been adopted for many sensational online topics and jokes, in efforts to bring the museums and relics closer to the public.
In the first episode, the Palace Museum showcases three treasures: A painting, a large vase, and a stone drum.
A  vase dubbed by Emperor Qianlong of the Qing Dynasty (1644-1912) as “Mother of Porcelains” was introduced to the audience.
Emperor Qianlong is notorious for the massive stamps and comments he left on China’s ancient calligraphy and paintings, which nearly ruined the masterpieces. He is often judged by modern Chinese social media users as having a poor taste in aestheticism. 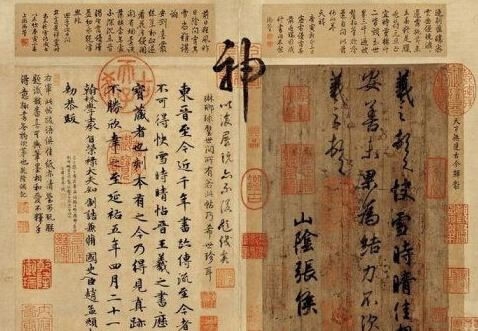 The vase has 15 layers of glazes and colors, and has combined the craftsmanship of various types of porcelains. It is the masterpiece of the best artisans of the time, and is a demonstration of the highest porcelain-making skills. However, it also posed a huge contrast to the traditional Chinese aestheticism of simplicity and elegance.
In the playlet, Emperor Qianlong, starred by sensational Chinese actor Wang Kai, was given the chance to defend himself against the modern judges and criticism. He explained that by making such a vase, he was attempting to combine the essence of Chinese porcelain culture and was expressing his inclusiveness towards culture. 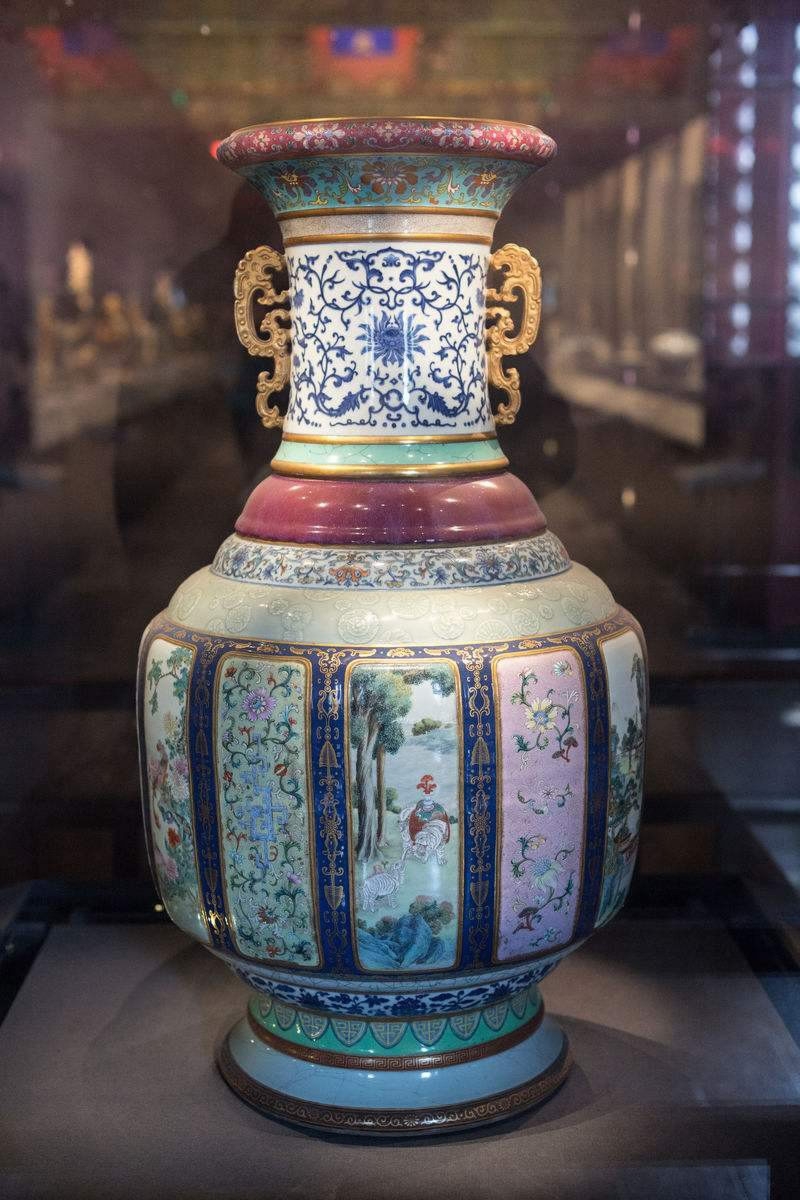 Moreover, Chinese actor Li Chen plays Emperor Huizong of the Song Dynasty, and tells the history of Wang Ximeng's precious painting, "A Panorama of Rivers and Mountains," which is rarely seen as some mineral pigments are peeled off every time the painting is unfolded.
Hong Kong actor Tony Leung is the keeper of the 23-hundred-year-old stone drum and plays the renowned statesman Sima Guang from the Northern Song Dynasty.

Why did the show go viral?

The show did not go viral by accident. Every detail of the show was elaborately designed and repeatedly amended and refined, according to Yu Lei, chief director of the show.
Many people took to China’s Twitter-like social media Sina Weibo to express their fondness for the show. “The lighting, music and the stage arrangement really gave me a surprise,” exclaimed social media users. 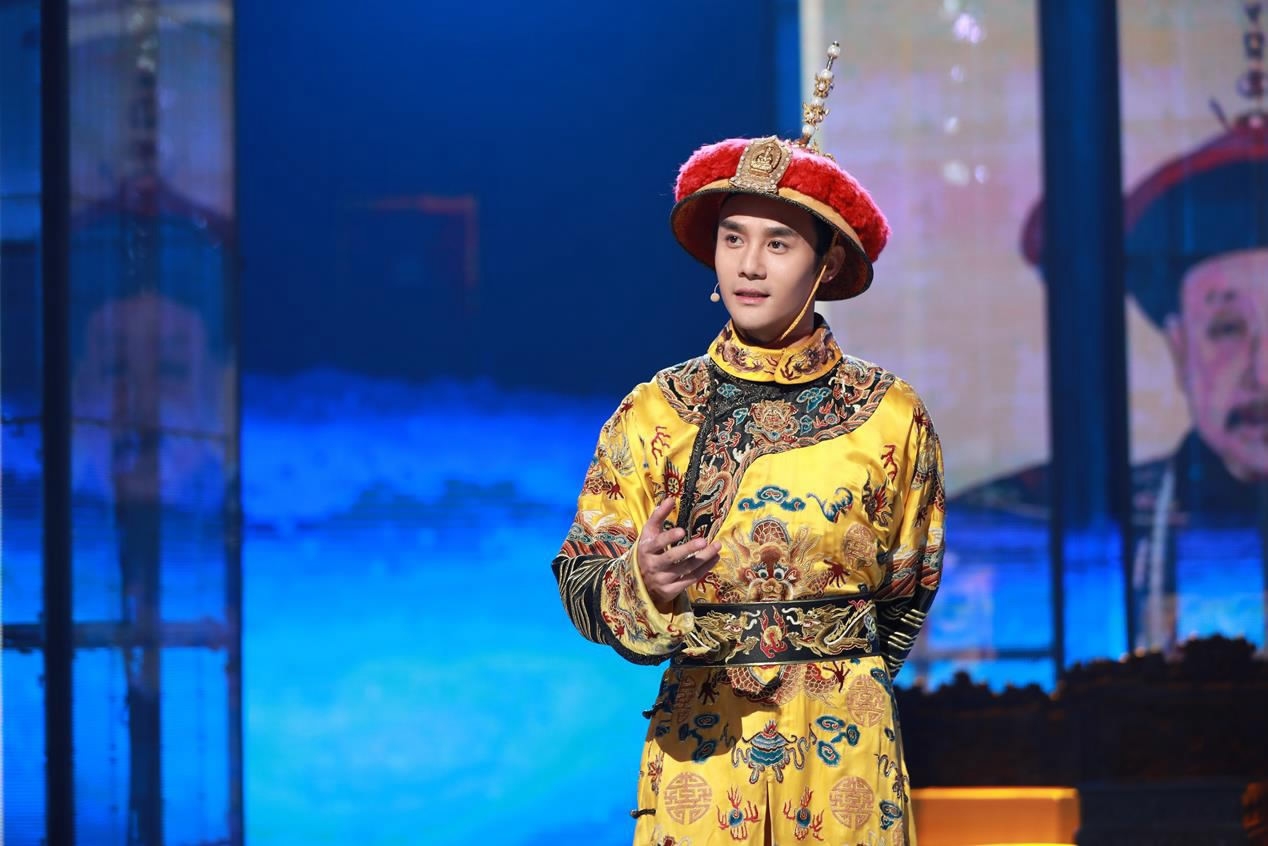 Breaking the dreary stage arrangement of the usual cultural programs, the stage of the “National Treasure” has adopted an IMAX-sized LED screen and holograms, which presents almost the best effects of all Chinese variety shows. Its adoption of the language and catchwords of the young generation also helps the show garner more fans.
“By telling stories and involving dramas and celebrities, the show has successfully transformed the abstract culture into figurative expressions. It was a real creative program of Chinese characteristics,” said Yin Hongru, professor of School of Journalism and Communication of Tsinghua University. 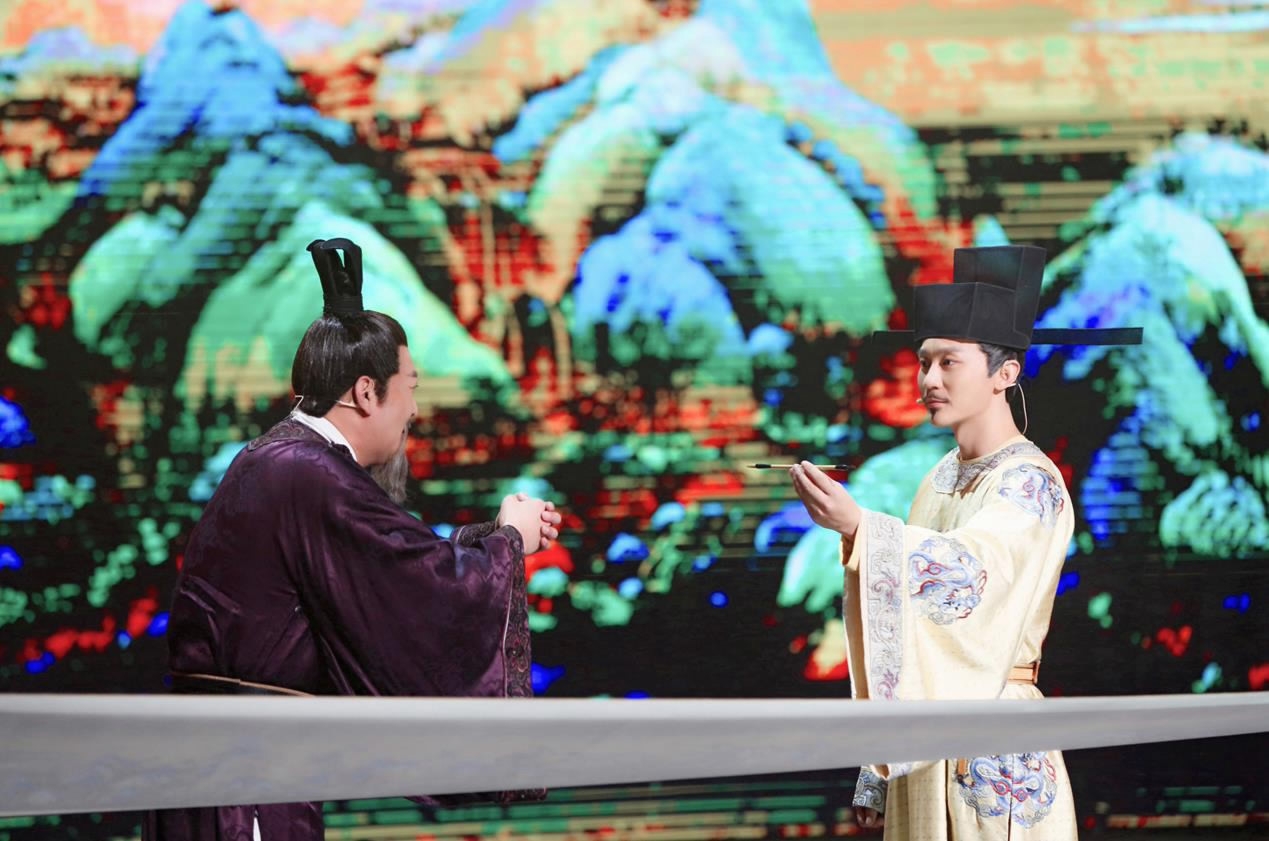 A screenshot of Episode 1 of the show /CCTV Photo

A screenshot of Episode 1 of the show /CCTV Photo

Chief director Yu Lei wrote in her notebook that she was deeply touched by the online comments and compliments, describing the show’s debut as “the wedding night with her own ideal after a long and heartbroken love."
“National Treasure” is not the first original cultural program produced by CCTV. Earlier this year, two other variety shows -- “The Chinese Poetry Competition” and “Reader” --  featuring ancient poems and book-reading have also led the trends during broadcast.
The popularity of the cultural program is only the tip of the iceberg for the Chinese people’s growing demands for high-quality cultural productions. Culture-related topics, from exhibitions to variety shows, have become frequenters of trending search lists on China’s social media. 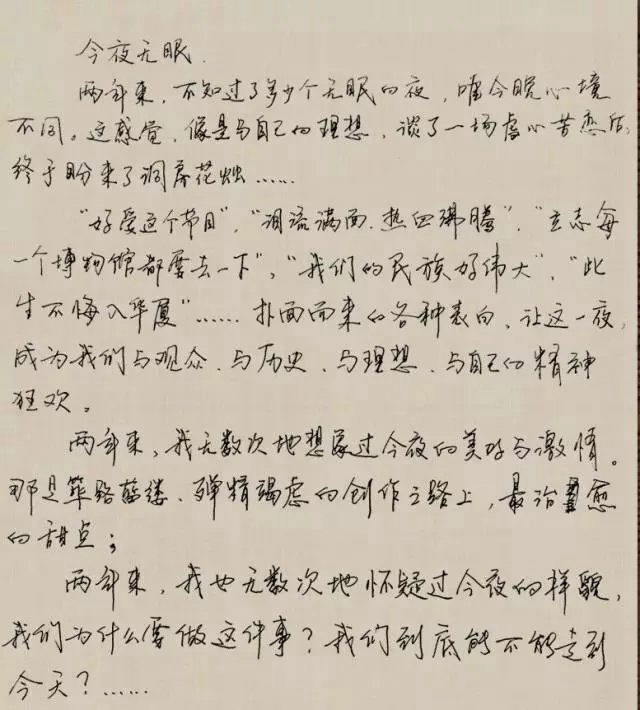 Note by chief director Yu Lei, after the show was debuted /CCTV Photo

Note by chief director Yu Lei, after the show was debuted /CCTV Photo

For media and cultural spreaders, new challenges were also posed – how to cater to the tastes and interests of the audience while at the same time meeting their expectations?
Yu Lei has her own answer for the question.
“The social value of the show is more important than anything else,” she said. “Our original purpose is just to bring life to the relics and encourage more people to go to the museums and take a look at the country’s most precious and shining treasures.”
(CGTN's Yang Yan also contributed to the story.)
5km