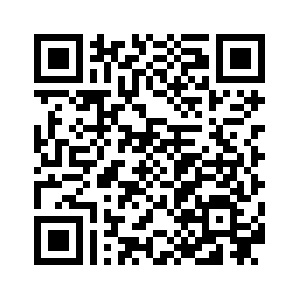 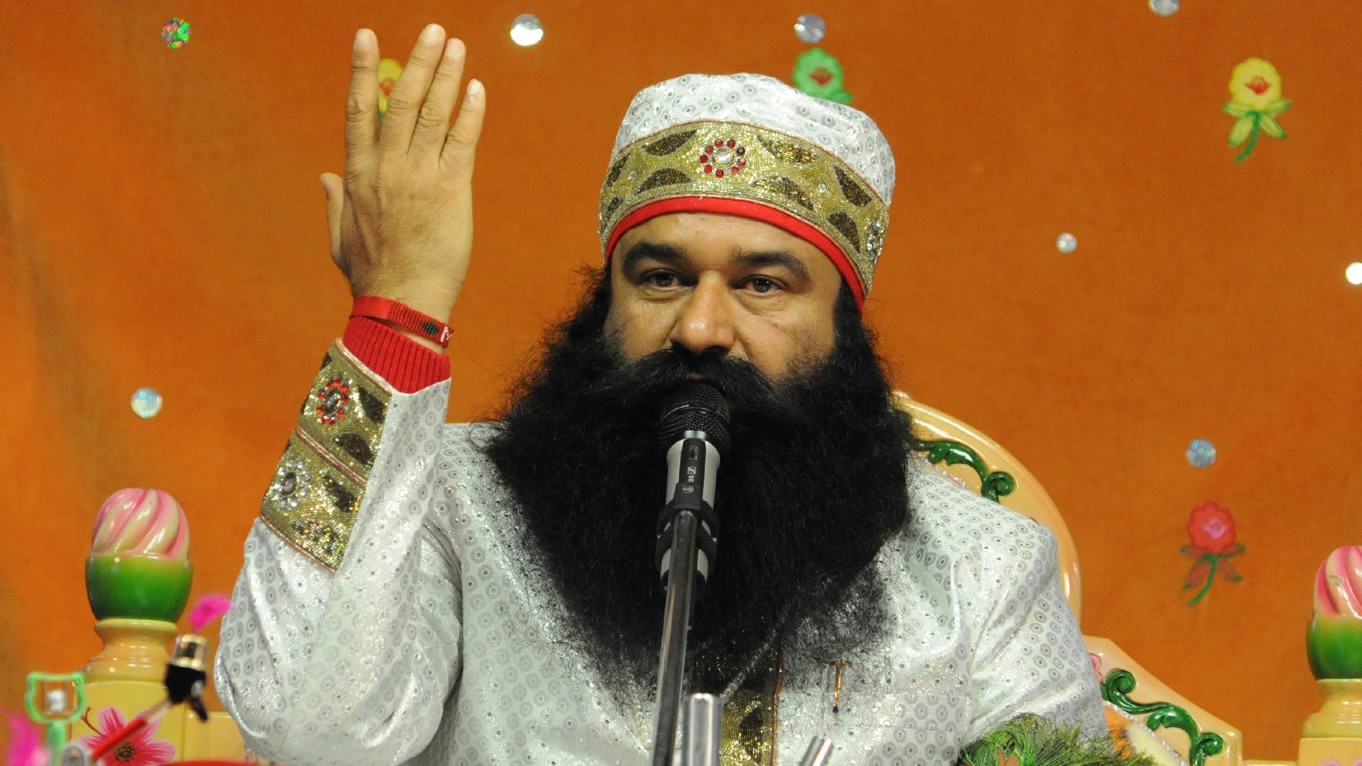 ‍Controversial spiritual guru Gurmeet Ram Rahim Singh’s conviction in a rape case has unleashed thousands of his followers to cause mayhem in northern India. The resulting violence has killed at least 32 people and left hundreds injured so far.
Here’s a quick look at who this guru is, what the details of the case are and why thousands are resorting to violence in his defense. 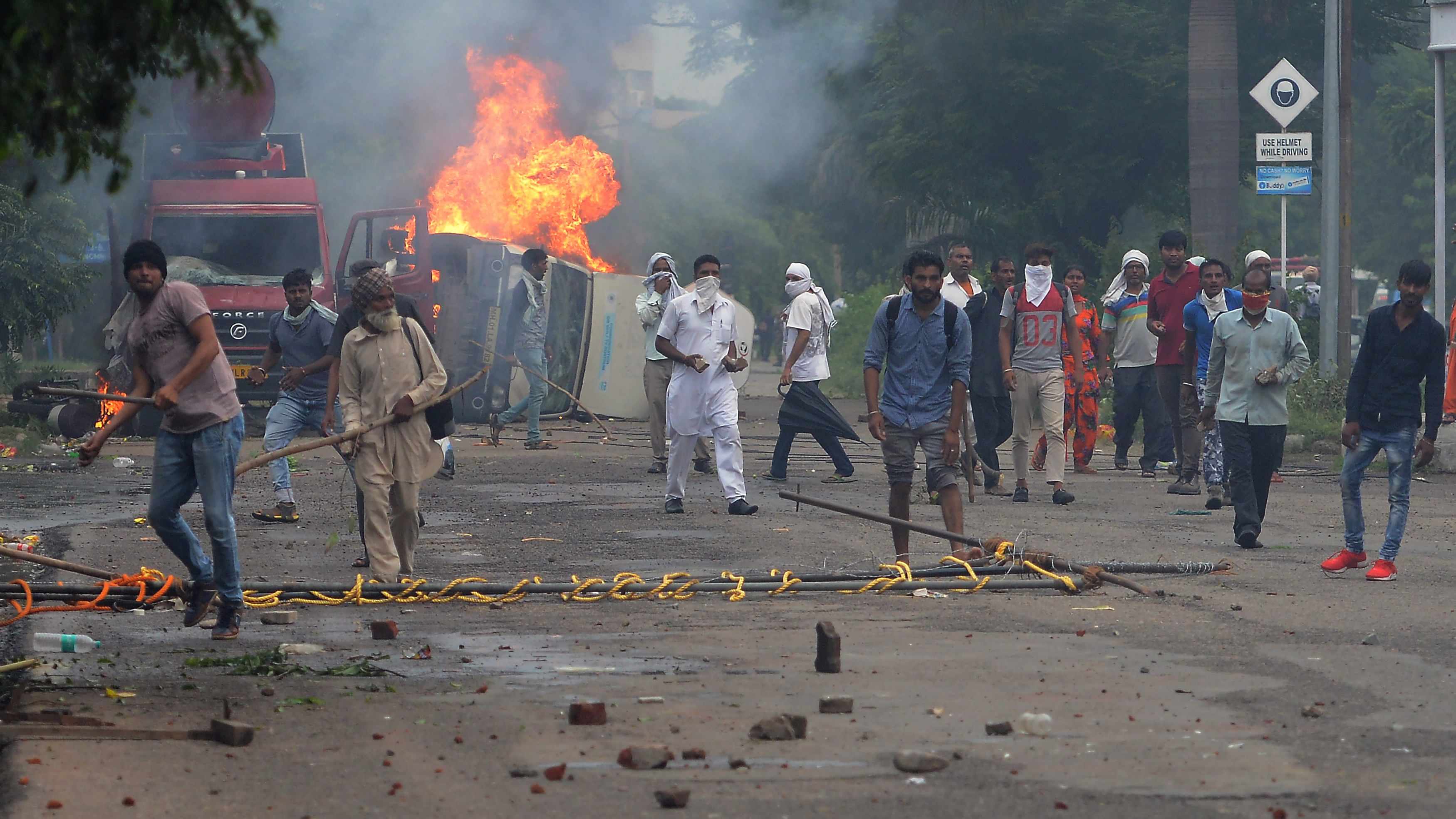 The bejeweled self-styled guru’s Twitter profile describes him as "Spiritual Saint/Philanthropist/Versatile Singer/Allrounder Sportsperson/Film Director/Actor/Art Director/Music Director/Writer/Lyricist/Autobiographer/DOP".
His promotional videos show him gliding through the sky dressed in pink robes, literally flying like Superman, while in real life Gurmeet Ram Rahim Singh is known for his flamboyance as he rides flashy decked up bikes to his public meetings. 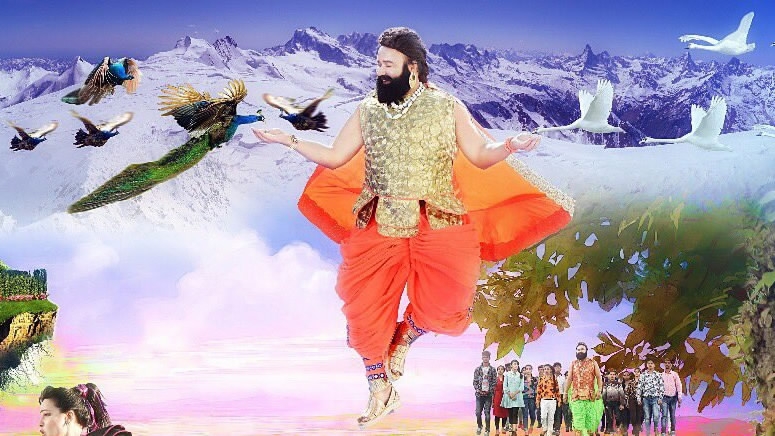 A still from a promotional video that shows Gurmeet Ram Rahim Singh flying in the sky. /Photo Twitter @Gurmeetramrahim

A still from a promotional video that shows Gurmeet Ram Rahim Singh flying in the sky. /Photo Twitter @Gurmeetramrahim

For his followers, their leader is indeed larger than life. Gurmeet is the head of the Dera Sacha Sauda (DSS) sect which holds sway over a mind-boggling 50 million devotees, including several powerful politicians who seek his blessings before elections, according to media reports.
Gurmeet has been the head of DSS, headquartered in northern Haryana state’s Sirsa city, since September 23, 1990. The Indian Express placed Gurmeet 96th in their list of the 100 most powerful Indians of 2015 because of his enormous mass following.
Singh is known for political clout, as his sect has a large number of followers among the lower and backward classes, considered vote banks by various political parties. DSS is the only sect which openly asks its supporters to vote for particular political parties. 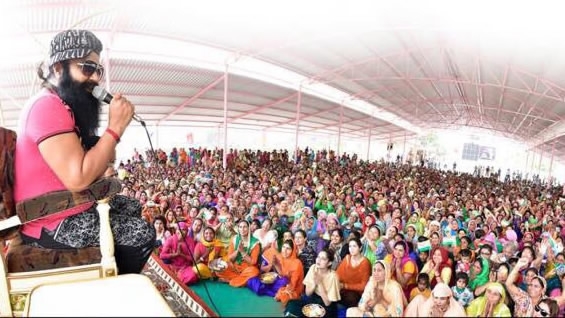 The Indian Express placed Gurmeet 96th in their list of the 100 most powerful Indians of 2015 because of his enormous mass following. /Photo Twitter @Gurmeetramrahim

The Indian Express placed Gurmeet 96th in their list of the 100 most powerful Indians of 2015 because of his enormous mass following. /Photo Twitter @Gurmeetramrahim

For an individual who's no stranger to attention and limelight, the personal details are extremely sketchy.
Gurmeet was born into a Jat Sikh landlord family in Sri Gurusar Modia village in Rajasthan's Sri Ganganagar district on August 15, 1967. Gurmeet, it is said, was always spiritual. When he was seven, he was picked out by the then DSS head Shah Satnam Singh, who anointed him Ram Rahim.
Sixteen years later, in 1990, Satnam Singh publicly conferred sainthood on Gurmeet Ram Rahim and also named the 23-year old disciple as his successor at a grand congregation.
Gurmeet, who is formally educated up to high school, is married to Harjeet Kaur. They have two daughters, Charanpreet and Amanpreet, both of whom are married, and a son Jasmeet. He also adopted a girl. 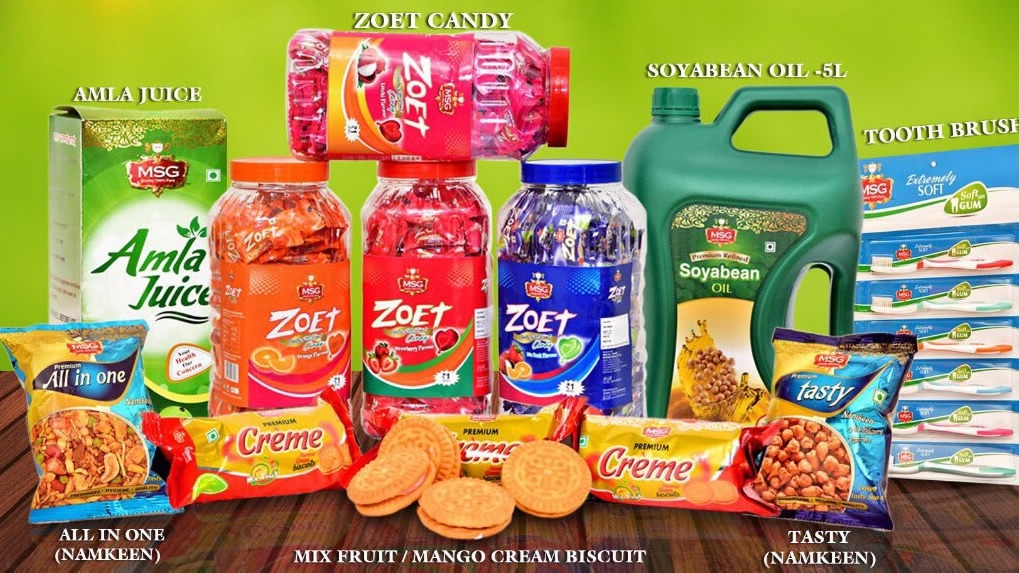 In a display of entrepreneurial skills, Gurmeet launched the "MSG" range of "swadeshi (India-made) and organic" products, which includes food and grocery items, about two years ago. The business is run from his Sirsa headquarters and looked after by the DSS chief's children.
MSG is most likely a takeaway from his first film "Messenger of God", which he produced in 2015 with an eye on an image makeover. He has made three more films since, playing the lead role in each and performing superhero-like daring stunts.

DSS officials claim their chief has contributed in motivating millions of people to perform selfless services while the sect itself has devoted itself to humanitarian tasks such as blood donation and organ donation drives and educating the poor.
Gurmeet has organized drives for blood pressure, diabetes and cholesterol screening that have been recognized by Guinness World Records. In association with the American Society of Echocardiography, he also organized the world record for "Most Cardiac Echo Tests."

In 2002, Gurmeet's tryst with controversy and criminal charges began. He has since been named in cases dealing with rape, murder and forced castration.
The rape allegations against Gurmeet date back to 2002, when a DSS sadhvi (female monk) wrote an anonymous letter to India’s then Prime Minister Atal Bihari Vajpayee saying she was raped by the Dera chief. In the letter, the sadhvi also accused Gurmeet of raping several other female followers inside the sprawling DSS campus in Sirsa. 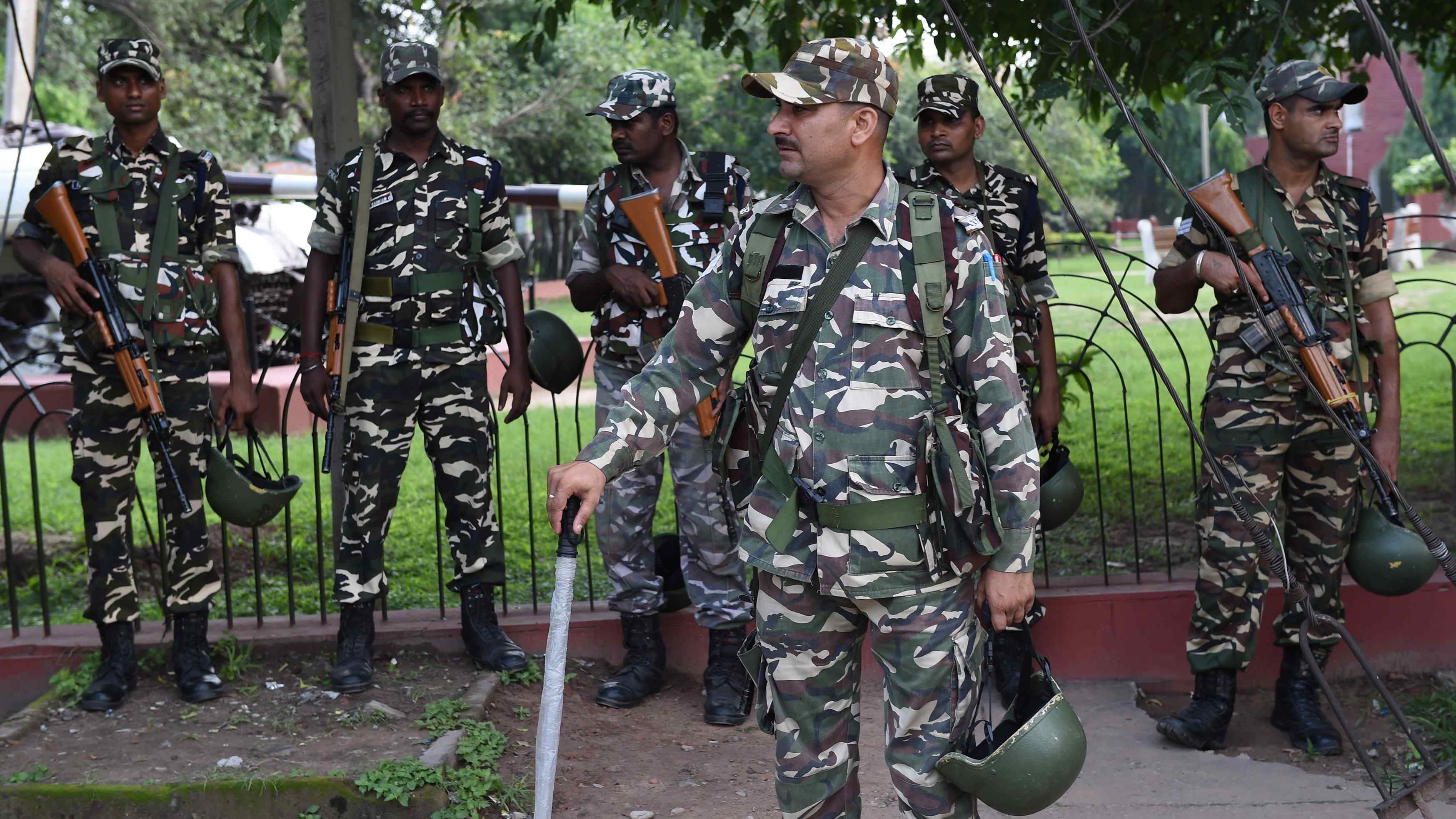 The Punjab and Haryana High Court took suo motu – of its own accord – cognizance of the sadhvi's letter and directed the Central Bureau of Investigation (CBI) to register a sexual exploitation case against the DSS chief in 2002. The CBI then registered a case against Gurmeet, based on the sadhvi's letter.
About 18 sadhvis were questioned and two of them levelled allegations of rape against the spiritual leader. Both sadhvis recorded their statements before the court and reiterated that they were raped. Their statements are part of the CBI charge sheet which was filed on July 30, 2007, in the special CBI court.
The trial against Gurmeet Ram Rahim commenced in 2008, and on September 6, 2008, he was charged under Section 376 (rape) and Section 506 (criminal intimidation) of the Indian Penal Code.
The DSS chief has consistently called the charges false and baseless and has told the court that he is "not capable of" engaging in physical relations. 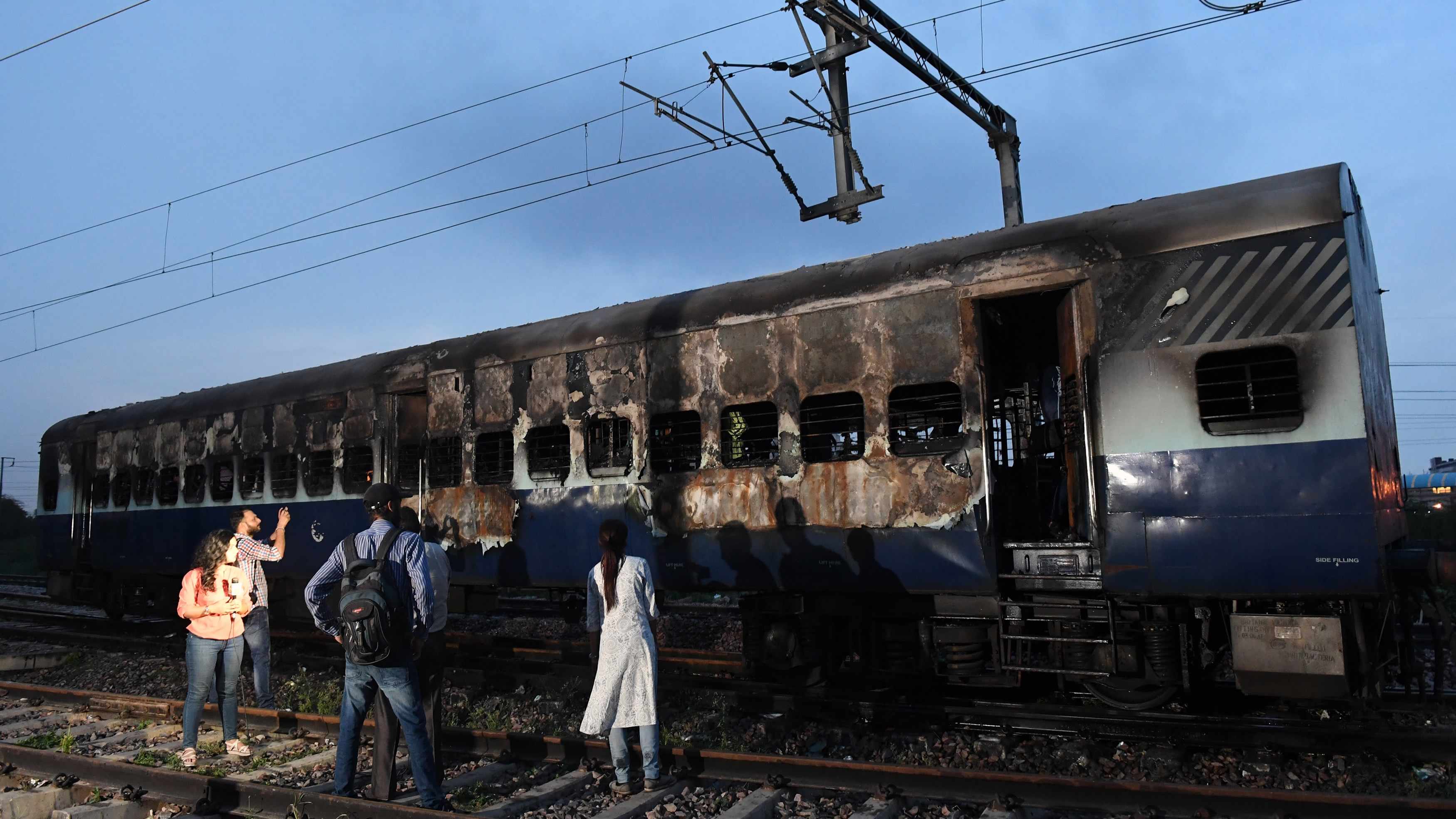 People stand next to a burned out train coach that had been set alight by supporters of a controversial guru, who had earlier been convicted of rape, at Anand Vihar railway station in New Delhi on August 25, 2017.  /AFP Photo

People stand next to a burned out train coach that had been set alight by supporters of a controversial guru, who had earlier been convicted of rape, at Anand Vihar railway station in New Delhi on August 25, 2017.  /AFP Photo

On Friday, a special CBI court in Panchkula, Haryana, delivered its verdict in the sexual assault case, finding Gurmeet guilty of two counts of rape and was taken into custody. He will be sentenced on August 28.
Earlier in the day, Gurmeet had arrived in the court premises in a 200-car convoy.  More than 200,000 people had gathered near the court premises ahead of the verdict.
After the verdict, Gurmeet was flown out of Panchkula by helicopter on Friday evening, as clashes, arson, vandalism and violence erupted in the city. Authorities had earlier cut mobile and Internet services in Panchkula anticipating violence. Subsequently, an indefinite curfew was imposed in the city.
As news of Gurmeet's conviction spread, there were reports of violence in several districts of neighboring Punjab state and on the outskirts of the capital Delhi, which borders Haryana. Authorities imposed curfew in at least four districts of Punjab to curb the spread of violence.
Hundreds of trains passing through Punjab and Haryana have been canceled. 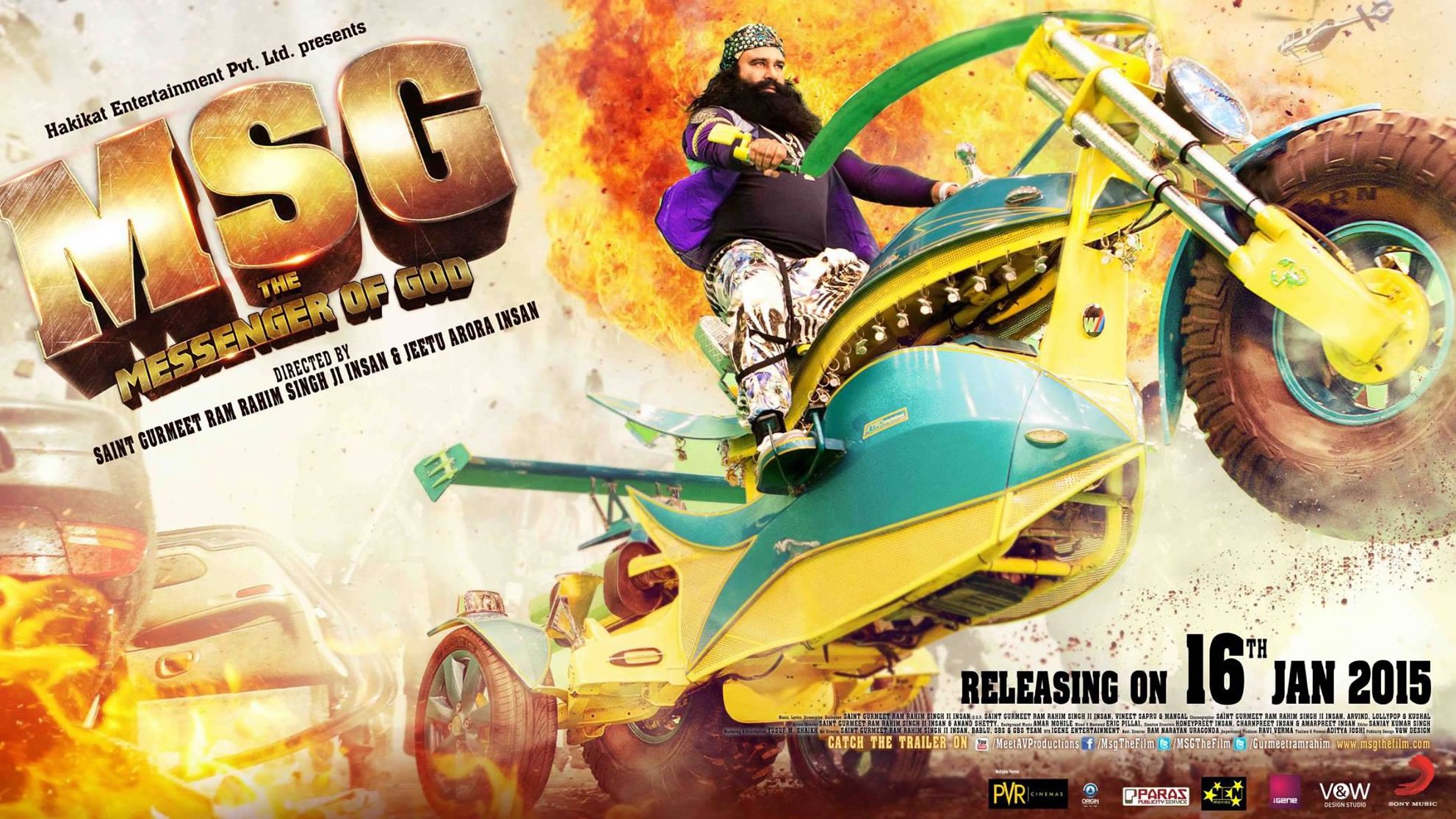 Gurmeet is also facing trial in two separate murder cases – those of Dera follower Ranjit Singh in July 2002 and of journalist Ram Chander Chattrapati in October that same year. Ranjit's family members claimed he was killed for having circulated the sadhvi's anonymous letters in a local newspaper. Chattrapati had reported extensively on illegal activities going on within the DSS.
In 2014, a DSS follower Hans Raj Chauhan alleged that he, along with some 400 saints of the sect, were castrated inside the Sirsa campus on the orders of Gurmeet. Chauhan alleged that he was told castration was a way of coming closer to God. According to a CBI report, the castration was done to safeguard sadhvis from possible sexual advances. CBI is looking into these charges of forced castration dating back to 2000.