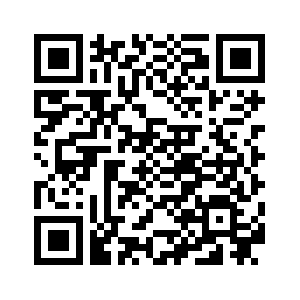 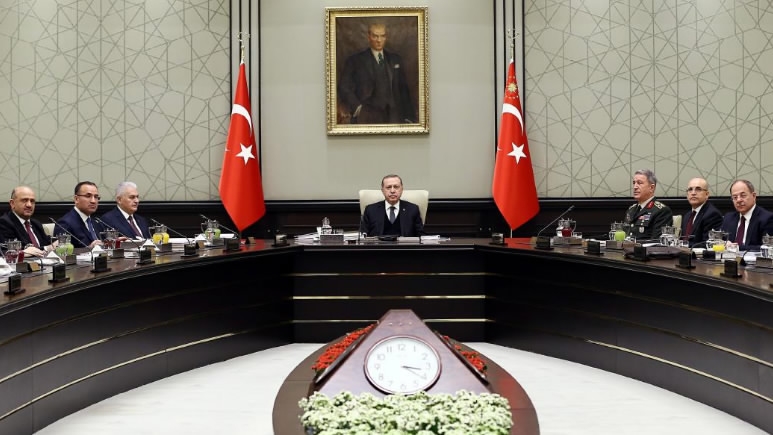 Turkey said on Wednesday it would not hesitate to take action in Syria’s Afrin district and other areas unless the United States withdrew support for a Kurdish-led force there, as the Pentagon downplayed its plans to train the Syrian fighters.
In recent days, Turkey’s President Erdogan has repeatedly warned of an imminent incursion in Afrin after Washington said it would help the Syrian Democratic Forces (SDF), led by the Kurdish YPG militia, set up a new 30,000-strong border force.
The plan has infuriated Turkey, which considers the Syrian YPG as an extension of the Kurdistan Workers’ Party (PKK) militant group, which has fought an insurgency in southeast Turkey since 1984. The PKK is considered a terrorist group by the European Union, Turkey and the United States.
Speaking to reporters after a cabinet meeting, Deputy Prime Minister and Government Spokesman Bekir Bozdag said the planned US-backed force posed a threat to Turkey’s national security, territorial integrity and the safety of its citizens.
“We emphasized that such a step was very wrong,” he said. “Turkey has reached the limits of its patience, nobody should expect Turkey to show more patience.” 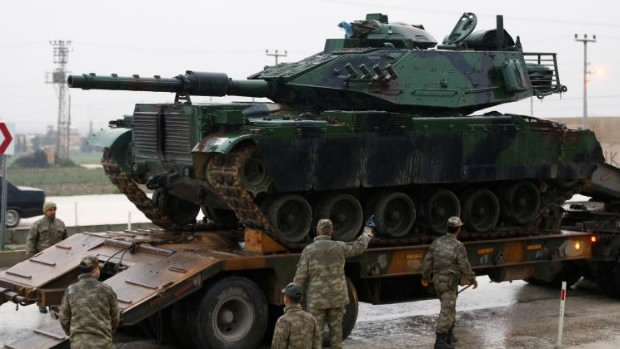 A Turkish military tank arrives at an army base in the border town of Reyhanli near the Turkish-Syrian border in Hatay Province, Turkey, January 17, 2018. /Reuters Photo

A Turkish military tank arrives at an army base in the border town of Reyhanli near the Turkish-Syrian border in Hatay Province, Turkey, January 17, 2018. /Reuters Photo

In a statement, the Pentagon said it was training “internally focused” Syrian fighters with a goal of preventing Islamic State’s resurgence and ensuring Syrians displaced by the war could return to their communities.
“This is not a new ‘army’ or conventional ‘border guard’ force,” the Pentagon said, adding it would be “completely transparent” with Turkey about its plans.
“We are keenly aware of the security concerns of Turkey, our coalition partner and NATO ally. Turkey’s security concerns are legitimate,” it said.
Some Turkish troops have been in Syria for three months after entering the northern Idlib province following an agreement with Russia and Iran to try to reduce fighting between pro-Syrian government forces and rebel fighters.
The observation posts which the Turkish army says it has established are close to the dividing line between Arab rebel-held land and Kurdish-controlled Afrin.
Earlier on Wednesday, Turkey’s National Security Council said Turkey would not allow the formation of a “terrorist army” along its borders.
As the council met, a Reuters reporter witnessed the Turkish army deploying nine tanks to a military base just outside the city of Hatay, near the border with Afrin, to the west of the area where the border force is planned. That followed earlier reports of a military buildup in the area.
“When the Turkish people and Turkish state’s safety is in question, when it is necessary to remove risks and destroy threats, Turkey will do so without hesitation,” Bozdag said.
On Monday, with relations between the United States and Turkey stretched close to breaking point, Erdogan threatened to “strangle” the planned US-backed force in Syria “before it’s even born.” 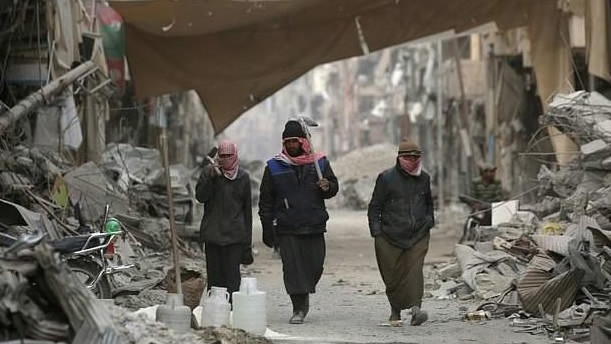 The debris in the Syrian city of Raqa, after Kurdish fighters supported by US warplanes defeated Islamic State group jihadists to take the city. /AFP Photo

The debris in the Syrian city of Raqa, after Kurdish fighters supported by US warplanes defeated Islamic State group jihadists to take the city. /AFP Photo

Turkey and the United States, both allies in NATO, were on the same side for much of Syria’s civil war, both supporting rebels fighting to overthrow Syria’s President Bashar al-Assad. But a decision by Washington to back Kurdish forces fighting against Islamic State in recent years has angered Ankara.
Bozdag reiterated Ankara’s demand that Washington cease its “inexplicable” and “unacceptable” support of the YPG.
“In the case that Turkey’s demands are not met, we will take determined steps in Afrin and other regions to protect our interests. We will take these steps without considering what anyone can say,” Bozdag said. “When will this happen? Suddenly.”
The cabinet also agreed to extend a state of emergency imposed after a failed 2016 coup attempt from Jan. 18, Bozdag said, in a move likely to prolong a post-putsch crackdown that saw more than 50,000 people arrested and 150,000 others sacked or suspended from their jobs.
(Top image: Turkey’s President Erdogan chaired a meeting of the National Security Council in Ankara, Turkey, January 17, 2018. /Reuters Photo)
Source(s): Reuters