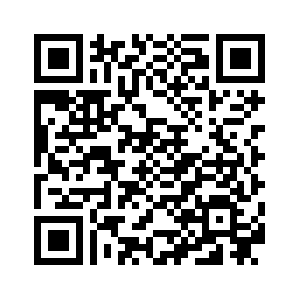 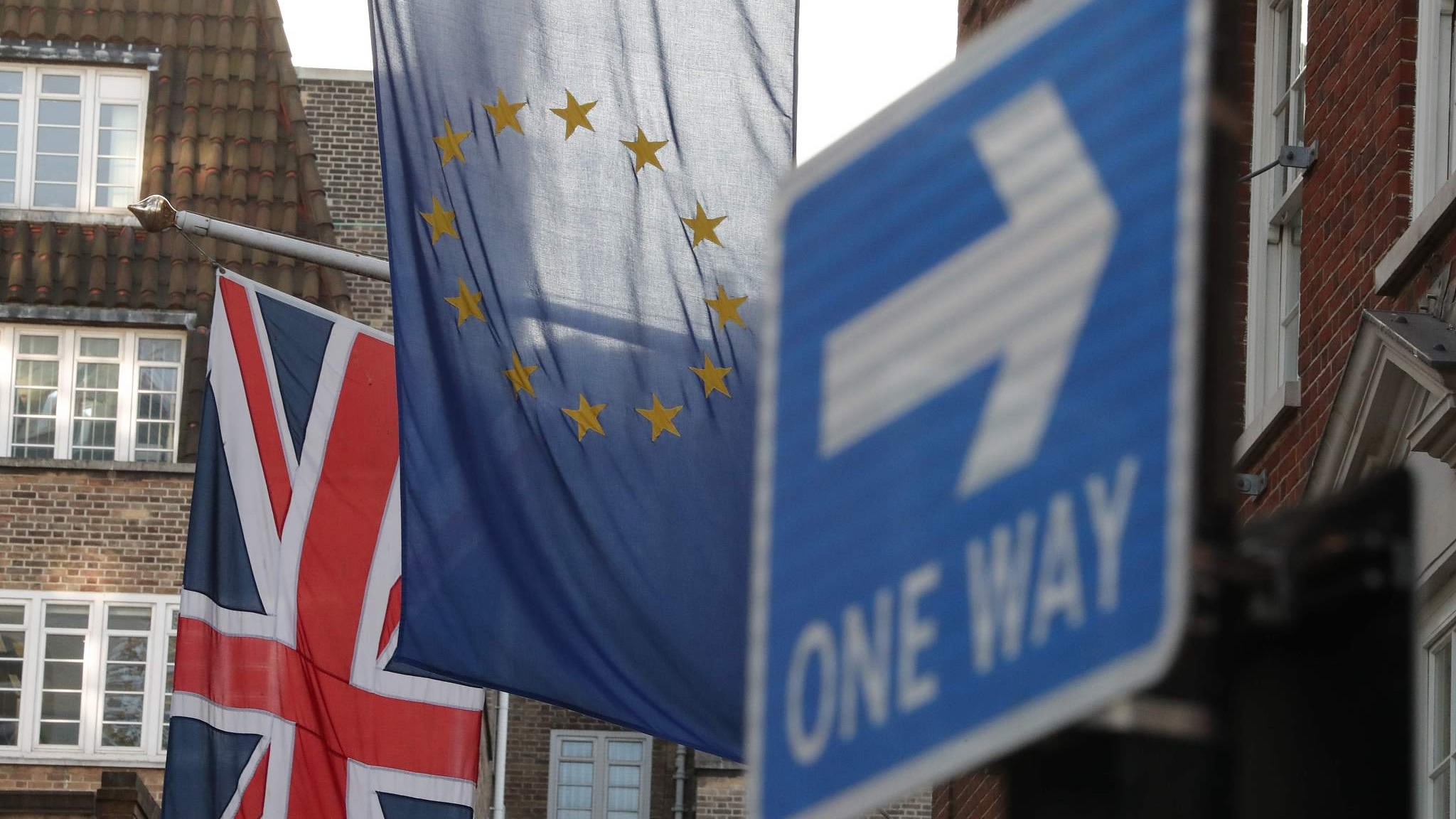 When the results of the United Kingdom’s 2016 referendum on European Union membership were reported from TV studios on the evening of June 23, 2016 they unleashed an implosive binary logic with far-reaching ramifications for the nations that make up the United Kingdom and for near neighbors. This is especially the case in Ireland where complex post-colonial politics and a peace process have been thrown up in the air due to the prospect of the reimposition of a hard international border between Northern Ireland and the Republic of Ireland.
The simple choice of "Yes"’ or "No" in the referendum not only belied the complexity of the ramifications and choices that now follow the decision to leave; the simple format of the referendum also encouraged misleading claims and omissions in arguments leading up to the poll. 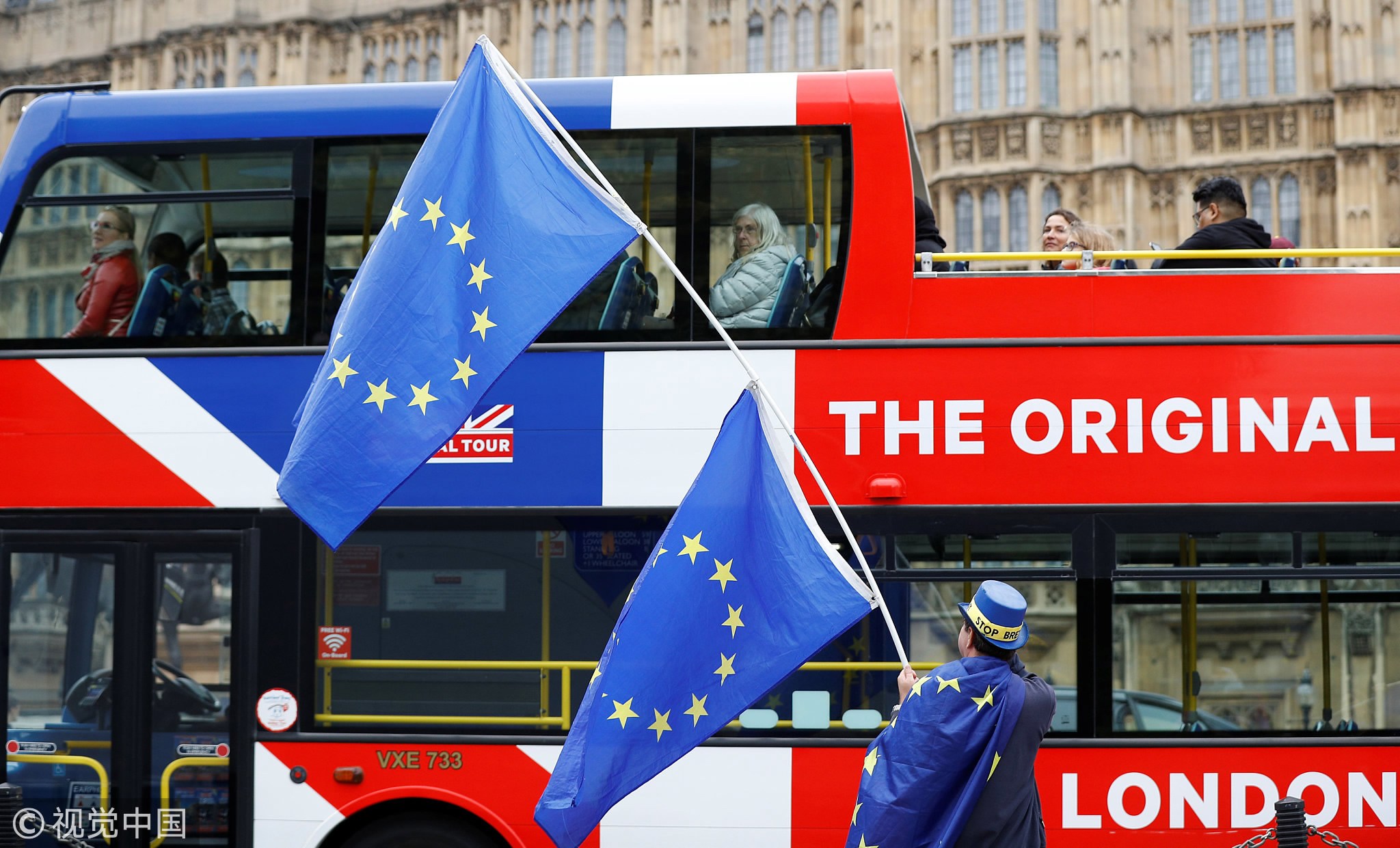 A tourist bus passes an anti-Brexit protester in London on October 19, 2017. /VCG Photo

A tourist bus passes an anti-Brexit protester in London on October 19, 2017. /VCG Photo

In what is proving to be an all-consuming high-wire act for the hapless Prime Minister, Theresa May, her minority and fractious Conservative Government (supported by ten high-maintenance hard-line Democratic Unionist MPs from Northern Ireland), is steering the European Union (Withdrawal) Bill (2017-19) through the House of Commons and House of Lords. Following the triggering of Article 50 of the EU’s Lisbon Treaty – to give effect to the referendum decision – it is expected that the UK will leave the EU by the end of 2020.
May’s political survival as Prime Minister is predicated entirely on a fine balance of forces in her Cabinet where – like a perverse game of Russian Roulette where all the guns are pointing at May – opposing forces are lined up behind unresolved arguments for competing versions of the terms of the UK’s exit from the European Union (ranging from a "soft" Brexit that would see the UK remain in the EU’s Single Market and Customs Union, and a ‘hard’ Brexit where the UK would be subject to WTO rules) and are unwilling to dispatch May (at least not until negotiations with the European Union are near completion).
The result of the European Union Referendum, a decision to leave the EU by the slimmest of margins (46.8 Remain: 53.2 Leave) after more than forty years of membership, reopened a fault line at the heart of British politics. It was a result that could yet signal that the sun has finally begun to set over the remains of the UK’s ‘Empire State’. 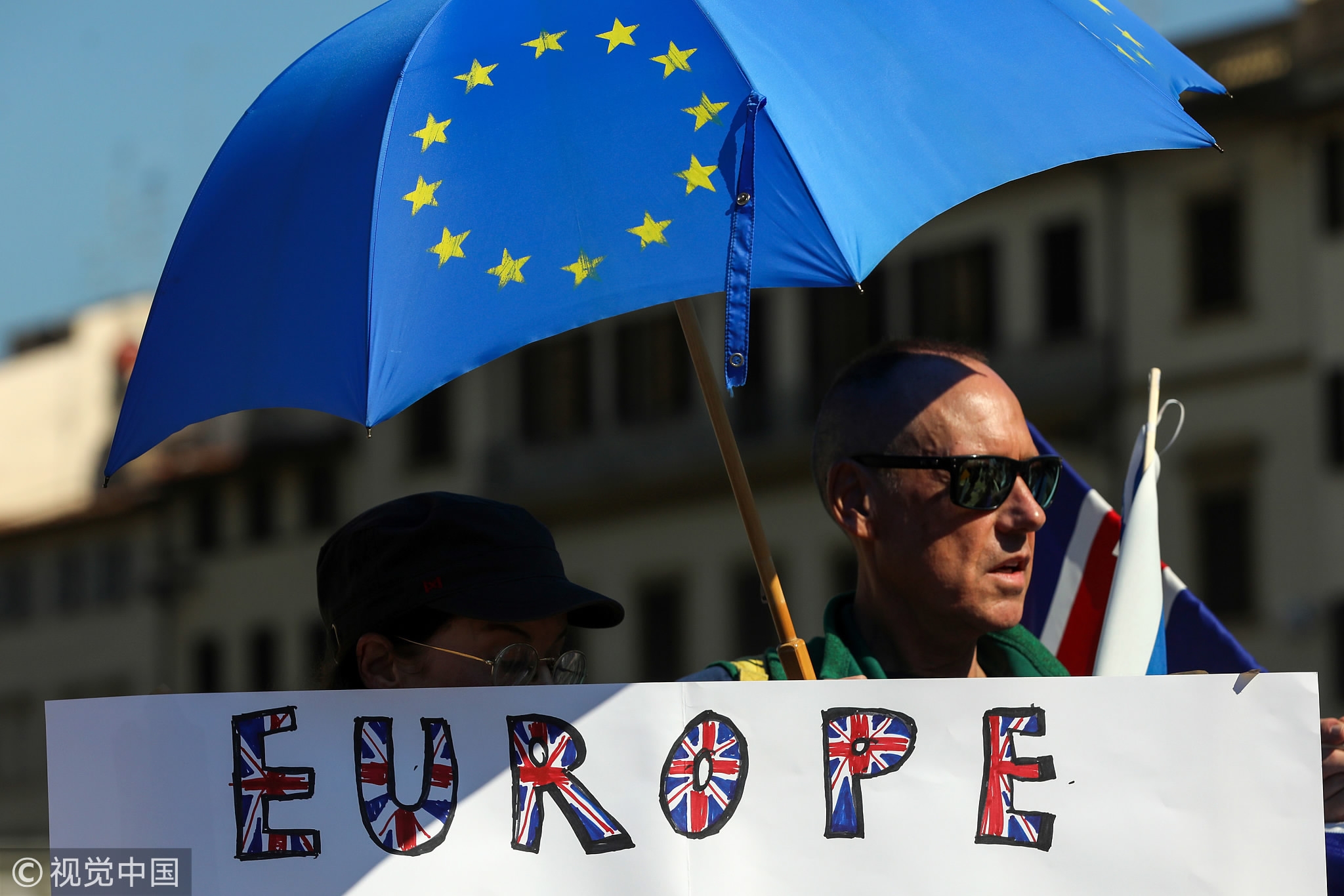 An anti-Brexit campaigner holds a placard while sheltering from the sun under a European Union flag umbrella, outside the Basilica di Santa Maria Novella in Florence, Italy, Sept. 22, 2017. /VCG Photo

An anti-Brexit campaigner holds a placard while sheltering from the sun under a European Union flag umbrella, outside the Basilica di Santa Maria Novella in Florence, Italy, Sept. 22, 2017. /VCG Photo

The first political casualty was then Conservative Party David Cameron Prime Minister who – having made one of the country’s gravest miscalculations since the Suez Crisis or the partition of India – was forced to fall on his sword. It was the Tory Party leader’s decision to call a referendum in the deluded hope of finally uniting party factions divided over the country’s future in the EU. The Tory party had come under electoral pressure from an insurgent Eurosceptic United Kingdom Independence Party led by Nigel Farage MEP, a glad-handing populist from the Trump school of anti-globalists and "Little England" chauvinism.
The real winners and backers of Brexit are a coalition of ideological free traders and other sections of ‘the Establishment’ who have never accommodated themselves to Britain’s post-WWII decline and repositioning as a middle-ranking power forced to throw its lot in with other members of the European Communities. The latter suffer from a form of what might be described as "Post Imperial Stress Disorder" (PISD).
Nowhere will the shockwaves of the referendum outcome be felt more keenly than in Scotland and Ireland where majorities voted to remain within the European Union. 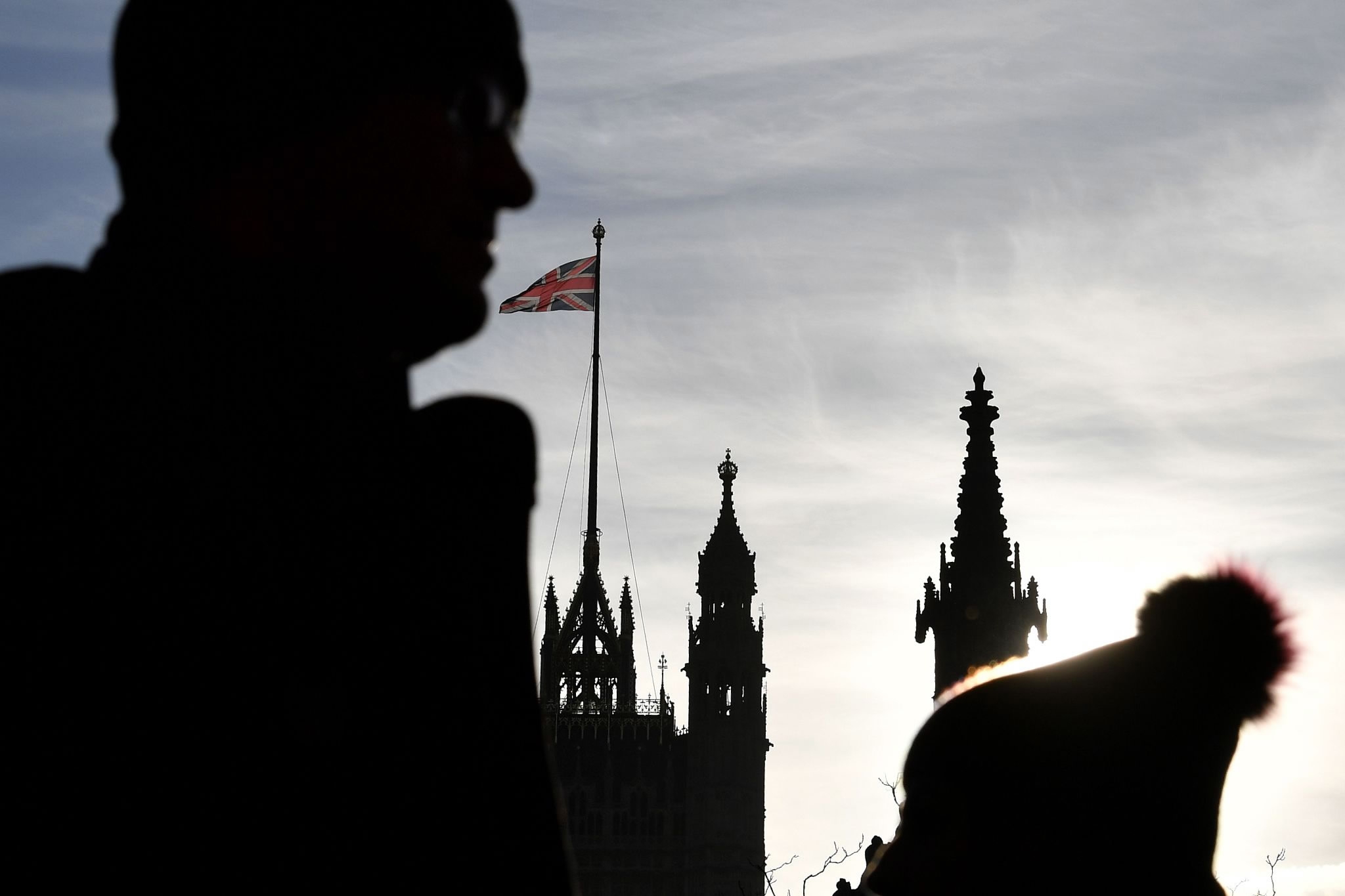 People pass a Union flag flying on the Houses of Parliament in London on December 9, 2017. /VCG Photo

People pass a Union flag flying on the Houses of Parliament in London on December 9, 2017. /VCG Photo

Scotland: The SNP Leader and First Minister, Nicola Sturgeon, will use the prospect of a second Scottish independence referendum to pressure Theresa May to keep the UK within the EU single market and customs union, if not within the political institutions of the European Union itself.
Ireland: A majority of people in Northern Ireland also voted in favour of the United Kingdom remaining (55.8 percent:44.2 percent) part of the European Union. The island of Ireland is host to the only UK land border, separating Northern Ireland from the Republic of Ireland. The Republic of Ireland and UK’s shared membership of the European Union was an important enabling factor in the design of the 1998 Belfast (Good Friday) Agreement, which helped secure the end of a thirty-year armed conflict. In December 2017, as part of pre-negotiations on the terms of the UK’s exit from the EU, the Irish Government – with the support of the European Council, Commission and Parliament – secured Prime Minister May’s agreement that, whatever the terms of the UK’s exit from the EU – there will be no return to a "hard" or visible border between Northern Ireland and the Republic. How this will be delivered is a mystery but may help push May’s Government towards a "soft" Brexit (at least for Northern Ireland).
The Irish Government’s remarkable diplomatic coup marked a turning point in Anglo-Irish relations, the ascendancy of the Republic of Ireland (as part of the EU geopolitical power bloc) to the status of senior partner after hundreds of years of colonial subjugation.
Whatever the terms of disengagement, the Brexit calamity has also speeded up the debate on the reunification of Ireland.
There is a sense within Nationalist and Republican Ireland that Britain’s post-imperial Brexit adventure may yet flounder on the shores of her oldest and most European of former colonies.
(Peter Doran is a lecturer at the School of Law, Queen's University Belfast, The Senator George J Mitchell Institute for Global Peace, Security and Justice and Centre for Evidence and Social Innovation. The article reflects the author's opinion, and not necessarily the view of CGTN.)