Afghanistan war: 16 years on, US still stranded in their longest war
CGTN 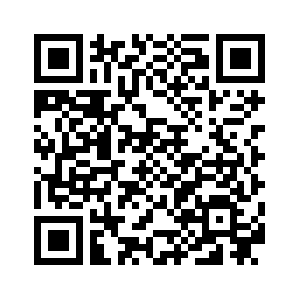 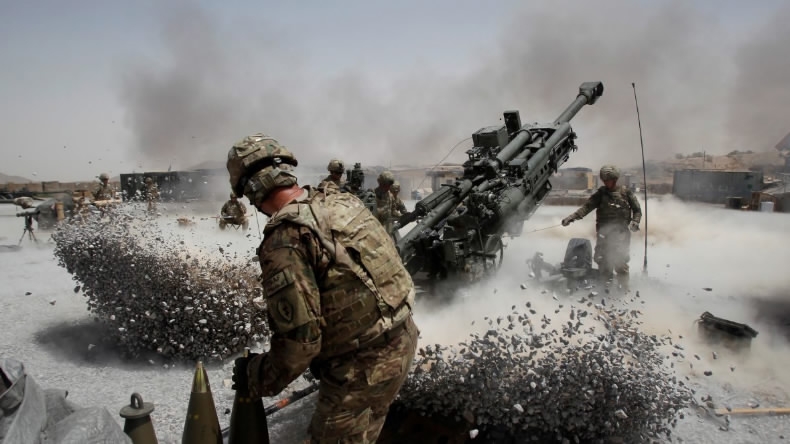 On September 27, when US Defense Secretary Jim Mattis was in the Afghan capital for talks, the Taliban launched attacks near Kabul's international airport upon his arrival.
It was another message to the world that, after 16 years of war, the security situation in Afghanistan is still severe and the country currently faces a number of growing internal threats: Terrorist attacks, loss of land to Taliban, economic collapse and growing public disenchantment.
How did we get here? 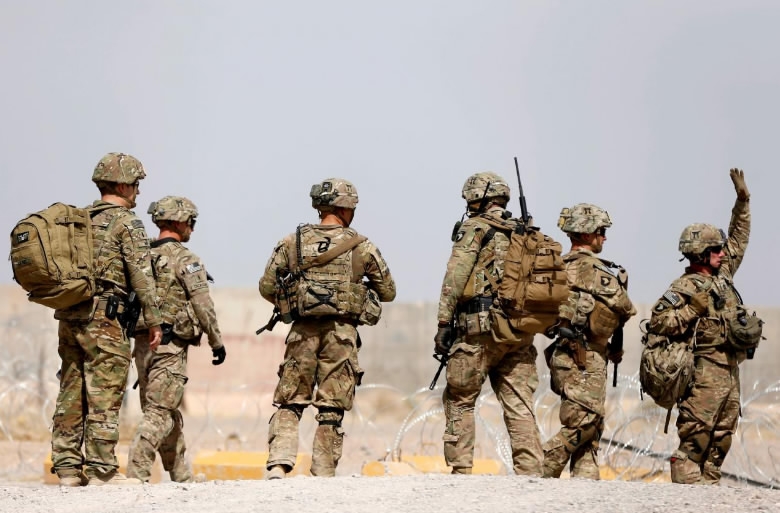 US troops walk outside their base in Uruzgan province, Afghanistan July 7, 2017. /Reuters Photo

US troops walk outside their base in Uruzgan province, Afghanistan July 7, 2017. /Reuters Photo

On October 7, 2001, US troops launched the war against Afghanistan, based on the belief that the mastermind of the 9/11 attacks – the leader of Al-Qaeda, Osama Bin Laden -was based in the country. Over 1,000 US soldiers were deployed there in November, with the number rising to 10,000 the year after.
The Taliban, which had been in power since 1996, was toppled down within only several weeks worth of strikes by the US and its allies.
As the US turned its attentions to the war in Iraq in 2003, the Taliban started to regroup in their strongholds in the south and east of Afghanistan. In order to carry out an effective strategy against the Taliban, the Bush administration increased the number of troops to 48,500 by mid-2008. 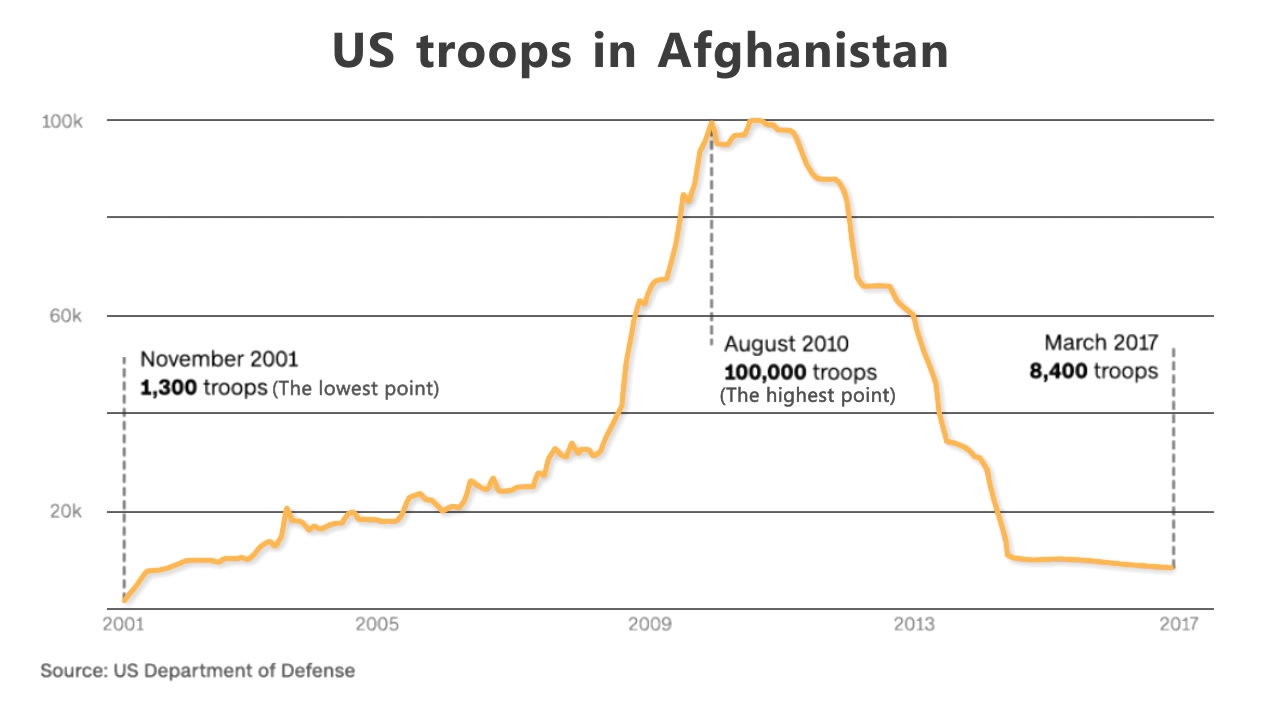 Under the Obama administration, the US troops deployed in the area peaked at around 100,000 in December 2009. The objective, according to the US, was to put the brakes on the Taliban and to strengthen Afghan institutions.
Bin Laden was racked down and killed on May 2, 2011 in Pakistan during a US Special Forces operation. And in 2014, both the US and NATO signed a bilateral security accord with Afghanistan as they announced the end of combat missions by the end of 2014. According to the accord, 9,800 US soldiers will remain in the country in 2015 to conduct "anti-terrorist" operations against al-Qaeda and training Afghan forces.
However, as the security situations deteriorated, Obama in 2016 slowed down the pace of troop withdrawal, saying that 8,400 US troops will remain in the country into 2017.
As the war on terror continued, the US forces also aimed at the extremist group ISIL in Afghanistan. On April 13 this year, the US military for the first time used the largest non-nuclear bomb, named the Mother of All Bombs (MOAB), hitting a ISIL target in the eastern part of the country, killing 96 people. The US army later killed a new ISIL leader in Afghanistan in July.
Trump’s Afghanistan strategy: what’s ‘new'?
As a US citizen, Donald Trump had been a vocal opponent to US military involvement in Afghanistan. He tweeted his views on the subject several times in the years before the 2016 election, saying it was "time to come home" and decrying the US dollars spent and lives lost in a war far from home. 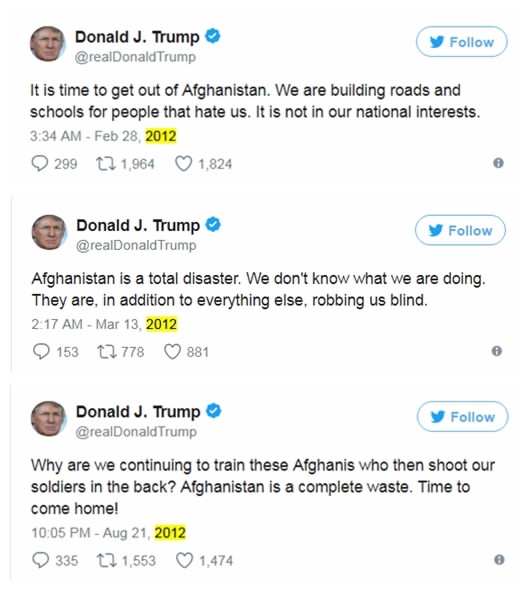 However, once in presidential office, Trump changed his tune. His long-awaited Afghanistan strategy, outlined on August 21, deepened American involvement in the Central Asian country.
Defense Secretary Jim Mattis said in September that more than 3,000 additional US troops would be deployed, in part to counter the influence of ISIL. But after 16 years of surge and withdrawal, what is Trump actually trying to do differently?
Firstly, Trump abandoned Obama’s timetable in Afghanistan and proposed a conditions-based approach instead. This means "conditions on the ground will guide the US’s strategy," according to the president. Trump told adversaries in Afghanistan they would never know US plans and shouldn’t expect a rapid American withdrawal. 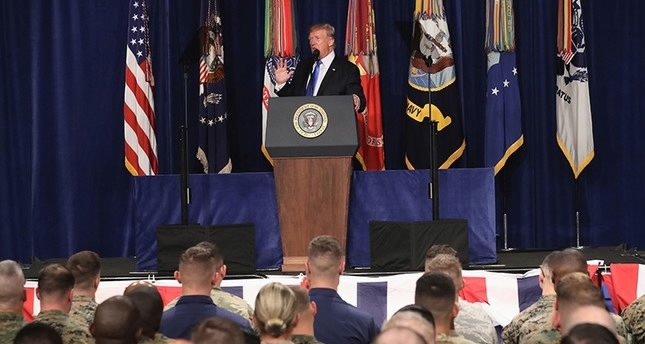 Secondly, the president included Afghanistan in a broader South Asian strategy review. He vowed to get tougher with Pakistan, which borders Afghanistan, and accused Lahore of harboring terrorist networks. Meanwhile, he pledged to further develop a US strategic partnership with India.
Finally, Trump is looking for political settlement through all instruments of American power, saying the US still has an open attitude toward the Taliban for negotiation.
Is the 16 year long war winnable?
Trump, the third US president to contend with the conflict, declared the US will "win" in Afghanistan. But how and when will the US win its longest war? And what would victory look like? Trump has not given clear answers.
General Joseph Dunford, chairman of the US Joint Chiefs of Staff, accepted on October 3 that the conflict on the ground is a "stalemate," telling Congress "we are not at a point where we can bring a successful political solution to the war." 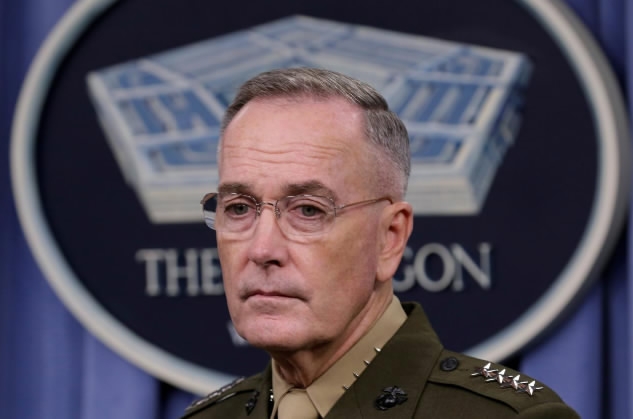 Joint Chiefs Chairman Marine Gen. Joseph Dunford holds a press briefing on the campaign to defeat ISIS at the Pentagon in Washington, US, May 19, 2017. /Reuters Photo

Joint Chiefs Chairman Marine Gen. Joseph Dunford holds a press briefing on the campaign to defeat ISIS at the Pentagon in Washington, US, May 19, 2017. /Reuters Photo

Some do believe Trump’s strategy can make a difference, and it has been applauded for reducing uncertainty. Republican House of Representatives Speaker Paul Ryan praised Trump for not setting a deadline, saying to do so would allow adversaries to simply wait for the US to depart.
Paul D. Miller, a former White House staffer and frequent Trump critic, agreed that the president was right not to talk about specific numbers of troops, withdrawals or timetables. "It’s Trump’s finest moment as president," he added.
Nevertheless, analysts highlighted some real challenges that are likely to emerge based on Trump’s new strategy. For instance, how can Trump sell budget and policy planning to Congress if this war has no deadline?
"We are not nation-building again," the president promised. "We are killing terrorists." However, since battles have broken out in places with little effective governance, experts warn that it seems inevitable that the US will influence Afghanistan’s political development.
Miller questioned whether Trump was clear about how he would persuade Pakistan and India to cooperate with his South Asia strategy, which includes both countries increasing involvement in Afghanistan. 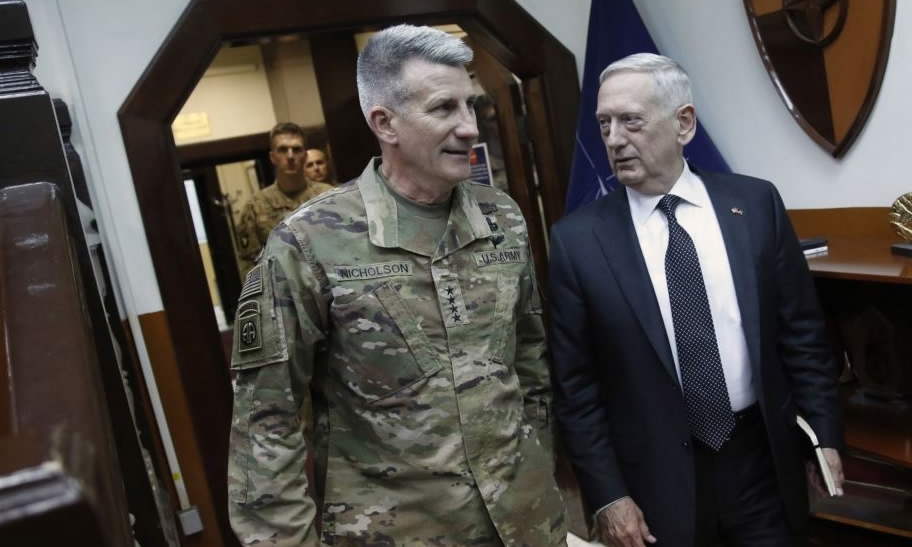 US Defense Secretary James Mattis (R) and US Army General John Nicholson (L), the top US commander in Afghanistan, arrive to meet with an Afghan defense delegation at Resolute Support headquarters in Kabul on April 24, 2017. /AFP Photo

US Defense Secretary James Mattis (R) and US Army General John Nicholson (L), the top US commander in Afghanistan, arrive to meet with an Afghan defense delegation at Resolute Support headquarters in Kabul on April 24, 2017. /AFP Photo

Pakistan has expressed disappointment at Trump’s criticisms. In a statement, the Pakistani Foreign Ministry said the US should not ignore Pakistan’s enormous sacrifices to counter terrorism. It argued US military action in Afghanistan has not brought peace, and is not likely to do so in the future.
There is still no clear end in sight for US involvement in Afghanistan. Trump has clearly decided a quick exit from Afghanistan is not feasible and no president wants to accept defeat.
And, another factor could be at play. Many experts believe war has become institutionalized for the US. Andrew Bacevich, a professor at Boston University, said: "Like other large-scale government projects, war now serves as a medium through which favors are bestowed, largess distributed and ambitions satisfied."