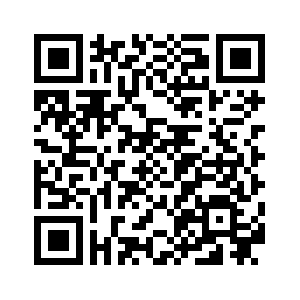 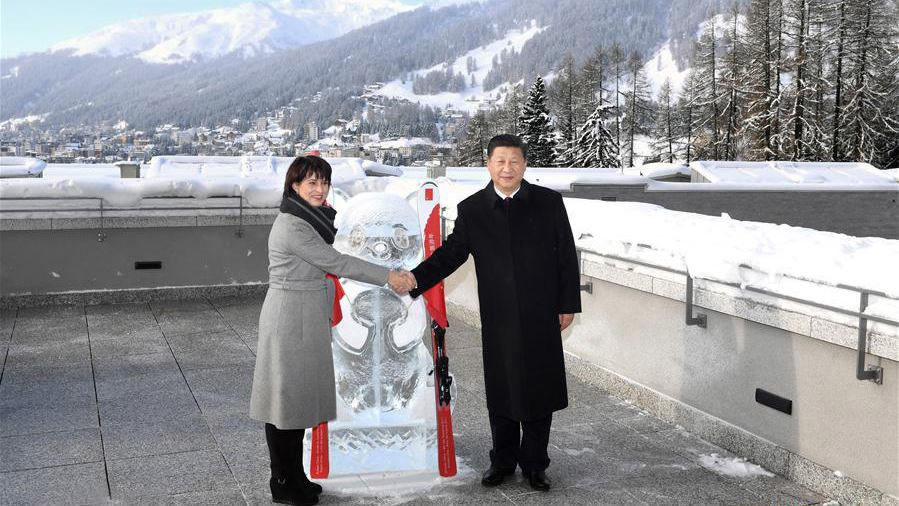 ‍Guest commentary by Wang Shuo‍
Chinese President Xi Jinping is paying a visit to Switzerland, where he participated in the World Economic Forum in Davos. Switzerland is a small country, but has a special status and a longstanding relationship with China. In 2016, the countries established an innovative partnership. President Xi’s first state visit of 2017 has attracted worldwide attention and has important meanings. 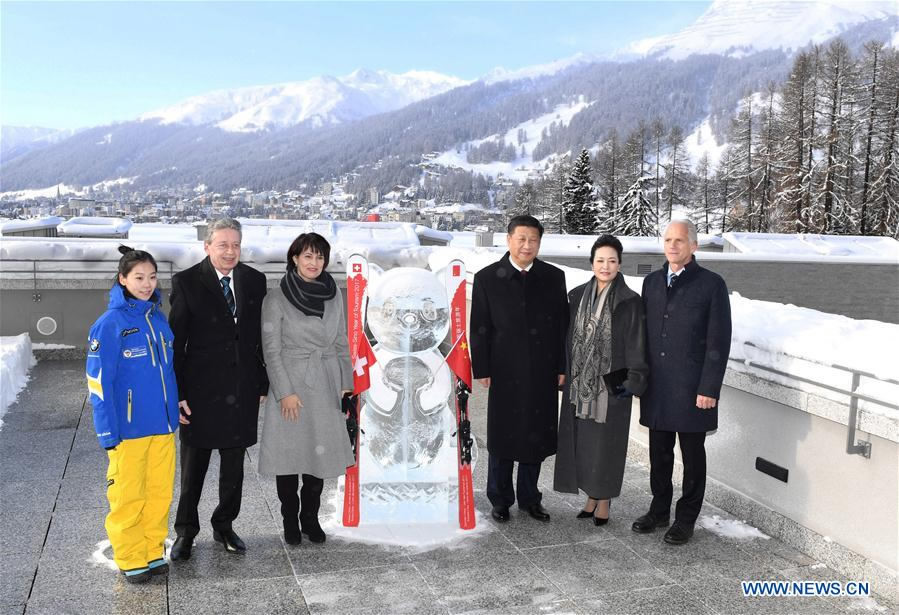 The first is to explore a new path of growth. At present, the world economic recovery is still weak, and promoting growth is the top priority of all governments. Innovation is just one of the most important pillars of growth. Switzerland’s highly developed economy has been ranked first in the Global Innovation Index for many years. The aim of Xi's visit is to push forward bilateral cooperation on the existing basis and explore a new path for the world by focusing on innovation.
The second is to explore a new way of cooperation. The impact of the financial crisis is still continuing and is diffusing from the economic level to the social and political levels. In many Western countries, protectionism and populism are rising. So globalization is experiencing a hitherto unknown challenge, and the world is standing at a crossroad of choices. As a multilingual, multicultural, multi-ethnic federal state, Switzerland has a commendable performance on social governance. And China and Switzerland, both important manufacturing countries, are also staunch supporters of free trade. A free trade agreement (FTA) was built up and last year Chinese enterprise finished a 42 billion US dollar acquisition of the Swiss company Syngenta - by far the biggest Chinese overseas acquisition. Xi's visit will help boost this cooperation model for European countries and other Western nations, and inject further positive energy into globalization. 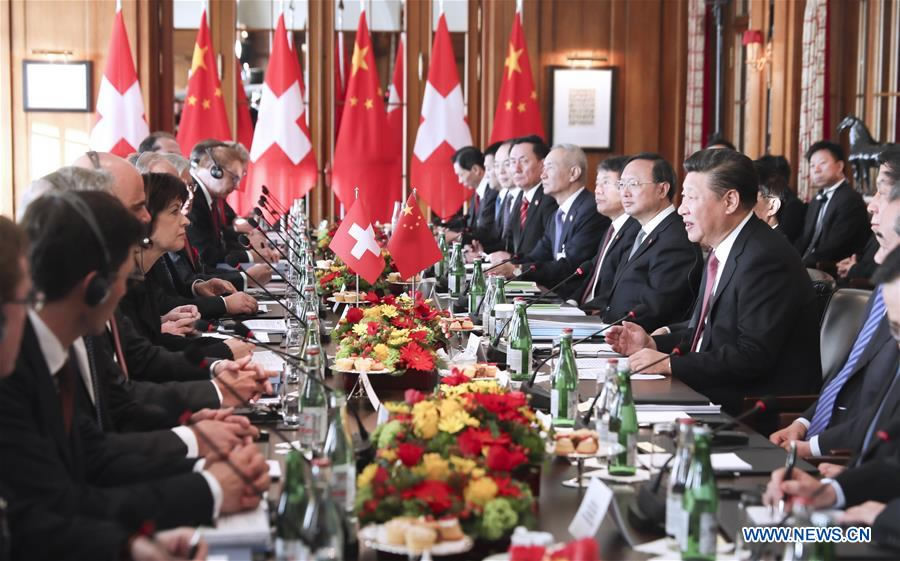 The third is to explore a new road of development. As a permanently neutral country, Switzerland is host to a large number of international organizations and plays an important role in both peaceful dispute settlement and humanitarian aid. China is a peace-loving country and always stands for a multi-polar world, and Xi is putting forward the concept of the “global fate community.” In the current uncertain global situation, all countries need to seek common ground, strengthen cooperation and jointly face difficulties. Switzerland provides a good platform for Chinese multilateral diplomacy and to explore common development.
The theme of the Davos forum this year is leadership. We have enough evidence to believe that Xi's visit to Switzerland will further promote innovation-driven growth, win-win concept for cooperation and the fate community concept for development, and also display a responsible big country's image to the world. As Xi himself stressed: "China is a development opportunity to the world; China not only benefits from economic globalization, but more is a contributor".
(Wang Shuo, Deputy Director, Institute of European Studies, China Institutes of Contemporary International Relations. The article reflects the author's opinion, not necessarily the view of CGTN.)
7956km