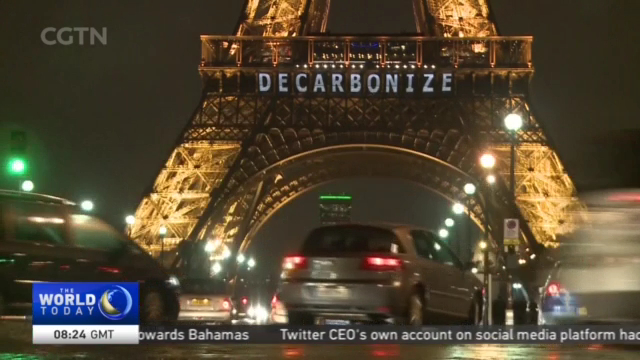 Economists are warning that climate change is not just an environmental emergency, it could put a dent in global GDP. A new study from the IMF, the University of Cambridge and the University of Southern California predicts that unless we slow down the effects of climate change, GDP per capita will drop significantly across the world. CGTN's Giles Gibson has more.
When scientists warn of the dangers of climate change, they often speak about devastation to the planet's ecosystem. But now researchers are warning that, if climate change is left unchecked, GDP per capita will fall by 10.5% in the U.S., 4.4% in China and 4.6% in the European Union over the next 81 years due to rising global temperatures. In the US, temperatures are rising faster than many other countries and that could damage its vast agriculture industry. Environmental groups say farmers could help fight climate change, switching to "carbon farming" processes that suck carbon dioxide out of the atmosphere and store it in the soil. But according to the American Farmland Trust, the U.S. has lost 31 million acres of agricultural land over the last twenty years.
JIMMY DAUKAS, SENIOR PROGRAM OFFICER AMERICAN FARMLAND TRUST "We're losing it to urban development, but we're also losing it to sprawling development and fragmented development. And that's going to increase the pressure on 'ag land', with less 'ag land' available to deal with the impacts of climate change."
However, if major nations could stick to the terms of the 2015 Paris climate agreement, the forecast improves dramatically.
DR. KAMIAR MOHADDES UNIVERSITY OF CAMBRIDGE "To put it into perspective, the U.S. economy loss, which is about 10%, would be reduced to about 2%. In China, the loss under the business-as-usual scenario is around 4%, it would be reduced to around 0.5%. So there is a huge reduction in losses, a substantial reduction in losses, if we are able to commit to the Paris agreement."
These researchers say they hope their economic warnings will catch the attention of the leaders of the world's advanced economies.
GILES GIBSON WASHINGTON "But here in the U.S., it's been more than two years since President Donald Trump pulled his country out of the agreement. The researchers say would drastically reduce the impact of climate change on GDP. Giles Gibson, CGTN, Washington."
SITEMAP
EXPLORE MORE
DOWNLOAD OUR APP