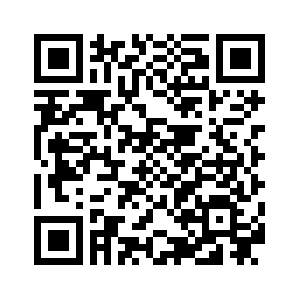 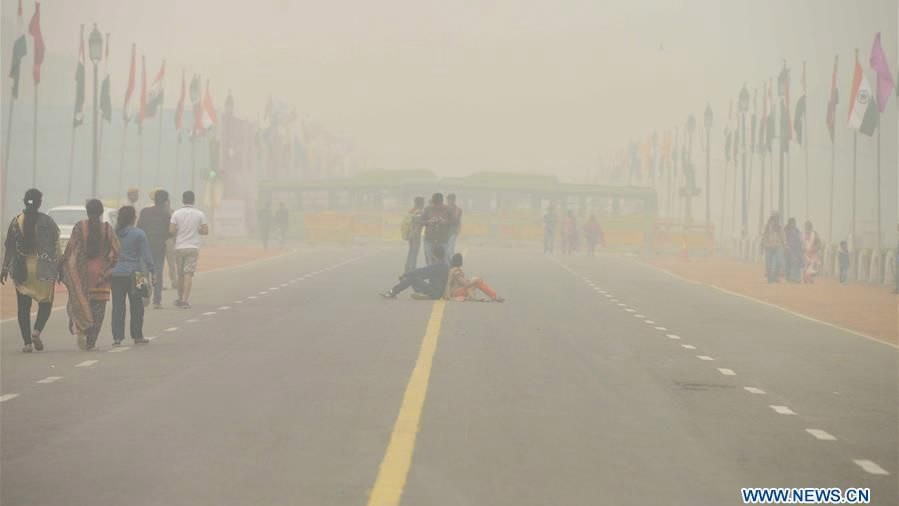 Rising pollution levels are slowly changing ancient cultural practices and festivals in Asian countries.
India’s Supreme Court on Monday restored the ban on the sale of firecrackers in Delhi and its adjoining areas known as the National Capital Region (NCR). The court in the ruling observed that there was “direct evidence of deterioration of air quality at alarming levels" that leads to suffocating smog every year.
Interestingly, the petition to ban crackers during the festival season in order to control pollution was filed by three children, Arjun Gopal, Aarav Bhandari and Zoya Rao Bhasin.
Last year, during Diwali, the level of PM2.5 - a fine particulate matter, as well as one of the most dangerous pollutants - had increased 14 times the prescribed level. Smog had also lowered the visibility level leading to flights and trains getting delayed or cancelled.
Diwali is one of the biggest Indian festivals and is celebrated across the country. The festival boosts the sales at markets, and long distance trains and flights are fully booked a month ahead of the festival.
Diwali is not the only festival that leads to severe pollution in India. Pollution control boards in various states are looking for creative ways for idols to become 'green' during the Durga Puja celebrations.
On the last day of the festival, millions of idols painted with toxic paints are immersed in local rivers, contaminating the waters.

According to a research paper called ‘Analysis of air pollution during a severe smog episode of November 2012 and the Diwali Festival over Delhi,' the fireworks are 75 percent potassium nitrate, 15 percent carbon and 10 percent sulphur.
“On igniting the firecrackers, the potassium nitrate present in these fireworks releases pollutants such as SO2, NO2, and PM10, increasing their concentrations and massively degrading the air quality for a short time, which is associated with serious health impacts,” research paper warns. 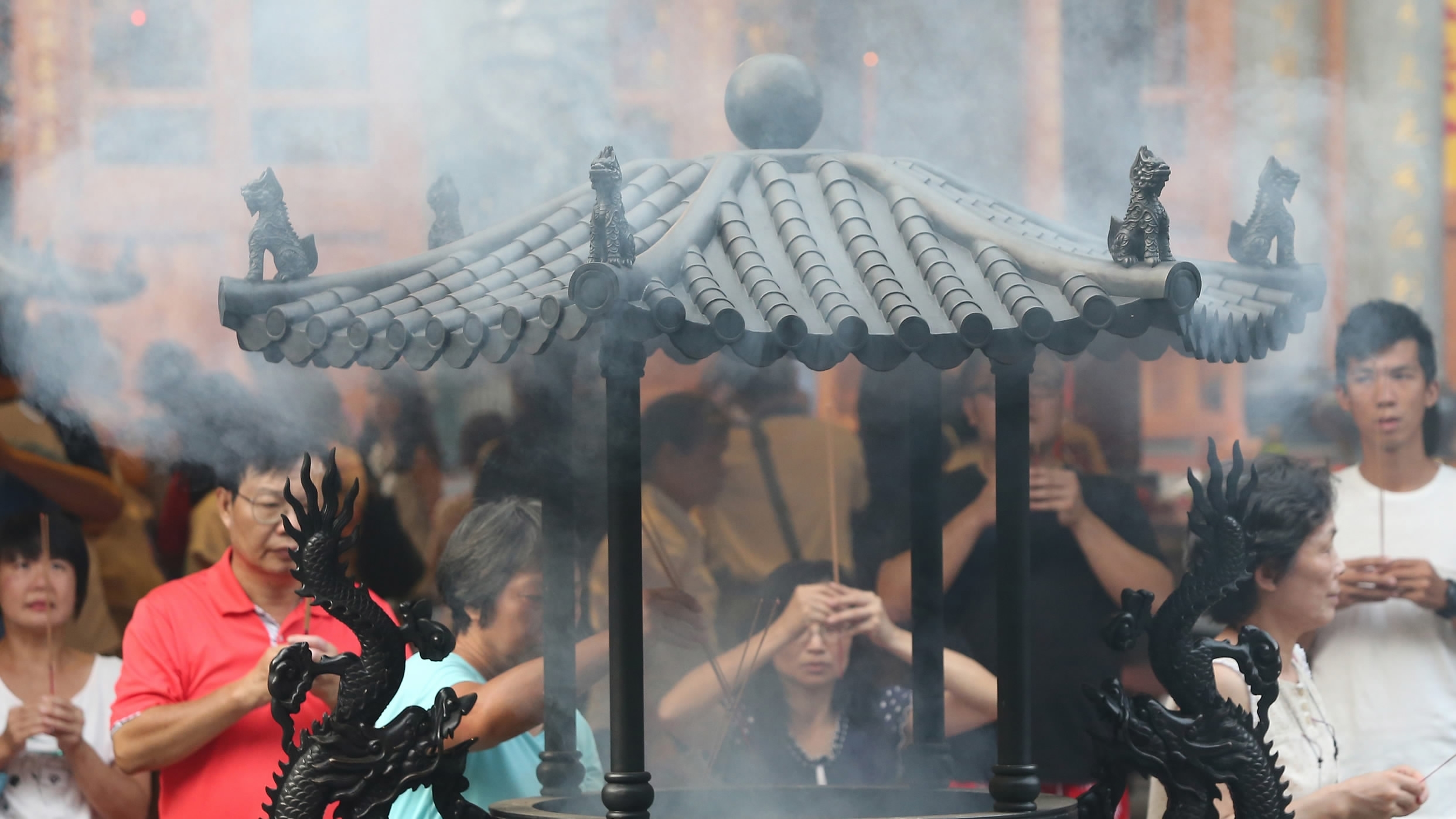 Taoism and Buddhism are the predominant faiths in Taiwan, each with millions of followers and with worship centering around temple visits and festival events. / CFP Photo

Taoism and Buddhism are the predominant faiths in Taiwan, each with millions of followers and with worship centering around temple visits and festival events. / CFP Photo

“There are many reasons for pollution spikes in Delhi. It includes crop burning in Punjab, vehicular and industrial pollution, crackers burning dangerously increase the pollution level over a short period of time. We need to curb the sources of air pollution in a phase-wise manner,” Manju Mohan, head of the Centre for Atmospheric Sciences, India Institute of Technology told CGTN.

Severe pollution during festivals is not limited to India. Singapore also witnesses spiraling pollution levels during Tomb-Sweeping Day - also known as the Qingming Festival - which is observed by Buddhists and Taoists. Followers’, as a part of the festival, ritually burn incense and paper clothes in bags or boxes.
In a study, researchers at Nanyang Technological University (NTU) found that PM2.5 spikes to nearly 18 to 50 times the average level during the festival. Pollutants from burning bags and boxes include lead and tin, leading to severe health issues, including respiratory and cardiovascular diseases.
Rising pollution levels have forced religious institutions like Singapore's Kwong Wai Siew Peck San Theng columbarium and Kong Meng San Phor Kark See Monastery to enforce environmentally-friendly rules. While the former has installed a green incinerator, the latter no longer allows for the burning of paper.
Disturbed by the same kind of pollution, one of the famous Taoist Hsing Tian Kong temples in Taipei banned worshipers from burning incense and papers. Some of the temples have also started collecting papers from the worshipers and directing it to incinerators to burn them. 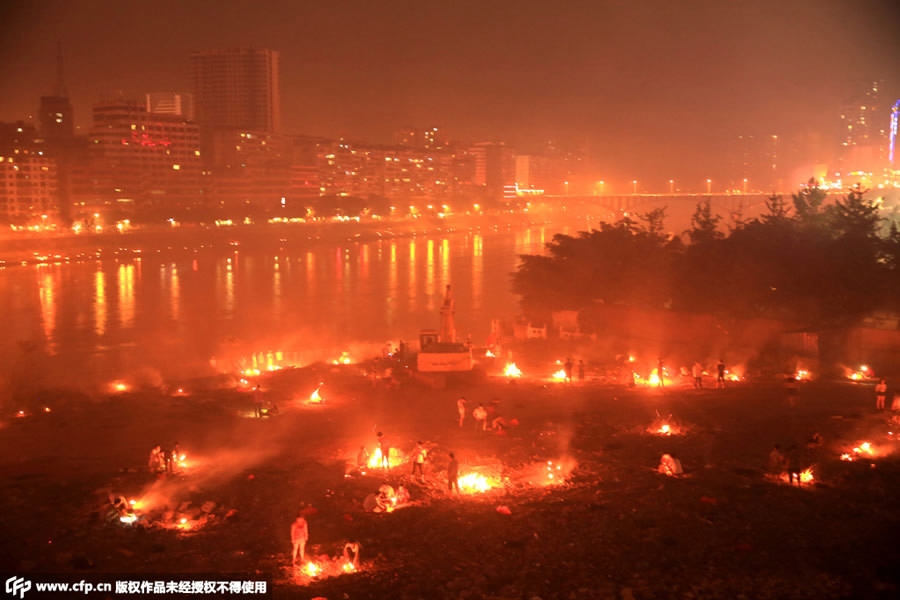 In May this year, the northeastern Chinese city of Harbin also banned the century-old tradition of burning fake currency notes, animal figures made of papers and similar products to control air pollution. Fake currency notes are burned as an offering to the deceased as a part of the tradition.
Authorities have also declared that they will impose a penalty of no less than 200 yuan, but also no more than 1,000 yuan, on those breaking the rules. It also restricts manufacturers from producing such funeral materials.
New Delhi had been experimenting for a long time to curb its air pollution. Last time, it implemented an odd-even car formula. Now, a firecracker ban during Diwali is seen as a significant decision to control smog during the winter season.