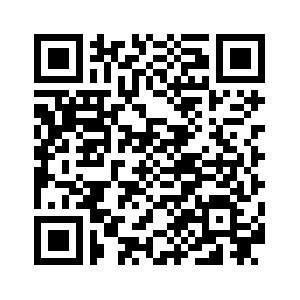 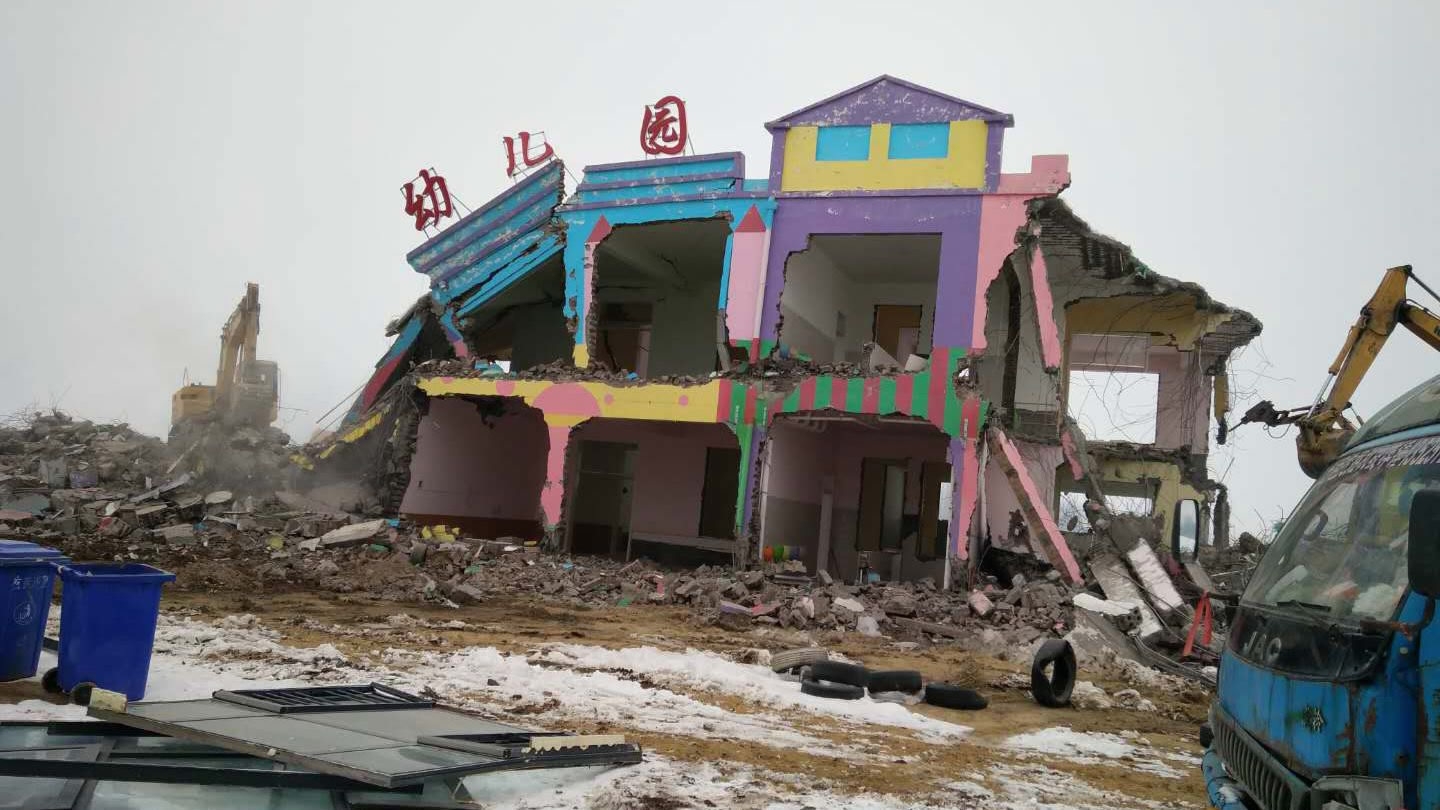 Thousands of children in a central Chinese city have been forced out of a school that was bulldozed by local authorities during a crackdown on illegal buildings.
According to business news outlet Caixin, the government in Zhoukou in Henan Province began the clampdown last August and has since demolished more than 40 private schools and kindergartens in local counties of Huaiyang and Luyi. A class full of kids before the kindergarten was demolished. /Photo provided to CGTN

A class full of kids before the kindergarten was demolished. /Photo provided to CGTN

The schools were deemed illegal rural land development as they were not documented by previous satellite imaging.
Li, who lost her private kindergarten to the campaign days ago, told CGTN she had invested more than 13 million yuan (1.99 million US dollars ) to build the school from land rented from local farmers. She also paid a fine to the local land resource administration when she started the project in 2016. But that did not protect her school from being reduced to rubble. A school-bus parked beside a demolished kindergarten. /CGTN Photo

A school-bus parked beside a demolished kindergarten. /CGTN Photo

China faces an alarming deficiency of educational resources in rural areas. While more and more families are able to send their kids to outside counties and cities for better education, a substantial number are left behind in the countryside.
And due to a lack of investment in public institutions, particularly preschools, parents often have to rely on private kindergartens.
That is the case in Zhoukou. A migrant worker who returned home after hearing her child had no school to go to, told CGTN that she paid around 2,000 yuan (307 US dollars) per year, four times the fee for a public kindergarten, for her child at a facility that has now been demolished. 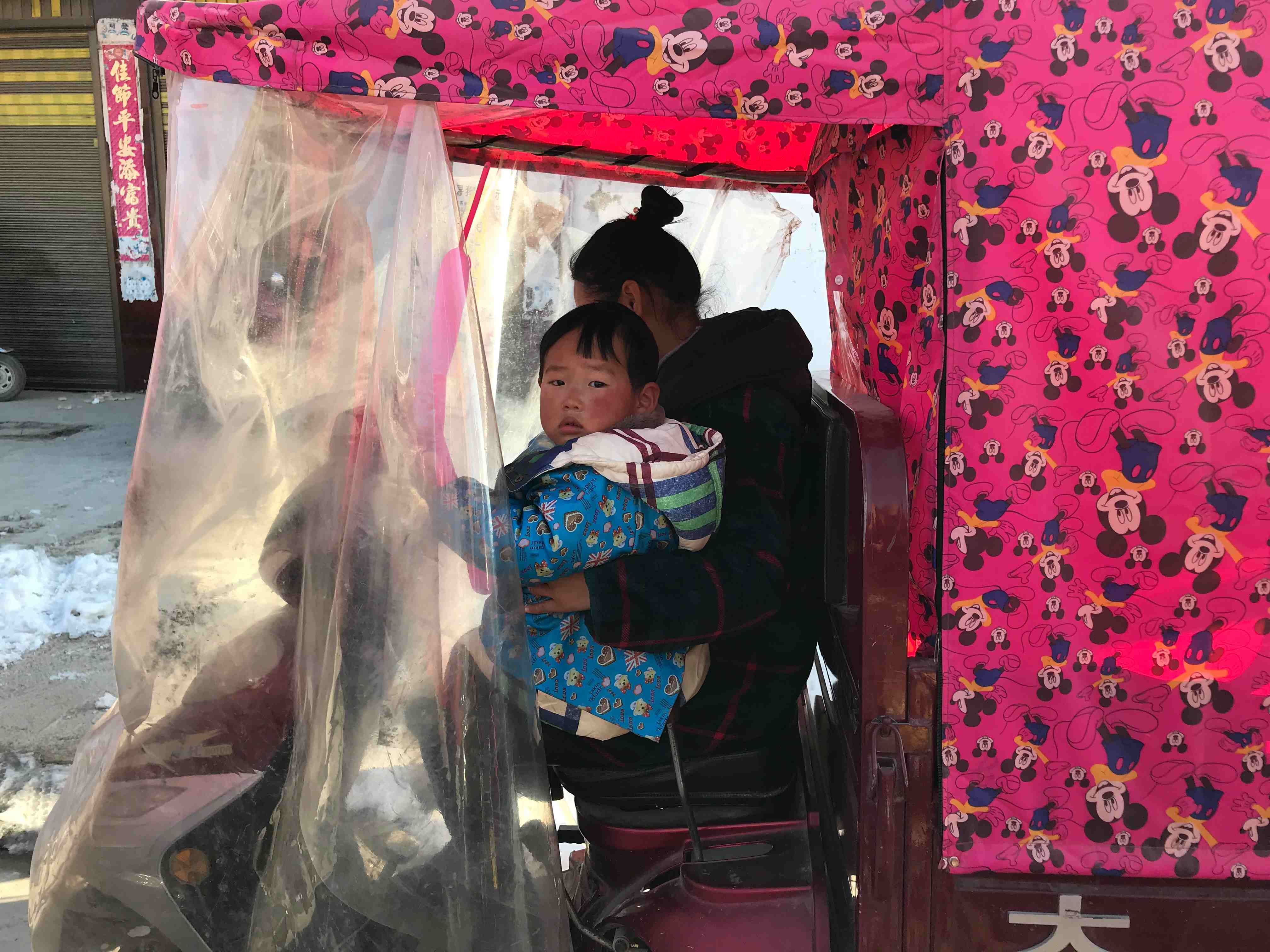 But without a land use license or financial support granted by local governments, private investors are often left on their own.
Li and another kindergarten founder Liu, whose school now also lies in ruins, said they had hoped to improve preschool education in the rural areas by building better infrastructure and hiring more professional teachers, but they are now devastated. 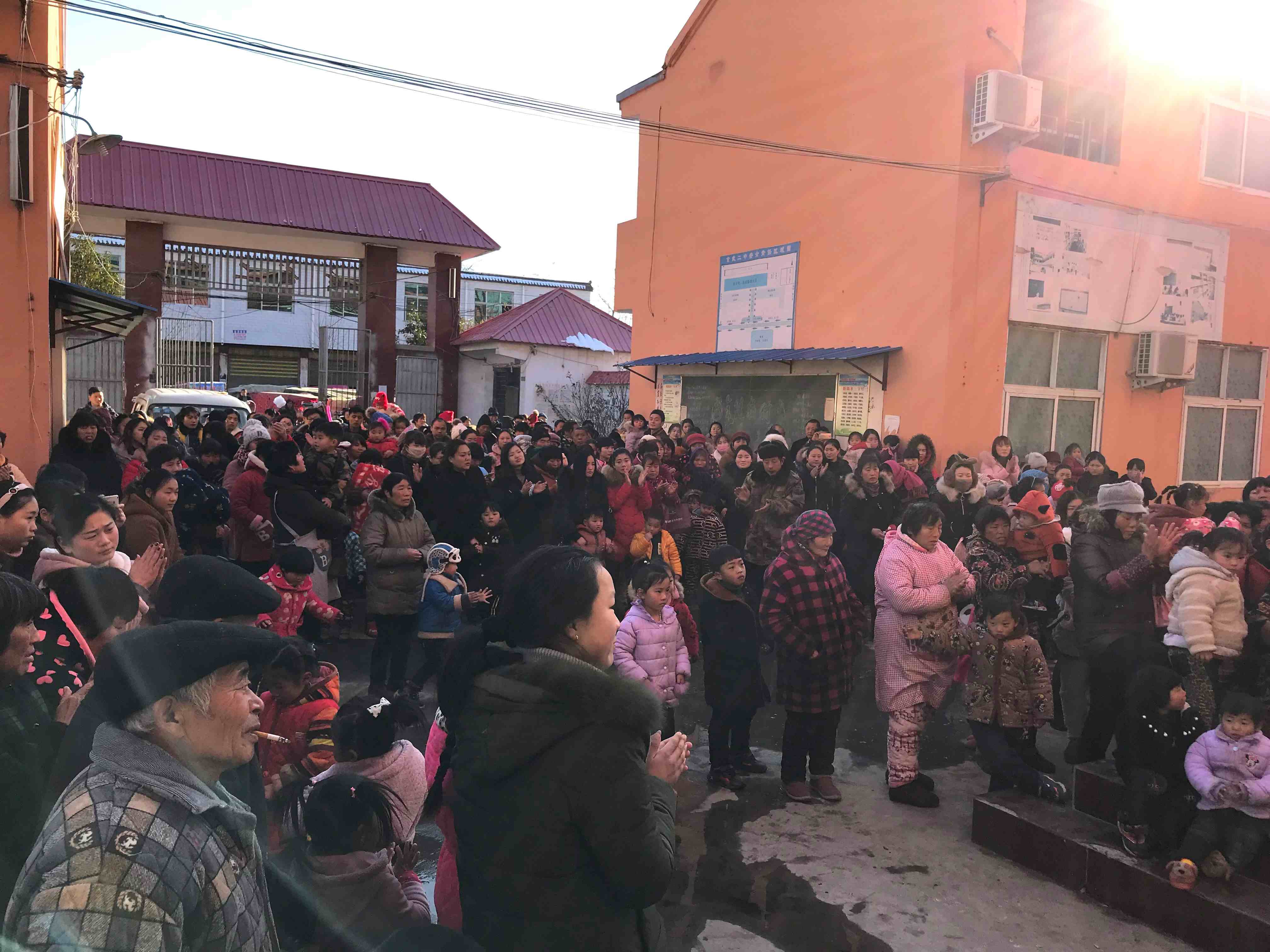 Preschool kids with their grandparents wait for an explanation after their kindergarten was torn down. /CGTN Photo

Preschool kids with their grandparents wait for an explanation after their kindergarten was torn down. /CGTN Photo

Local educational authorities have offered a deserted middle school to temporarily host the 364 children at Liu’s kindergarten, before constructing a new public one in its place, but many parents who talked to CGTN said they remained undecided about what to do next.
Some other buildings such as factories, hospitals and residential buildings were also targeted during the campaign.