A healthy economy but questions over future policy for Fed
CGTN 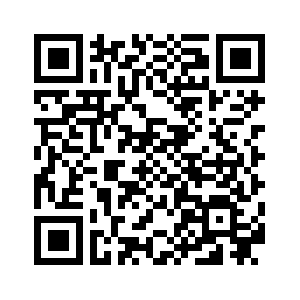 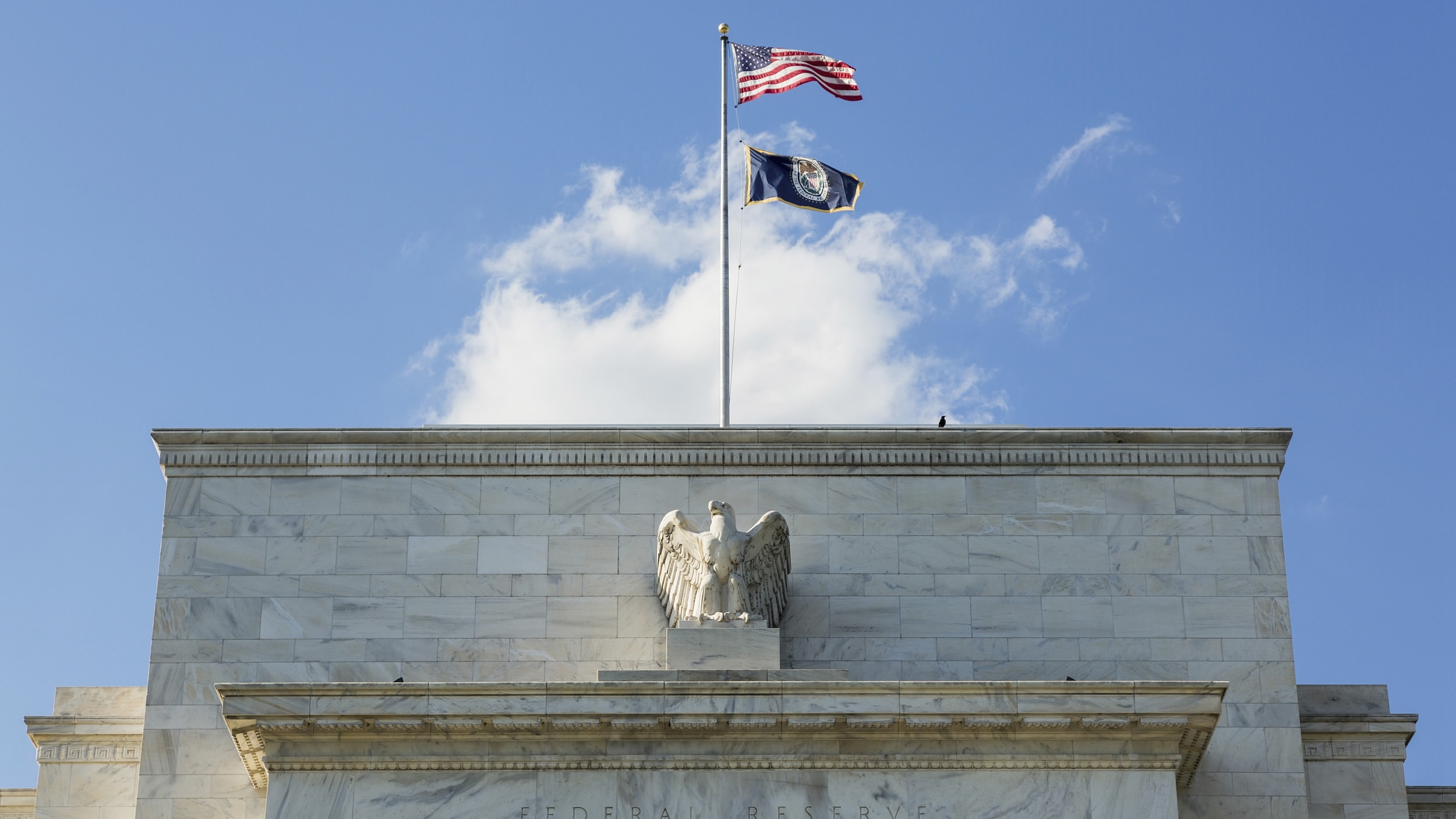 When Janet Yellen’s term expires in February, US Federal Reserve Governor Jerome Powell will inherit healthy economic growth and a consensus on monetary policy, for the next few months at least,  if he is confirmed by the Senate as the next Fed chair.
But he will also inherit Yellen’s unfinished business: Unresolved questions in economics about why inflation is so low, the role of financial market conditions in setting monetary policy and the way to fight recessions if interest rates stay low. 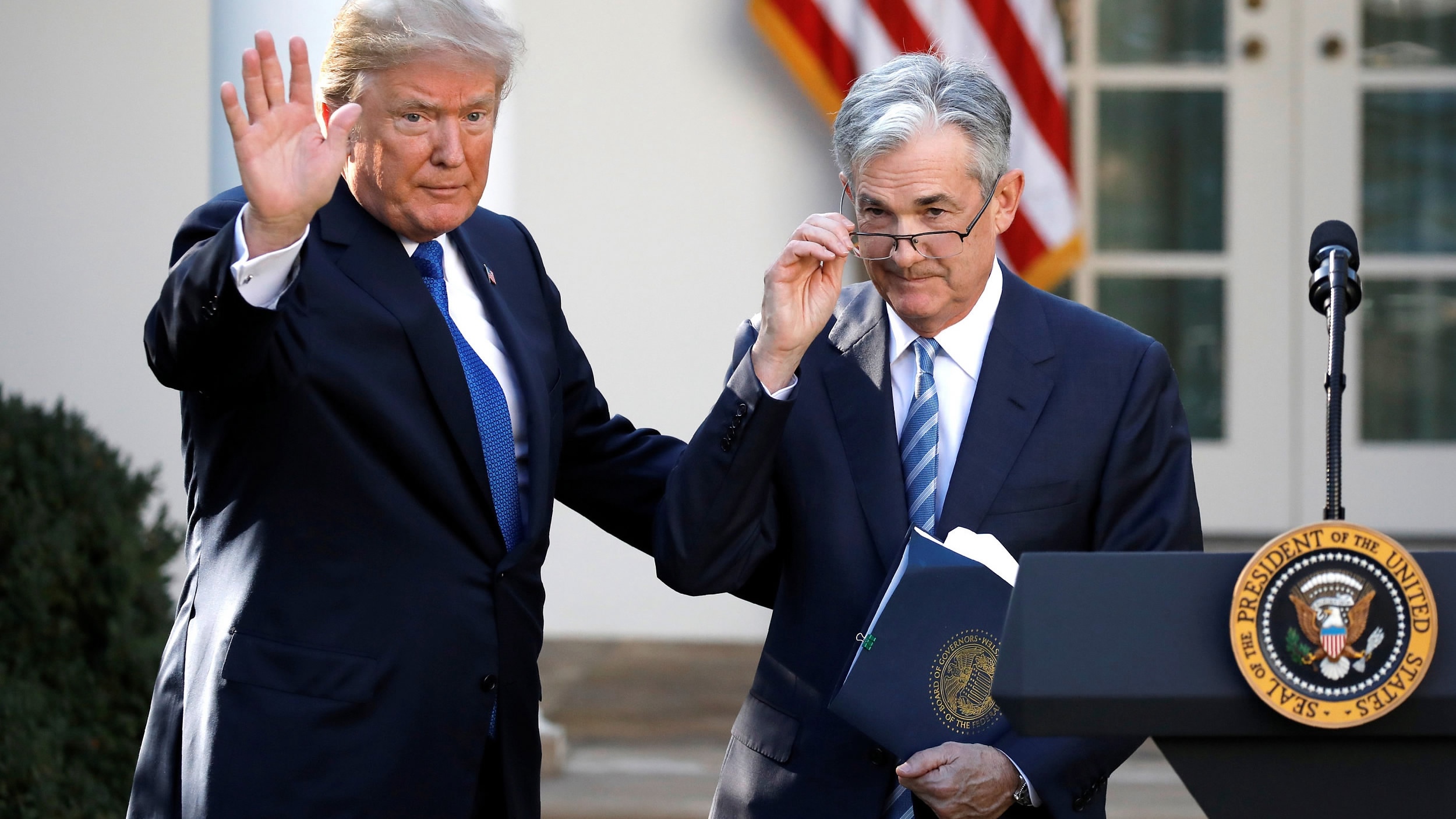 US President Donald Trump with Jerome Powell, his nominee to become chairman of the US Federal Reserve at the White House in Washington, US, November 2, 2017./VCG photo

US President Donald Trump with Jerome Powell, his nominee to become chairman of the US Federal Reserve at the White House in Washington, US, November 2, 2017./VCG photo

The debates will leave Powell, a 64-year-old lawyer mediating among the economists on the Fed’s research staff, 12 regional reserve bank presidents – of which seven have doctorates – and colleagues like Lael Brainard, who would be the only other professional economist on the board currently, if Yellen was to leave the Fed’s board also once she relinquishes the chair.
While Yellen’s term as Fed chair ends in February 2018, her term as a governor on the Fed board runs until 2024.
And unless the US's near record-setting 101-month economic expansion lasts another four years, Powell may have to confront a recession for which many feel the central bank is unprepared.
Powell will “have regulatory issues at heart,” said Axel Merk, president and portfolio manager of the Merk Hard Currency Fund, in Palo Alto, California.
“The question is, what is he going to do in a crisis? Who will he rely on? I have no doubt about his intellect or integrity or anything like that but he might think it’s easier than it is.”
Powell, a Fed board member since 2012, will be the first Fed chair without an advanced economics degree since William Miller, whose short-lived chairmanship in the 1970s saw inflation spiral out of control. 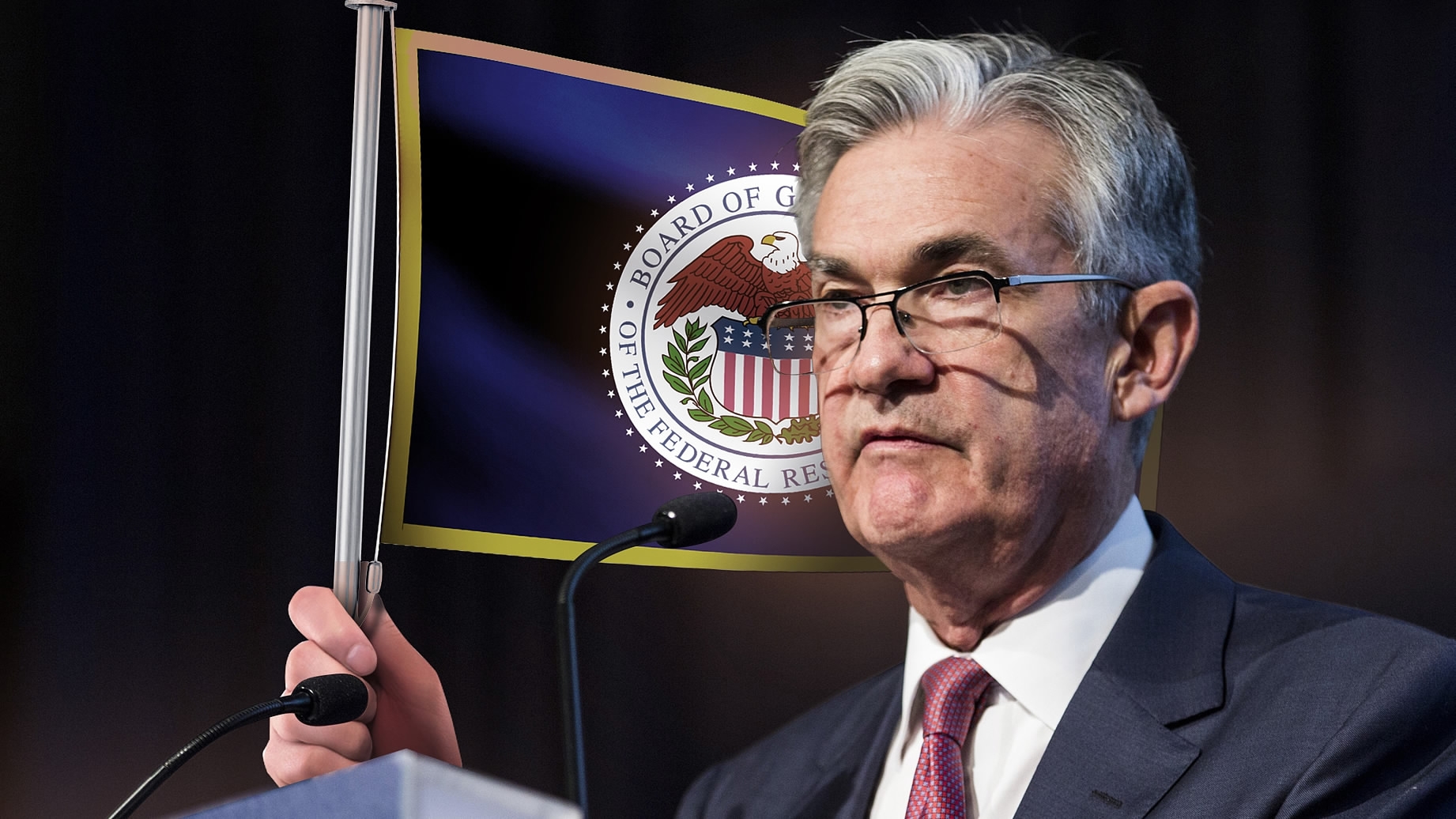 In the short term, we are all good

Though confident about the short-term economic outlook and monetary stance, policymakers are concerned that persistently low inflation in recent years may mean the economy could slide back into a recession more easily than in past years.
In the meantime, steady growth in payrolls and low unemployment, as evidenced by Friday’s US jobs report, indicate an expansion that is still on track.
But some analysts note that the continued narrow gap between short term and long term interest rates, or the flat “yield curve," suggests doubt in markets about the economic future.
If interest rates stay low, the Fed will have limited room to combat a downturn with rate cuts before they hit zero which could force the use of bond buying again or more controversial tools like negative interest rates.
Though Powell has arguably become more of a policy “dove,” favoring easy money, since he joined the consensus that Yellen developed, the next crisis could put him in an unenviable position. As a Republican, serving alongside a Republican president and what is currently a Republican congress, he would be forced to mull policies that conservatives in the GOP have often opposed.
“One area of concern is whether a Powell-led (Federal Open Market Committee) would be as aggressive or proactive as a Yellen-led FOMC would be... in terms of confronting recessionary shocks,” said former Minneapolis Fed President Narayana Kocherlakota, who is now an economics professor at the University of Rochester.
Federal Reserve Chairman Janet Yellen speaks during a news conference after a two-day Federal Open Markets Committee (FOMC) policy meeting, in Washington, US, September 20, 2017. REUTERS/Joshua Roberts
He added that Powell, early in his term as Fed governor, “displayed uneasiness with unconventional monetary policy.”
That “uneasiness” gave way over time to support for Fed policies which recognized that the scars from the 2008 financial crisis and recession needed time to heal, a process Powell has said he is committed to seeing continue.
But the outcome may depend on who is around him, and who he finds convincing.
A Vast technocracy
Yellen relied on thinking from inside and outside the central bank as she methodically worked through issues like whether people unemployed over the long term would ever return to work, and whether the mechanics of inflation have changed since the 2007-2009 financial crisis, a still unresolved issue. 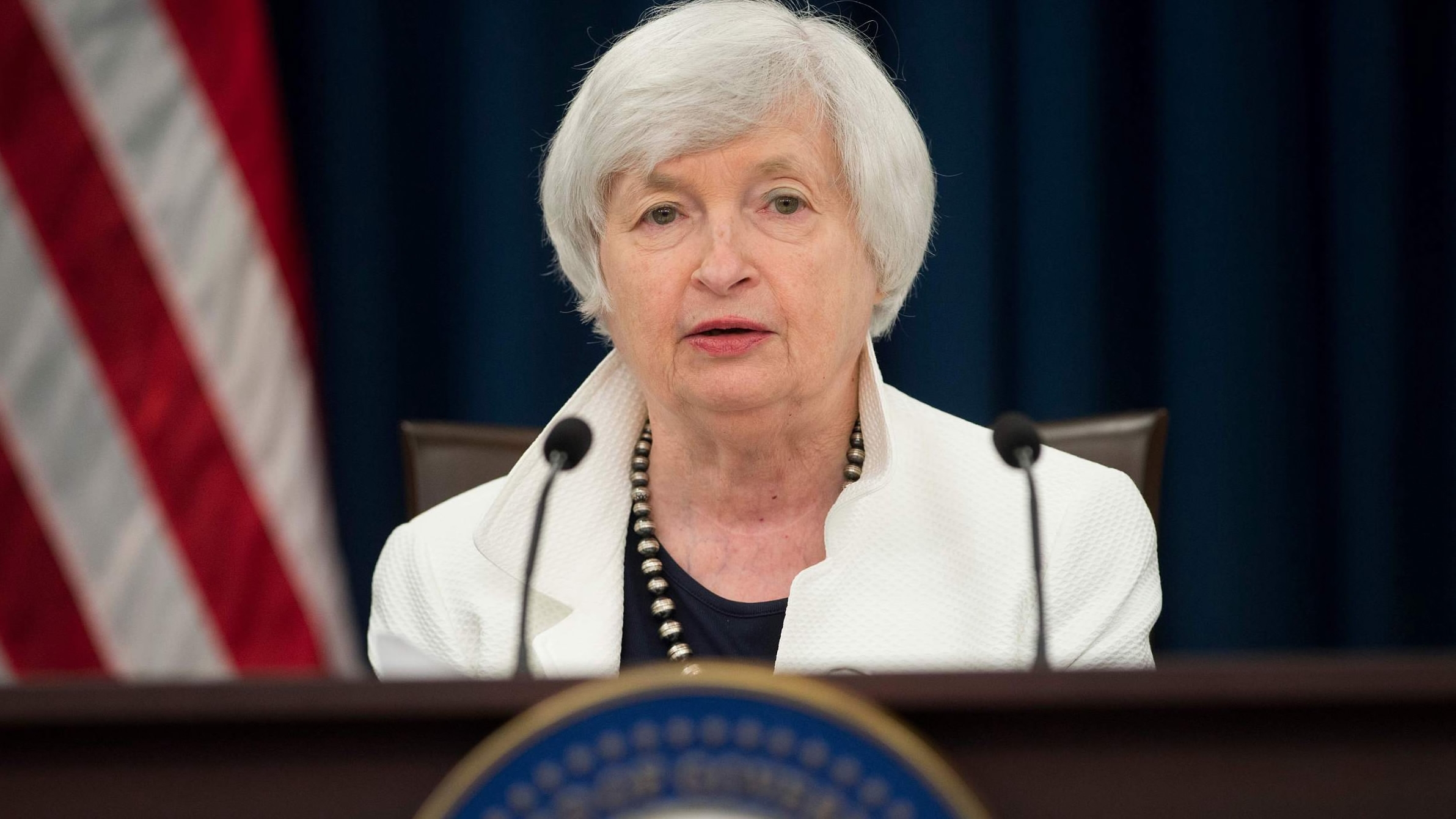 Yellen’s core speeches, delivered at venues like the annual Jackson Hole, Wyoming research conference, typically included dozens of footnotes citing the work of Fed staff, and articles from peer-reviewed economic journals.
Her grounding in economic research helped her steer the policy debate in favor of the Fed’s slow pace of interest rate increases, based on her perception there was still weakness in corners of the job market missed in headline figures like the unemployment rate.
Just as her predecessors used similar insights about financial markets and productivity to shape policy on their watch, Yellen’s understanding of labor markets led her to the view that unemployment could fall much lower than expected without generating inflation.
Powell will now have to prove he can draw similar insights from the Fed’s network of talent, and mold that into a policy.
There will be other risks along the way. If the tax bill being debated in Congress is not structured properly, for example, Fed officials are concerned it could be inflationary, and force them to raise rates more quickly than otherwise.
A new chorus
Some of the key voices in the monetary policy debate are also still unknown.
Trump can name three more Fed board governors, and a fourth if Yellen, when her term as chair expires, also gives up her seat on the board. One of them will serve as Powell’s vice chair.
Top Trump economic adviser Gary Cohn said on Friday that consultations with Powell would begin soon on the vacancies with a choice made by year end.
“He might seek candidates with expertise in the theoretical underpinnings of monetary policy” to complement his expertise in markets developing during a career in investment banking, Barclays analysts said.
“The most important question is the conduct of monetary policy during the next downturn. There has been significant criticism from Republicans. As a result, it would be reasonable to question whether the reaction function in the next downturn includes unconventional policies."
Source(s): Reuters