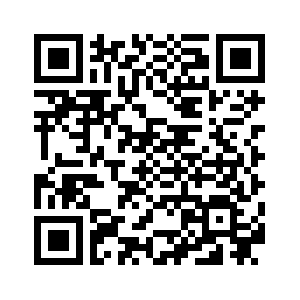 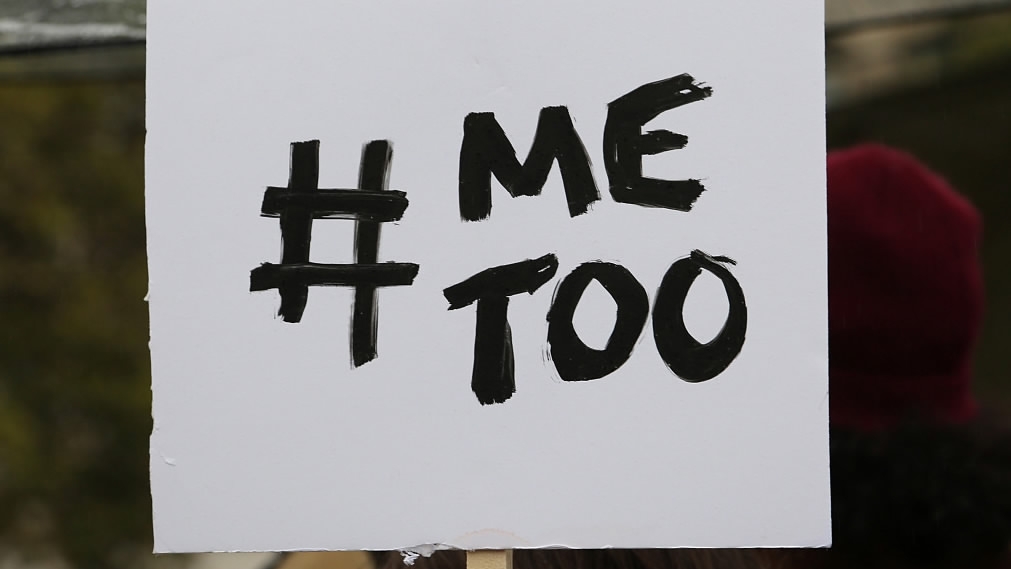 An open letter from an anonymous citizen posted on China’s Quora-like question-and-answer website Zhihu.com on Friday afternoon, accused a professor at the University of International Business and Economics (UIBE) of sexual harassment and unwanted physical advances since 2016.
Addressed to the leaders and professors of UIBE, the netizen claiming to be a student at a Beijing university said Professor Xue Yan of the School of Statistics sexually assaulted her in his office in 2016, leaving her sweater torn.
Xue later sexually harassed the student through WeChat messages, where they spoke of the incident, according to the open letter. He also threatened to turn her life at the university into “a nightmare” after being refused. Screenshot of the anonymous open letter on Zhihu.com /Photo via Zhihu.com

Screenshot of the anonymous open letter on Zhihu.com /Photo via Zhihu.com

The author of the letter said she attempted to confront the professor and ask for an apology and promises that the harassment would stop in 2017, but was told that Xue was in the US on a project.
“So I have to send emails to the professors and leaders of the university, asking for justice,” she said. “I don’t know whether there were other students who have the same experiences as me. If so, I hope you could step forward like Luo Xixi from Beihang University, and disclose Xue Yuan’s hideous behavior and prevent more students from being harmed,” wrote the author, referencing an academic who accused her former professor of sexual abuse.
Along with the open letter, she attached several screenshots of the WeChat messages with Xue as evidence, and claimed that the emails were also sent to discipline inspection sectors as well as several ministries.

Later on Friday, UIBE issued a statement on its official Weibo account, saying that the university’s disciplinary inspection office had received the letter, and an investigation is underway.
In the statement, UIBE said they have summoned Xue Yuan from abroad and promised that the result will be made open to the public.
The incident occurred only hours after the results of an investigation into sexual harassment at the prestigious Beihang University were announced. In this case, Luo Xixi, an academic with a PhD from Beihang University, disclosed her experience of being sexually harassed by one of her professors, Chen Xiaowu, when she was studying there 12 years ago.

In her real-name reporting, Luo recounted what happened to her over a decade ago on Sina Weibo, a Twitter-like social media platform in China. The post gained over three million views within a day, and triggered a heated online debate.
Shortly after her report, Beihang University announced that the professor in question was suspended from his post and was being investigated.
The university announced on Friday morning that the investigation confirmed Luo’s allegations that Chen Xiaowu had sexually harassed students. The university has removed him from his teaching and administrative posts. 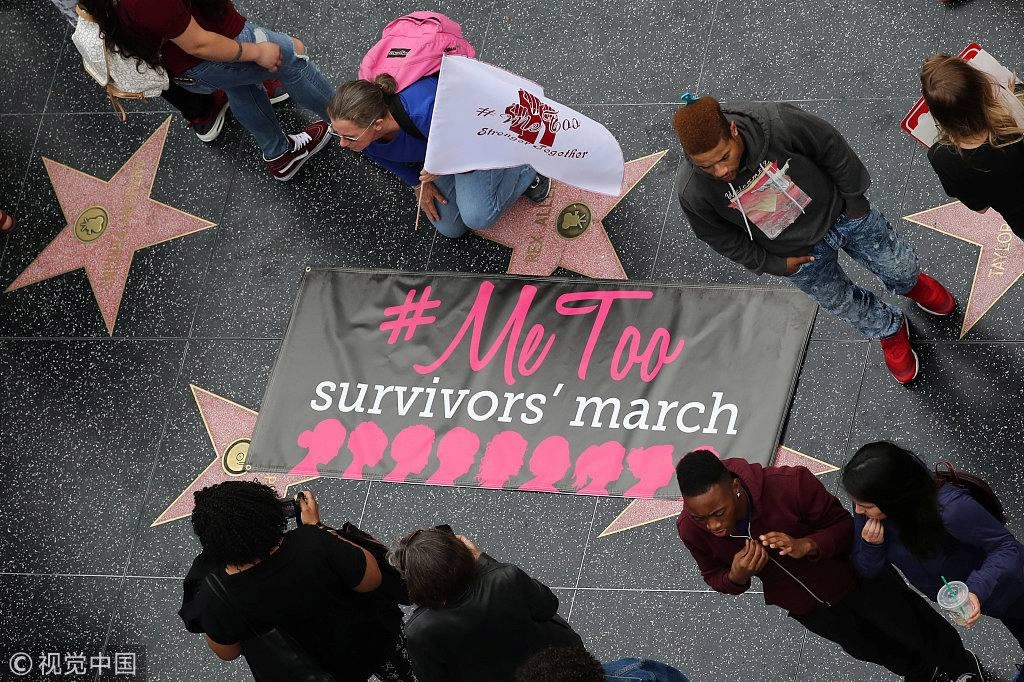 Women take part in a #MeToo protest march for survivors of sexual assault and their supporters in Hollywood, US. /VCG Photo‍

Women take part in a #MeToo protest march for survivors of sexual assault and their supporters in Hollywood, US. /VCG Photo‍

Luo Xixi’s public account of being sexually harassed was seen by many as the first step of the #MeToo movement spreading to China. The anonymous netizen said she was also encouraged by Luo Xixi’s courage and Beihang University’s attitude in dealing with the incident.
Following a wave of accusations from prominent actresses against the predatory abuse of Hollywood mogul Harvey Weinstein, a campaign using the hashtag #MeToo encouraged women everywhere to share their own stories of sexual abuse. An avalanche of stories have taken down big names across many sectors including politics and sports.
The campaign has continued to make its way into other parts of the world. In China, it has started with universities.
Friday’s disclosure has already stirred a new round of debate on China’s social media, as nearly all the domestic news outlets and several media celebrities have either reported the incident or focused their attention on it, as well as the university’s response.
Many netizens took to Weibo to express their outrage.
“What happened to the professors? They are supposed to be respected, how could they become so obscene,” a Weibo user named @Laokexinzhiduoshao commented. 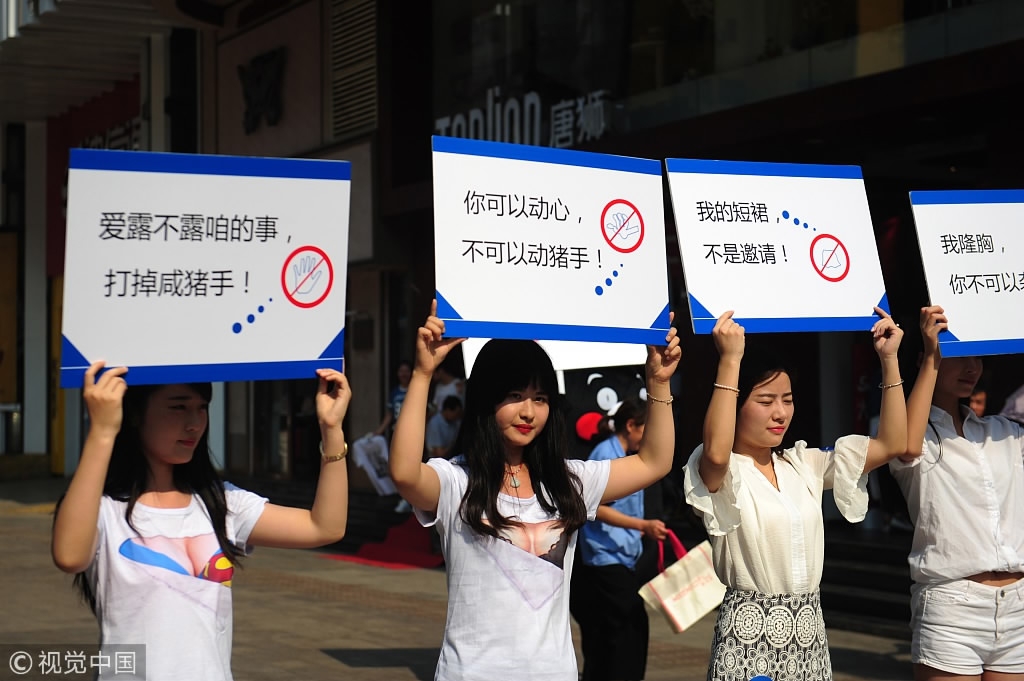 Weibo user @Zuihongchenqueen who claims to be a student at UIBE said in a Weibo comment that the university has been investigating the incident for days, after receiving the emails, adding that she believes the result of the investigation would soon be revealed to the public.
But there are also voices of suspicion, as the letter and evidence had been disclosed anonymously.
Despite the different voices, it still remains unclear whether the incidents will spark similar stories of sexual abuse in other universities or sectors, and to what scale.