Tunisia arrests another 150 including opposition leaders over unrest
CGTN 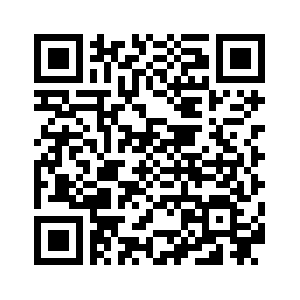 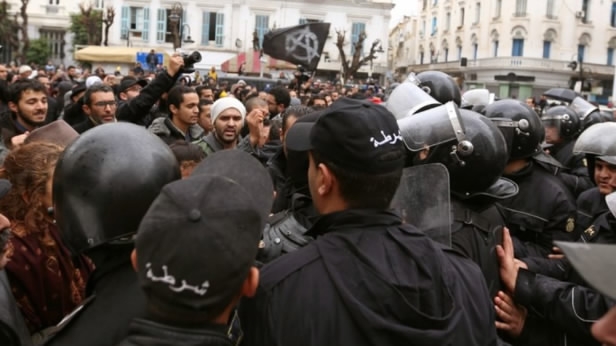 Tunisian authorities arrested another 150 people including local opposition leaders on Friday, bringing the total detained close to 800 in response to demonstrations this week against price and tax rises.
Protests, some violent, flared across Tunisia on Monday, when one protester was killed, before ebbing on Thursday. Protesters have burned dozens of state buildings, prompting the government to send the army into several cities and towns.
Activists and opposition politicians appealed for fresh demonstrations in the capital, Tunis, on Friday and on Sunday, the seventh anniversary of the toppling of authoritarian president Zine El-Abidine Ben Ali, the first leader to fall in the 2011 "Arab Spring" protests that swept the region.
On Thursday, unrest was limited to sporadic clashes in the northern city of Siliana, in Sidi Bouzid in central Tunisia and Douz in the south of the north African country. On Friday it was mostly quiet with just 200 people protesting peacefully in the capital, a witness said. 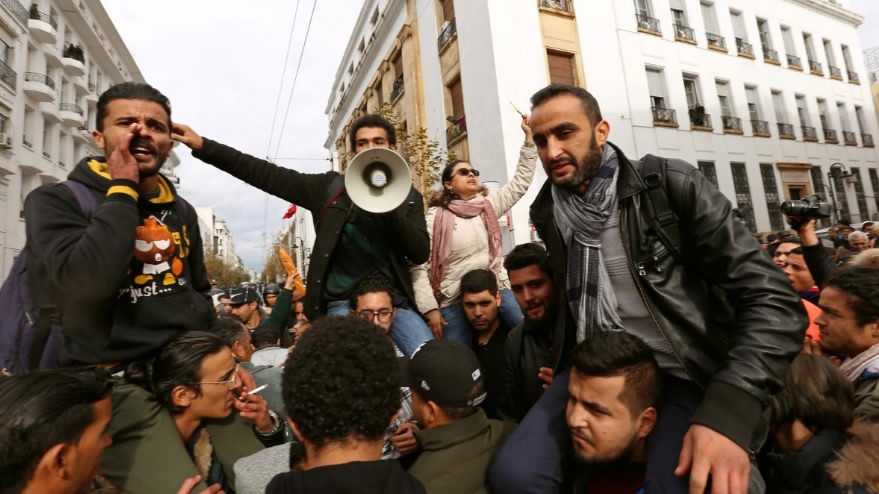 "The protests have declined and there was no damage, but last night the police arrested 150 people involved in rioting in the past few days, bringing the total number of detainees to 778," Interior Ministry spokesman Khelifa Chibani said. Sixteen "Islamist extremists" were among those detained, he said.
The United Nations called on the government not to detain people arbitrarily.
"We're concerned about the high number of arrests, some 778 people we understand have now been arrested since Monday, and around a third of those arrested were between the ages of 15 and 20 so very young," UN human rights spokesman Rupert Colville told reporters in Geneva.
"We call on the authorities to ensure that people are not arrested in an arbitrary manner and that all those detained are treated with full respect for their due process rights and are either charged or promptly released," he said.
Three local leaders of the Popular Front, the main opposition bloc, were detained in Gafsa for allegedly setting fire to a government building, a judicial source said.
The Popular Front said its leaders had been targeted in a political campaign that was "reproducing the methods of the oppressive Ben Ali regime." Party members had also been arrested in Mahdia and Karbariya, it said.
The protests draw on anger over price and tax increases included in this year's budget that took effect on Jan. 1.
Authorities also arrested four men for throwing petrol bombs into a Jewish school on Tuesday, the interior ministry said. They had no religious affiliation and had tried to "create chaos," it added. 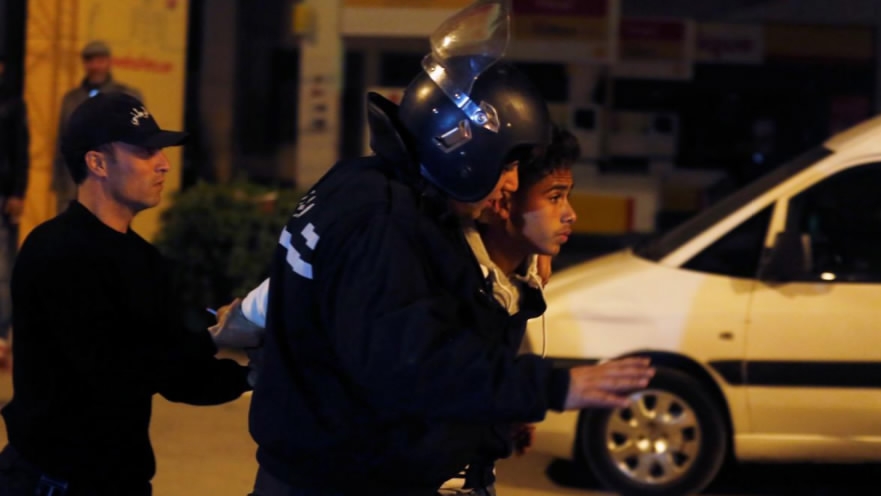 The authorities respected the right to protest but acts of vandalism were being brought under control, the government said in a statement.
Prices have increased for fuel and some consumer goods, while taxes on cars, phone calls, the internet, hotel accommodation and other items have also gone up.
Tunisia has been hailed as the only democratic success of the Arab Spring: the one Arab country to topple a long-serving leader in that year’s uprisings without triggering widespread violence or civil war. Tunisian politicians were awarded the 2015 Nobel Peace Prize for achieving non-violent change.
But Tunisia has had nine governments since Ben Ali’s overthrow, none of which have been able to resolve deep-rooted economic problems. The economy worsened since a vital tourism sector was nearly wiped out by a wave of deadly militant attacks in 2015, and has yet to recover despite improved security.
Tunisia appears to have little scope to back away from austerity. The International Monetary Fund (IMF) says Tunisia is committed to “decisive action” to reform its economy before the IMF reviews the payment of its next loan tranche.
Last year, the Washington-based IMF agreed a four-year loan program worth about 2.8 billion US dollars with Tunisia, tied to economic reforms.
The 2018 budget also raises customs taxes on some imports, and the Tunis government is trying to cut the public sector wage bill through voluntary redundancies.
8647km
Source(s): Reuters