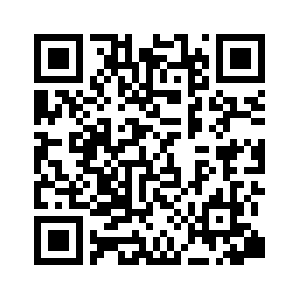 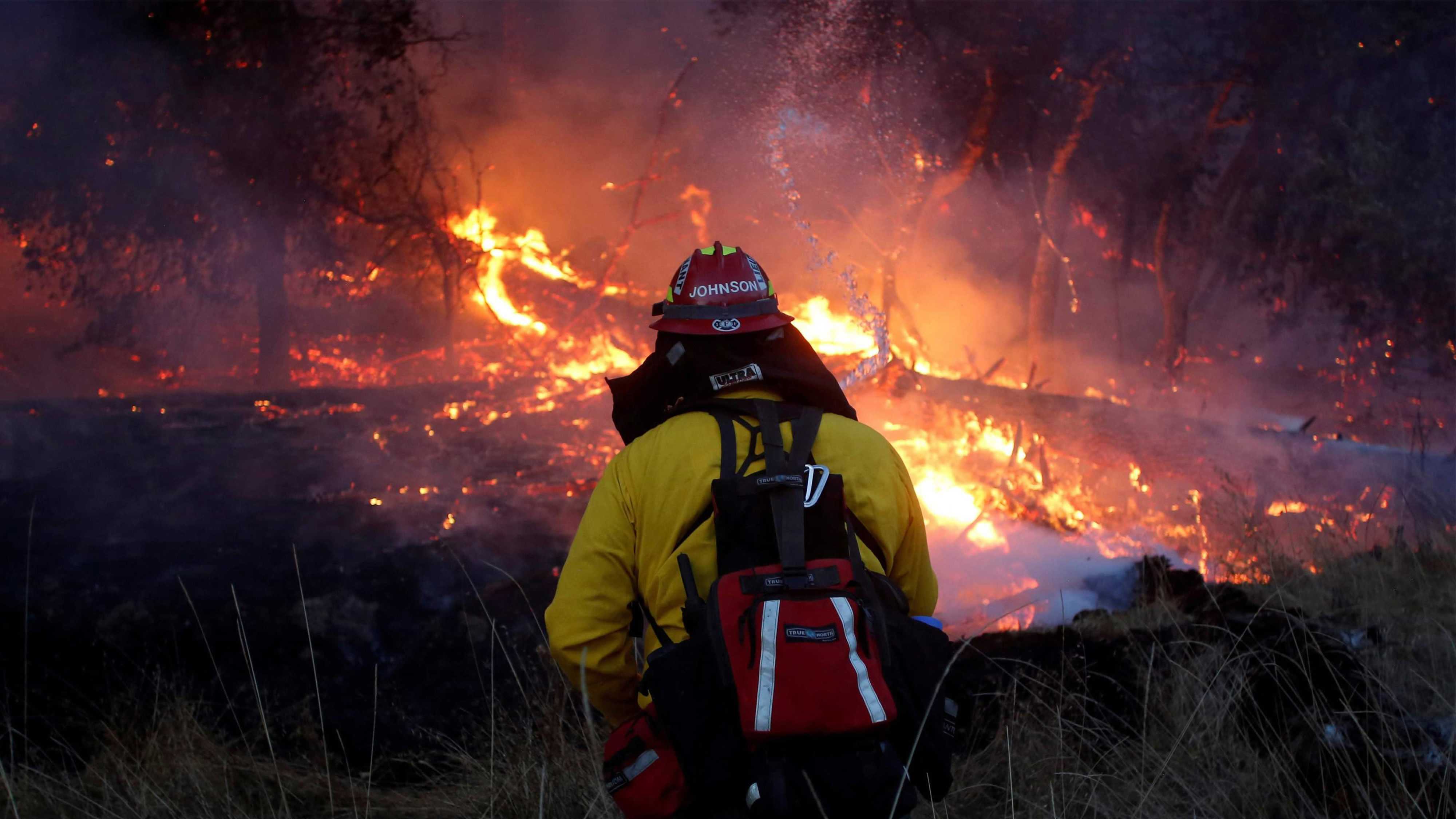 The death toll from the deadliest blazes in California's history has climbed to 40, with authorities predicting more casualties as over 200 people remain missing. But the fast-moving winds which have helped wildfires consume an area larger than New York City are forecast to weaken, stoking hopes that the inferno will soon be brought under control.
More than 10,000 firefighters, supported by air tankers and helicopters, are battling 16 major wildfires in areas north of San Francisco, where 3,000 people on Saturday were forced from their homes in the city of Santa Rosa.
The number of evacuees has reached some 100,000 people in California.
The fires have damaged or destroyed about 5,700 structures, reducing homes and businesses to ash. 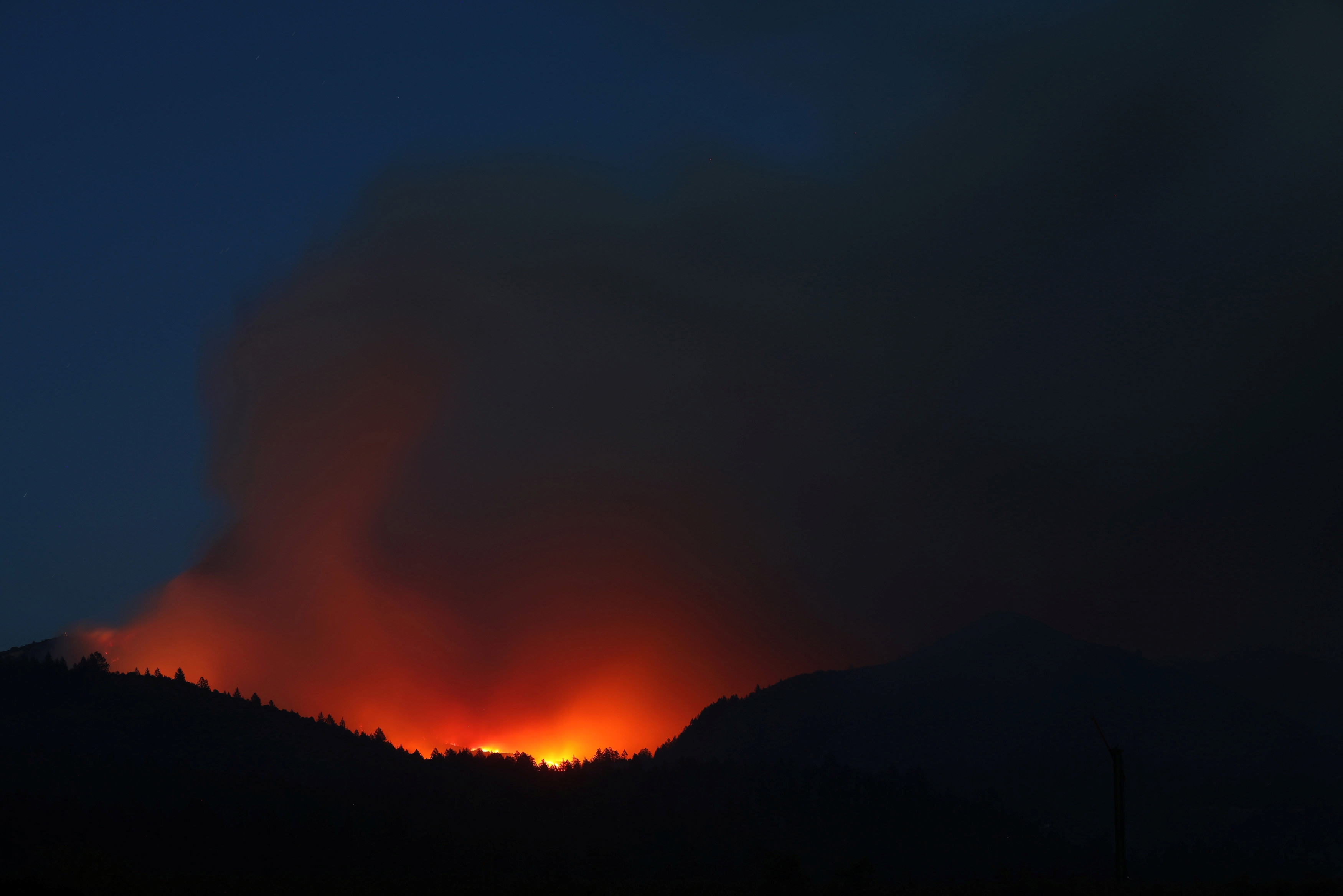 The 40 confirmed fatalities, including 22 in Sonoma County, make it California's deadliest-ever fire event, surpassing the 29 deaths from the Griffith Park fire of 1933 in Los Angeles.
With 235 people still missing on Saturday in Sonoma County alone and rubble from thousands of incinerated dwellings yet to be searched, authorities predict the death toll to climb.
Some victims were asleep when flames engulfed their homes, while others had only minutes to flee.
"This is truly one of the greatest tragedies that California has ever faced. The devastation is just unbelievable. It is a horror that no one could have imagined," California Governor Jerry Brown said on a visit to a devastated city.
Glimmers of hope
There were some glimmers of hope as winds weakened and firefighters made progress with some blazes, containing on Saturday 87 percent of the Cascade Fire, about 128 km northeast of Santa Rosa. 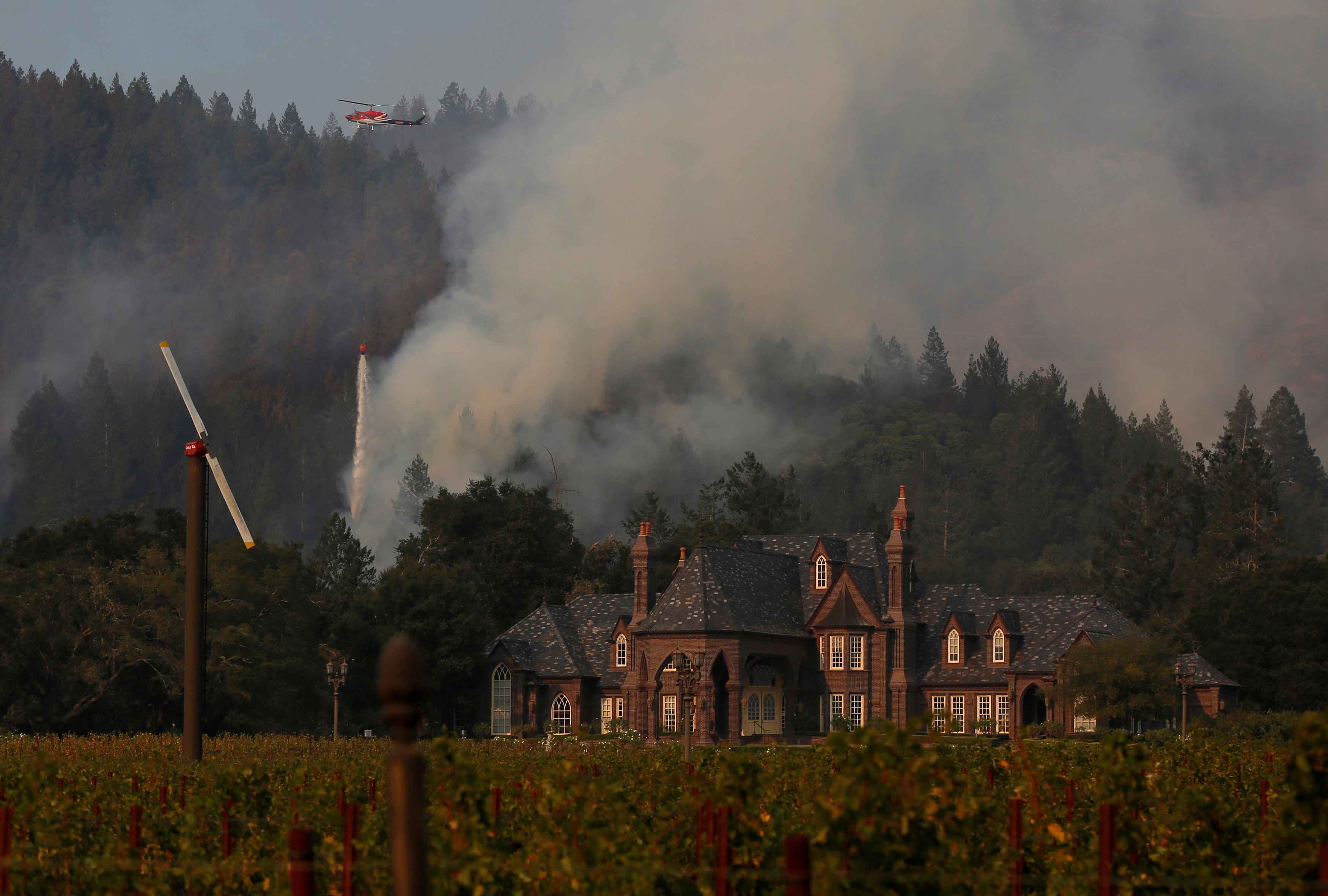 A firefighting helicopter drops water to defend a vineyard from an approaching wildfire in Santa Rosa, California, October 14, 2017. /Reuters Photo

A firefighting helicopter drops water to defend a vineyard from an approaching wildfire in Santa Rosa, California, October 14, 2017. /Reuters Photo

Weakening winds overnight should help but high temperatures and dry conditions might remain through the weekend, forecasters said.
At least a dozen Napa Valley and Sonoma County wineries were damaged or destroyed, throwing the state's wine industry and related tourism into disarray.
Firefighters from Oregon, Washington, Arizona, Colorado, Nevada and Utah are helping battle the blazes.
Aircraft have dropped more than 2 million gallons (7.6 million liters) of fire retardant.
Cal Fire estimated the fires would be contained by Oct. 20.
The year's wildfire season is one of the worst in history in the United States, with nearly 8.6 million acres (3.5 million hectares) burned as of October 13, according to the National Interagency Fire Center. The worst on record for the same period in a year was 9.3 million acres in 2015.
Source(s): Reuters