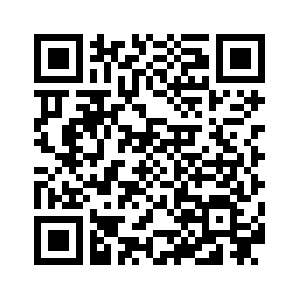 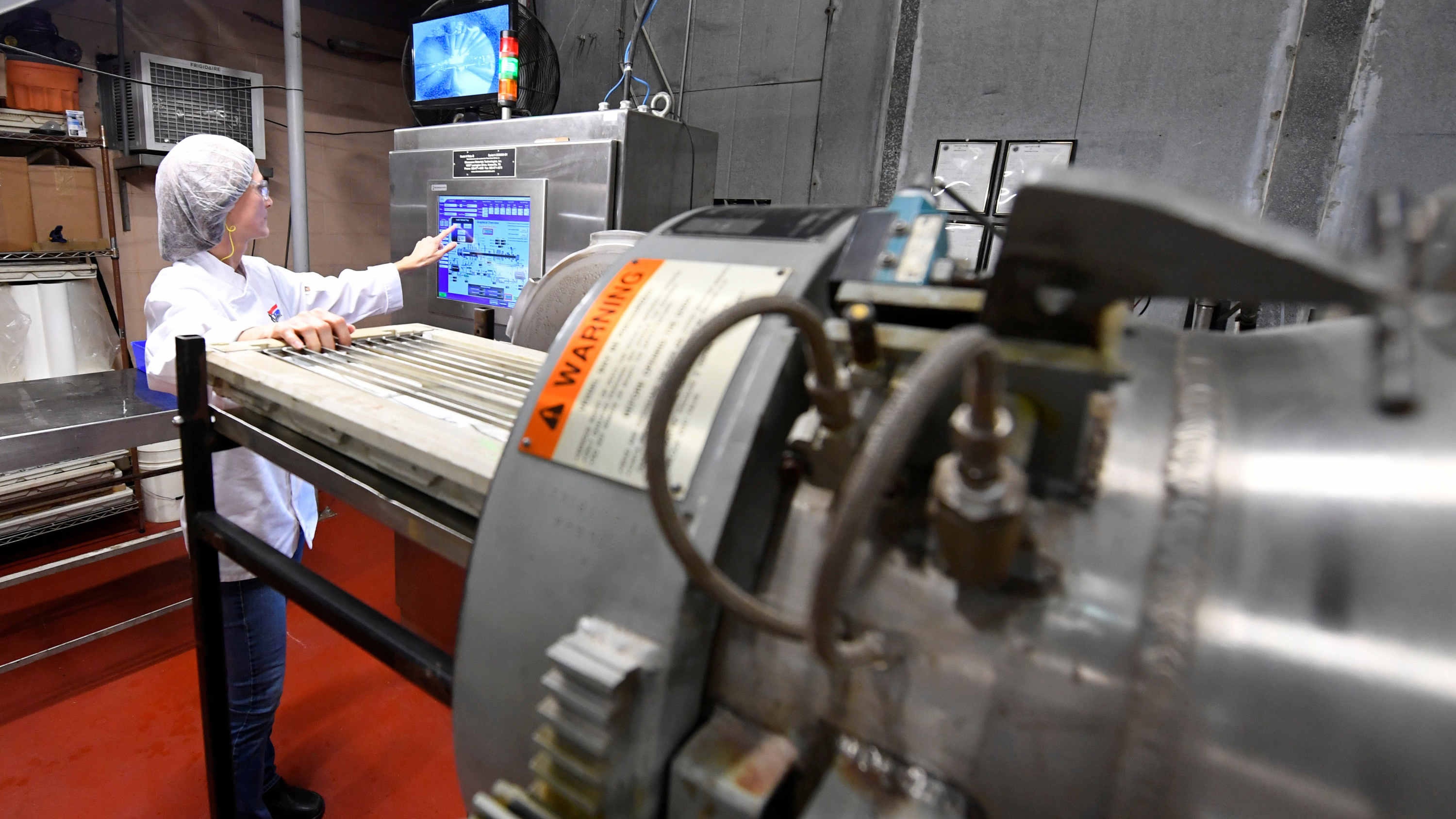 Amazon is exploring a technology first developed for the US military to produce tasty prepared meals that do not need refrigeration, as it looks for new ways to muscle into the 700-billion-US-dollar grocery business in the United States.
The world's biggest online retailer has discussed selling ready-to-eat dishes such as beef stew and a vegetable frittata as soon as next year, officials at the startup firm marketing the technology told reporters.
The dishes would be easy to stockpile and ship because they do not require refrigeration and could be offered quite cheaply compared with take-out from a restaurant.
If the cutting-edge food technology comes to fruition, and Amazon implements it on a large scale, it would be a major step forward for the company as it looks to grab hold of more grocery customers shifting toward quick and easy meal options at home. 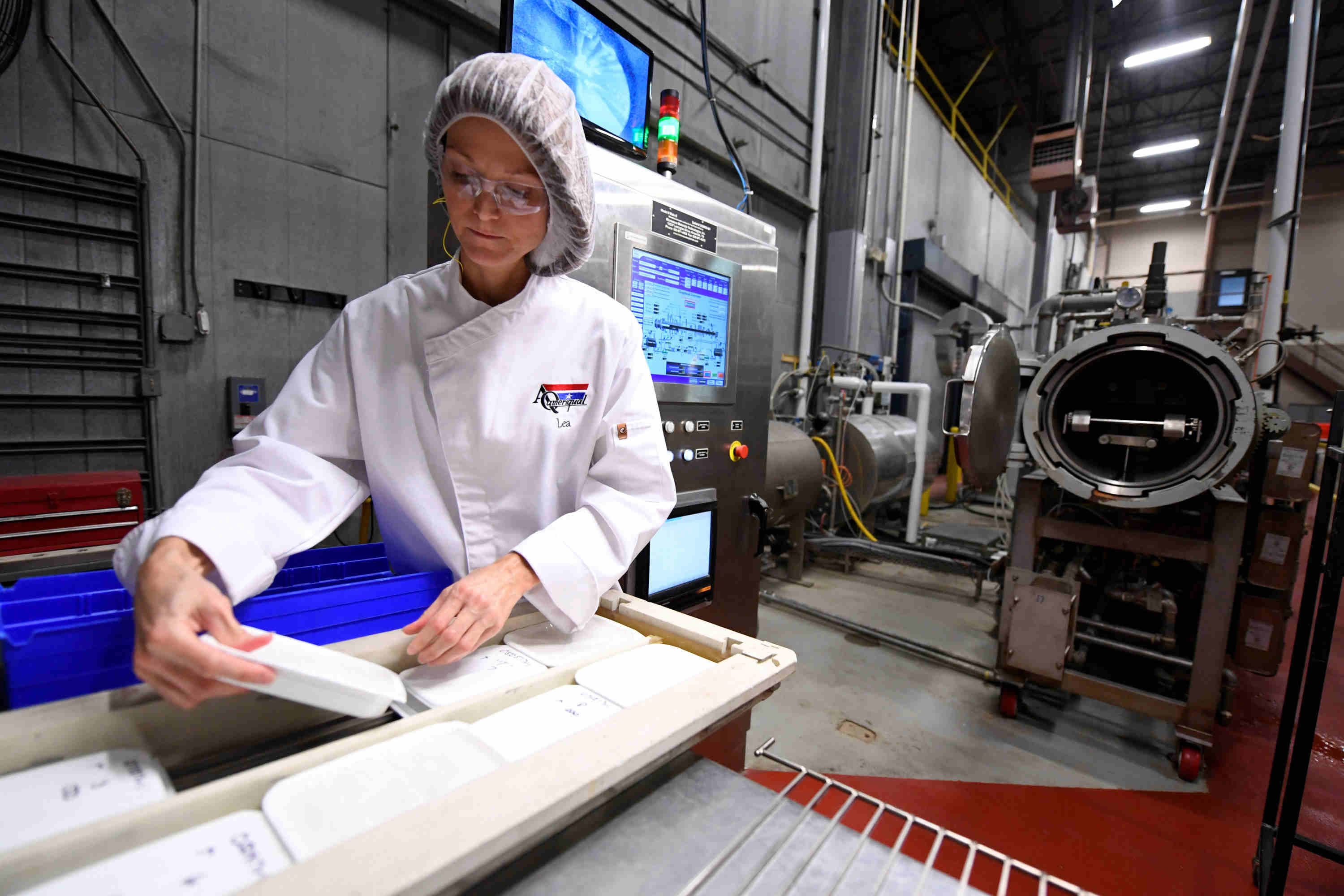 Lea M Mohr, director of Technical Services, prepares packages for the MATS-B machine as she makes packaged meals at an Ameriqual facility with new microwave technology that Amazon is evaluating, in Evansville, Indiana, US August 9, 2017. /Reuters Photo

Lea M Mohr, director of Technical Services, prepares packages for the MATS-B machine as she makes packaged meals at an Ameriqual facility with new microwave technology that Amazon is evaluating, in Evansville, Indiana, US August 9, 2017. /Reuters Photo

Delivering meals would build on the company's AmazonFresh service, which has been delivering groceries to customers' homes for a decade. It could also complement Amazon's planned 13.7-billion-US dollar purchase of Whole Foods Market and Amazon's checkout-free convenience store, which is in the test stage.
The pioneering food-prep tech, known as microwave assisted thermal sterilization, or MATS, was developed by researchers at Washington State University and is being brought to the market by a venture-backed startup called 915 Labs based in Denver.
The method involves placing sealed packages of food in pressurized water and heating them with microwaves for several minutes, according to 915 Labs. 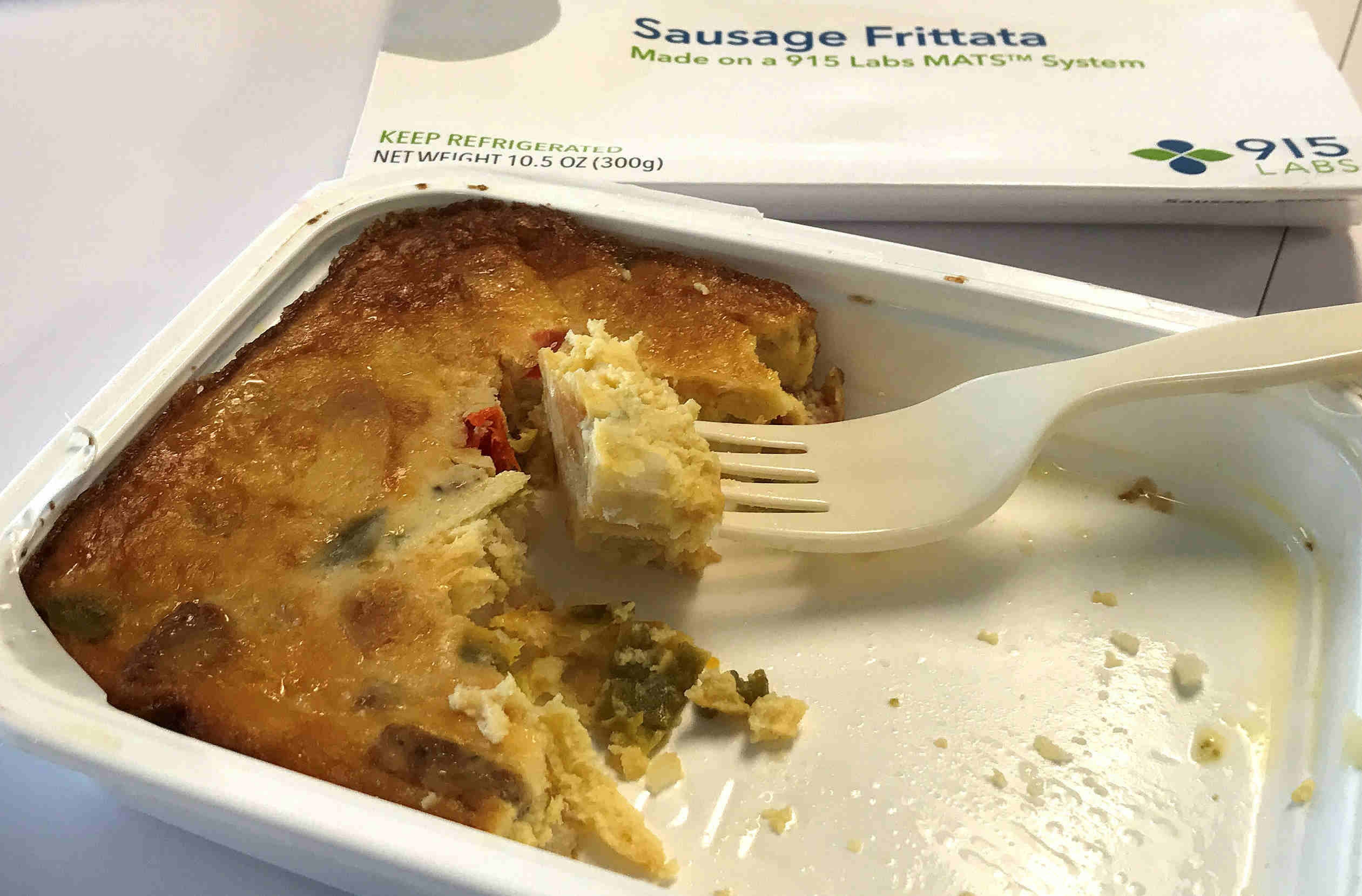 A sausage frittata from 915 Labs, made with new microwave technology that Amazon is evaluating, in San Francisco, US, August 9, 2017. /Reuters Photo

A sausage frittata from 915 Labs, made with new microwave technology that Amazon is evaluating, in San Francisco, US, August 9, 2017. /Reuters Photo

Unlike traditional processing methods, where packages are in pressure cookers for up to an hour until both bacteria and nutrients are largely gone, the dishes retain their natural flavor and texture, the company said. They can also sit on a shelf for a year, which would make them suitable for Amazon's storage and delivery business model.
"They obviously see that this is a potential disruptor and an ability to get to a private brand uniqueness that they’re looking for," said Greg Spragg, former Wal-Mart Stores Inc executive and now head of a startup working with MATS technology. "They will test these products with their consumers, and get a sense of where they would go."
Amazon declined to comment.
Spragg's company, Solve for Food, plans to acquire a MATS machine from 915 Labs that can make 1,800 packages an hour. The company aims to use the machine at a new food innovation center in northwest Arkansas, near the headquarters of Wal-Mart. 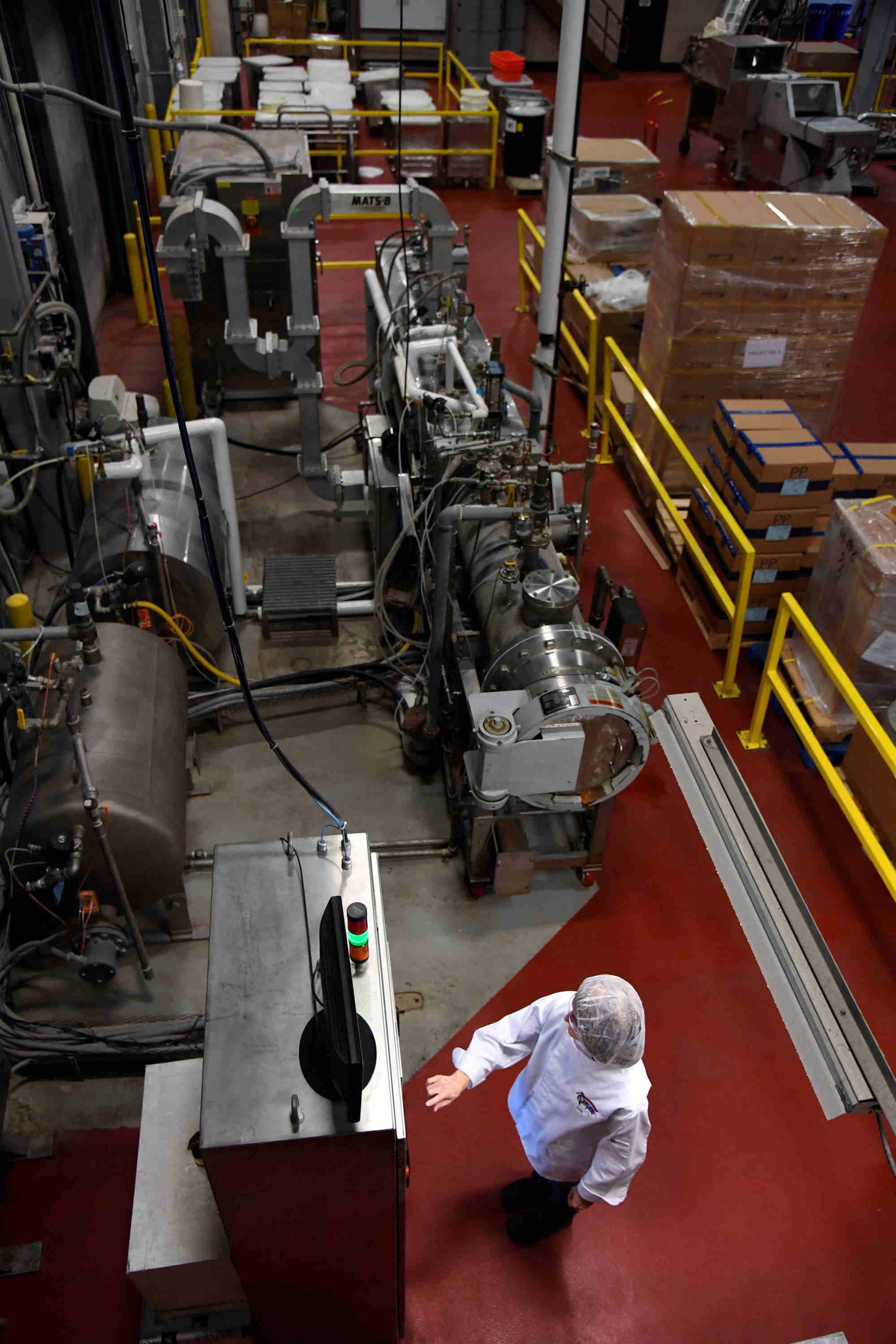 915 Labs also has an Arkansas connection: it is designing the beef stew and other dishes with a chef at the Bentonville-based Brightwater Center for the Study of Food.
Wal-Mart did not comment on whether it is looking into the technology.

MATS technology grew out of efforts by the US Army's Natick laboratories more than a decade ago to improve food quality for soldiers in combat. Washington State University, a five-hour drive from Amazon's Seattle headquarters, received US funding and became the research hub for MATS.
915 Labs said it formed in 2014 and acquired the assets of a business called Food Chain Safety, which previously was working on MATS before facing financial trouble in 2013. 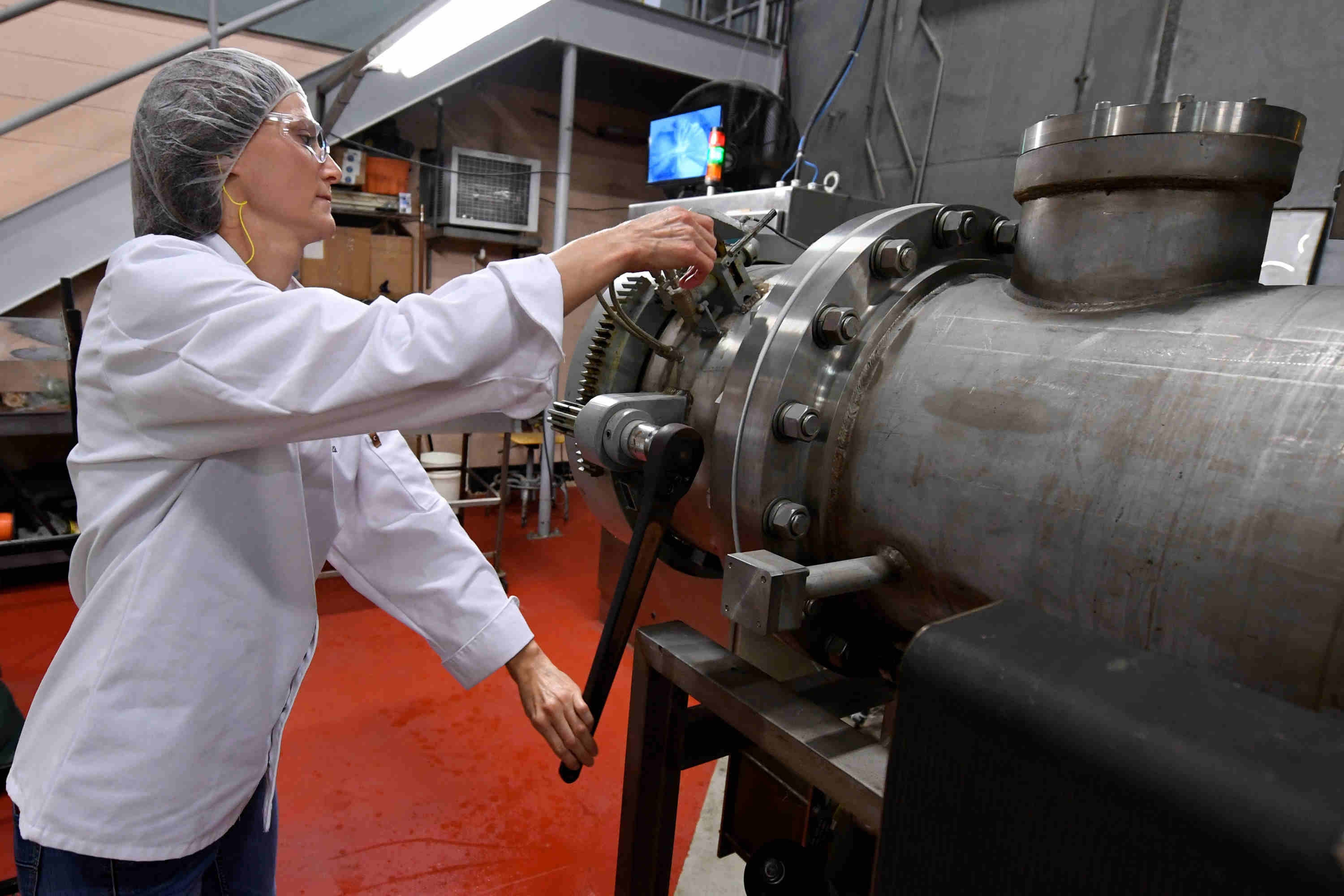 915 Labs also licensed the original patents from the university, its chief executive Michael Locatis said, and its MATS dishes are now pending US Food and Drug Administration approval.
In addition to ongoing work with the US military, the company has sold machines to the Australian government and to food companies in Asia.
"They have to leapfrog to MATS because they don’t have the refrigerated supply chain like we have in the US," said Locatis, who was an assistant secretary at the US Department of Homeland Security until 2013.
Amazon invited the startup to Seattle after learning about MATS technology last year at the SIAL Paris food trade show, according to Locatis. 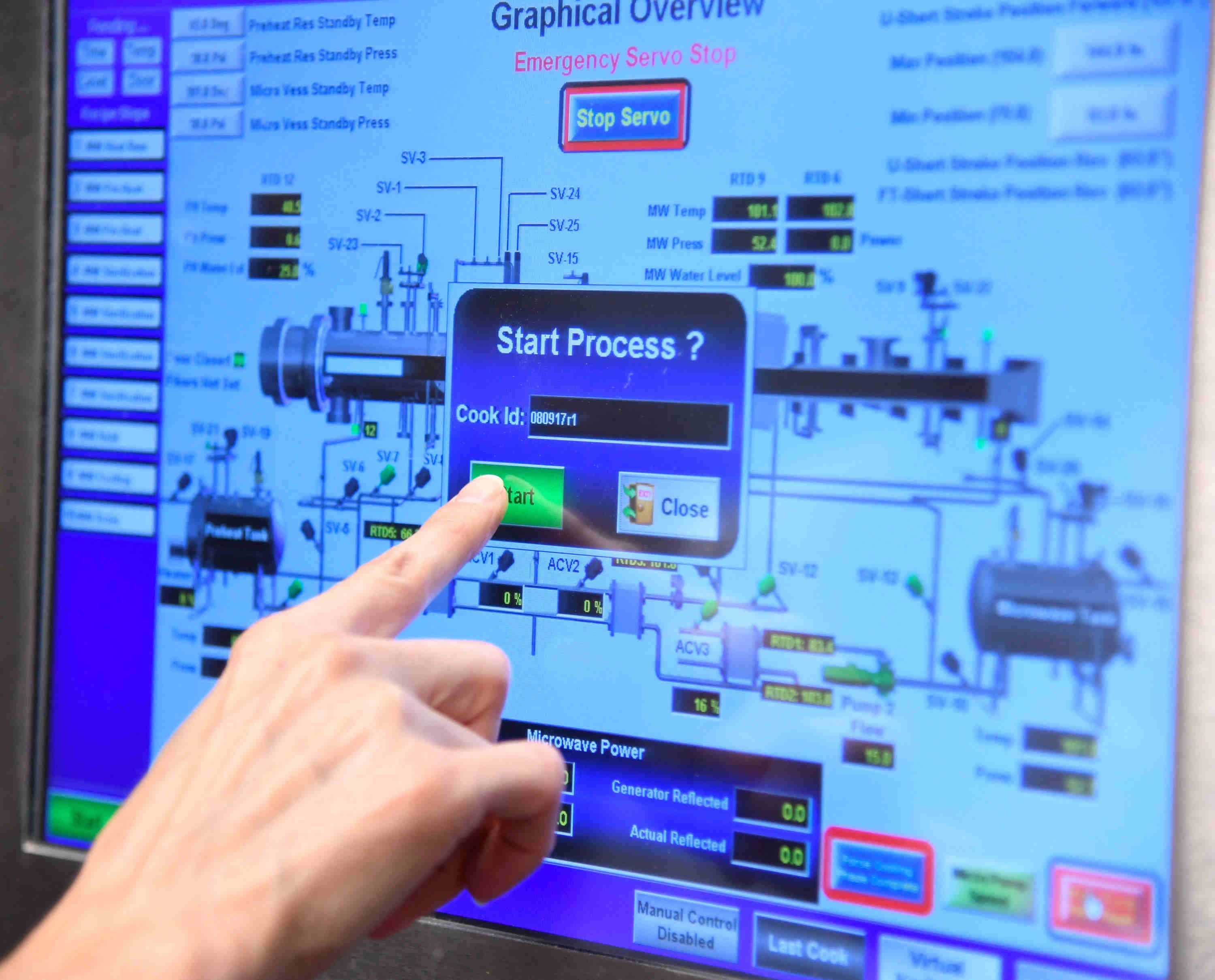 In February, Amazon sent a team to Washington State University that met with Juming Tang, chair of the school's biological systems engineering department and a key developer of the technology.
And in March, Amazon joined the university's researchers and other companies in Seattle for the inaugural meeting of the Industrial Microwave Alliance, according to a university news release. The group's mission is to "accelerate technology transfer of microwave-based food safety."
"Amazon just started this," Tang said in an interview. "They need to deliver meals to homes... They're hiring food people like crazy." 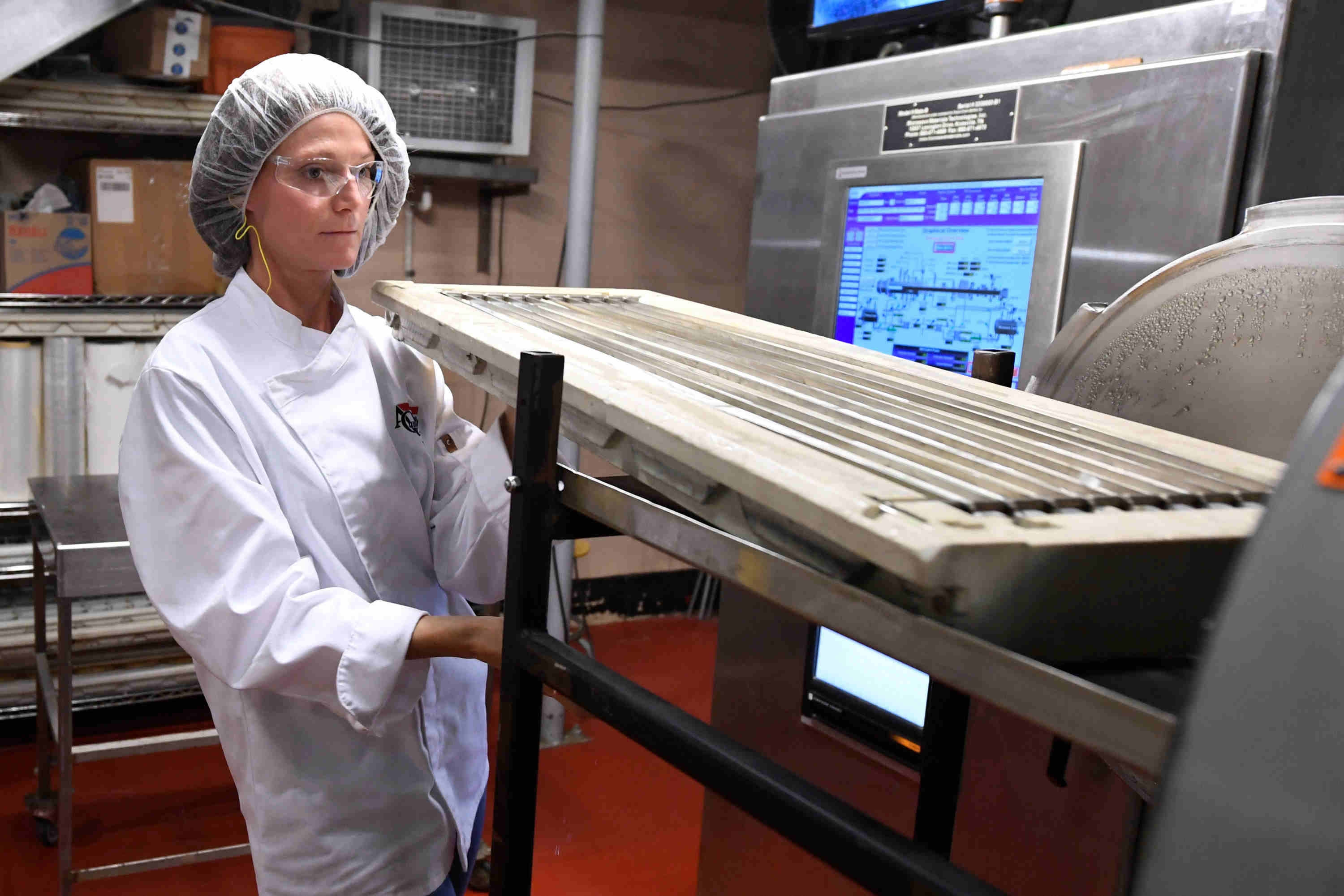 Not everyone sees why MATS would be worth pursuing. Some think packaged food would have little attraction to the generally high-income members of Amazon's Prime shopping club.
"I get why new food processing systems that increase shelf life may be good for Amazon," said Bentley Hall, CEO of fresh food delivery service Good Eggs. "I struggle to see how this solution addresses an actual consumer want or need better than fresh, prepared meals."
MATS represents just one way Amazon is searching for an edge in the grocery business, to distinguish itself from incumbents like Kroger.
The company has also filed for a trademark for cook-it-yourself meal-kits－a move that pushed down shares of Blue Apron－but has not yet detailed its plans for ready-to-eat meal delivery.
9514km
Source(s): Reuters