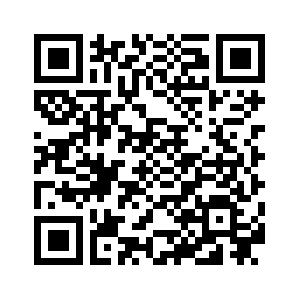 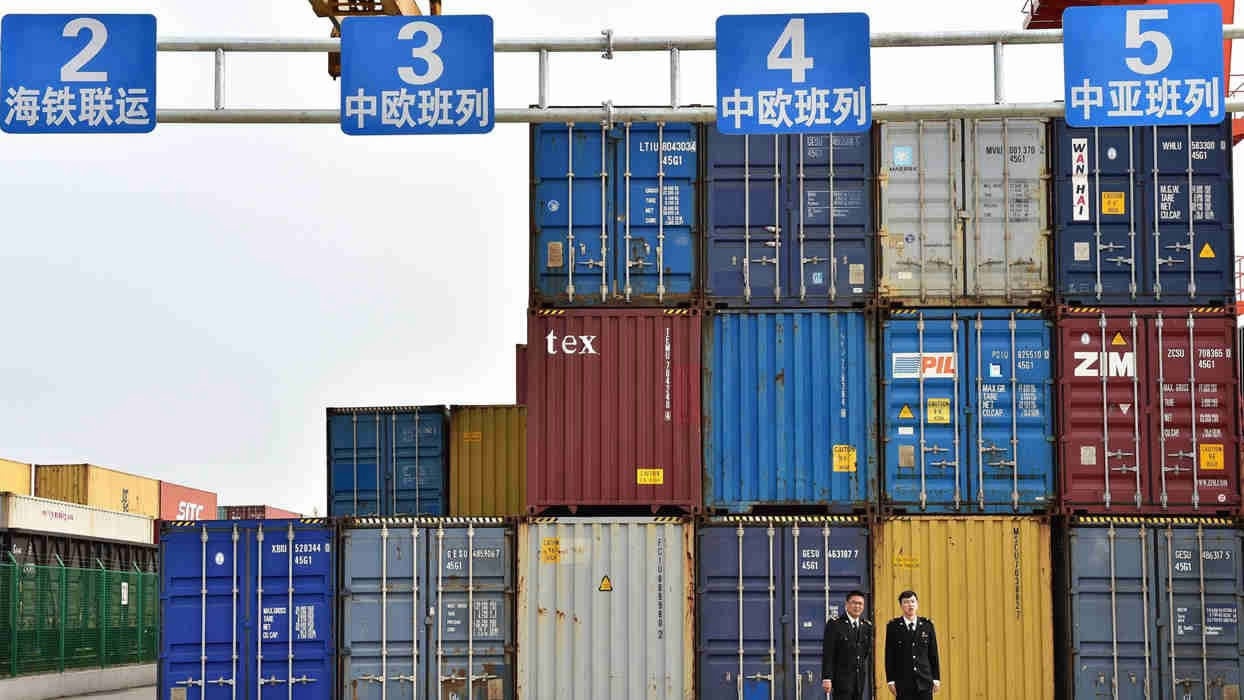 Within hours of Premier Li Keqiang’s plane landing in Budapest, to attend the 16+1 dialogue with leaders of the sixteen Central and Eastern European countries, Hungary formally announced a public tender on the Belgrade-Budapest railway project, which is already long underway in the development process in cooperation with two Chinese companies and the Exim Bank of China.
Congratulations to bureaucrats in Brussels, for they have finally succeeded in intimidating and bullying Hungary into wasting a few million euros of tax money for the European Union! Now the problem is, who is going to come to bid? Who dares to come to bid? You think Alstom and Siemens are stupid enough to come to shed 2 million euros in Budapest, just to help complete EU’s competition policy narrative regarding this matter? 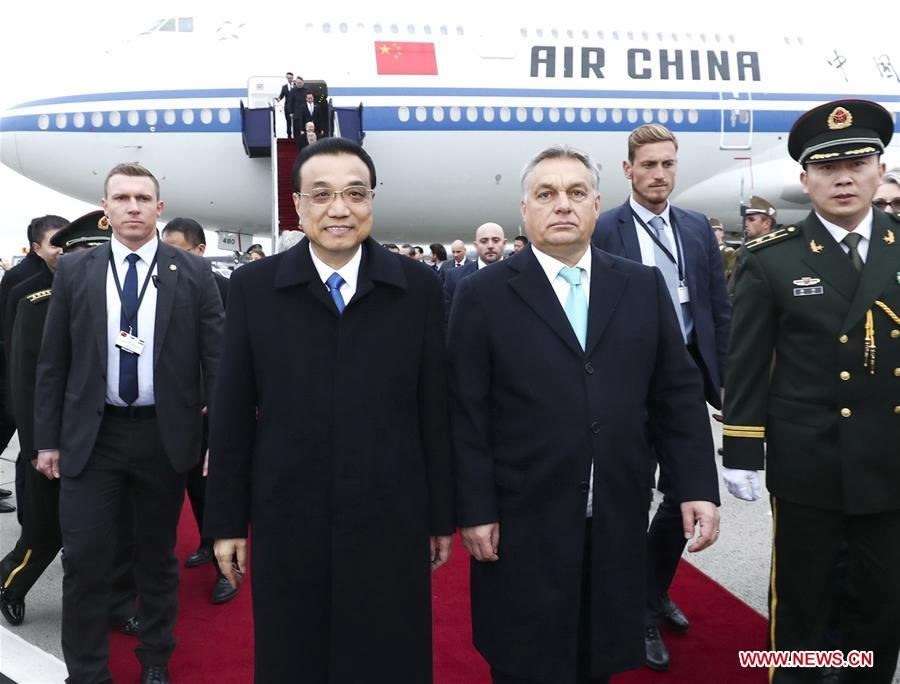 Chinese Premier Li Keqiang is welcomed by Hungarian Prime Minister Viktor Orban and other senior officials upon his arrival in Budapest, Hungary, Nov. 26, 2017, for an official visit to the country and the sixth meeting of heads of government of China and 16 Central and Eastern European Countries (CEEC). /Xinhua Photo‍

Chinese Premier Li Keqiang is welcomed by Hungarian Prime Minister Viktor Orban and other senior officials upon his arrival in Budapest, Hungary, Nov. 26, 2017, for an official visit to the country and the sixth meeting of heads of government of China and 16 Central and Eastern European Countries (CEEC). /Xinhua Photo‍

Billed as a landmark Belt and Road initiative (BRI) project in Europe, the Belgrade-Budapest railway project electrifies the 370 km railway at an estimated cost of USD 2.89 billion. Potentially this railway will be extended to the port city of Piraeus in Greek, thus serving as an important maritime-railway transport route for trade between China and the CEE countries. It is reported that China will provide 85% of the financing.
But apparently, in the eyes of the European Commission (EC) bureaucrats, such a job-creating, growth-stimulating infrastructure project is not in the interest of the European Union, as they apparently believe, absurdly, that the road from Budapest to Belgrade has to “go through” Brussels.
Back in February of this year, the European Commission announced its investigation, allegedly for “assessing the financial viability of the USD 2.89 billion railway and looking into whether it has violated European Union laws stipulating that public tenders must be offered for large transport projects.” 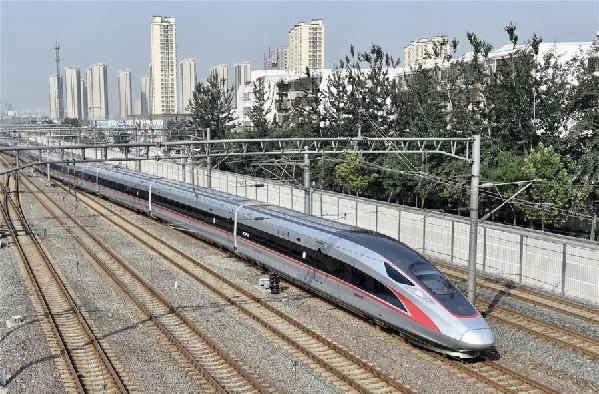 OK, two issues tangle with the European competition policy laws. One regards the issue of possible state aid, as the EC appears to believe that this railway might be potentially subsidized by the government. But even if it is, what is wrong with the government funding public infrastructures? Aren’t public transport projects in France, in the UK subsidized as well? EU’s massive state aid programs spread well beyond public infrastructures. Take the Airbus program as an example, it has been locked in years of litigation with Boeing over accusations that each received billions of dollars of state funding. In this case, the subsidy, if any, does not come from Brussels at all. So why would it care?
The second issue is about the public tender requirement for government procurement in EU since Hungary is an EU member country. But again my scornful observation regards more of substance than a formality. My question is, who is going to come to bid? Which company in Europe is competitive enough vis-à-vis China’s CRRC in terms of operations experience, technological prowess and more importantly delivery time and cost metrics? And besides, where is the financing of the 2.89 billion US dollars going to come from, given the despicable budgetary situation currently in Brussels? Participation of public tender is expensive, which can be in the millions of dollars for preparation of bids for a mega project like this. I bet Alstom and Siemens executives fully understand the wining prospect if they come to Budapest. 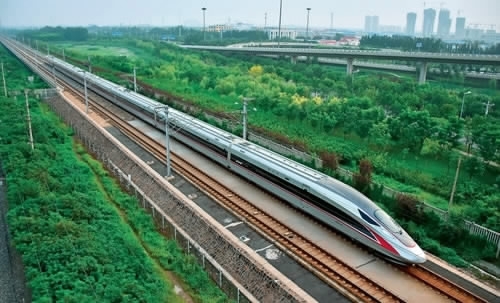 Setting aside the EU competition policy laws and regulations, the real reason behind the EC’s muscle-flexing can be found in a recent report from the Jamestown Foundation, I quote, “According to local reporting, the EU attempted to persuade Hungary and Serbia to each reconsider moving forward with their respective HSR (high speed railway) deals with China through both official and informal channels, under the guise of ensuring that the projects “adhere to the EU’s policies” (Budapest Business Journal, March 31; Politika, June 3; Business Review, September 2).”
See? That is the real reason behind the EC investigation.
Hypocrisy at its best!
Budapest of course fully understands this. So in the agreement, it signs with China, it stuffs in an annex that explains how it would comply with EU procurement law. And so comes the public tender announcement today. I am keeping a close eye on Alstom and Siemens, to see if they will show up at the party in the next few months.
(The author is a professor at the University of International Business and Economics. The author’s opinions are his own and do not necessarily reflect those of CGTN.)