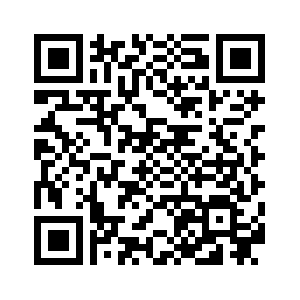 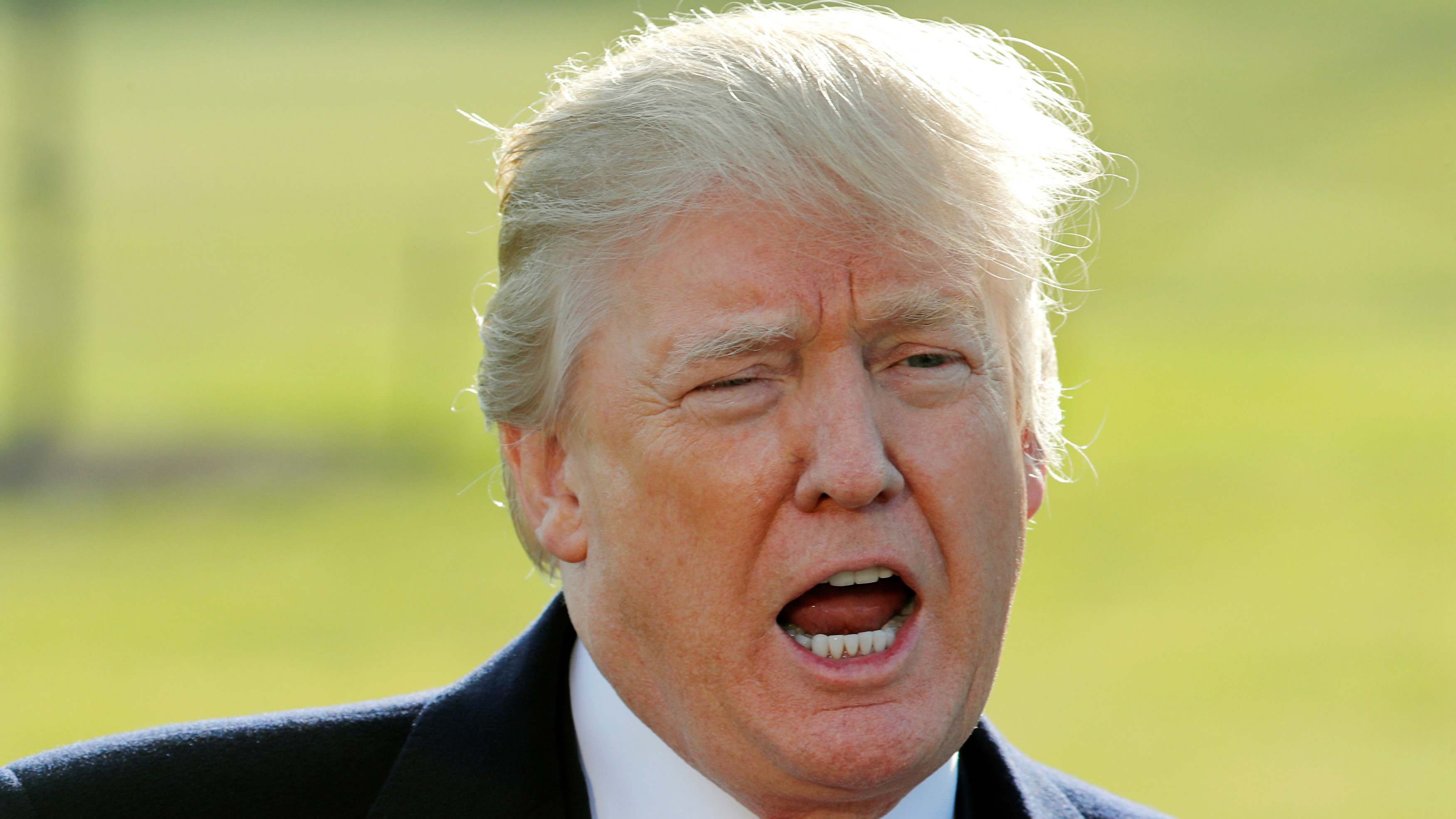 China on Tuesday expressed hope for stability in Iran and extended its support for Pakistan amid growing noise over US President Donald Trump’s vitriolic tweets against both countries.
A senior analyst meanwhile dismissed the maverick American leader’s threats as mere "rhetoric" which may not lead to any major long-term security situations in either of the countries and beyond.
As Trump cheered the protesters in Iran and openly called for regime change, China gave a measured response to the ongoing unrest. "We have noted reports on the situation in Iran recently. China hopes that Iran can maintain stability and achieve development," Chinese Foreign Ministry spokesperson Geng Shuang said on Tuesday. 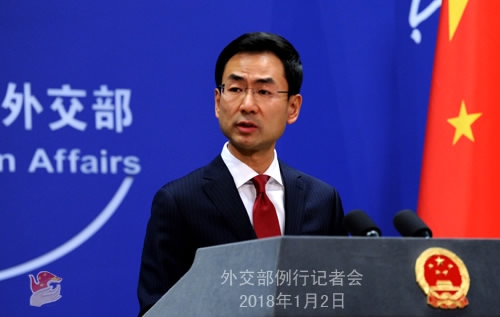 Reacting to Trump’s tweet against Islamabad, China reiterated its stand on Pakistan’s contribution to fighting terrorism. "As we said multiple times before, Pakistan has made great efforts and sacrifices for combating terrorism and made prominent contributions to the cause of international counter-terrorism, and the international community should fully recognize this," Geng said.
"We welcome Pakistan and other countries' cooperation on counter-terrorism and in other fields on the basis of mutual respect and their joint commitment to the security and stability of the region and the world," he said, adding: "China and Pakistan have maintained the all-weather strategic cooperative partnership. China stands ready to further deepen cooperation with Pakistan in various fields to bring greater benefits to the two peoples."

US bid to contain other powers?

Meanwhile, the US administration followed up on Trump’s tirade against Pakistan by withholding 255 million US dollars in aid.
While any instability in Pakistan as a result of hardening of US position will have a direct bearing on the China-Pakistan Economic Corridor (CPEC) under the Beijing-proposed Belt and Road Initiative, an attempt to bring about a regime change in Iran through civil unrest could bring the entire region to the boil.
Under the recently announced CPEC long-term plan, Pakistan and China agreed to trade in the local currencies of yuan and rupee in place of third-party currencies such as US dollar. The move may not have gone down well with the US and could well be the trigger for Trump’s harsh reaction against Islamabad.
It isn’t far-fetched to see a link between Trump’s spiteful rants against Pakistan and Iran as a continuous thread of US policy that is targeted at containing other major powers, including China, from expanding their influence in the region while also checking Tehran’s regional clout. 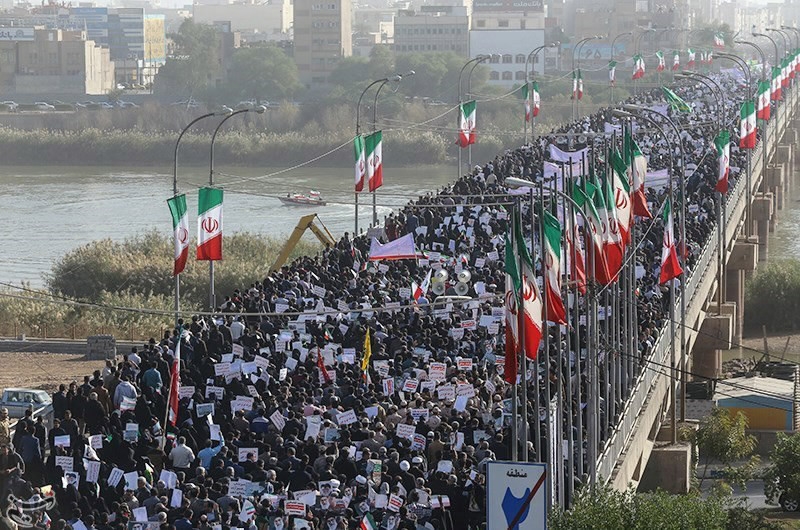 However, a senior analyst felt that Trump’s tweet will have no impact either on the long-term situation in the region or on US policies towards Iran and Pakistan.
"President Trump is functioning true to character. He has expressed very deep hostility to the Iranian regime and has committed himself to regime change. In this way he has positioned himself along with a small minority of extreme right-wing elements within the US system that has been advocating regime change for some years," Middle East expert and former Indian diplomat Talmiz Ahmad told CGTN.
"I do not believe that there is any scenario where the US can either contribute to regime change or any of the events taking place within Iran leading to regime change," he added.
Ahmad asserted that the ongoing protests in Iran are largely due to domestic grievances and will not make any serious impact either inside Iran or in the region.
"There is a very poor analysis in the Western countries by a certain minority that is viscerally hostile to Iran which believes that every demonstration is an attack on the [Islamic] revolution and on the system. This is wrong. I do not believe that the present demonstrations are questioning the fundamental of the revolutions," he said. 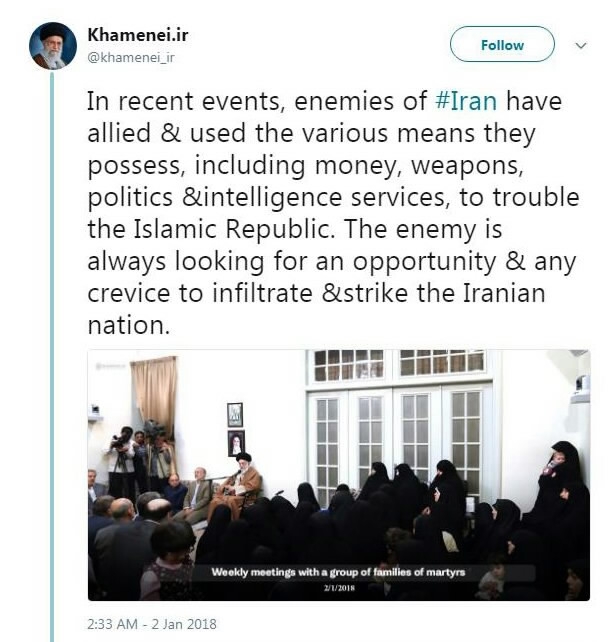 A screenshot of the tweet from Iran's Supreme Leader Ayatollah Ali Khamenei.

A screenshot of the tweet from Iran's Supreme Leader Ayatollah Ali Khamenei.

While Iran’s Supreme Leader Ayatollah Ali Khamenei has hinted at "enemies of Iran" for the recent protests, Ahmad felt it is too early to come to such a conclusion.
The US President’s latching on to the protests to attack Iran however is a certain sign of growing US anxiety over Iran’s increasing influence in the Middle East. "There is no doubt that Iran is an influential role player in Middle Eastern affairs, from Syria to Palestinian state to Yemen. However, the US has been blaming Iran for the instability in the region and for supporting terrorist elements [to hide their own anxiety]. The allegations are without any foundation," said Ahmad.
The analyst attributed the Trump administration’s "own perception" about the events in the region to the US President’s tough stand on Iran. "The Trump administration has very strongly aligned itself with Saudi Arabia and with the so-called Sunni alliance and is mobilizing support against the Iranian regime. It has also publicly stated that it is committed to regime change. It has also promoted an alliance between Saudi Arabia and Israel. This is part of what Trump administration has done," he said.
"I personally feel that the Trump administration is singularly responsible for much of the instability in the Middle East that we see today," he added.

'US won't give up on Pakistan' 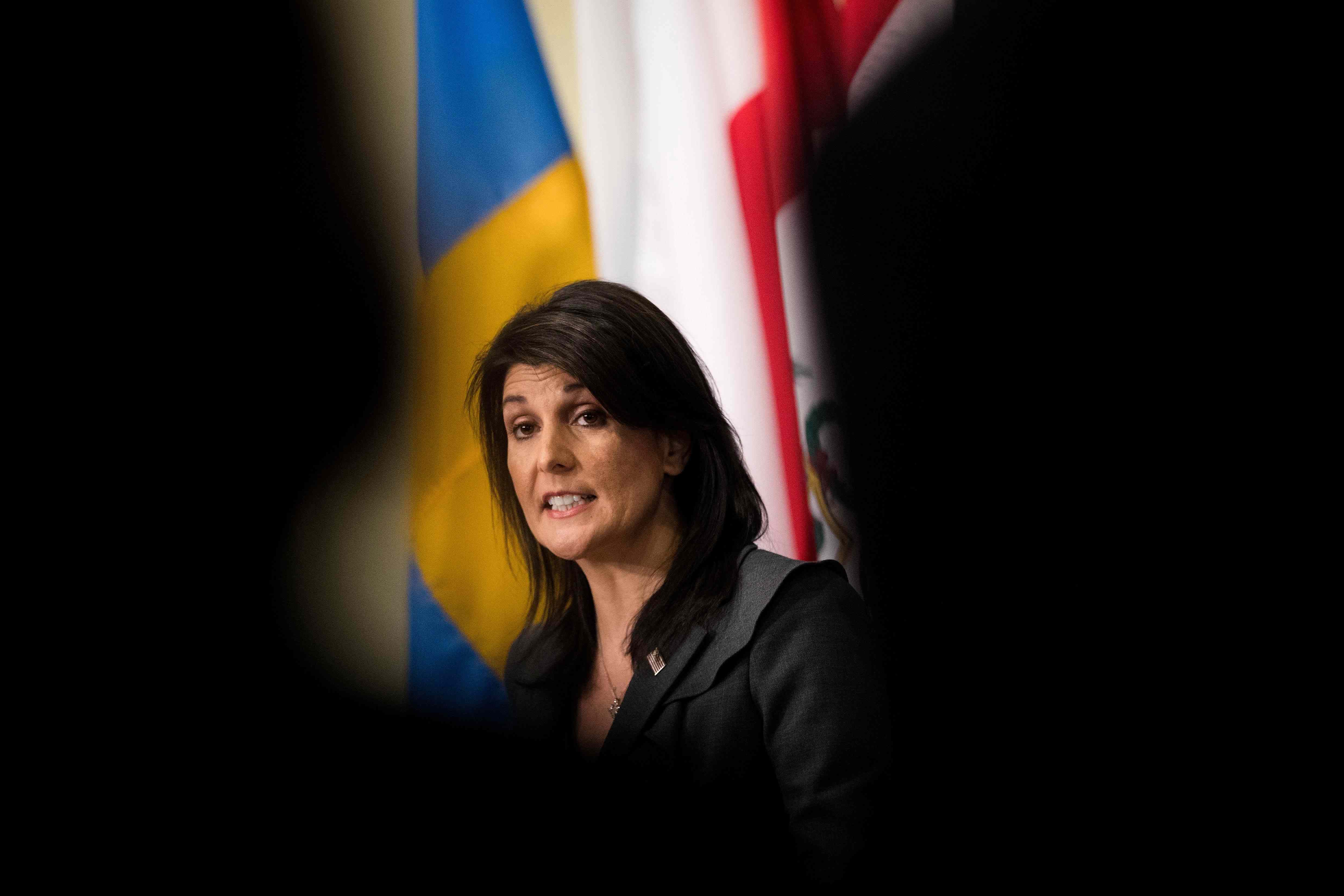 US ambassador to the United Nations Nikki Haley speaks to the media at United Nations headquarters, in New York City, US, on January 2, 2018. /Reuters Photo.

US ambassador to the United Nations Nikki Haley speaks to the media at United Nations headquarters, in New York City, US, on January 2, 2018. /Reuters Photo.

Meanwhile, Ahmad felt that Trump’s rebuke doesn’t mean much when it comes to Pakistan-US ties. “Successive US presidents have been frustrated by various aspects of Pakistani policy but have never been able to distance their country from Pakistan,” he said.
"George Bush Sr., Bill Clinton, George Bush Jr. and Barack Obama – all of them were familiar with Pakistan's affiliations with extremism and with terrorism. At times, they even criticized Pakistan, but not once have I seen any evidence of the US actually putting pressure upon Pakistan in order to change its approach and policy," he added.
While Ahmad admitted that the Trump administration is publicly harsher on Pakistan than its predecessors, the geo-strategic expert remained skeptical about any real change in the American approach to Pakistan.
"I think they will remain allies because there is a lot of mutual interests, particularly the Americans seem to need Pakistan because of their policies regarding their role over Al-Qaeda, with regard to their confrontation with the Islamic State [ISIL], and with regard to stability in Afghanistan against the Taliban," he said.
"The Americans just can't seem to give up on Pakistan. I believe President Trump's remarks are largely rhetorical and I do not believe any real change will be affected whatsoever on the ground," Ahmad added.

Opinion: Are Iran protests driven by domestic or outside forces?