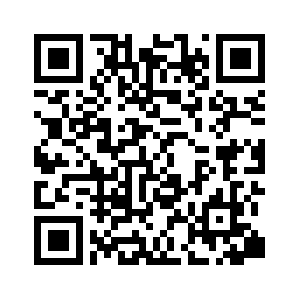 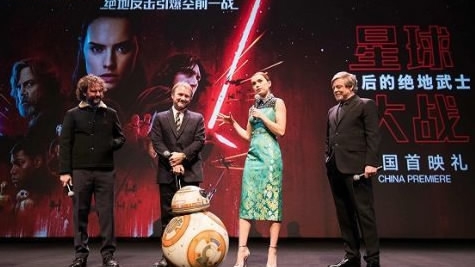 “Star Wars: The Last Jedi” earned 186 million yuan (over 28 million US dollars) during its all-important first weekend in China. Meanwhile, the eighth episode of the series - and the second installment of a new sequel trilogy - grossed 1.2 billion dollars worldwide.
It is questionable whether the final tally would overtake the 477 million yuan “Rogue One" took. In comparison, the 860 million yuan achieved by “The Force Awakens” has become a high water mark for what some Chinese jokingly call “the largest IP in the universe.”
And all this happens at a time when China accounts for an increasingly large share of the global box office for Hollywood blockbusters.
Those who do not live in China tend to have a hard time absorbing the hard fact that their favorite sci-fi story has repeatedly failed to click with the world’s most populous nation.
Disney is the most powerful producer of entertainment in the world. It has all the talent and resources it needs both on-screen and off-screen, including its marketing team inside China. They have left no stone unturned in promoting to the target audience. And the movie is quite well-made, at least on a par with similar big-budget epics from Hollywood.
So, what went wrong on its way to China, the second largest film market?
As I see it, the “Star Wars” franchise is simply not in tandem with the country’s zeitgeist. It never has been, and in the foreseeable future the mismatch may not be resolved. 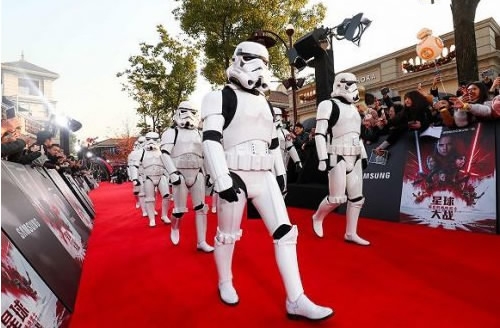 “Star Wars” came into Chinese consciousness at a very awkward time, at once too late and too early.
The first installment debuted in 1977, right after the end of the Cultural Revolution. There were sporadic mentions in the Chinese press as I remember, but I did not get to see the film until the early 1980s when it was screened for a limited audience as part of an American film festival.
There was a palpable feeling of disappointment - or ennui at best - among college students and teachers.
The reason was simple: The 1980s was a time of reckoning and reflection. Most Chinese who went to see foreign fare at the cinema wanted serious drama that dealt with grave social issues. We were not yet ready for entertainment and we did not care much for the then-revolutionary special effects. In other words, we were the polar opposite of what Chinese film-goers are today. 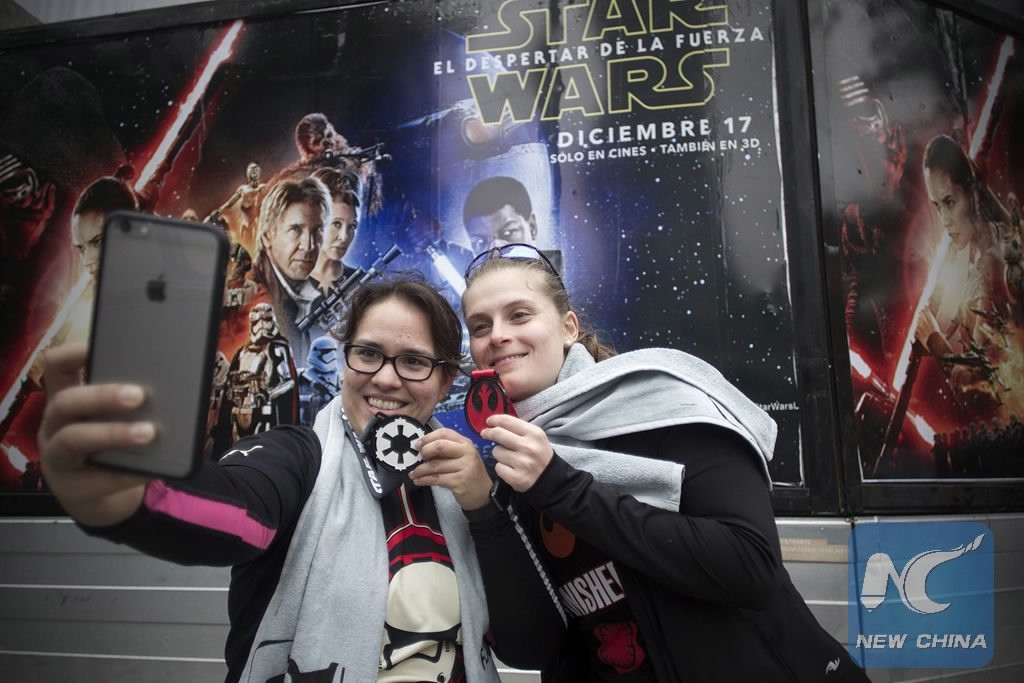 When “Star Wars: Episode I - The Phantom Menace” was released in China in 1999, it was exactly 22 years - approximately one generation - after a global whirlwind was whipped up by the original movie.
Film attendances in China were at a peak around 1980, but the series was not available to make a first impression, and even if it had been, judging from public reaction to other Hollywood sci-­fi movies that found their way to China then, it would probably have been met with a lukewarm reception.
And when China emerged as a market juggernaut in the late Noughties, the new wave of moviegoers showed little interest in a franchise that was too old for them and carried the baggage of legacy.
The mismatch between a cultural product’s timing and its audience’s mentality could not be more poignant if you study the popularity of Hollywood franchises such as “Harry Potter,” “The Lord of the Rings,” “The Avengers,” “X­Men” and other superhero series. They all arrived in China in the new century.
To sell “Star Wars” to this demographic would be like selling them their grandfather’s Oldsmobile.
This is not to say that George Lucas’ creation does not have loyal Chinese fans. But the fan base is simply not large enough. According to a Chinese online forum, most Chinese fans of the series are residents of Beijing or Shanghai, in their 30s, well-educated and proficient in English.
That effectively limits the market to a small coterie of elites. 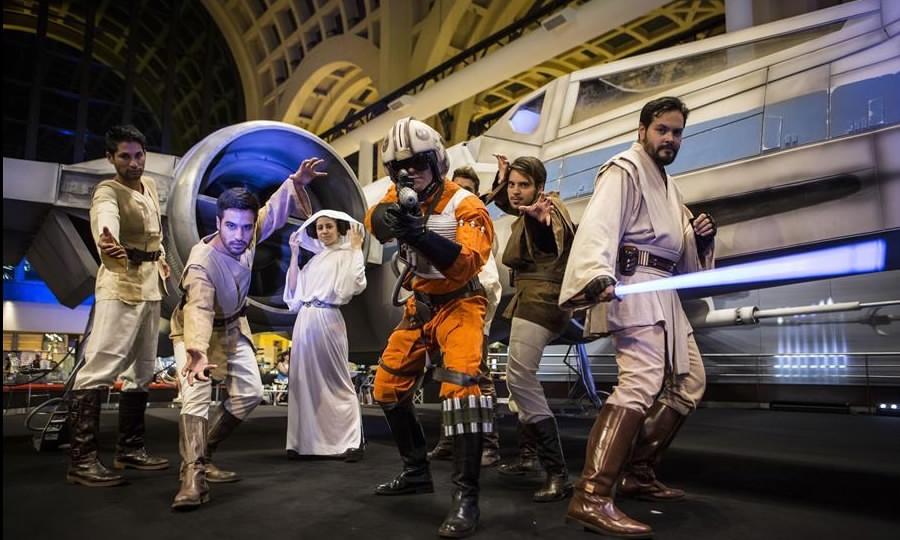 People with costumes of Star Wars saga characters pose in front of a life-sized replica of the X-Wing, during the premiere of the movie "Star Wars: The Force Awakens," in a mall in Buenos Aires, capital of Argentina, on Dec. 16, 2015. /Xinhua Photo

People with costumes of Star Wars saga characters pose in front of a life-sized replica of the X-Wing, during the premiere of the movie "Star Wars: The Force Awakens," in a mall in Buenos Aires, capital of Argentina, on Dec. 16, 2015. /Xinhua Photo

Other Hollywood superhero series have roots in comic books and television shows, but the big-screen versions rarely use that legacy as prerequisites for viewing pleasure. Instead, they tend to reshape the personas of the heroes around the contours of those whom modern-day moviegoers can relate to.
In China, “Star Wars” has turned into a so-called “fan film,” meaning only fans with intimate knowledge of its storied past may be able to enjoy all the little details while the majority would feel like sitting in a show of stand-up comedy delivered in a foreign language.
“Star Trek,” the other Hollywood sci­-fi franchise with deep roots, has fared even more poorly. “Star Trek Into Darkness,” the 2013 movie directed by J.J. Abrams, totaled only 351 million yuan in China, hardly an uplifting figure for a Hollywood heavyweight.
Hollywood blockbusters that climbed over the billion ­yuan benchmark in China have one of two things: computer­generated spectacles galore or strong emotional resonance.
It is a little ironic that “Zootopia” or “Coco,” both Disney offerings, opened in China with little fanfare and even less promise, but were propelled to box-office stratosphere (the symbolic one-billion-yuan mark) mainly by emotionally connecting with the Chinese society and creating such a buzz on social media which made them must-see events.
“Star Wars,” dense with cross-­references and allusions, has posed a mounting challenge for viewers who are unable or unwilling to time travel to “a long time ago in a galaxy far, far away” and digest all the lore and history before they can keep pace with the rest of the world.
To achieve the hit status in China, “Star Wars” needs to reach out to its Chinese base, knowing its desires and quirks, while the Chinese audience needs to perform some due diligence to uncover the richness of the Star Wars universe.