Analysis: Trump incoming, Time for a Recap of the Economic Implications 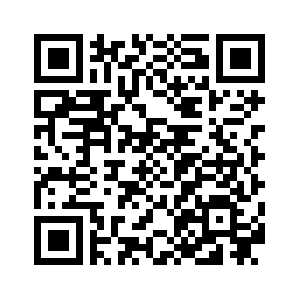 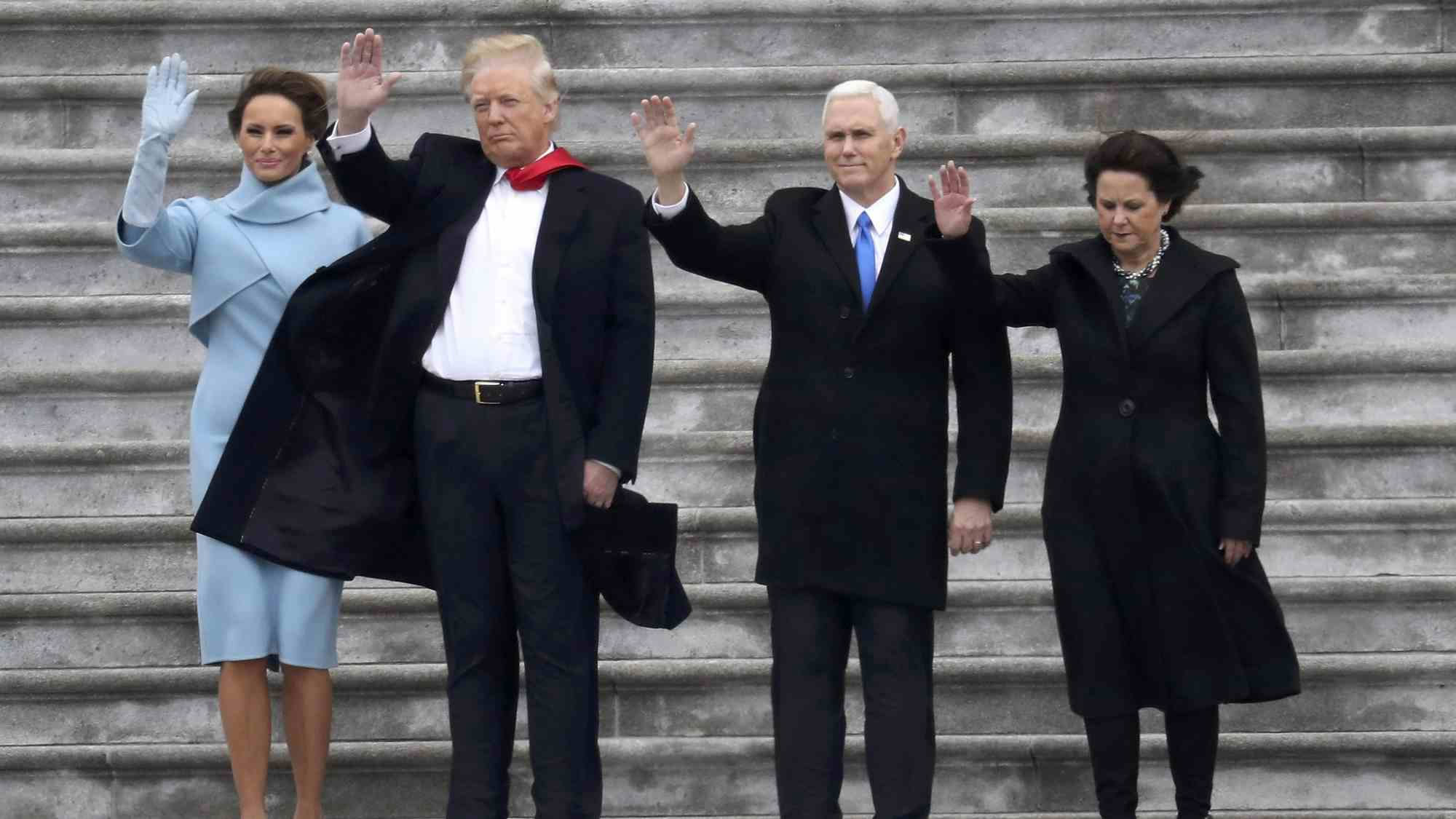 Guest commentary by Patrick Musgrave
Donald Trump has become the 45th president of the United States. The sky doesn't seem to have fallen yet, and the view from your window probably looks a lot like it did yesterday. But make no mistake – a large symbolic change has occurred in the economy, particularly to global trade and American fiscal policies.

Globalisation in the Crosshairs

As anyone with even basic economics training will tell you, there are clear benefits from trade. Of course at the level of individual sectors within a country, there are winners and losers, but when countries specialise in their comparative advantage and trade freely, all countries are better off at the national level. What an equitable distribution of these gains from trade looks like is an age-old debate, and one which is beside the point as to whether trade, in and of itself, is desirable. That's why the economist in me can't help but be disappointed when – and this is unprecedented in recent history – both major American political parties tapped into festering anti-globalisation sentiment. 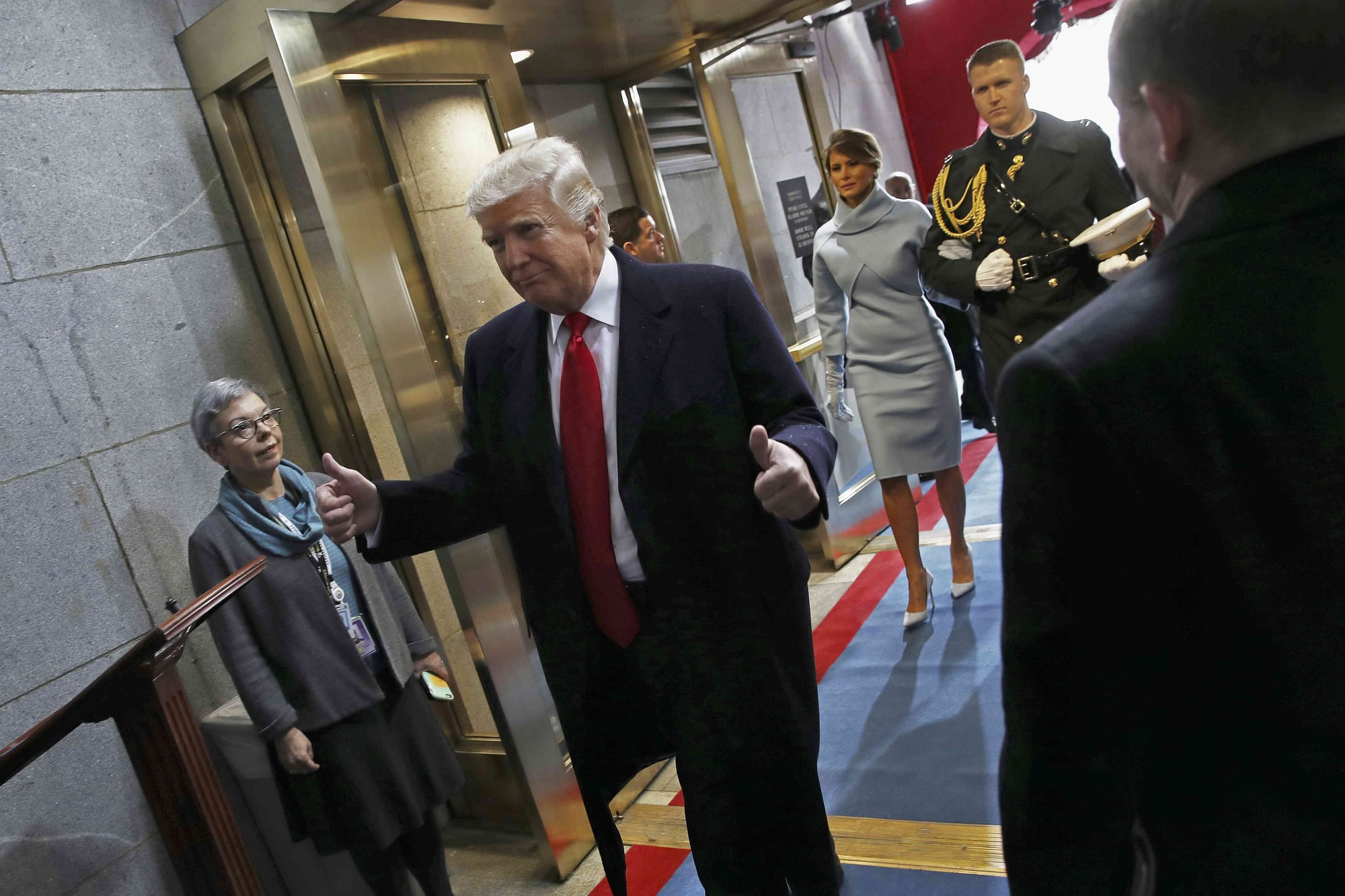 US President Donald Trump leaves after being sworn in followed by First Lady Melania Trump on the West Front of the US Capitol on January 20, 2017 in Washington, DC. /CFP Photo

US President Donald Trump leaves after being sworn in followed by First Lady Melania Trump on the West Front of the US Capitol on January 20, 2017 in Washington, DC. /CFP Photo

But the era of globalisation has not come to an end. Far from it. For example, last week's average adjusted closing share price of Maersk, the largest shipping company in the world, was nearly 15 percent higher than its two-year average. Keep in mind that stock prices incorporate masses of data about future expected profitability: The price reflects what the market would be willing to pay today for the stream of profits it expects the company to earn for the rest of time (of course, a dollar in the distant future is worth less than a dollar tomorrow).

All or nothing globalisation? Reality is more nuanced

This trend isn't just a shifting about of market share. Adjusted share prices of major players across global logistics and supply chain industries, despite many taking a dip when globalisation-eschewing Trump became president elect, haven't exactly nosedived. Smart money doesn't see the end in sight. Nuance is key.
A Trump presidency does indeed spell serious trouble for particular globalisation segments: Swati Dhingra, a globalisation expert at the prestigious London School of Economics, told Euronews a Trump presidency might have a profound effect on "very deep" parts of trade agreements. She gave as an example segments that some people see as "very intrusive and imping[ing] on national sovereignty and policy spaces, like the investment dispute settlement mechanism,‍" which potentially allows multinationals to claim compensation from countries whose policy changes hurt their bottom line. The areas likely bear the brunt of the impact are relatively esoteric, highly regulated sectors like pharmaceutical precursors and petrochemicals FDI. Don't expect the iPhone to be made in America any time soon. Indeed, Trump's March claim that he'd "get Apple to start making their computers and their iPhones on our land, not in China," argues Bloomberg View's Adam Minter persuasively, is an "empty campaign promise. And that's for the best."

The other key platform Trump ran on, besides immigration and trade, is fiscal overhaul. Americans current income tax system has 7 brackets, maxing out at nearly 40 percent for income earned in excess of a high cutoff, about 9 times the median household income for joint filers. Trump's plan would flatten the 7 brackets into 3, with a maximum rate of 33 percent kicking in at a bracket starting around 4 times the median household income. That's essentially carving off the top few brackets, and taxing super-rich Americans as pretty-rich Americans have been. Meanwhile, median income earners – and the majority of the politically valuable "middle class" – see their top bracket fall from 25 percent to 12 percent (although combined with other changes, a few middle class households would actually pay slightly more than before). D.C.-based think tank The Tax Foundation calculates enormous revenue implications, with tax money available to federal programs falling by 4.4 to 5.9 trillion US dollars over the next decade. 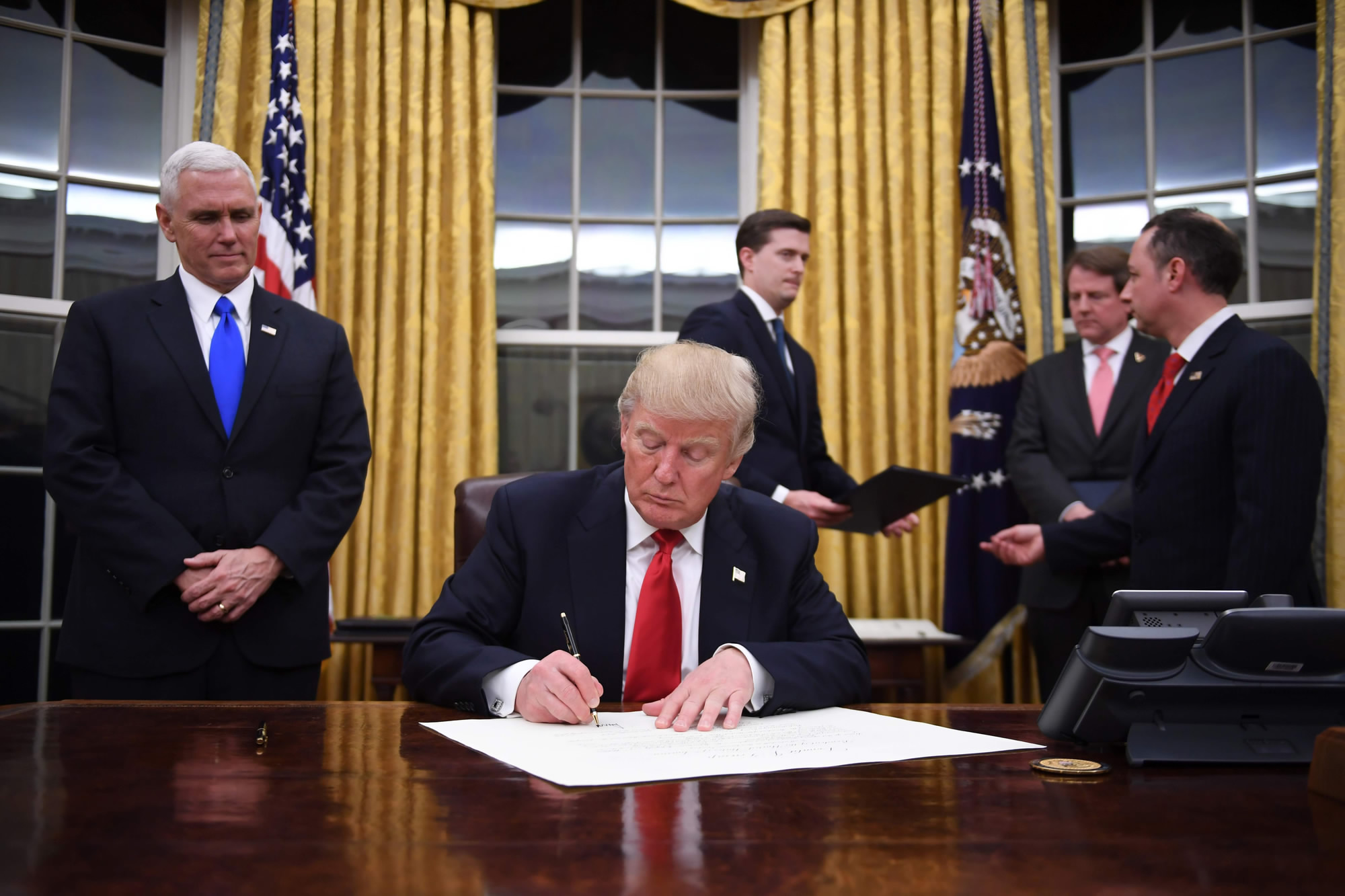 US President Donald Trump signs a confirmation for John Kelly as US Secretary of Homeland Security, as Vice President Mike Pence (L) and White House Chief of Staff Reince Priebus (R) look on, in the Oval Office of the White House in Washington, DC, on January 20, 2017. /CFP Photo

US President Donald Trump signs a confirmation for John Kelly as US Secretary of Homeland Security, as Vice President Mike Pence (L) and White House Chief of Staff Reince Priebus (R) look on, in the Oval Office of the White House in Washington, DC, on January 20, 2017. /CFP Photo

Where will the difference come from?

There's a lot of complicated analysis that goes into figuring out how these tax breaks will affect the economy as a whole: will people work harder since they keep more of their income? Or will things continue more or less as normal, and the breaks just constitute a fiscal deficit? No one really knows, and recorded economic history just isn't long enough for even the fanciest of econometric regressions to tell us with much certainty – that "ceteris paribus" condition just never seems to play game. But if predictions of at least a short- to medium-term deficit are correct, Americans will have few options to finance this shortfall but debt. This is not the end of the world, but also not a long-term anecdote for economic stagnation, and probably not the best remedy for an already-jaded American public worried about the rising deficit.
(Patrick Musgrave is an independent journalist based in Beijing. He worked as Senior Technical Editor and Content Manager with CSOFT International. He has a background in economics, IT, and Chinese business. The article reflects the author's opinion, not necessarily the view of CGTN.)